It's just days to go until the world's top 50 superstar golfers descend on Jumeirah Golf Estates for the season-ending DP World Tour Championship, Dubai, from November 17-20. Expect to see Major Champion Rory McIlroy and Ryan Fox go head-to-head as they bid to win the DP World Tour Rankings in partnership with Rolex on the famous Earth course.

Besides golf celeb spotting, here is why you need to go: 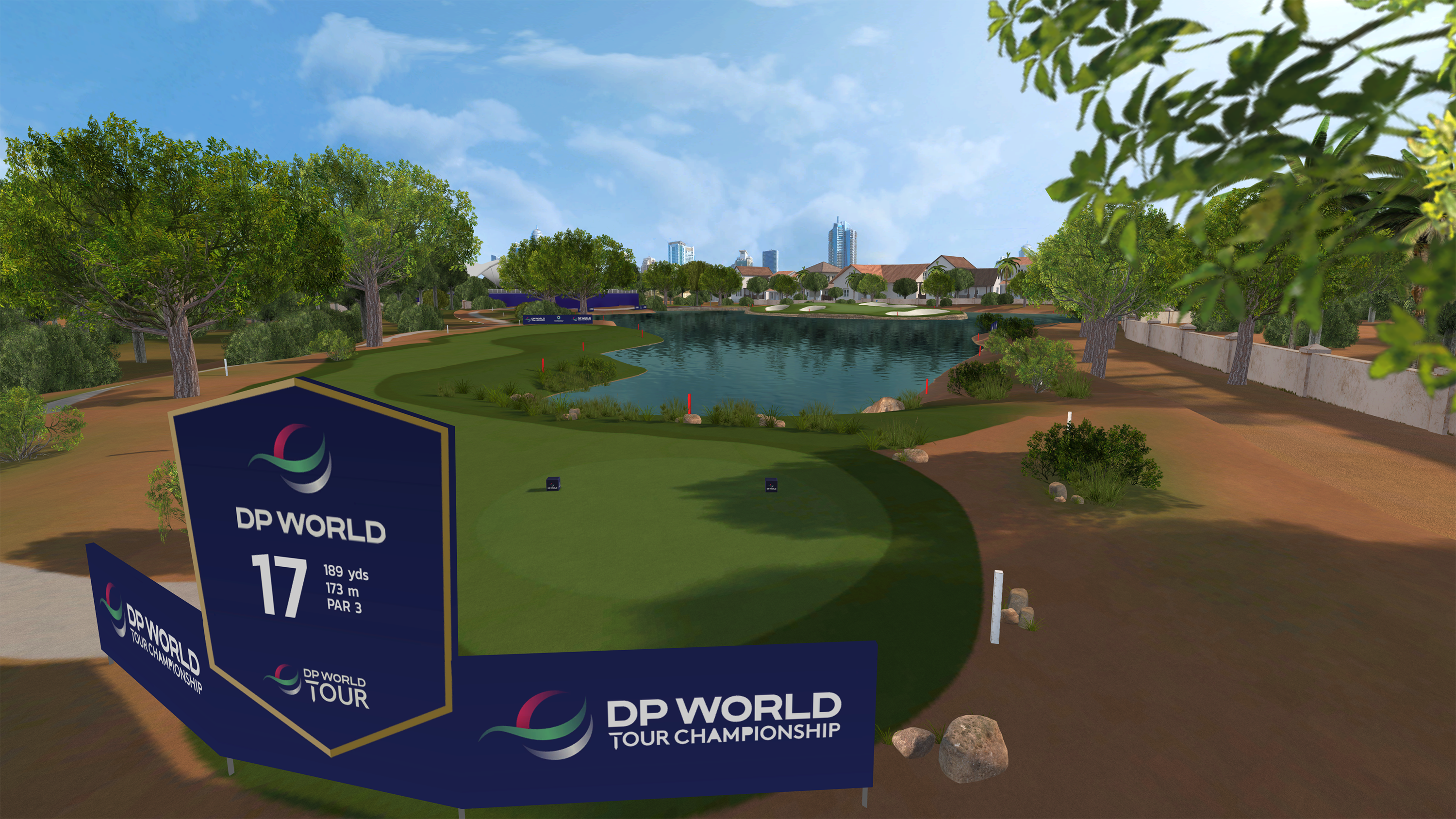 1.  Play professional golf in the Metaverse

From 10th – 25th November, Golf5 eClub members can play in the "DP World Tour Championship Metaverse Challenge". The virtual reality tournament allows players to compete against each other in a new virtual reality simulation of the final three holes of the Earth Course at Jumeirah Golf Estates in Dubai — the same course the world's leading players, such as Rory McIlroy, Jon Rahm and Matt Fitzpatrick, will be playing from 17th-20th November as they fight to be crowned the winner of the 2022 DP World Tour Rankings. It's the first time a professional golf Tour has launched a tournament in the Metaverse, with the winner receiving an NFT of the DP World Tour Championship trophy and their very own DP World Tour branded golf tour bag.

2. Cool down with a golf-themed ice pop

Homegrown ice-lolly favourite House of Pops has created a limited edition golf-themed series of pops for fans to quench their taste buds with its 100 per cent all-natural fruit flavours. Choose from a Birdie or a Bogie! Just don't ask for four fores, please! It'll get confusing!

If there's one bar you should make an effort to get to, it's the Topgolf Bar on the 17th hole. Guests can choose from a range of refreshing beverages and take in the amazing views whilst having the chance to spot the greatest golf players on earth as they pass through the venue to get to the final hole. It's worth the walk, trust us!

Who is the chicest of them all? An esteemed panel of Dubai fashion influencers will decide on Saturday, 19th November ‑ don't miss the Best Dressed Competition hosted by Suited & Booted Dubai as part of the Ladies Day celebrations at DP World Tour Championship. Dubai's glamour pusses will be out in force to judge the style stakes and pick a deserving fashionista for the top prize. Female visitors to the Ladies Day will also be treated to two complimentary beverages, ladies' golf clinics, and much-needed pampering stations, among many other perks.

5. Be Entertained in the Championship Village

The Championship Village is where all of the off-course entertainment is happening over the weekend. From 17th through to 20th November, there will be a host of activities for everyone to enjoy, including a bouncy castle, shows and activities for the little ones, live music and plenty of delicious F&B options for the adults. There will be big screens showing the golf action, so there is no need to miss any of it.

6. Make this World a Better Place

Committed to being one of the greenest golf tournaments in the region, there are many sustainability initiatives to look forward to at the upcoming DP World Tour Championship. Something you won't miss on the grounds is the big DP World Recycling Container, as part of DP World Tour's mission to rescue and repurpose millions of golf balls that are lost every single year. DP World's vast logistics and supply chain network will aid in collecting used and unwanted golf balls, which will be given a second lease of life when they are redistributed to grassroots organisations that champion the game of golf. 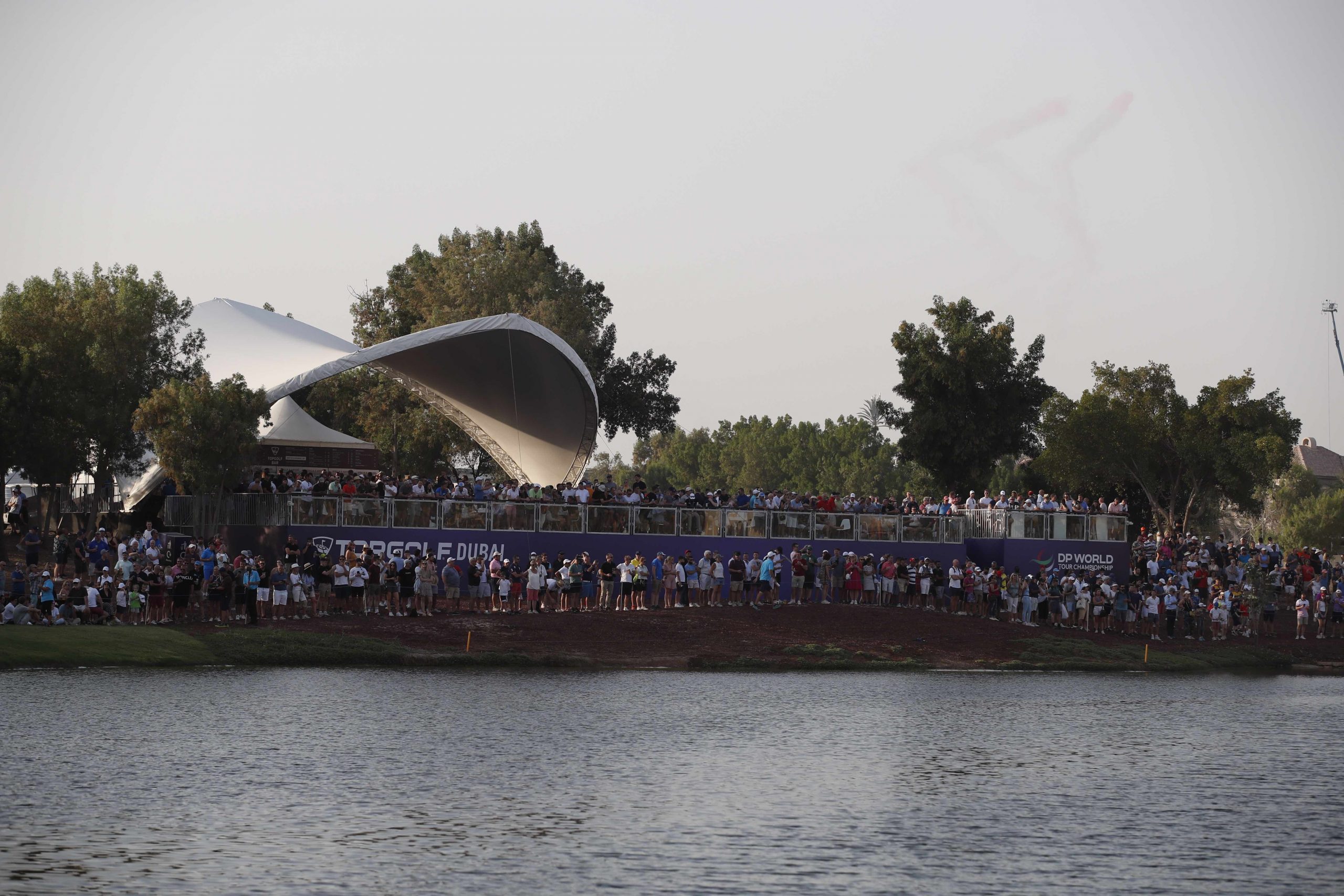 Back in 1999, when he was just eight years old and fresh from winning the U10 World Championship in Florida, Majors champion Rory McIlroy went on TV to show the world how he practised his game at home by chipping golf balls into his mother's washing machine. DP World Tour Championship has recreated this nostalgic moment in the Golf For All zone, where the free golf clinics are happening every afternoon. Fans have the chance to be in the champ's shoes and have a go at the legendary washing machine challenge ‑ you never know who might swing by!

On Tuesday, 15th November, three UAE amateur golfers, Deepak Nicholas, Anna Jentgen and Samuel Collier will play alongside one of the top 50 players on the DP World Tour Rankings at the Rolex Pro-AM event after being crowned Leading Man, Lady and Junior in the Luckiest Ball on Earth Grand Final. An annual regional golf competition, the qualifying tournaments were held at 19 golf clubs across the UAE, offering these three lucky winners the once-in-a-lifetime opportunity to play alongside golf's biggest names in the star-studded DP World Tour Championship. It will be a great demonstration of local and global talent.

Don't forget there are still free general admission tickets for the season-ending DP World Tour Championship. Be sure to register online here for free general admissions tickets. For a range of premium experience tickets starting from AED950, book here if you would like to avail of the exclusive Championship Chalet or Earth Lounge seats; both include breath-taking views, free-flowing hops and delicious bites ‑ all while watching some of the greatest players in the world at the DP World Tour Championship, Dubai from November 17-20th.