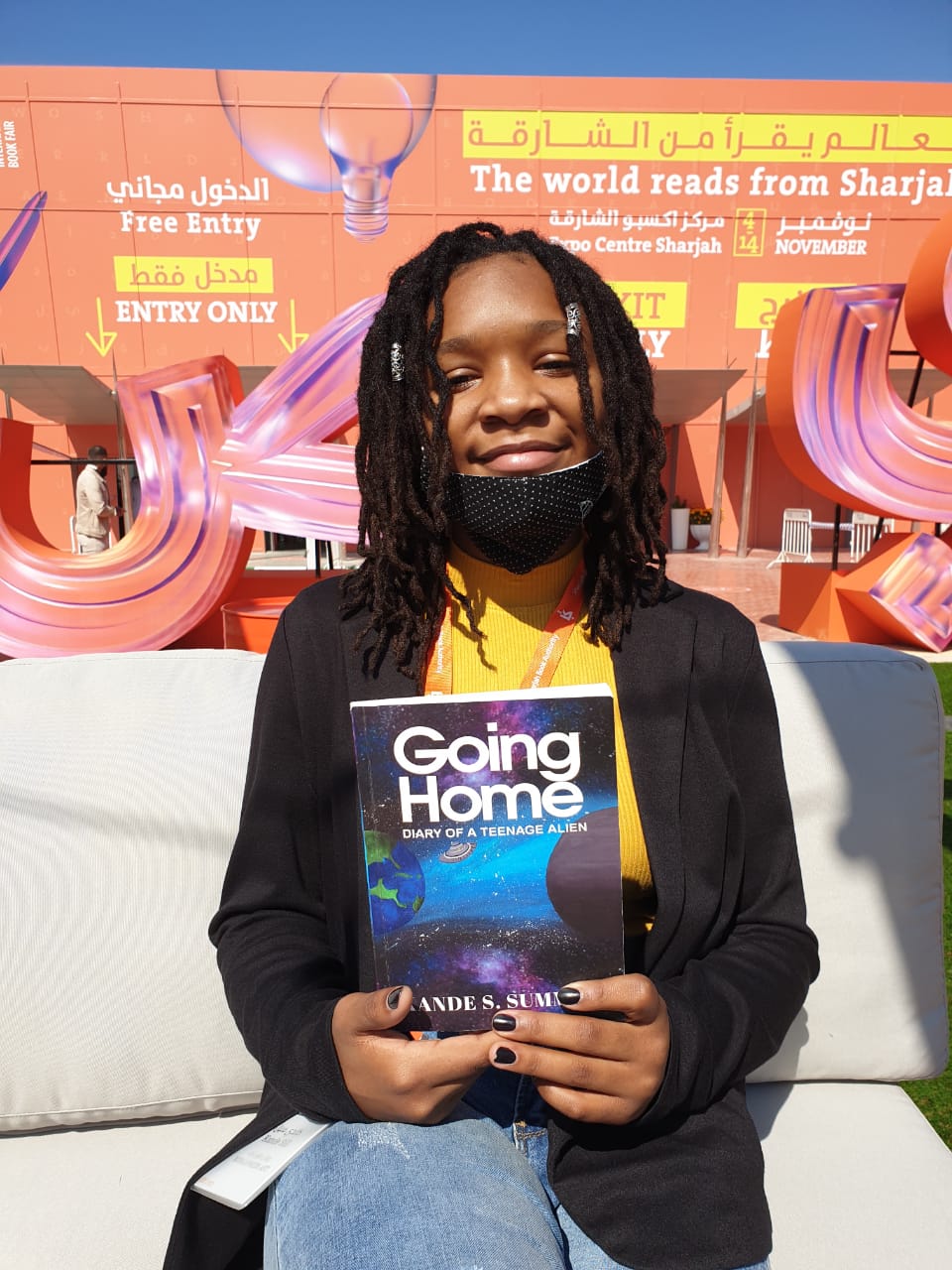 UK born author Kande S. Summers pens her first book entitled “Going Home: Diary of a Teenage Alien”. This book is written through the adolescent lens of the main character called Liz, who adopts a dystopian and explorative perspective of how an intergalactic war would change the world as we know it today.

As a reserved and curious child, Kande began reading at a very early age whilst attending Oldfield Primary School in Maidenhead, England. At the age of 7, she emigrated with her parents to the United Arab Emirates, where she attended English speaking schools in the Al Ain region of the Abu Dhabi emirate, where she began to develop a love of English literature and the various writing styles, especially poetry.

Influenced by her growing interest in writing, Kande’s first venture into writing began at the age of 10, by virtue of her effervescent younger brother, which inspired her to write a poem entitled ‘My Spirited Little Brother’.

Kande’ has had the good fortune of attending numerous book fairs with her parents.  Her path to writing success began in 2020 after she entered a writing competition organised by Lit Publishing. Surprisingly, she won in the Under 12 category for writing a letter about her Queen (her mum). Kande then became motivated by her unexpected win.

Having tasted success, she embarked on a strategy of independent research, in the world of book publishing, and eventually found a suitable publishing company and inexpensive publishing platform, that enabled her to publish “Going Home: Diary of A Teenage Alien” of which she produced the content.

The book is now available to purchase on Amazon, in both Kindle and print format. Kande is exhibiting at the Sharjah International Book Fair (SIBF), November 4 - 14 2020 in Hall 6, Stand O – 03, where a signed copy of the book can be purchased.  SIBF is the largest book fair in the Middle East and Africa, as well as one of the best book fairs in the world.