If you think you knew every majestic and jaw-dropping destination out there on earth, think again! Our world is filled with amazing places that are so beautiful, they’re almost unreal. And many of us never knew they existed!

In the following, we’ve compiled 21 of the lesser-known gems around the world that you should definitely include in your bucket list:

1. THE CROOKED FOREST NEAR SZCZECIN, POLAND

Visit the Crooked Forest in Poland where trees of a unique structure are found growing in clumps. Here, you will discover about 400 pine trees, growing with a 90-degree bend from the roots. Experts believe that the occurrence is due to the gravitational bend in the place. Strange right?

2. THE HIDDEN BEACH OF THE MARIETA ISLANDS, MEXICO 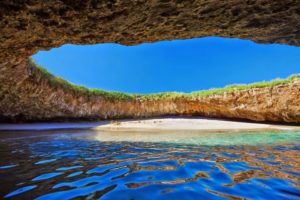 You’ve probably been to as many beaches as you can in your life. But we’re sure you must not have visited a ‘hidden’ beach! Visit the ‘Hidden Beach’ As a amazing places on the Marieta Islands in Mexico only if you’re looking for a different kind of adventure as the only way to access it is by kayaking or swimming through the long water tunnel. 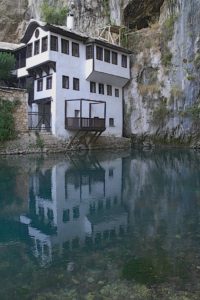 If you’ve visited the quaint village of Blagaj, you might have also seen the great view of the 600-year old monastery, Blagaj Tekke, under the cliffs. This awe-inspiring monastery was constructed for the Dervish cults. While visiting, enjoy the monastery’s great wooden interiors and sip a cold drink as you enjoy the sights of the Buna River. 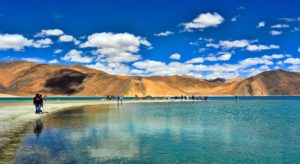 One of the most peaceful landscapes in the world can be found at the Pangong Tso Lake in Ladakh. This emerald lake transforms its colours according to the salts inside and is a dream for Himalayan campers. The lake stretches for about 160 kilometres, extending from India to Tibet. Wow, that’s a huge lake! 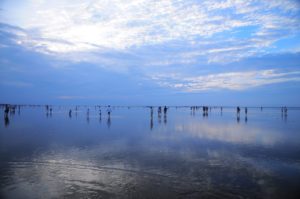 The Salar de Uyuni is a 10,582 sq. kilometre salt flat, located in the southwest of Bolivia. It is often referred to as the world’s largest salt flat. The unique landscape on it was formed due to the transformation of the prehistoric lakes around the area. It’s also a favourite with photographers and Instagrammers who refer to it as the place the sky and earth merge due to its reflective properties. 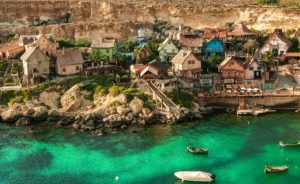 This village was created to be the set of the Popeye film back in 1980. That is before it was repurposed as a theme park. Did you know that the tree trunks in this village were imported from Holland and about 2000 gallons of paint were used in its finishing? Now, the tourists who visit this amazing places can enjoy a wide range of attractions including trampolines, winery and boat rides. 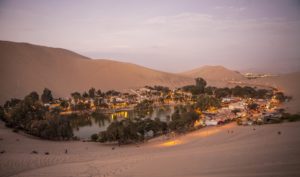 Explore the desert oasis called the Huacachina, located five hours south of Lima in Peru. This watering hole was once popular only amongst the upper class who wanted to escape the heat and sand dunes of Ica. Today, tourists come here to enjoy dune buggy rides and sandboarding. 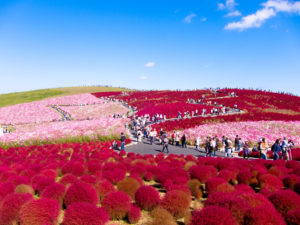 If you love flowers, check out the Hitachi Seaside Park in Ibaraki where you can enjoy a peaceful blooming flower paradise near the city (just two hours from Tokyo!). The park rose to fame because of its beautiful pale blue nemophila flowers which bloom in spring, and its vivid crimson Kochia bushes which overtake the valley in fall. It’s truly a sight to see! 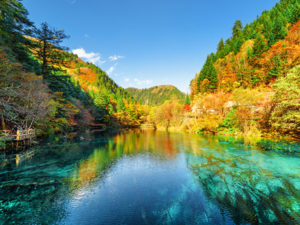 The Jiuzhaigou National Park national park is known for its 108 lakes, famed for being multi-coloured and contrasting to its rich natural landscapes. The park has many water bodies that have been naturally preserved by the Min Mountains close to the Tibetan Plateau, most of them showcasing different colours in various angles. It’s a nature lover’s paradise. Accommodation is also easily available with many populous cities around. 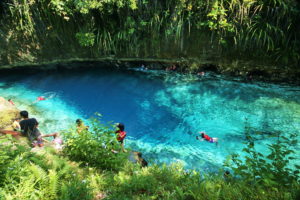 Visit the Philippines to discover the Hinatuan River, also called the Enchanting River because of its bright blue colour. As the name suggests, its staggering beauty captures the hearts and eyes of many as it flows through the islands of Palawan, Boracay and Siargao. People from all walks of life visit the river as a amazing places to enjoy in the water while getting away from the blistering heat. 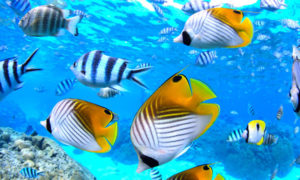 The Aquarium in Rangiroa is a naturally formed lagoon which hosts odes of tropical fish and colourful marine life. This wonder has topped the lists of travellers and explorers from across the world for many decades due to its landscape... Or should we say ‘waterscape’? If you’re a diver, you might want to include this aquarium in Rangiroa on your diving list. 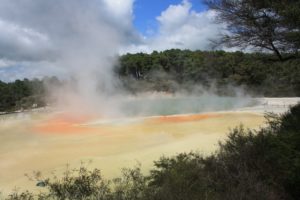 Known as one of the world’s most majestic geothermal wonders, Rotorua is a bustling village in New Zealand on the rim of a giant geyser belt. The village has many spas and natural geysers, some privately owned and others conveniently located near holiday resorts. With the rise in popularity of the Rotorua Hot Springs, mud pools and warm spring waters of this iconic natural attraction is quickly becoming a centre for medical tourism as well. 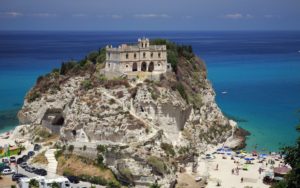 Just like out of a fairytale, the Santa Maria dell’Isola Monastery is perched on top of a rocky cliff and has weathered wear and tear over the centuries. But adding to its allure and mystery is a secret entrance to it through which you can get a great view of this 12th-century Franciscan monastery. 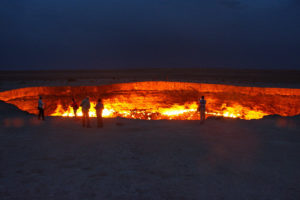 Sounds creepy, but the Door to Hell does exist! And it’s in the form of a fire-breathing crater. The Darvaza is a natural gas field, which is called by the natives as a ‘gateway to hell.’ Geologists set a collapsed cavern on fire in 1971 to prevent methane gas from spreading. And until now, it keeps burning. 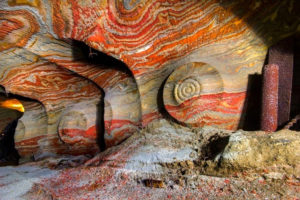 These psychedelic salt mines in Russia will blow your mind! Here, you will witness puzzling wall patterns of varying geometries that will trigger your curiosity and wonder. This amazing scenery created due to the presence of a mineral called carnallite which can create colourful swirling patterns. 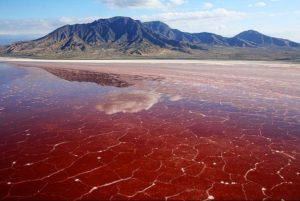 Don’t get too close to Lake Natron! Its waters can turn animals into stones. The almost magical lake has water with a 10.5 pH value alkaline, burning the skin of any animal touching it. This alkalinity is derived from the sodium carbonate mineral flowing into it from the surroundings. 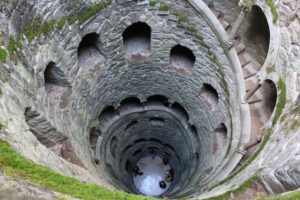 Have you ever heard of an inverted tower? The Quinta da Regaleira is just that — majestic and curious, beautiful inside and outside. And it remains a puzzle to see if the tower is a tower or a well. 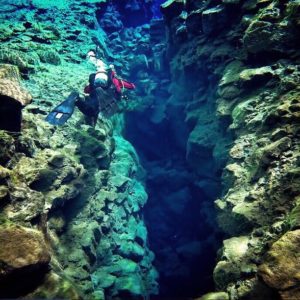 This lake holds the rifts that separate the continents of North America and Europe in one single place. Its deep blue waters give you an altogether mysterious feel. Find out how it is by swimming between the crack to feel as if you’re between America and Europe. 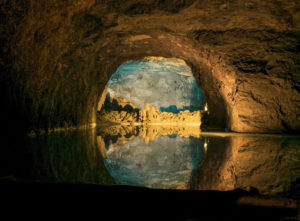 Called the largest subterranean lake in Europe, the Seegrotte is a large cave system with a grotto formed under an abandoned gypsum mine. It is 60 metres below ground level. Through boat tours, you can discover more about this amazing places. 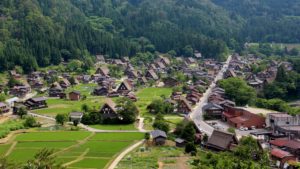 Do you love the idea of old, quaint and traditional villages in charming settings? If so, then check out the Gassho-zukuri farmhouses of Japan, known to be some of the oldest in this country. The cottages and guesthouses here reflect tradition and simplicity in its highest form. 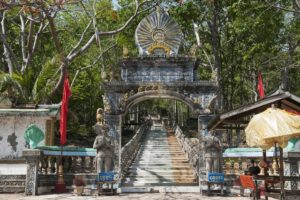 If you want to go somewhere else other than Angkor Wat, check out Phnom Santuk where you can climb 807 steps to a beautiful pagoda on top of the mountains in Kampong Thom. Also, check out the Sambor Prei Kuk, a world heritage site, now abandoned and overrun with nature.

READY TO PACK YOUR BAGS AND HIT THE AIRPORT?

Refer to this list of amazing places to plan your offbeat travels and discover the gems often missed by the majority of backpackers and tourists from around the globe.

ESCAPE ON A FAMILY SUMMER ADVENTURE TO...