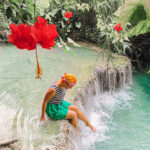 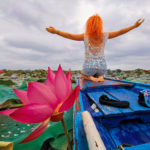 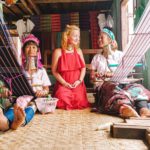 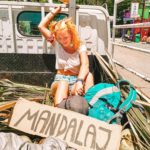 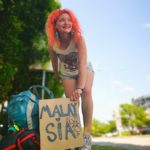 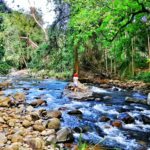 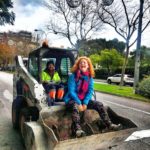 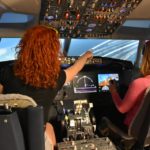 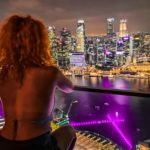 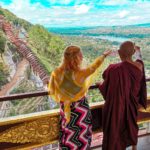 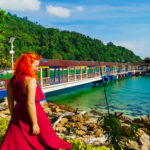 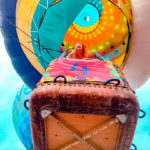 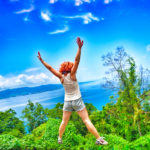 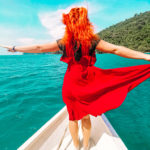 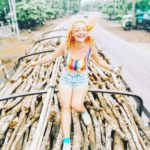 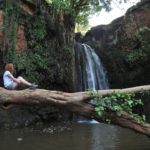 I started my travel adventure about four-and-a-half years ago when a friend asked me if I wanted to go to a hitchhiking championship. Until then, I had given hitchhiking a try once in Spain, without success. I have always enjoyed doing weird and funny things like riding the subway with no pants on, giving out free hugs or dancing with random people. Me saying yes to a hitchhiking championship was a start of something marvellous in my life. We were supposed to hitchhike from Prague, The Czech Republic to Athens, Greece and complete some challenges on the way such as cooking a local meal or milking a sheep. My friend and I have hitchhiked from Prague to Athens and back (4.500km) in five-and-a-half days, which made us the winners. Since then, I knew this would become my passion and later my lifestyle. I took part in nine travel competitions since then and won four of them such as Swiss hitchhiking championship, Low-Cost race or Hungarian championship in hitchhiking. It created the most amazing memories I could have ever hoped for. That’s why I decided to go on a trip around the world. I have been travelling for eight months now without a break and in total have visited about 63 countries.

It took me on a journey of hitchhiking planes, boats, police cars, trains, soldiers, firefighters, even piloting a plane or a subway. The journey of hitchhiking through 14 countries with a 2kg bag in 10 just days, made me a yes woman - saying yes to any question and doing all sorts of adventures even when I didn’t feel like it at first. I ended up dying my hair, attending over 20 foreign weddings, christenings, seeing awesome festivals all over the world, fishing, dancing on stage with famous bands or dancing on top of trucks, cooking at a Michelin star restaurant, tracking gorillas in Africa, hitchhiking an armoured transport vehicle, and even a freaking hot air balloon in Malaysia! I have also survived a boat catastrophe when the engine stopped working as well as the boat’s helmet in the middle of the sea.

I slept in the most amazing places you could imagine, countless rooftops, police stations, in prison, on farms, at the houses of locals, in cars, by the road, in tents. I woke up at gas stations, near river banks, on boats, planes, or to a llama looking straight into my face. I have been to luxury villas as well as the houses of the poorest people. I have slept at a bakery in Georgia or different beaches around the world.

I volunteered in various parts of Africa and helped to establish sex education as a curriculum subject in a school in Tanzania. I have volunteered at an elephant shelter in Sri Lanka, constructed buildings in Malaysia, taught English to adults in Thailand and helped with social media in Laos. At the moment I am volunteering at a hostel in Osaka, Japan, with the most amazing people from all around the world.

I still have many dreams to fulfil ahead of me. Such as riding an ostrich, hitchhiking a NASA spacecraft or a submarine.

The reason I blog about everything is to show people the possibilities they have. To demonstrate that they themselves can go out there and live their lives to the fullest; they can also be living their dreams. I try to motivate my followers to step out of their comfort zones, show them that travelling does not necessarily require tons of money and help them take the first steps in their hitchhiking stories.

I believe that anything is possible as long as you just go after it and don’t give up at the first signs of failure. Even after failing for the 20th time, you still keep on trying, and it just WILL work out the way you want.

Juhu Reznickova is a 28-year-old teacher who earned a Bachelor’s degree in English Language, Literature and Pedagogy and a Masters in Pedagogy from Charles University.

She enjoys travelling, making videos, taking pics and motivating others. She is also a big cat lover. Jahu speaks English, Czech and Spanish.