With community always at the heart of the museum's programming, visitors to Louvre Abu Dhabi will enjoy a month-long celebration featuring new loans, acquisitions and displays in the galleries, including a Leonardo da Vinci masterpiece, plus workshops, curatorial talks and much more, complemented by a series of unforgettable concerts by three internationally and regionally acclaimed artists: John Legend, Majid Al-Muhandis and Omar Khairat. The anniversary events are supported by Cartier and Abu Dhabi Commercial Bank (ADCB) as Louvre Abu Dhabi's fifth-anniversary partners. 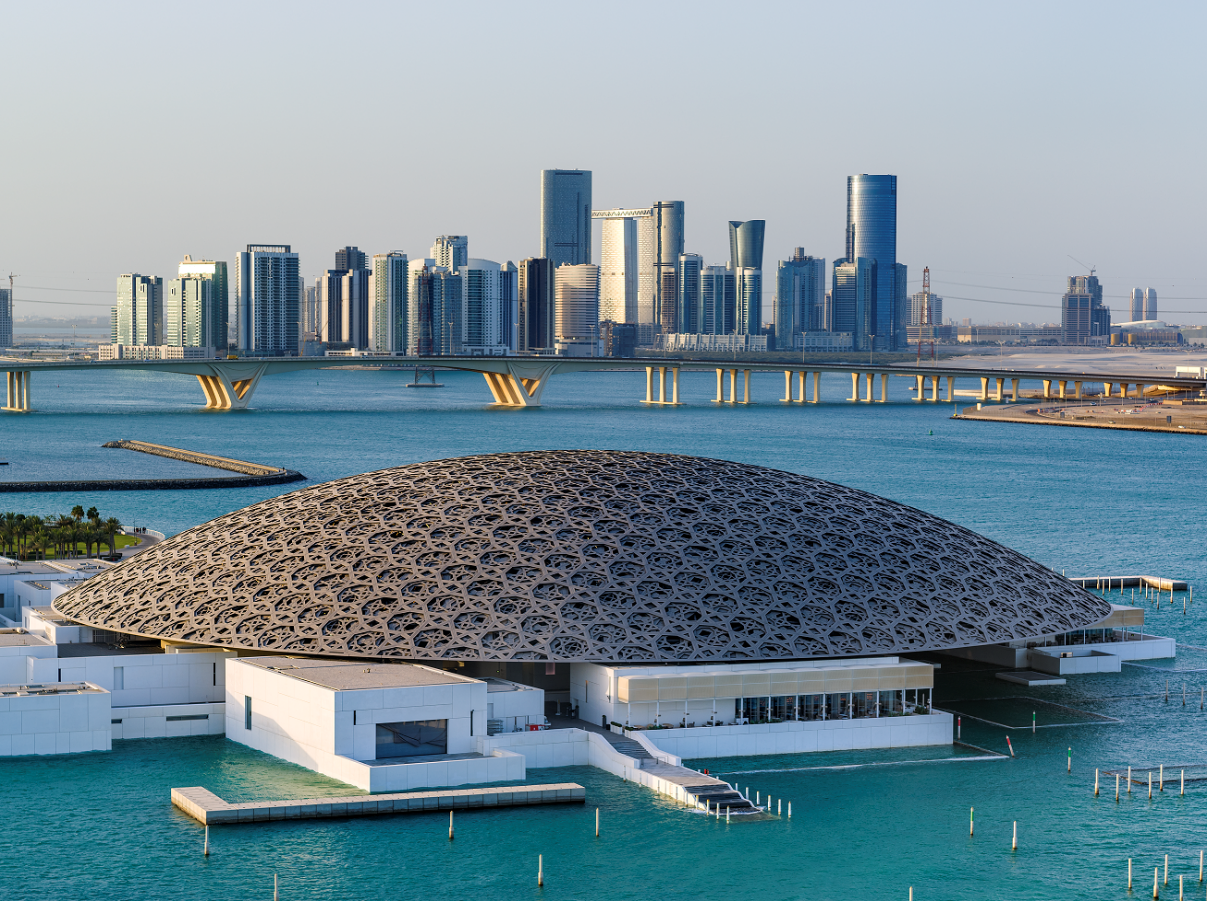 His Excellency Mohamed Khalifa Al Mubarak, Chairman of Louvre Abu Dhabi said: "Louvre Abu Dhabi's fifth-anniversary milestone marks the museum's contribution to the cultural transformation of the emirate, enriching lives by making cultural connections and curating the story of our shared humanity. Louvre Abu Dhabi occupies a special place at the heart of Saadiyat Cultural District, which is rapidly evolving into a leading destination for art, history and culture. We are sharing the best of Abu Dhabi with the world and invite everyone to celebrate with us."

Manuel Rabaté, Director of Louvre Abu Dhabi, said: "This anniversary season for Louvre Abu Dhabi is gearing up to be our most exciting one yet. Creating memorable experiences for the community has always been integral to what we do, and we are excited to offer numerous opportunities for our visitors to learn, explore and celebrate moments of cultural connection. We remain committed to building an understanding of shared humanity, ensuring that every visitor leaves inspired, mindful and connected. Our shared grand story is only beginning, and we are expectant of the bright future that continues along with it."

To mark the anniversary, a series of new acquisitions and loans from around the world was installed in the galleries. Louvre Abu Dhabi's collection is complemented by the arrival of Leonardo da Vinci's renowned masterpiece, Saint John the Baptist, the first in a series of four major loans from Musée du Louvre. Loans from other partner museums include an Ivory Comb dating to 2300 BCE (Sharjah Archaeological Museum), a copy of The Travels of Marco Polo dating to the second half of the 14th century (Bibliothèque nationale de France), and the painting Woman in Blue by Pablo Picasso, completed in 1944 (Centre national d'art et de culture Georges-Pompidou).

The loans are displayed alongside several exciting new acquisitions by the museum. Works recently acquired by Louvre Abu Dhabi for its permanent collection include the painting Thurifer Angel in a Yellow Tunic (c. 1520) by Bernhard Strigel, The Cup of Chocolate (1877 – 1878) by Pierre-Auguste Renoir (currently on display in the museum's Impressionism exhibition), and a Chinese Ritual Tripod Food Vessel from the late Shang Dynasty (12th – 11th century BCE).

Also on show in the galleries are two rooms representing different time periods, immersing viewers in a time and place through furniture, décor, artworks, sound and projection.

Contemporary works are also represented, with 11 mirrors from Italian artist Michelangelo Pistoletto's series Mirror Paintings that will be on display until February 2023. These artworks consist of panels of stainless steel polished to a mirror finish, onto which Pistoletto applies an image made by tracing a photograph blown up to life-size on flimsy paper.

The museum has invited renowned artist Jenny Holzer to present a new sequence of her iconic light projections on and from Louvre Abu Dhabi's stunning architecture. Through her work titled BIRTHDAY, Holzer will revisit the theme of creation in the form of large-scale light projections featuring extraordinary words by poets, artists and others she admires from the region and beyond.

Visitors can also explore two major exhibitions in honour of the museum's anniversary. On display now is Impressionism: Pathways to Modernity (through 5 February 2023), the region's largest-ever showcase of Impressionist artworks, which examines this key artistic movement that completely revolutionised artists' way of seeing and painting the world. The exhibition is organised by Louvre Abu Dhabi in partnership with Musée d’Orsay and France Muséums, and curated by Sylvie Patry, Chief Curator, Deputy Director for Collections and Curatorial Affairs at Musée d’Orsay, and Stéphane Guégan, Scientific Advisor to the President, Musée d’Orsay et Musée de l’Orangerie. 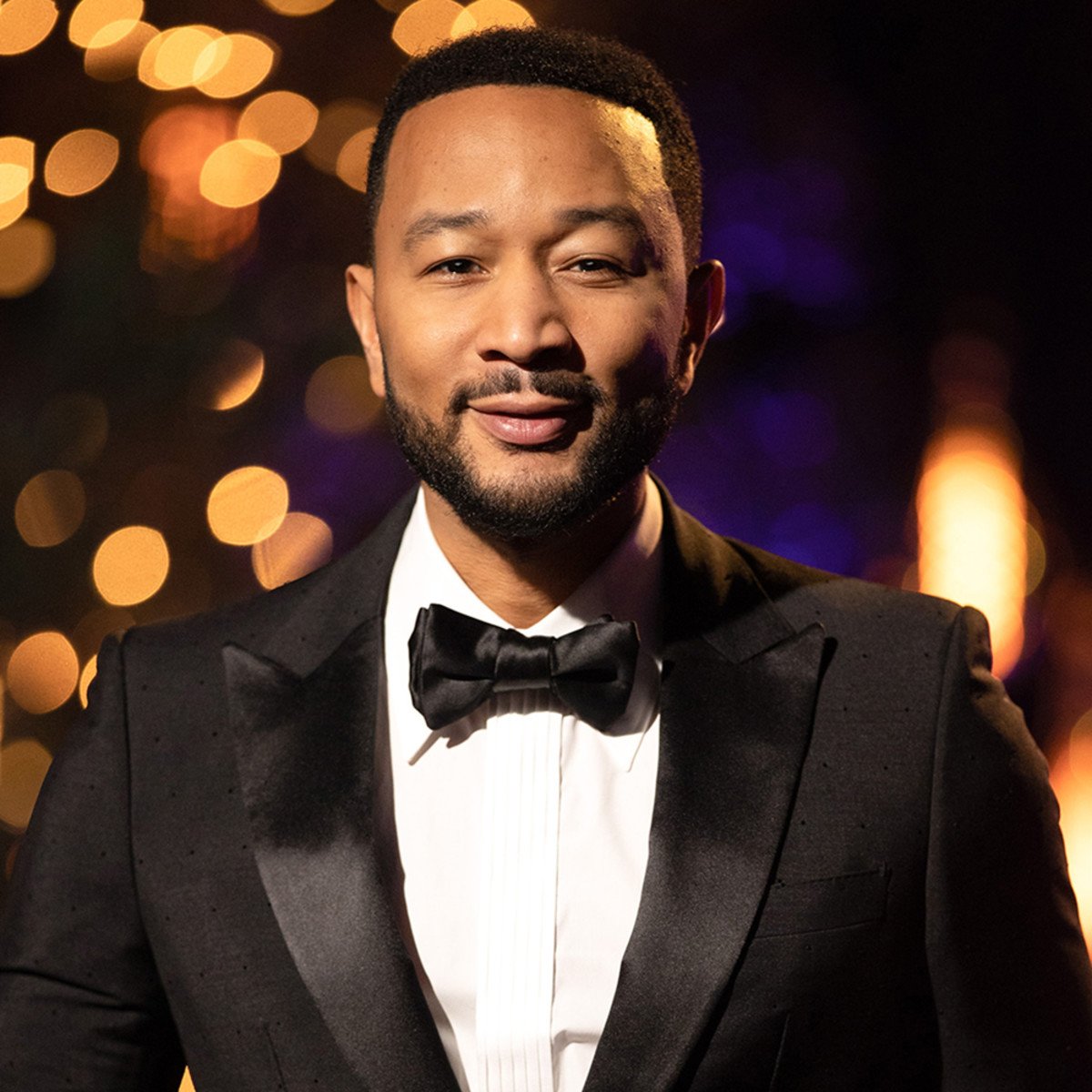 Highlighting global exchange and connectivity, the Louvre Abu Dhabi Grand Festival will present unmissable concerts by three internationally and regionally acclaimed artists in a uniquely stunning over-water setting. On a stage surrounded by sea and under a starry sky, Iraqi singer and composer Majid Al-Muhandis will perform on 11 November, multi-award-winning vocalist and global superstar John Legend will perform on 12 November, and the legendary Egyptian pianist and composer Omar Khairat will perform on 13 November.

Every Tuesday in November, art lovers have the chance to attend a talk given by one of the central protagonists in the Louvre Abu Dhabi story. Each discussion will offer a particular perspective that sheds light on Louvre Abu Dhabi's continued evolution, unpacking the different components that make up a universal museum.

Other fun, family-friendly activities include electric catamaran rides around museum, allowing visitors to make the most of the cool weather, enjoy unique views, and further their cultural experience.

The original model of Louvre Abu Dhabi, created by Ateliers Jean Nouvel, will be available for public viewing at the museum, enabling visitors to view the iconic landmark from different perspectives.

A special digital exhibition showcasing moments from the museum's first five years will also be on display at the museum's entrance, inviting the public to interact and celebrate their most cherished memories at Louvre Abu Dhabi.

The museum re-launched its Creative Interpreters initiative in September of this year, allowing young students to explore and research the museum collection, and encouraging them to create unique and engaging ways to present the artworks using their own voices.

The University Takes over the Museum programme sees students respond to the museum's collection and the question of 'What does it mean to be human?', producing artistic interpretations and interventions in the form of creative encounters, activities, workshops and performances.

In just five years, Louvre Abu Dhabi has established itself as a leading global cultural institution and has become one of Abu Dhabi's favourite destinations, attracting both the local community and international visitors.

As part of its unwavering efforts to offer audiences a wide and ever-evolving selection of masterpieces spanning art historical periods, the universal museum has worked alongside its local, regional and international partners to ensure a continuous ebb and flow within its galleries and continuously grow and enrich the collection. The museum also expanded its digital outreach, providing wider audiences with free access to more online content through its website and mobile application.

Since its opening in 2017, Louvre Abu Dhabi has welcomed more than 3.2 million visitors from around the world, partnered with over 30 regional, French and international museums and institutions, organised 16 exhibitions in partnership with French and regional museums and opened the region's first-of-its-kind research laboratory.

The museum has also continued to further reinforce its position as a centre for learning through its world-class collection, programmes and learning resources. To date, hundreds of cultural activities, including music, dance and theatre performances, conferences and talks, film screenings and well-being activities, have been designed for audiences ranging from seasoned art enthusiasts to children and families.

Education programmes have included school and university guided tours, workshops and programmes engaging over 120,000 students, alongside an annual public programme of masterclasses and activities for both families and adults. Through special activities developed to engage all segments of UAE society, Louvre Abu Dhabi welcomed more than 1,300 senior citizens and nearly 1,000 People of Determination, orphans and young adults being reintegrated into the community. The museum has also been building the next generation of Emirati museum professionals by providing job opportunities and high-standard training in the cultural sector.

Over USD 1m Raised at the Abu Dhabi...