‘AL HILM’, THE OFFICIAL BALL OF THE FIFA WORLD CUP 2022™ SEMIS and FINALS 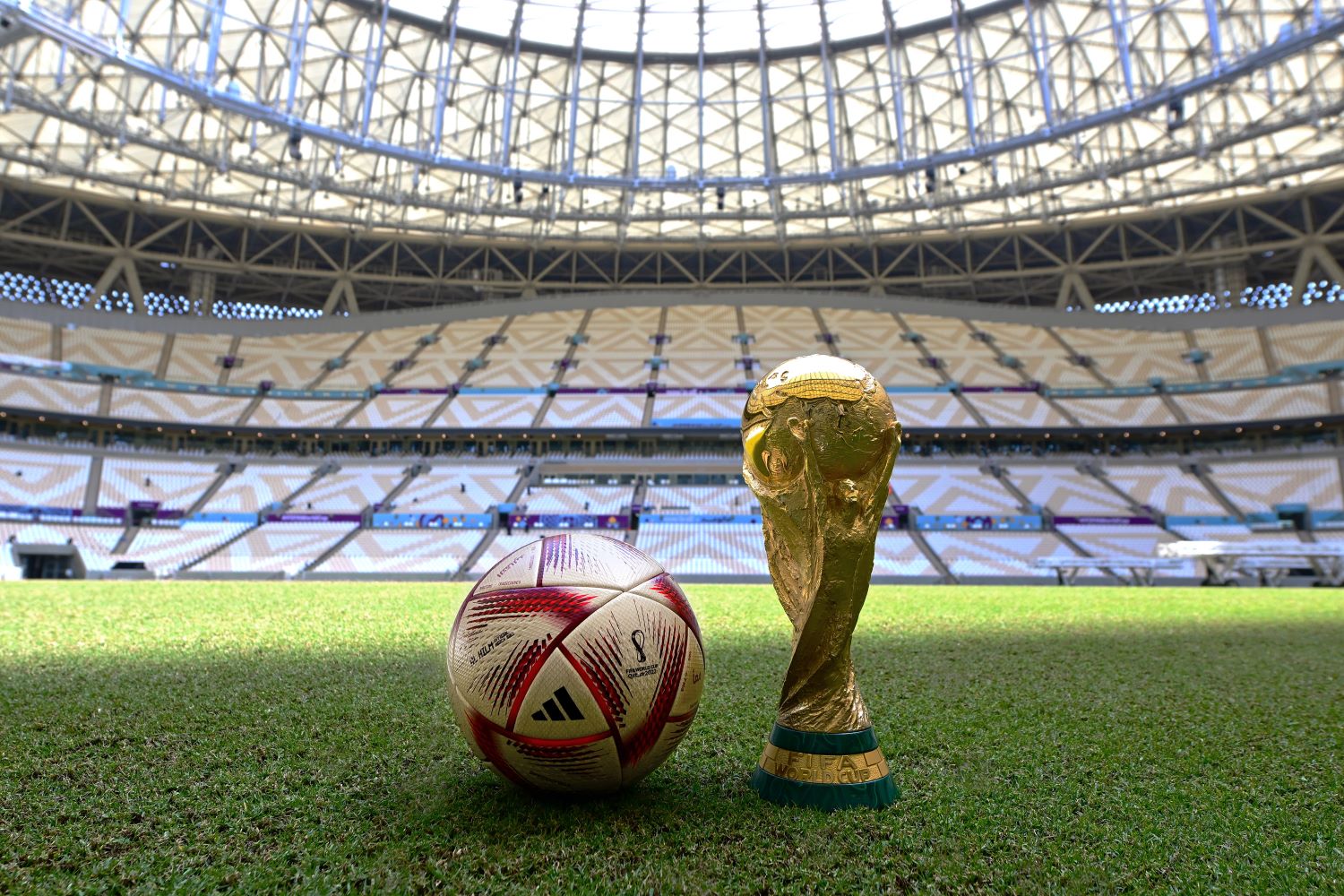 Both balls feature the same technology, engineered to support the highest game speeds as they travel faster in flight than any other World Cup ball. Al Hilm has a unique graphic design, befitting an occasion as historic as the final matches of a FIFA World Cup™.

The design is set on a textured gold base colour which features a subtle triangular pattern, drawing inspiration from the sparkling deserts of the region that surround the city, the colour of the FIFA World Cup™ trophy, and the pattern of the Qatar flag. Bold red accents complement the graphic, reflecting both the generative architecture of Qatar and, once again, the country's flag.

The ball encapsulates its namesake, Al Hilm – "The Dream", as it connects to the twilight hours, where the red sky meets the desert sand at dusk – a time when dreams are set to come true under the floodlights of the Lusail Stadium – the stage for the Final.