AYA brings the next generation of immersive, experiential entertainment parks to Dubai

Picture escaping to a mysterious cosmos on a voyage of discovery right here in Dubai. That dream is now a reality as AYA, a new generation of immersive, experiential entertainment parks, opened its doors in WAFI City last Saturday, December 17th 2022.

The newly launched park invites intrepid travellers to step foot into a universe of interactive, vibrant experiences across 12 zones, each with its own interactive elements and unique theme. 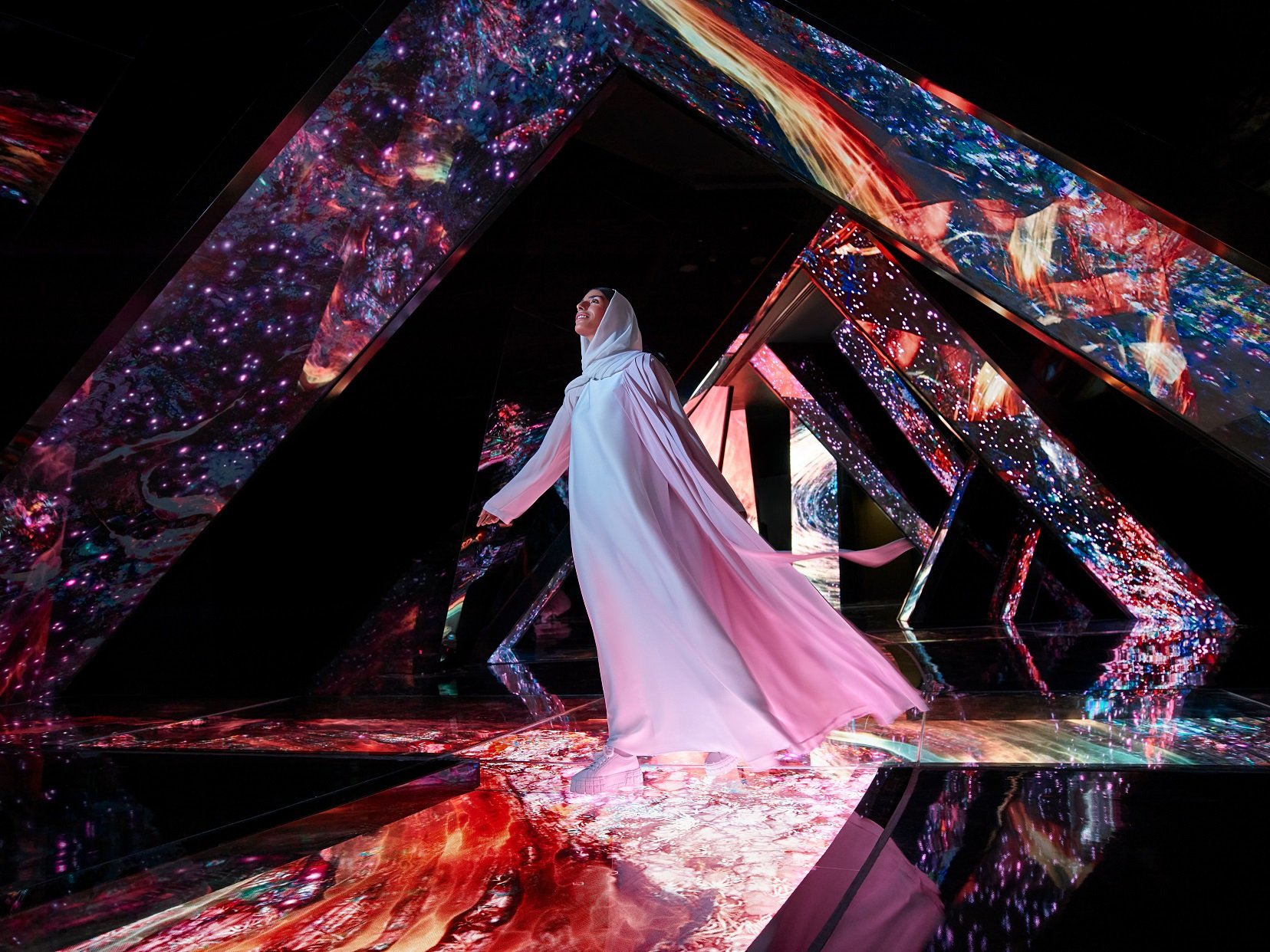 Travellers will drift, play and dream through observatories packed with gardens of blooming light, a million stars and a river of colour that create storms and pools with every step in an experience like no other.

The futuristic city of Dubai leads the way in technological ambition and therefore has been chosen as the launch destination for the first-of-its-kind experience at AYA. More HyperSpace entertainment parks are planned for the emirate and other major cities in the world soon.

AYA sees travellers leaving the real world to create memories of the future in a colourful and vibrant cosmos. The transformative journey begins with entering the world of Aurora, followed by The Source, Drift, Outland and The Pool zones. Cosmic stars, pools, lush hills and waterfalls of The River zone, The Falls, Celestia, Flora, Tides and Harmonia complete the immersive experience.

Along the journey, travellers will dance with avatars and unlock new characters to interact with as part of the experience in a sanctuary that does not exist in our universe.

Aurora's gesture control and movement provide an interactive experience to immerse travellers into the 230-square-foot interactive artwork that consumes the senses.

Pools made from cosmic dust and reflected from beyond the stars offer a glimpse of what is to come as waves of light stream across the zone and a rainbow of colours dance.

The Source is the first AYA experience. The 3,250 square foot zone is set across six chapters. A six-minute display with reactive LED pools transports travellers into a beautiful universe using the latest touch-reactive technology. A mystical chamber of digital pools and a touch reactive dome that tunes into human senses ignite the experience while surrounding projections inject new life into the zone.

Drift is a 2,000-square-foot zone in which travellers journey to the heart of the AYA universe. Lay back on a lush hillside allowing it to vibrate gently in time with the surrounding music to feel a sense of weightlessness as a panoramic projection transports travellers to a peaceful new landscape.

Outland is set across three chapters to introduce new characters and avatars of the AYA experience. A corridor of imagination is controlled by movement where the presence of travellers brings forth new creatures from this captivating new world. Skeletal tracking and projection mapping are used to enable visitors to dance alongside avatars in the unexplored domain.

The Pool's immersive projections bridge the journey to the start of the river exploration. This begins with an infinity vortex that captures the senses of those who step inside then the next chapter of the experience begins to unfold.

In The River, storms and pools of colour and light are generated with each footstep inside this 2,000-square-foot space - The Deep and The Dunes. The secret unlockable chapter of the adventure with LED screens and detection sensors pick up the movements inside and brings this zone to life through a river of vibrancy.

The Falls is an audio-responsive waterfall that flows upside down to defy the laws of gravity. The Falls signal the end of the River journey in this section of the attraction.

Celestia enables travellers to interact with beams of light and celestial events in the fully immersive zone that projects a mapped vision of the cosmos. A light show across five different chapters and an interactive spatial game await those who connect with the 13-minute-long show.

In Flora, creatures formed by light in the bioluminescent garden respond and react to the movement of travellers into the world of AYA. During the nine-minute show, presence detection technology transports visitors into an intelligent oasis of all living things.

Tides is an infinite mirrored chamber adorned with LED totems, and an interactive monolith is the centrepiece of this eight-minute show comprised of four different storytelling chapters.

Harmonia is a three-minute-long finale sees a robotic light show in a mirrored infinity zone stretching into the far distance.

AYA has landed at Level One of the Main Atrium in WAFI City Mall with a cutting-edge experience that transports guests into an alternative world.

REVIER: From the Swiss Alps to the...