Brahmastra is the first part of Ayan Mukerji’s ambitious trilogy. The romantic tale in a supernatural format with supporting themes of ancient Indian Mythology is a breakthrough film in the otherwise mundane lanes of Bollywood filmography.

The film revolves around Shiva and his journey of self-discovery and love. His world completely turns around when he discovers he has a special power of controlling fire (Agni astra) and his connection to a secret guardian society (Brahmansh). The film is carried by the acting of Ranbir Kapoor, Alia Bhatt and Amitabh Bachchan. It also stars Shah Rukh Khan and Nagarjuna Akkineni in positive roles, whereas Mouni Roy plays the negative character of Junoon. 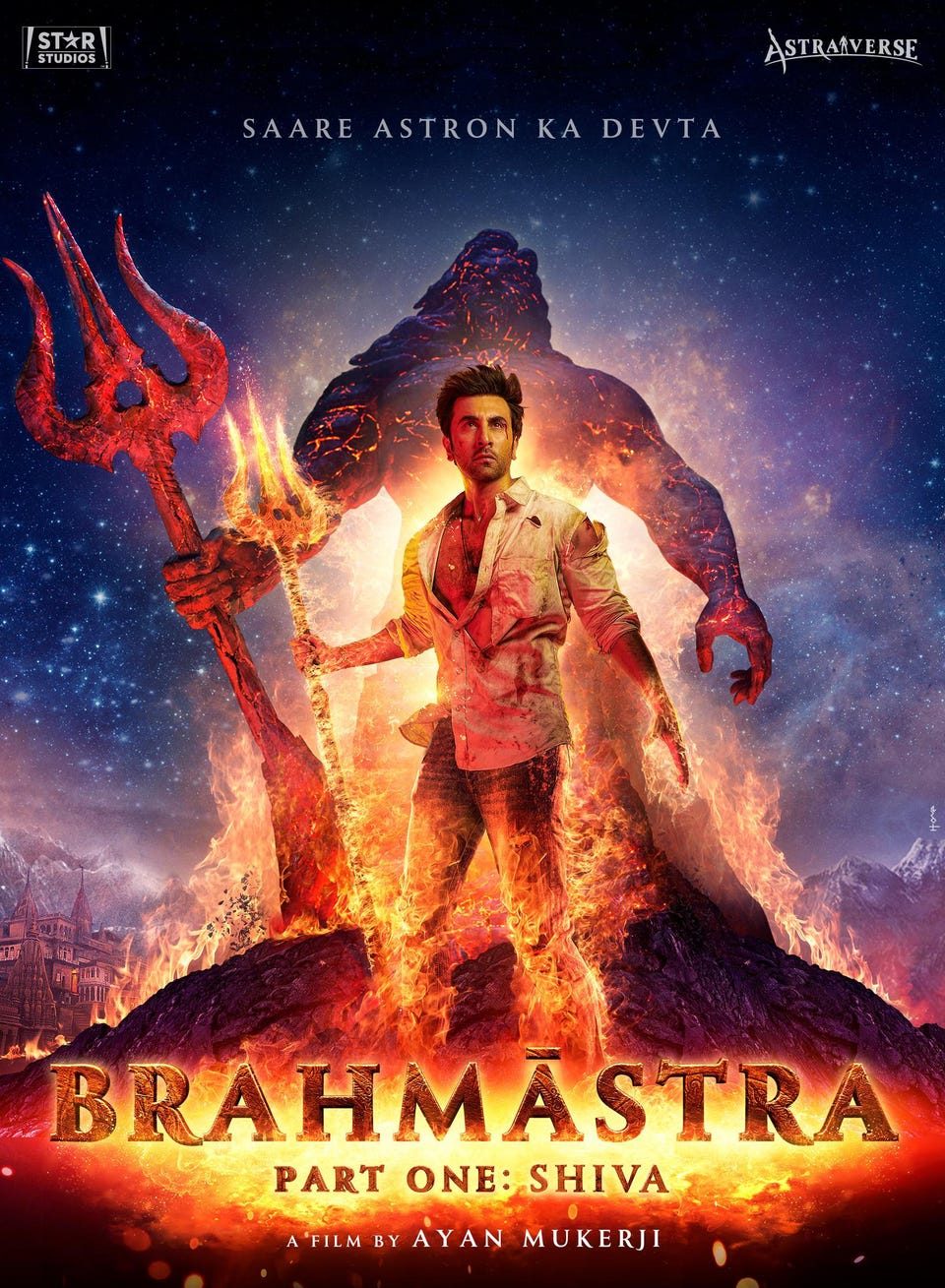 Addressing the flaws first, the romance and development of deep love felt forced. It did not unfold slowly, step by step, which made many viewers feel detached. The next issue I observed was the dialogues, especially between the lead pair. It often crossed the line of being cringe. In certain scenes, conversations were not able to create the intended impact. Such scenes were carried up by the visuals and background music only.

The flaws stole most of the first half, but the after-interval scenes are what the world should remember the film for. I did not see one person sitting back in their seat and feeling relaxed. It was a tense situation in the Roxy Xtreme theatre. Despite screenplay issues, kudos to the director and writer for providing enough to keep the audience engaged and not spilling much about the further instalments of the trilogy. Revelation of the backstory and the twists made the audience roar and cheer. The best part of the film was the magnificent big-scale vision of the director and the spectacular visuals provided by the cinematographers. The VFX team provided the best work Indian cinema has ever seen. It has definitely set a high standard.

Although the film was not perfect, we need to celebrate the film for what it has achieved. It reinstated the feeling of going to the theatre and coming out absolutely spell bounded. It might not be a masterpiece, but I genuinely felt a Cinema Paradiso moment.

We at Out and About Magazine give this visual spectacular a 3.5/5.