Home The A-List Coolio, known for the iconic hit Gangsta’s Paradise has died at age 59
The A-List

Coolio, known for the iconic hit Gangsta’s Paradise has died at age 59

According to his longtime manager, Jarez Posey, Coolio was found unresponsive on the bathroom floor of a friend's house in Los Angeles.

Coolio, whose real name was Artis Leon Ivey Jr, started making music in the 1980s but cemented his place in hip hop history when he recorded Gangsta's Paradise in 1995. 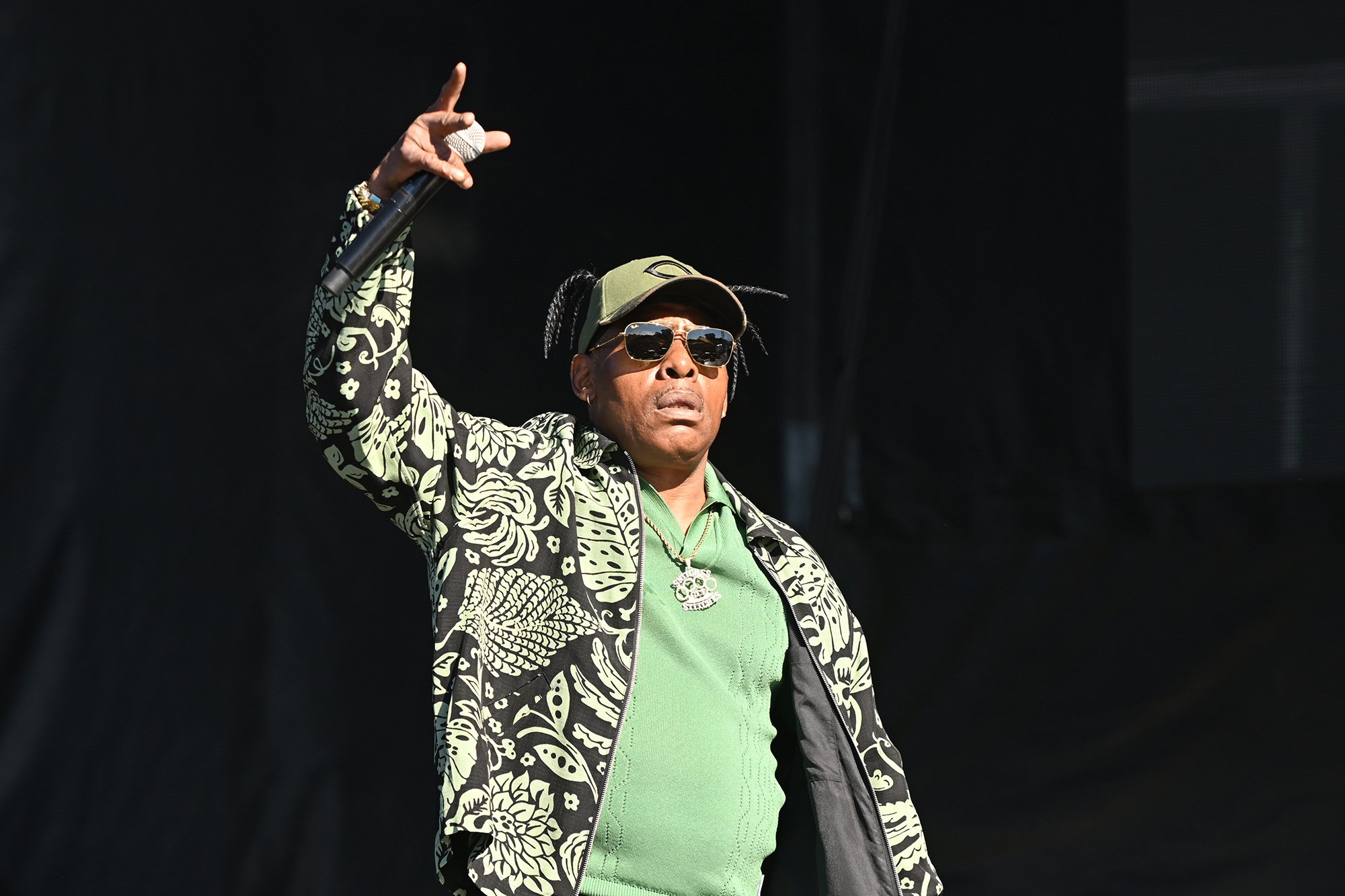 He won a Grammy for Gangsta's Paradise, which was part of the soundtrack for the movie Dangerous Minds. According to his official website, the track continues to be widely listened to and has just passed a billion streams on Spotify.

The exact cause of his death on Wednesday has not yet been announced.

However, Posey told TMZ, which first reported the news, that paramedics believed he may have had a cardiac arrest. 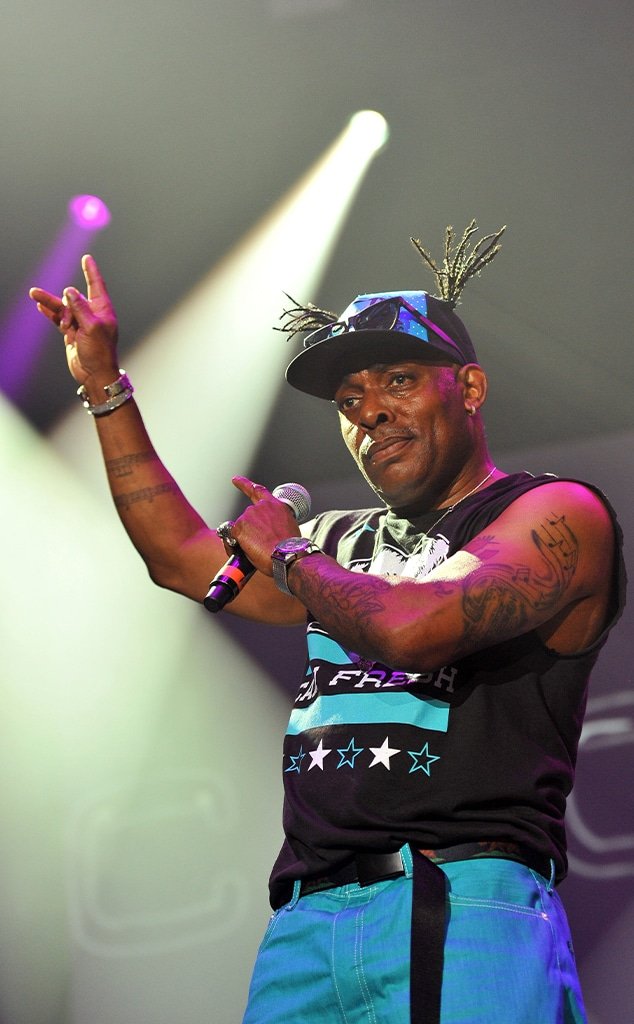 At the time of his death, Coolio was still active and was in the middle of a tour with other 90s stars, including Vanilla Ice and Young MC, with a performance in Texas just a few days ago.

Coolio's celebrity community and friends have been pouring out tributes to the rapper via social media since the news broke.

Snoop Dogg referenced Coolio's world-famous track in his tribute: "Gangstas paradise. R I P." He also shared a picture of the two posing on the music video set for Gangsta Walk, a track they collaborated on in 2006.

"This is sad news. I witness first hand this man's grind to the top of the industry," fellow rapper and actor Ice Cube said.

This is sad news. I witness first hand this man’s grind to the top of the industry. Rest In Peace @Coolio https://t.co/vCeyn08Vsi

MC Hammer described Coolio as "one of the nicest dudes I've known".

"Good people. RIP Coolio," he wrote, sharing a black and white picture of the rapper, and later posting a second picture of the pair together, along with Tupac and Snoop Dogg.

He later reposted a tribute from Questlove, adding, "Damn homie!!! Rest in Power!!!" 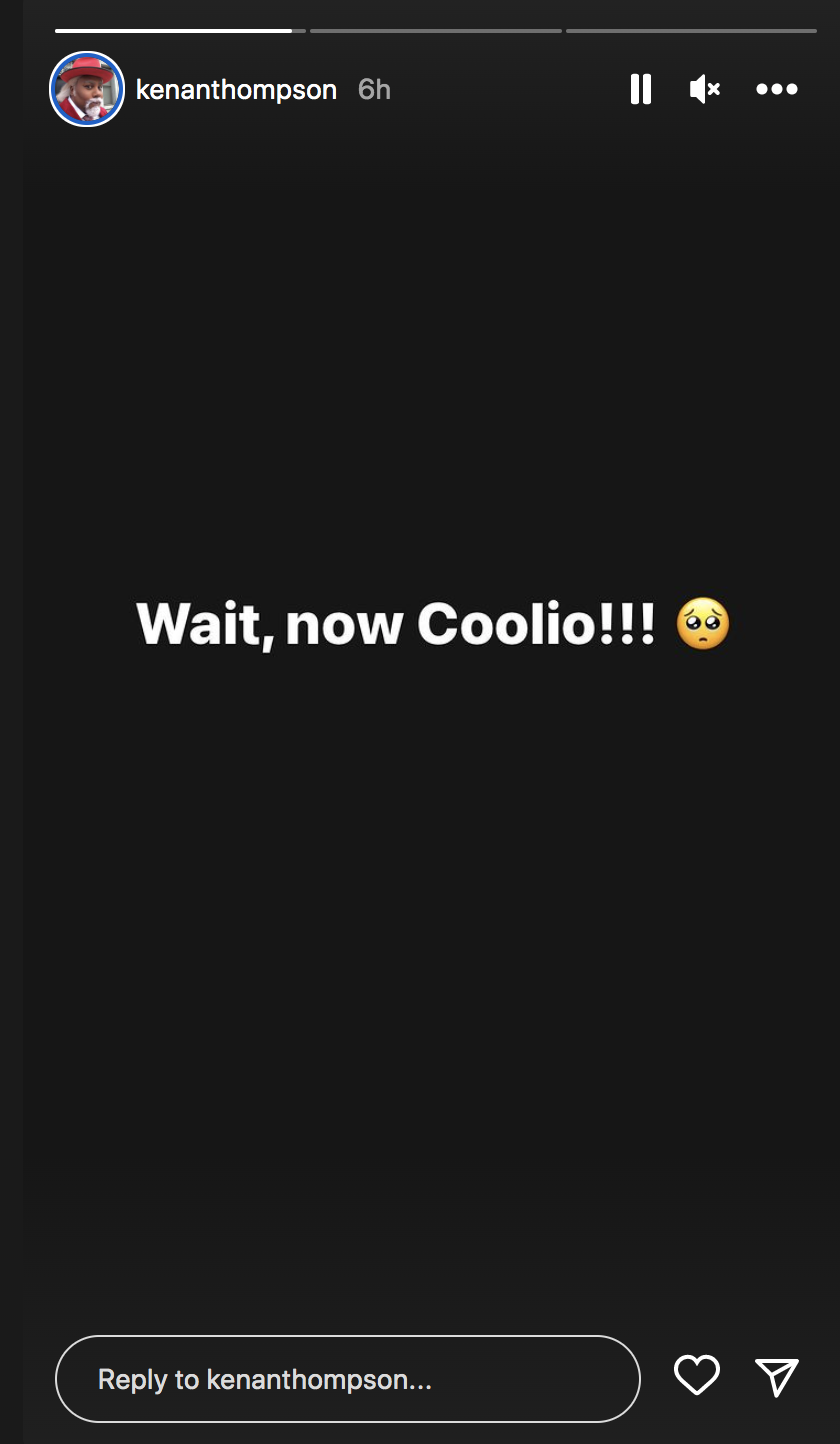 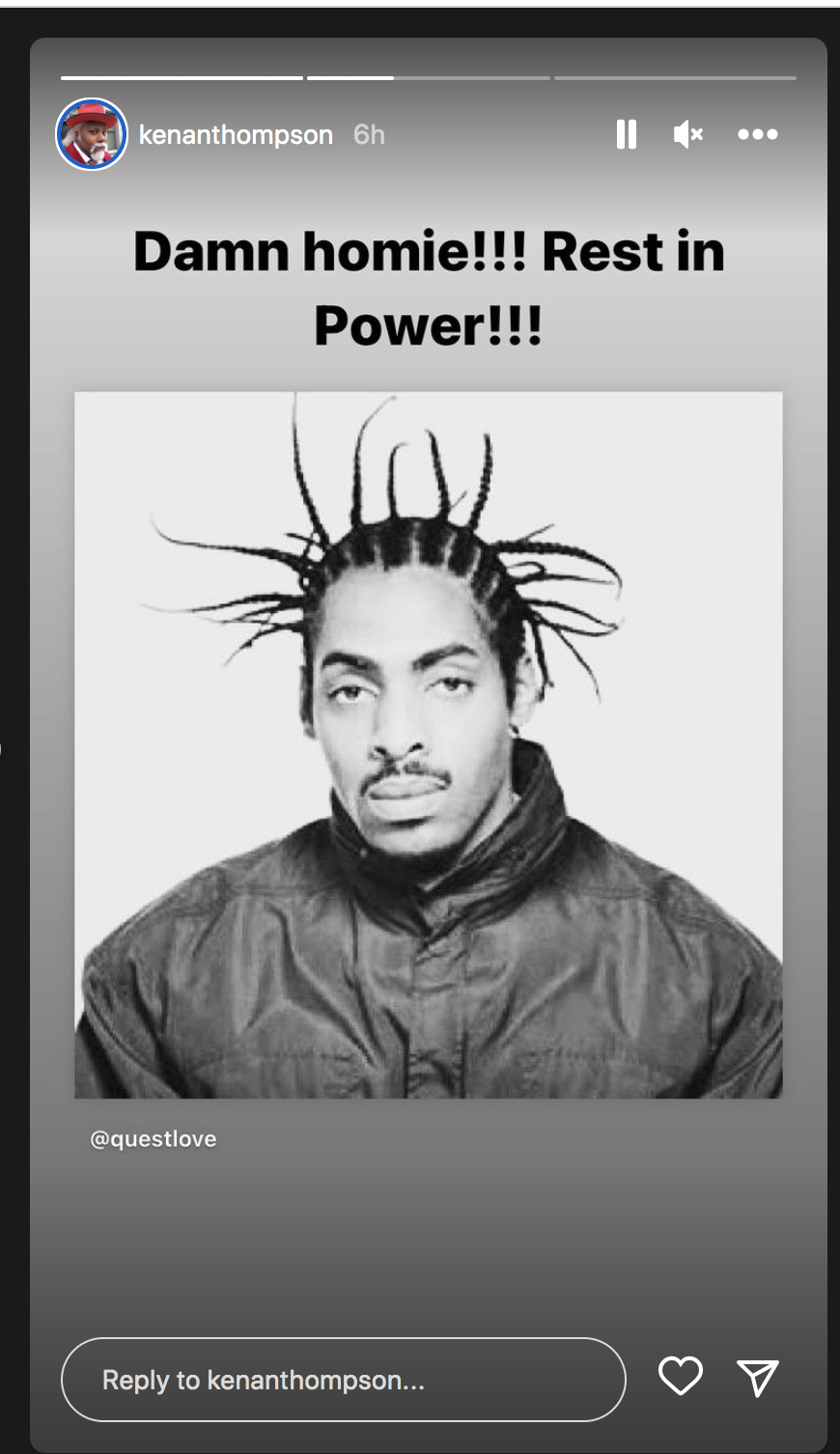 LeBron James reacted to the news in his Instagram Story, typing the rapper's name with several dove Emojis. He later wrote, "Exactly where he is now! GANGSTA'S PARADISE" 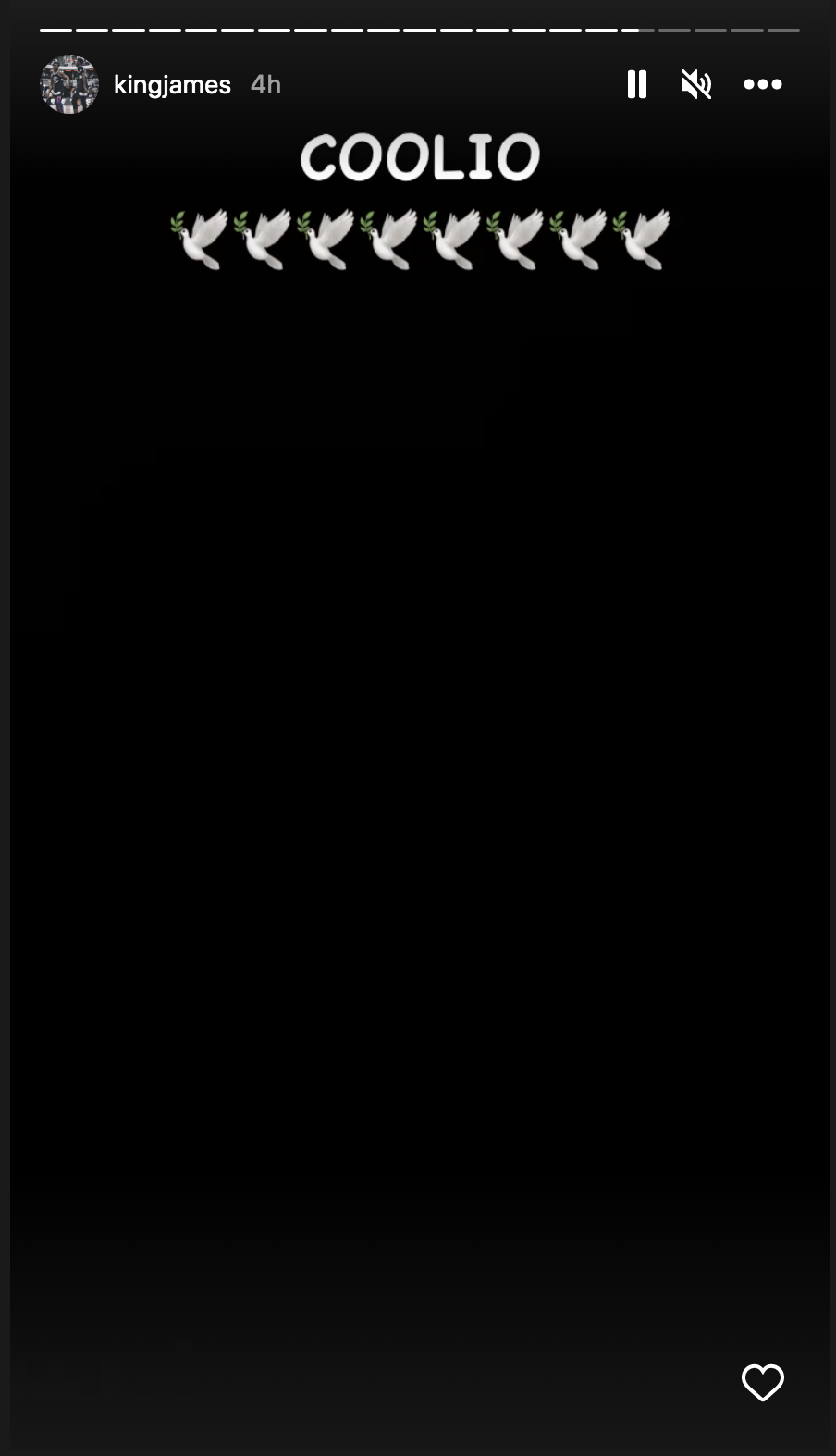 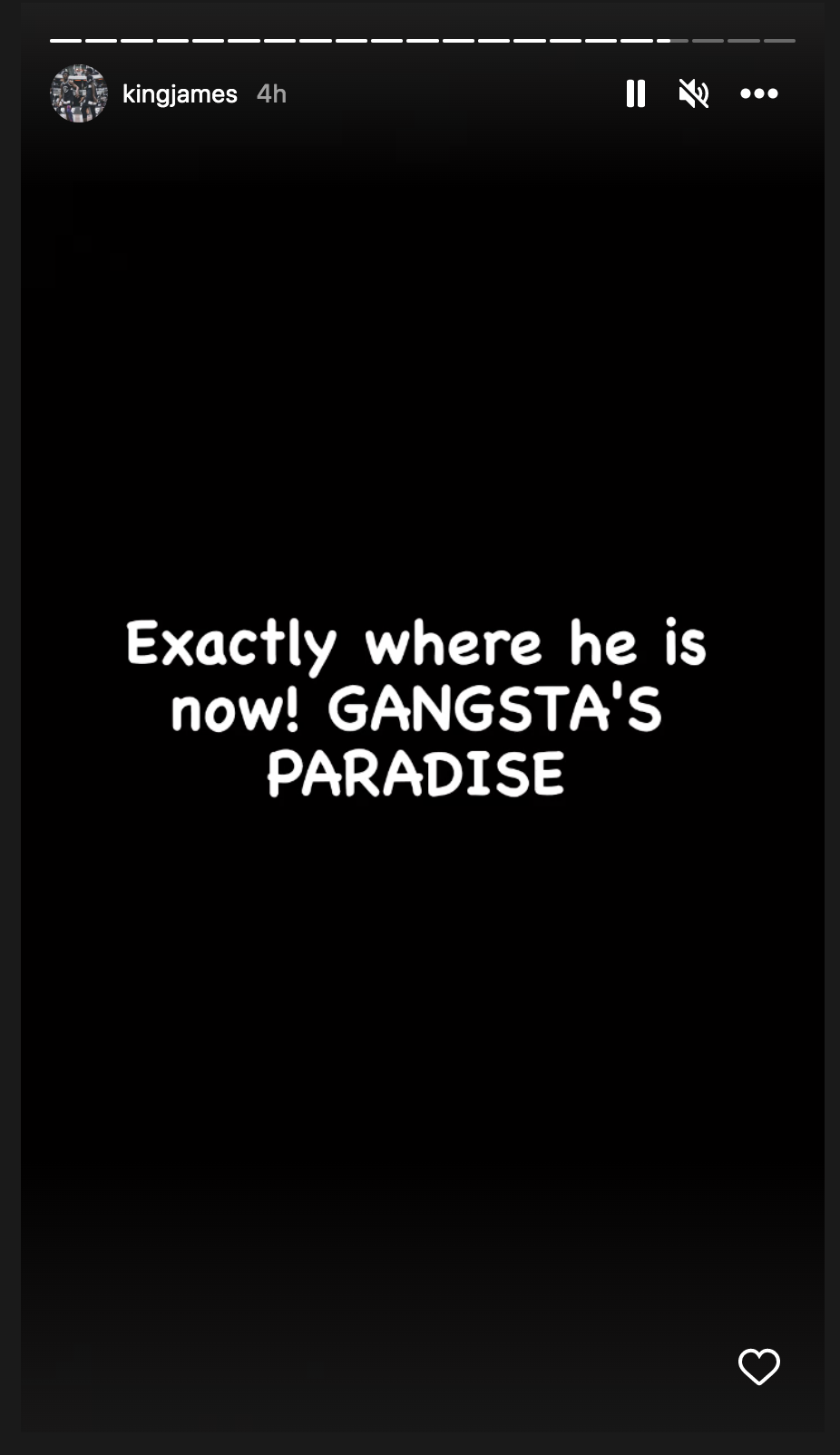 Tributes continue to pour in for the Gangsta's Paradise rapper.