While most at Dior’s fall show were keeping their eyes peeled for Rihanna, who arrived very fashionably late amid a flurry of flashes, Anya Taylor-Joy’s ones were trained on the renditions of famous female portraits and their doubled-up eyes. 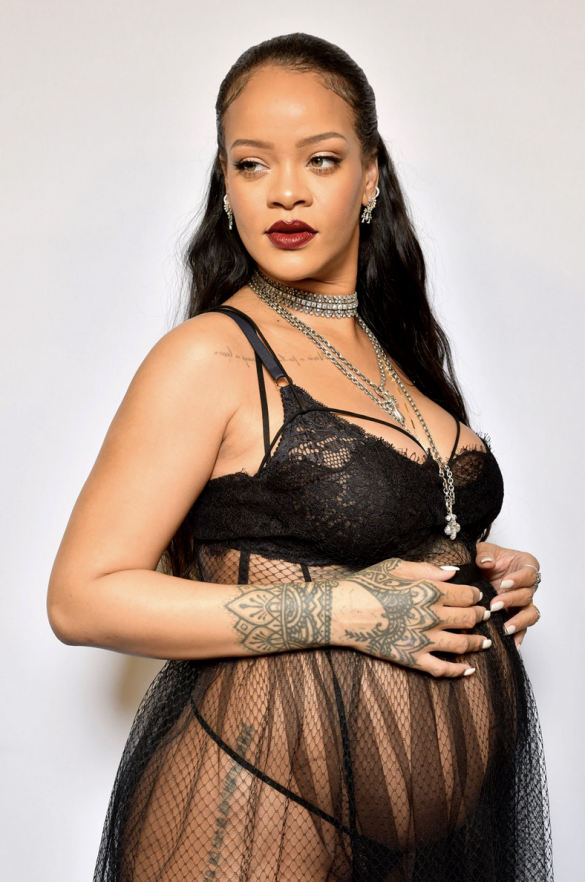 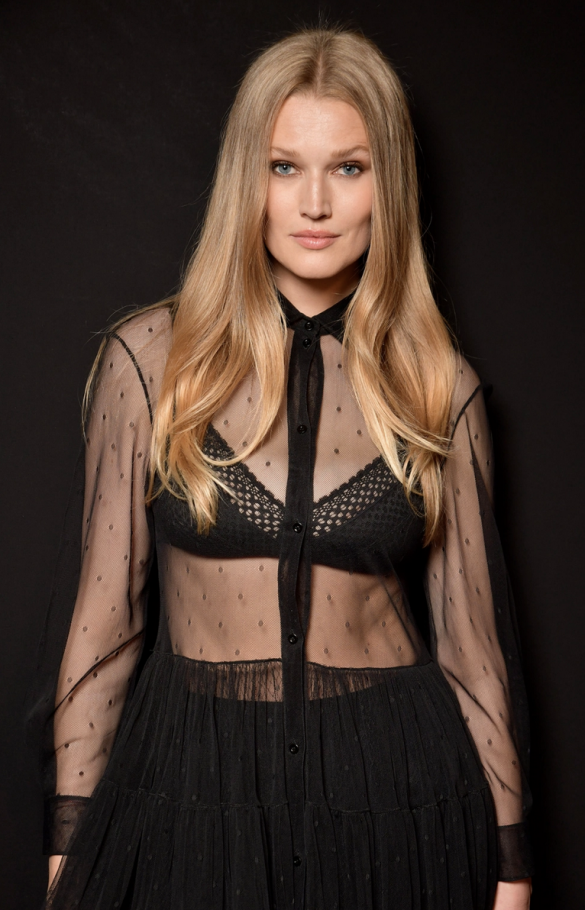 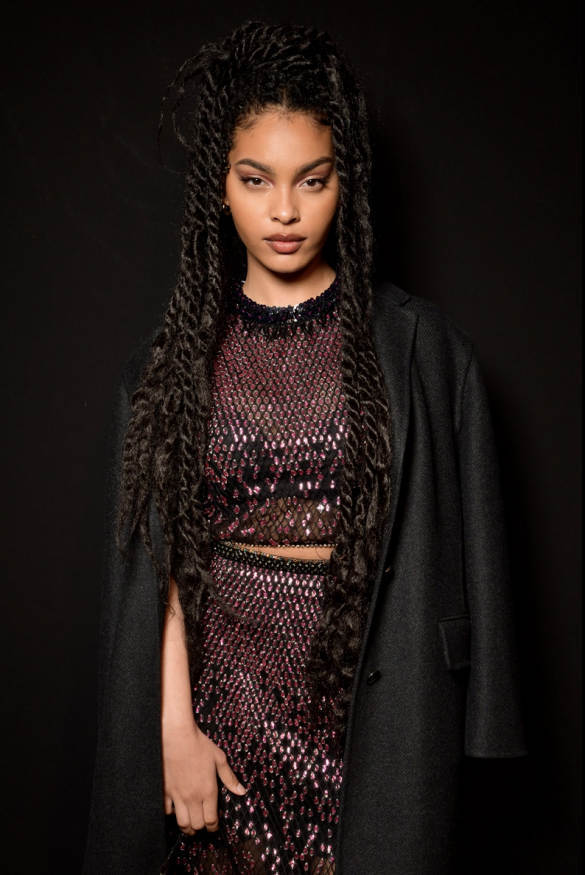 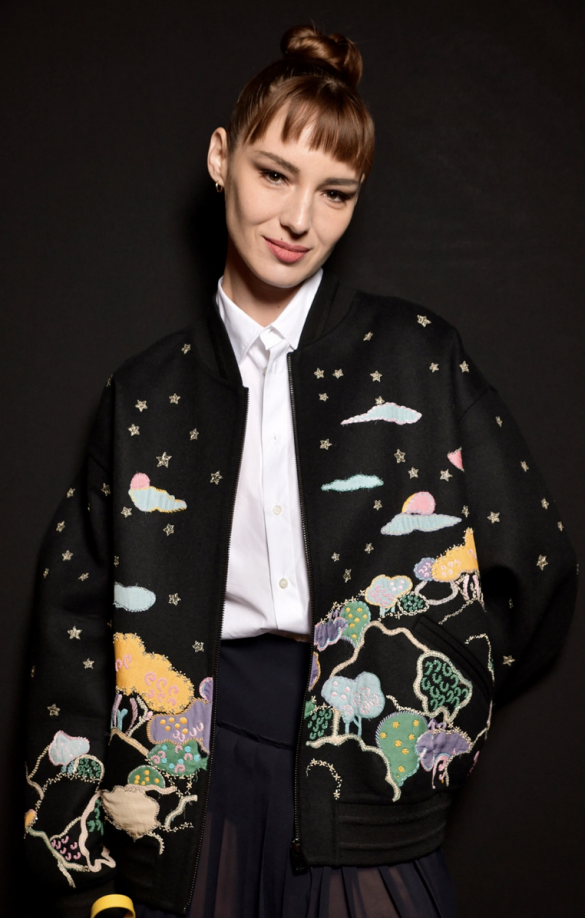 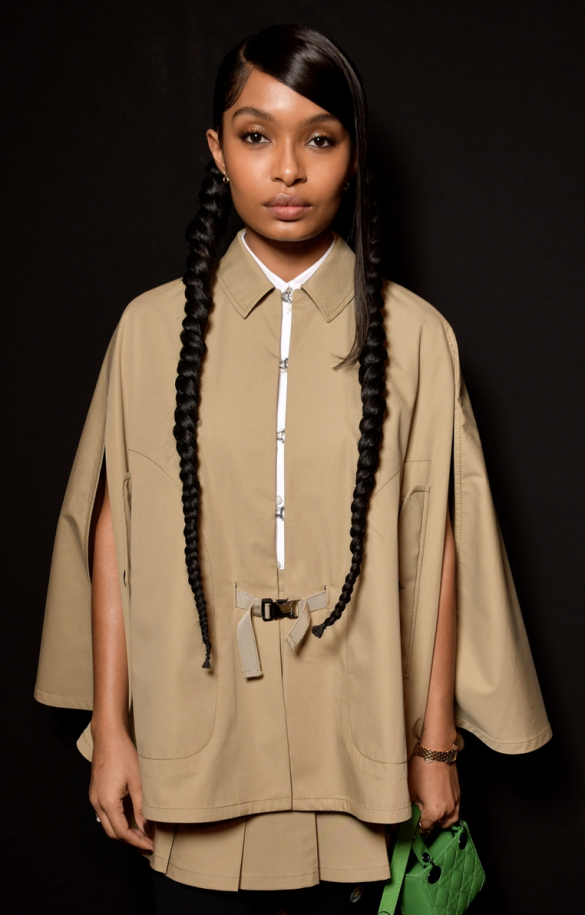 After the Dior Vespa, the Dior Ducati? If Maria Grazia Chiuri’s fall collection for the French luxury house suggested a newfound passion for motorcycles, it turns out her interest in protective garb is more wide-ranging.

The designer collaborated with D-Air Lab, a start-up that produces items like the Antarctica Suit, allowing scientists to work in temperatures as low as minus-53 degrees Celcius. A version of the suit, complete with electronic control unit, found its way into the show, as did variations on the start-up’s airbag vests.

While designers have long explored the potential of technology to augment the functionality of clothes, this was new territory for Chiuri, who’s made inroads into technical attire with the launch of the Dior Vibe sportswear line and DiorAlps skiwear capsule. It’s not unreasonable to think this was the prelude to another commercial exploration. 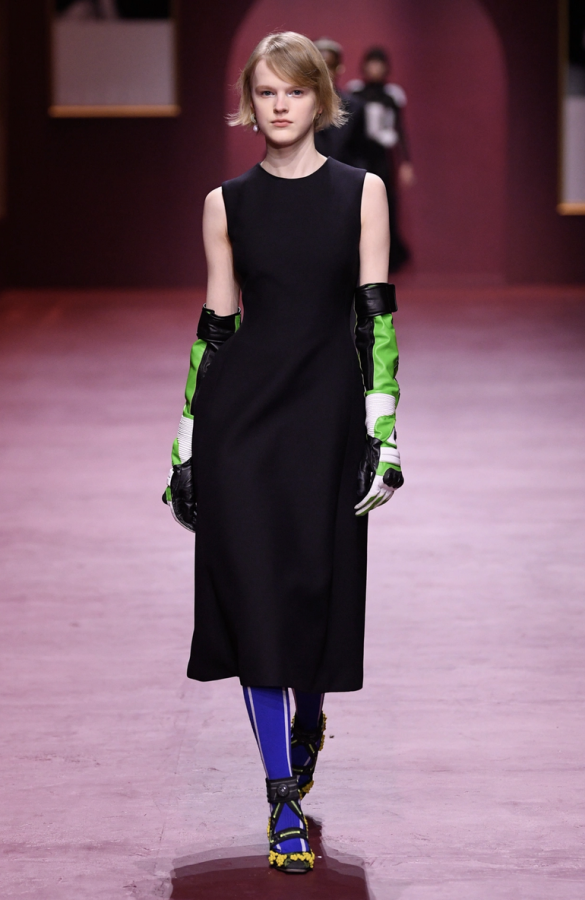 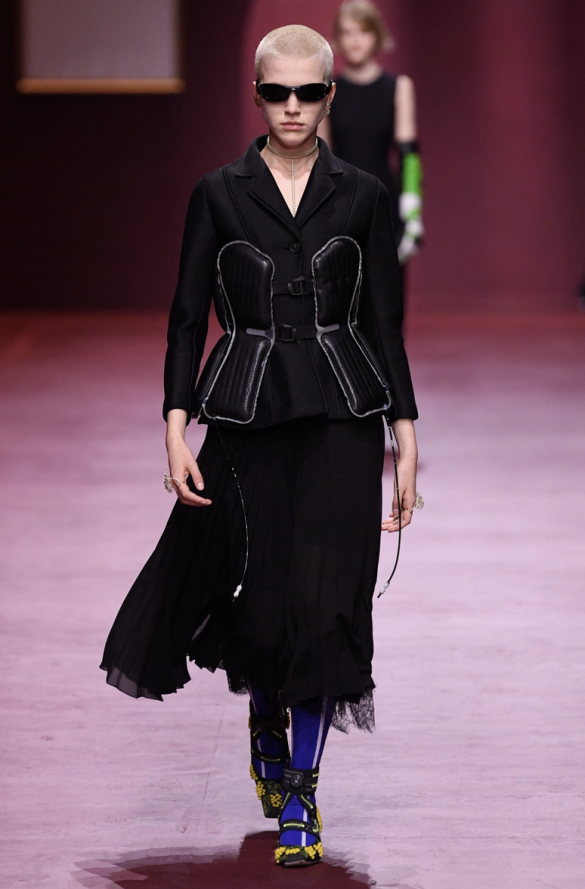 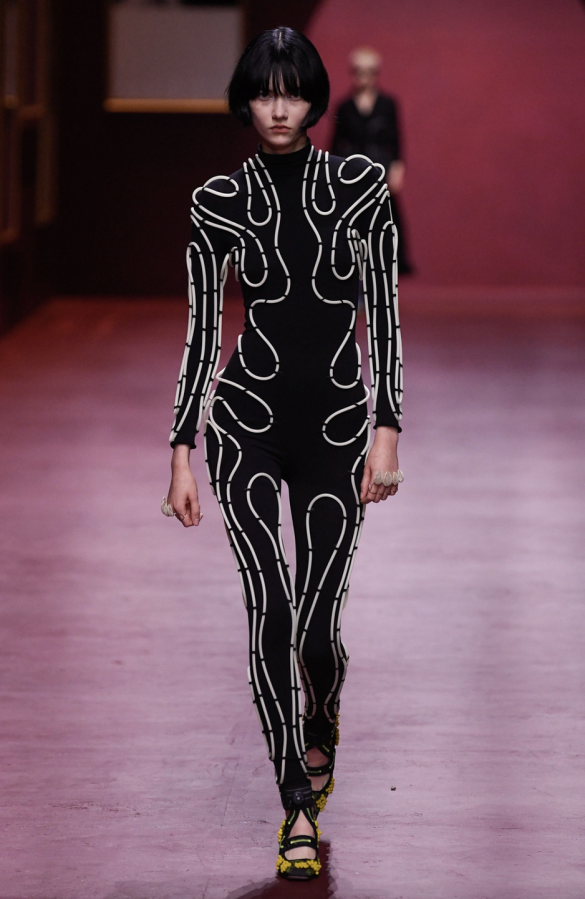 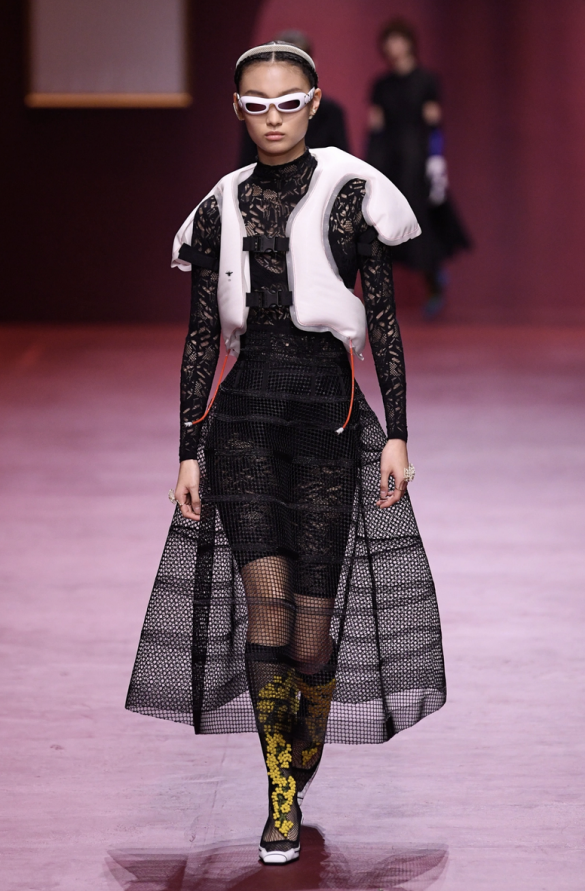 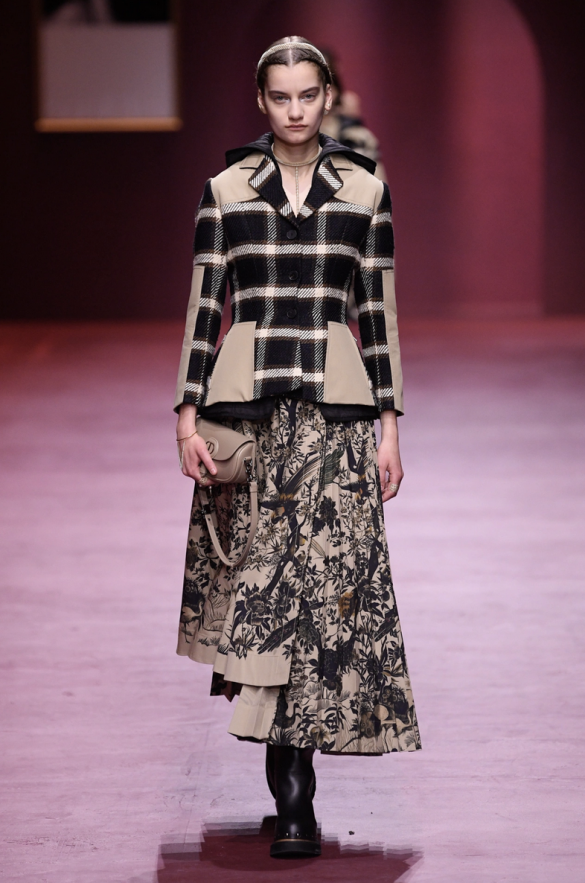 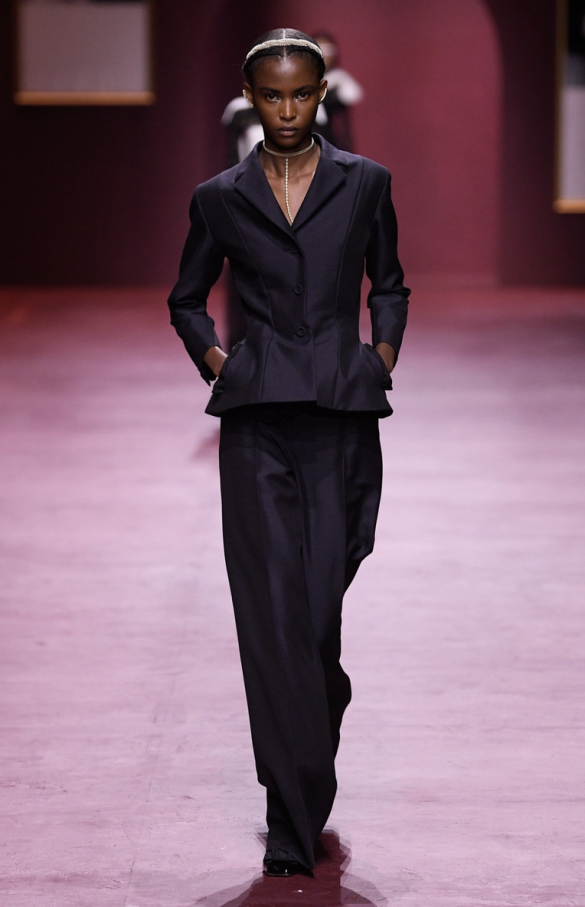 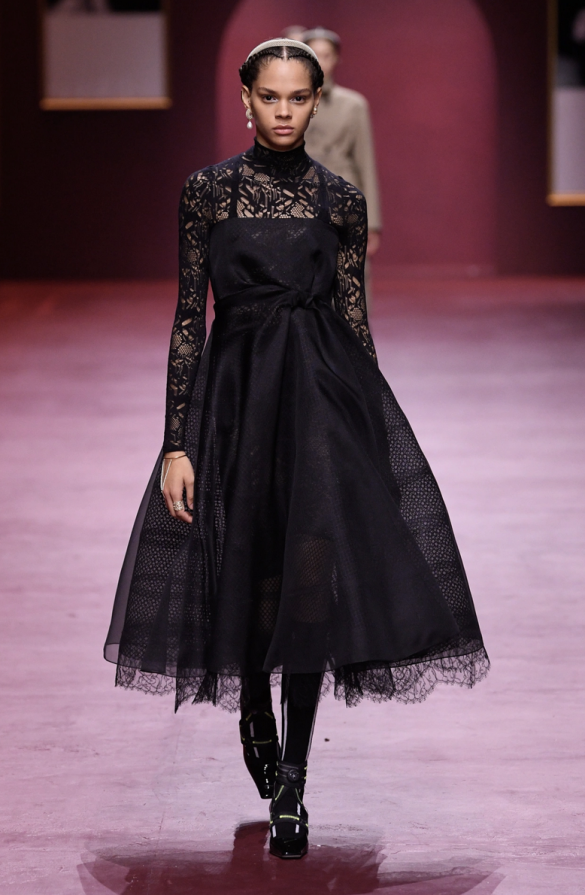 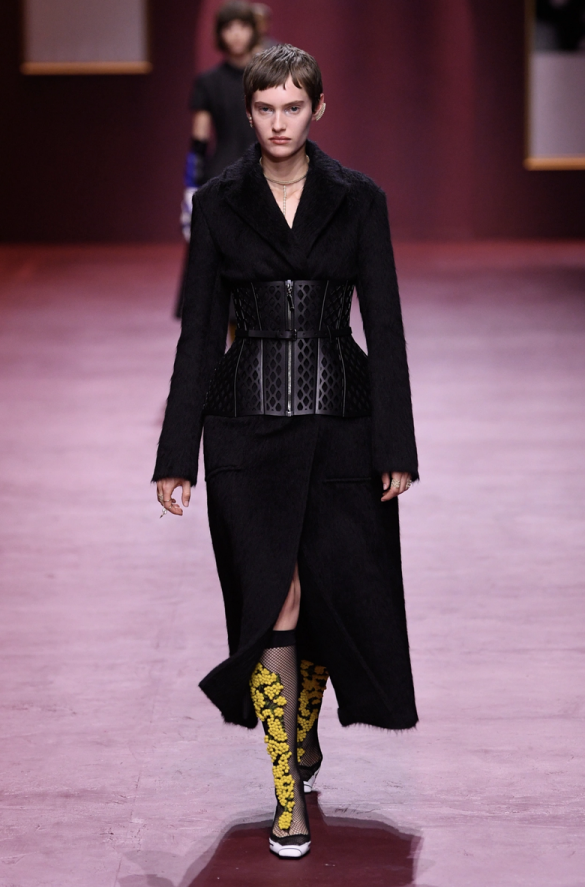 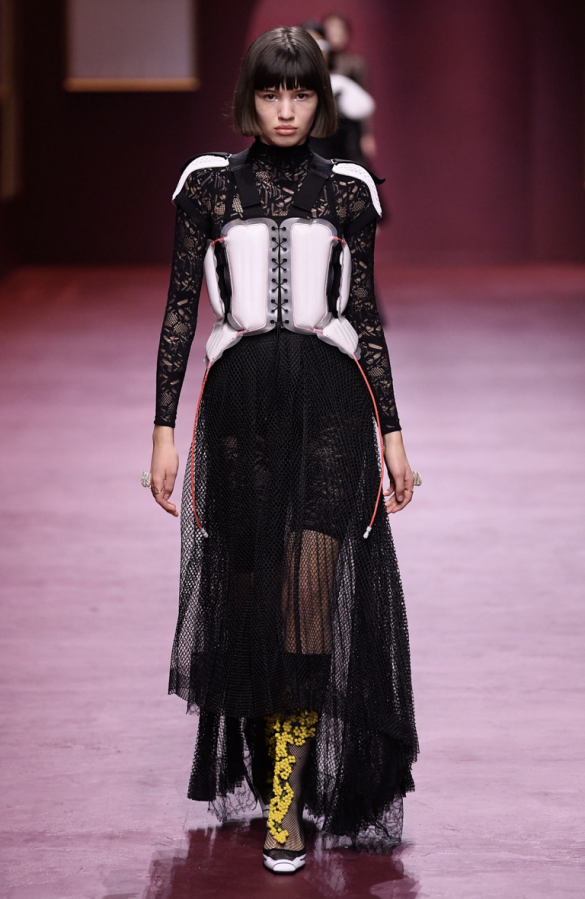 Chiuri is excited about the ways in which technology can apply to the real world. “Everyone is speaking to me about the metaverse. This doesn’t interest me because it’s not related to the human aspect. I want to show with this work how there is also a human aspect in technology,” she explained.

Aesthetically, the results were mixed. The bulky padding added nothing to her sheer black lace dresses, while the circuit bodysuit that opened the show felt like a science fair exhibit. More compelling was the way that Chiuri channelled the protective theme into the rest of the collection, with clothes that furthered her long-held agenda of challenging the male gaze. 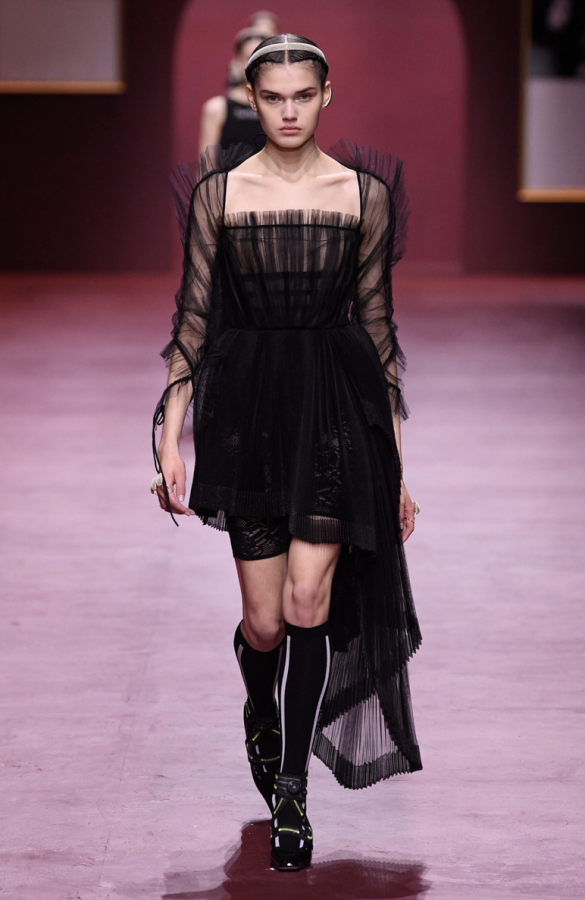 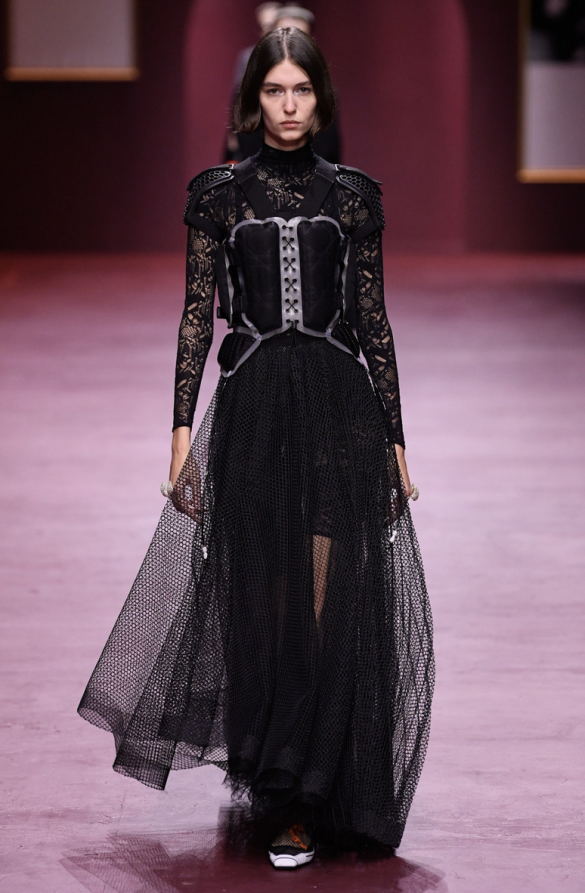 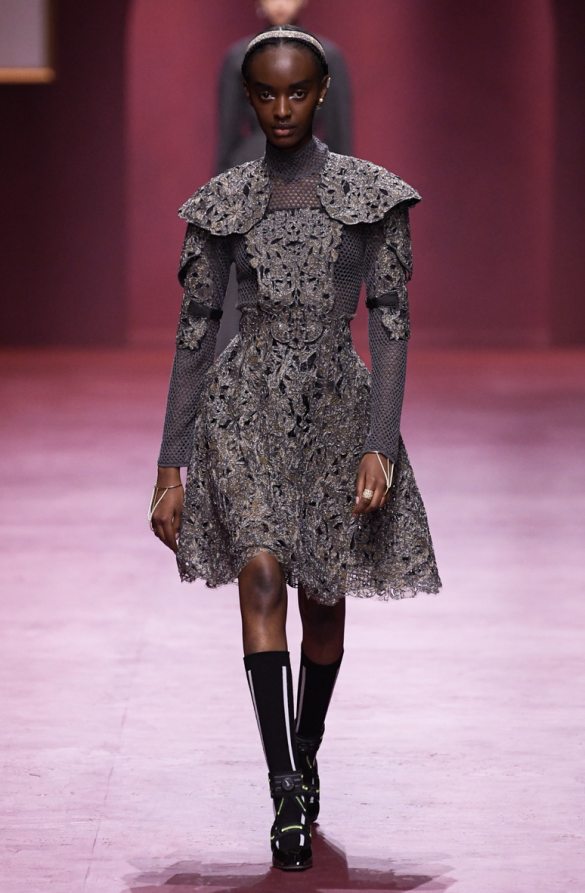 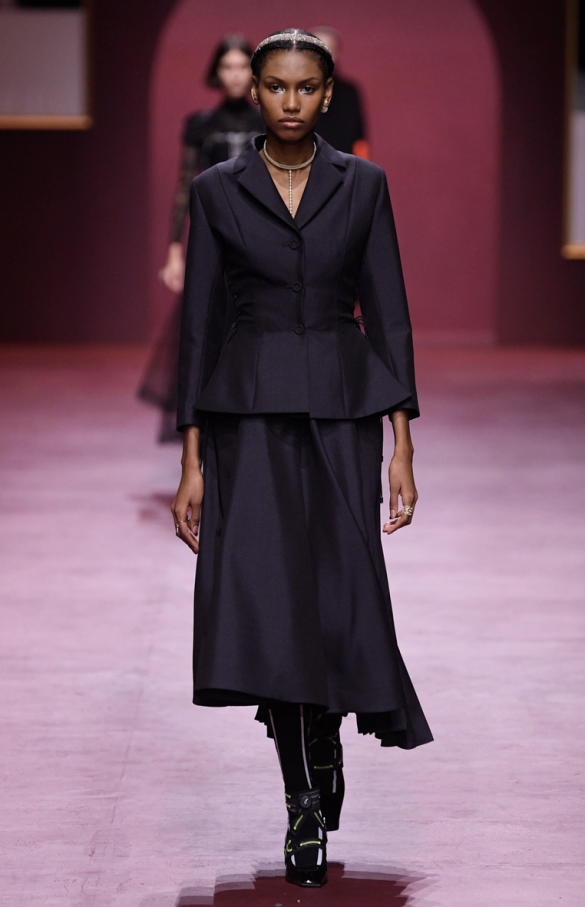 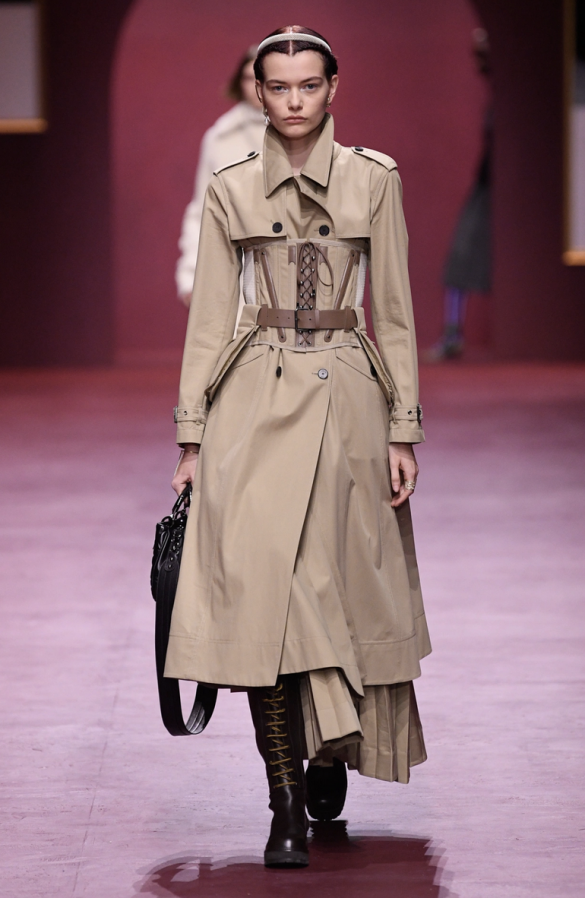 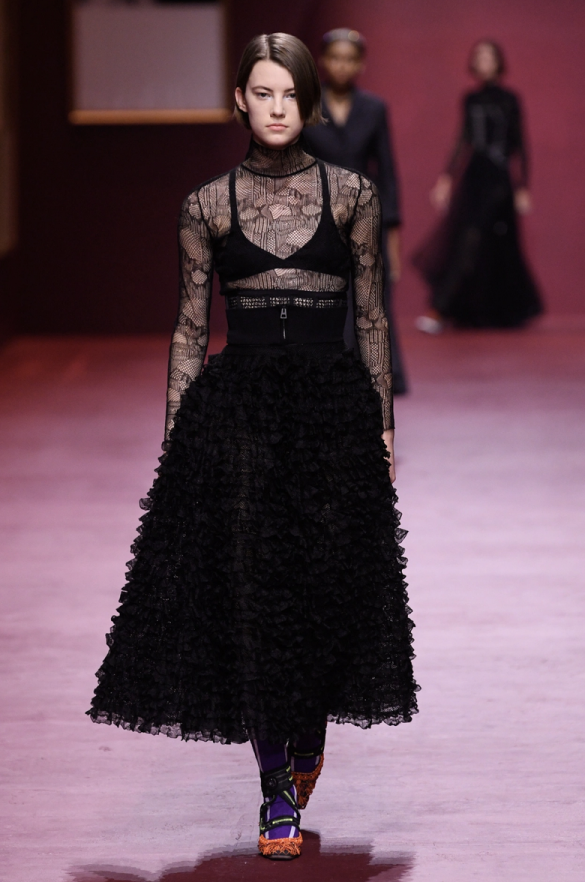 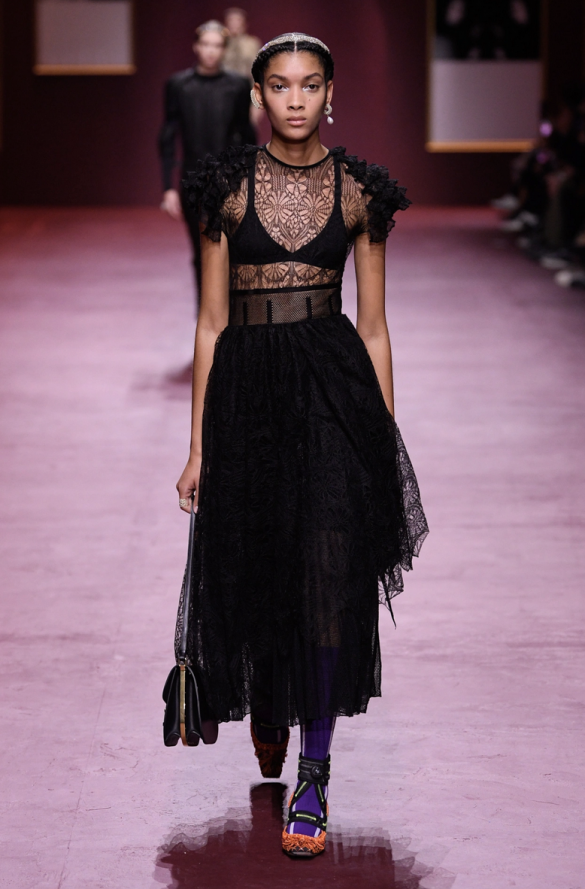 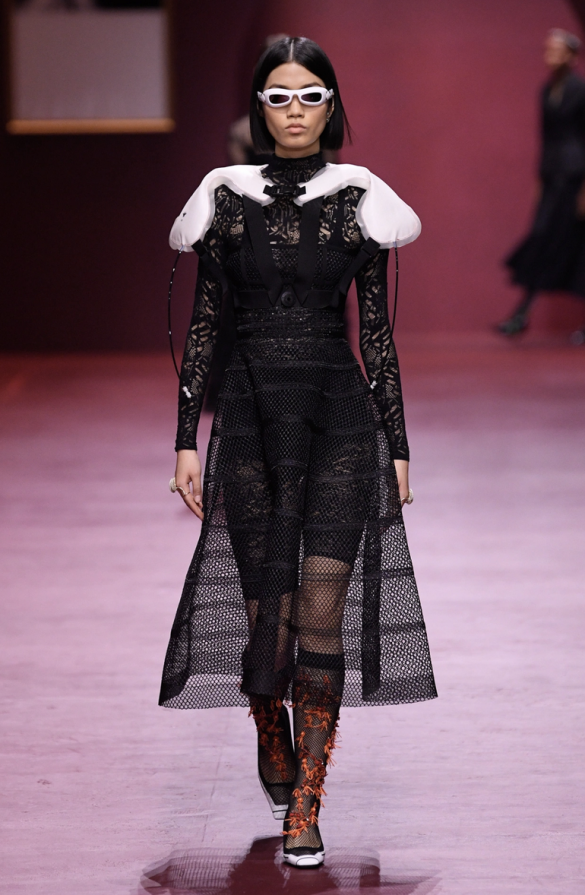 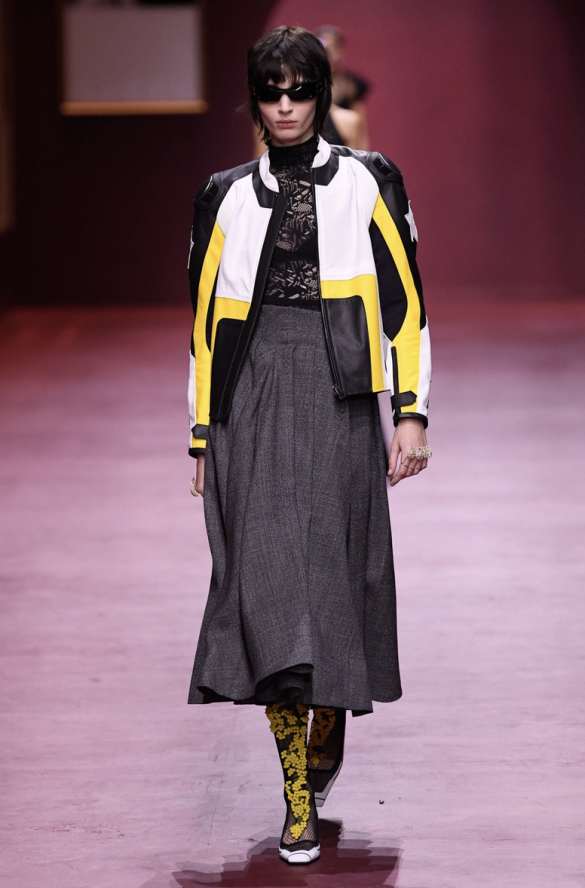 These were clothes for self-sufficient women, from Bar jackets with removable hooded linings to an oversize bomber jacket with tonal embroidery and boxy jackets that spliced checked fabrics with cannage-patterned quilting. Lace biker shorts added a tomboyish edge to her signature tulle gowns, while hefty boots grounded a retro dress in a blurry floral print.

Chiuri, who started her career as an accessories designer, brought special attention to the footwear, revisiting a vintage Roger Vivier pump for Dior by adding a technical fabric yoke around the ankle.

Front and Centre at Gucci Ready to Wear Fall 2022

Met Gala: From Gigi Arriving as her Sofa,...

Front and Centre at Gucci Ready to Wear...