The Dubai Shopping Festival (DSF) returns next week with the best the city offers, including unmissable deals, a kaleidoscope of entertainment experiences, mouth-watering food, and mega prizes. The 28th edition of the world's longest-running retail festival starts on 15 December 2022 and runs until 29 January 2023 across an action-packed 46-day calendar. 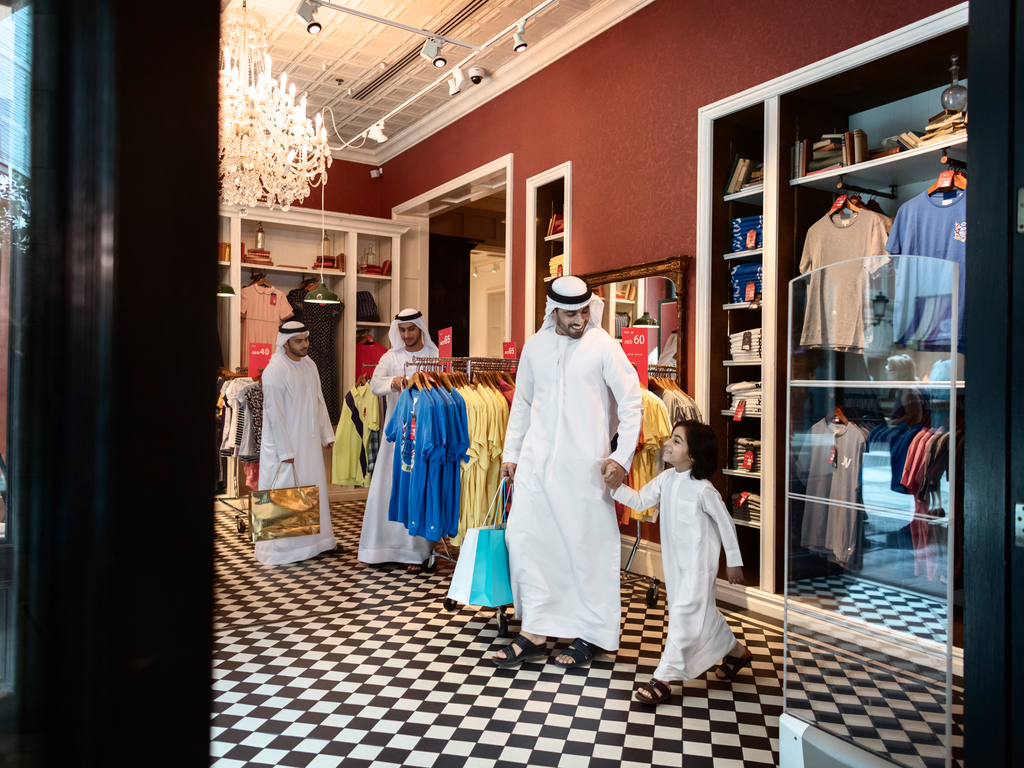 The DSF fireworks displays will be back with a bang this year, along with the return of the incredible drone show. Tunes DXB, too, returns by popular demand, bringing ten days of celebration for music lovers with live performances with some of the region's hottest and hippest emerging talents. And in a first for the festival, families can enjoy Dubai's glorious winter weather with a weekend of curated fun, adventure, and wellness at Hatta with the COREUNITY Festival.

DSF Drone Show: The DSF Drone Show will host two all-new themed shows: Dubai Shopping Festival, inspired by the DSF's retail offerings, and The Future of Dubai, inspired by the 2040 vision. The show will wow spectators with original music composed for the spectacle and the most advanced 3D drone technology available. Shows will be held twice daily throughout DSF at 7 pm and 10 pm at The Beach and Bluewaters opposite Jumeirah Beach Residence. On New Year's Eve, show timings will be at 8 pm and 11 pm. Laser shows on 23-24 December, 13-14 January, and 27-28 January will accompany the visual lineup.

Shop your heart out: Over 800 participating brands across 3,500 outlets will offer 25% to 75% reductions throughout the festival. Top international brands will provide unmissable discounts and bargains across Dubai's malls and shopping destinations.

The DSF Daily Surprises are back with incredible deals from different brands each day of the festival, with deals revealed only 24 hours before they go live. The free-to-attend DSF Markets will bring outdoor and pop-up community shopping experiences at iconic locations across the city, including the Al Seef market at Dubai Creek and the DSF Market at Al Muraqqabat.

The annual Etisalat MOTB, the original alternative shopping concept for Dubai, celebrates its 10th year and will take place from 19 to 29 January. It will celebrate homegrown F&B and retail vendors with on-ground activities alongside live entertainment by local and regional artists.

New Concepts: New for this edition is the Dubai 80s pop-up at Last Exit Al Khawaneej. From 23 December to 8 January, Dubai 80s will serve nostalgia with old-school pop-ups from the 80s, 90s, and early 2000s. The COREUNITY Festival will take over Dubai's adventure capital Hatta to deliver incredible music, movement and wellness from 13 to 15 January 2023.

Win Incredible Prizes: The Dubai Gold & Jewellery Group's raffle will give shoppers purchasing AED500 worth of gold, diamond or pearl jewellery from participating outlets a chance to win 250 grams of gold. Spending AED25 at Zoom and AED50 at AutoPro or select Tasjeel services will earn shoppers an entry into the ENOC Grand Raffle for an AED100,000 cash prize daily. The DSF Mega Raffle ticket, available for AED200 at ENOC or EPPCO petrol stations, will give buyers a chance to win a new Nissan Patrol and AED100,000 in cash daily.

With the Dubai Shopping Malls Group, shoppers at participating malls can win up to AED1 million when they shop for over AED200 between 15 December and 29 January. With the daily DSF Lucky Receipt, shoppers spending a minimum of AED500 from 15 to 25 December at any of the ten participating brands can win TVs, iPhones, gold and jewellery sets.

This DSF, Tickit provides shoppers with a chance to earn double or triple points across key programme partners and incredible daily prizes, including passes to Dubai Parks and Resorts, tickets to Roxy Cinemas, dining experiences, and much more. New Tickit members who sign up during DSF with a linked Visa or MasterCard issued from the UAE and who spend a minimum of AED100 will enter a weekly draw to win 50,000 Tickit points, equivalent to AED50,000.

Idealz will present over 200 raffle draws this DSF, including the DSF Mega Raffle and DSF Grand Prize, which will be an apartment in Downtown Dubai.

Play and be entertained: Eighteen world-class tennis stars, including Novak Djokovic, Iga Swiatek, and Alexander Zvrev, will participate in the World Tennis League from 19 to 24 December at the Coca-Cola Arena. The daily duels on the court will be followed by musical extravaganzas featuring performances by Tiesto (19 December), Wizkid (20 December), Ne-yo (21 December), Deadmau5 (22 December), Mohamed Ramadan (23 December), and Armin Van Buuren (24 December). Tickets for all World Tennis League matches and nightly performances start at AED199 and are available on VisitDubai.com.

Arabic music singer, composer and songwriter Kadim Al Sahir will perform live at the Dubai Opera on 23 and 24 December at 9 pm. Tickets are available on VisitDubai.com and start at AED550. Pre-New-Year's-Eve will see the Dutch dance-music sensation Martin Garrix go live on 30 December at the Coca-Cola Arena, with tickets starting from AED175. 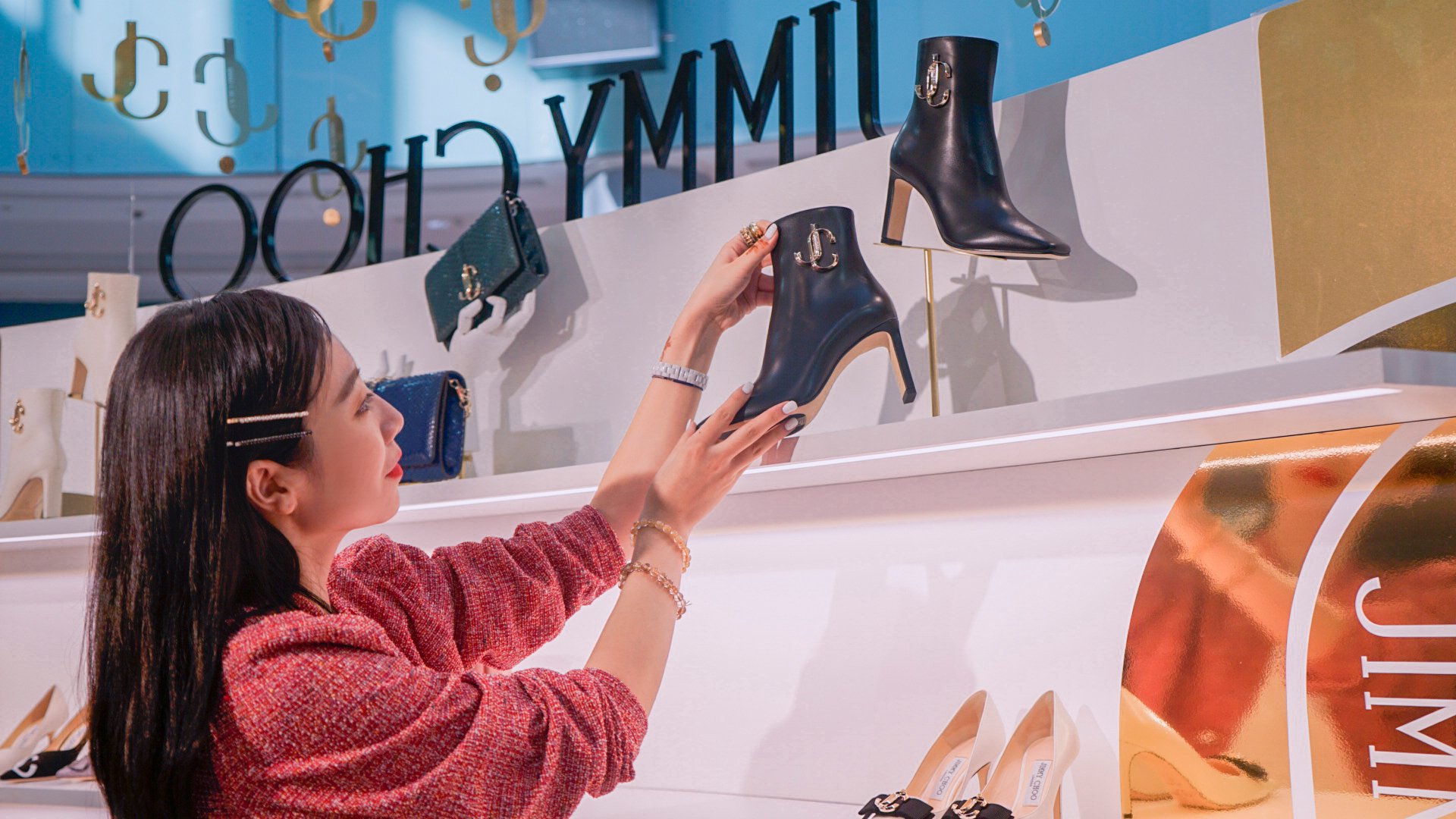 Dubai Beats makes a comeback this DSF, hosting ten artists from different musical genres on 6 and 7 January. Tunes DXB will run from 6 to 15 January in 12 locations across the city, showcasing talented local artists, including Hamdan Al Abri, Alya Al Ali, Maitha Al Mansoori, and Shebani, with daily performances from 5 pm to 11 pm. Tickets are available on Platinumlist with prices starting at AED120.

Unique art and cultural experiences: High-energy and high-acrobatic production of OVO by Cirque du Soleil will run from 12 to 18 January at the Coca-Cola Arena. Tickets start at AED113 from the venue's website. The Quoz Arts Fest will return to Dubai's artistic hub Alserkal Avenue on 28 and 29 January 2023. The infamous Murder Mystery experience will be performed live at Al Seef Heritage Hotel Dubai until 12 February, with tickets priced at AED210 per person. Throughout DSF, Performing Arts of Dubai will feature a jam-packed schedule of in-mall and outdoor entertainment. The second edition of Dubai Lights will showcase ten unique interactive light installations by renowned artists and studios worldwide.

Horse racing: The Meydan Racecourse will see the region's most skilled horses and talented jockeys go head to head in a domestic challenge that runs along with the international Dubai World Cup Carnival, with races scheduled until 19 February. Tickets start at AED 2. For more information, visit Dubairacingclub.com.

City lights and decoration: The city will be decked with lighting decorations and structures, creating an ambience of fun and festivity. Giant illuminated DSF shopping bag structures will be situated in nine locations in addition to the DSF digital bag structure at Hessa Street. The Dubai Pop-Ups project supports SMEs and upcoming brands and labels across the city from across F&B, clothing, jewellery, accessories and much more.

The Closing Weekend: Iconic Hollywood film music composer Hans Zimmer and his 45-piece band, orchestra, and dancers will give a sensational show on 27 January 2023 at the Coca-Cola Arena. Tickets start at AED495 and are available at dubai.platinumlist.net.

Get the seasonal flu jab at these...