Dubai Calendar, the official listing platform for events in the city, has announced an incredible line-up of live music, culture and sports events which will take place throughout the city during November 2022.

Whether you are looking for musical entertainment to laugh along at a comedy show, enjoy a variety of culinary experiences, or even attend some top sporting events, including the first-ever Dubai Esports Festival, here's a list of go-to events in the city compiled by Dubai Calendar for November. 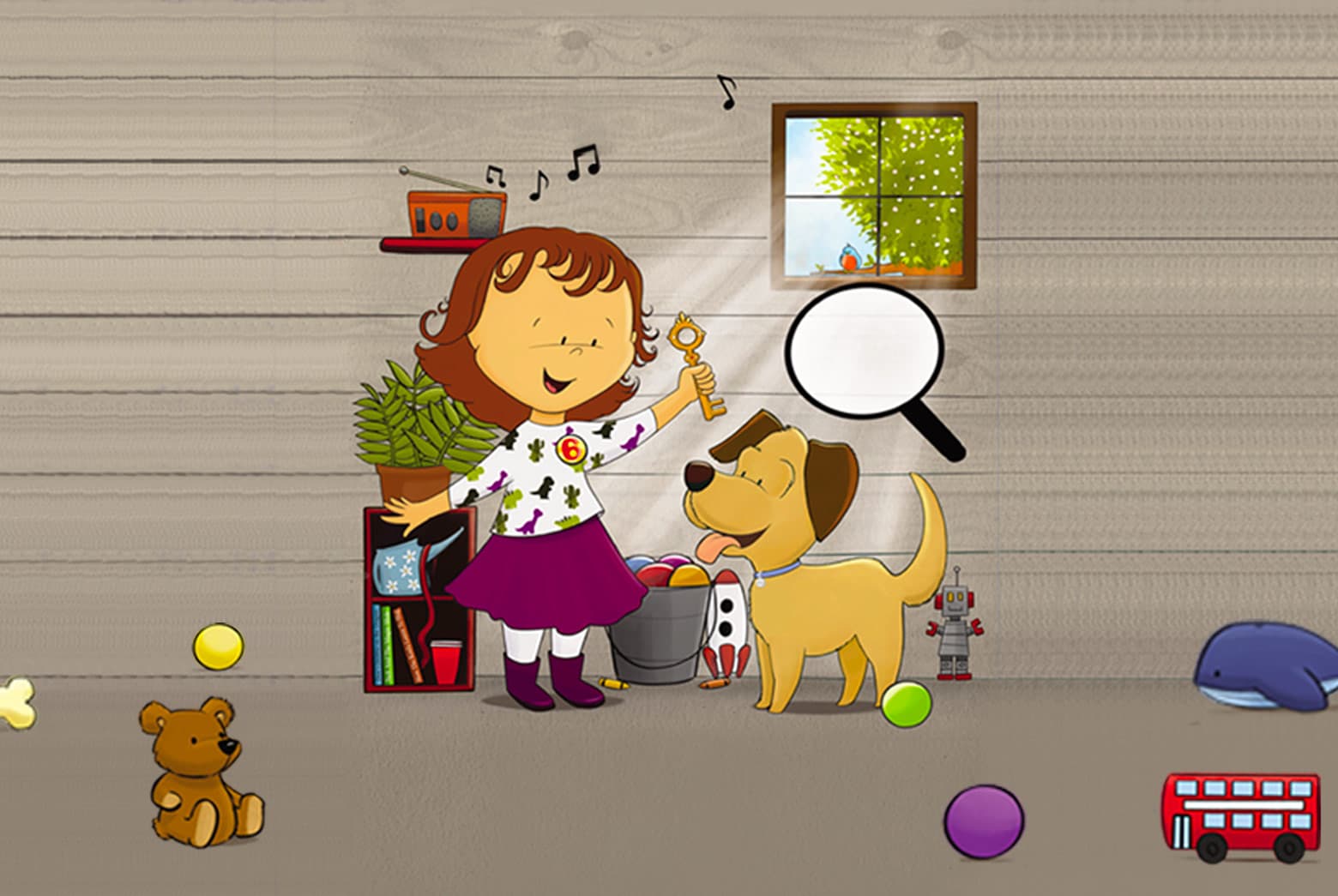 Foodies can fill enjoy a weekend full of delicious food, quirky music and urban art at Break The Block in Dubai Design District. Surround yourself with street food culture as the city's most celebrated dining concepts for just two nights only, from 4 - 5 November.

Faulty Towers fans can expect a night full of non-stop laughter as Basil, Sybil and Manuel hop on board the QE2, in a hilarious tribute to the BBC's iconic TV series. Following sold out shows around the world, this immersive experience returns to Dubai for one night only on November 5th.

Families can head to the Theatre at QE2 to see Steven Lee's latest book, I Spy With My Little Eye, brought to life on November 5th and 6th. Kids can have an incredible time playing with Molly and Bingo, the puppy, during this interactive musical experience.

Immerse yourself in art and culture at the region's largest creative festival, Dubai Design Week, from November 8th to 13th. Embracing Dubai's position as the design capital of the Middle East, this annual event features showcases from architecture, products, furniture and interior design brands.

Alka Yagnik and Kumar Sanu, the king and queen of Bollywood return to Dubai, are yet again joining forces for an electrifying performance at The Agenda on November 20th. The stars will be performing their classic 90's nostalgic hits, including Gali Mein Aaj Chaand all the way to their newer dance number Aankh Maare.

Be dazzled by the award-winning magician Rob Lake from 25th to 27th November at Dubai Opera, as he defies reason and logic with his epic tricks.

Foodies can prepare themselves for a winter food extravaganza as Etisalat Beach Canteen begins to indulge your cuisine curiosity at Safa Park from November 25th to December 11th. This buzzing outdoor food festival will feature an array of global gourmet nibbles, games, activities and attractions for the whole family.

Classic car lovers are in for a treat at the second edition of the immersive Icons of Porsche exhibition, where motors, art and culture all unite. Set within the trendy Dubai Design District, this experience will take place from 26th to 27th November for a safari-themed journey through the German automobile brands distinctive heritage. 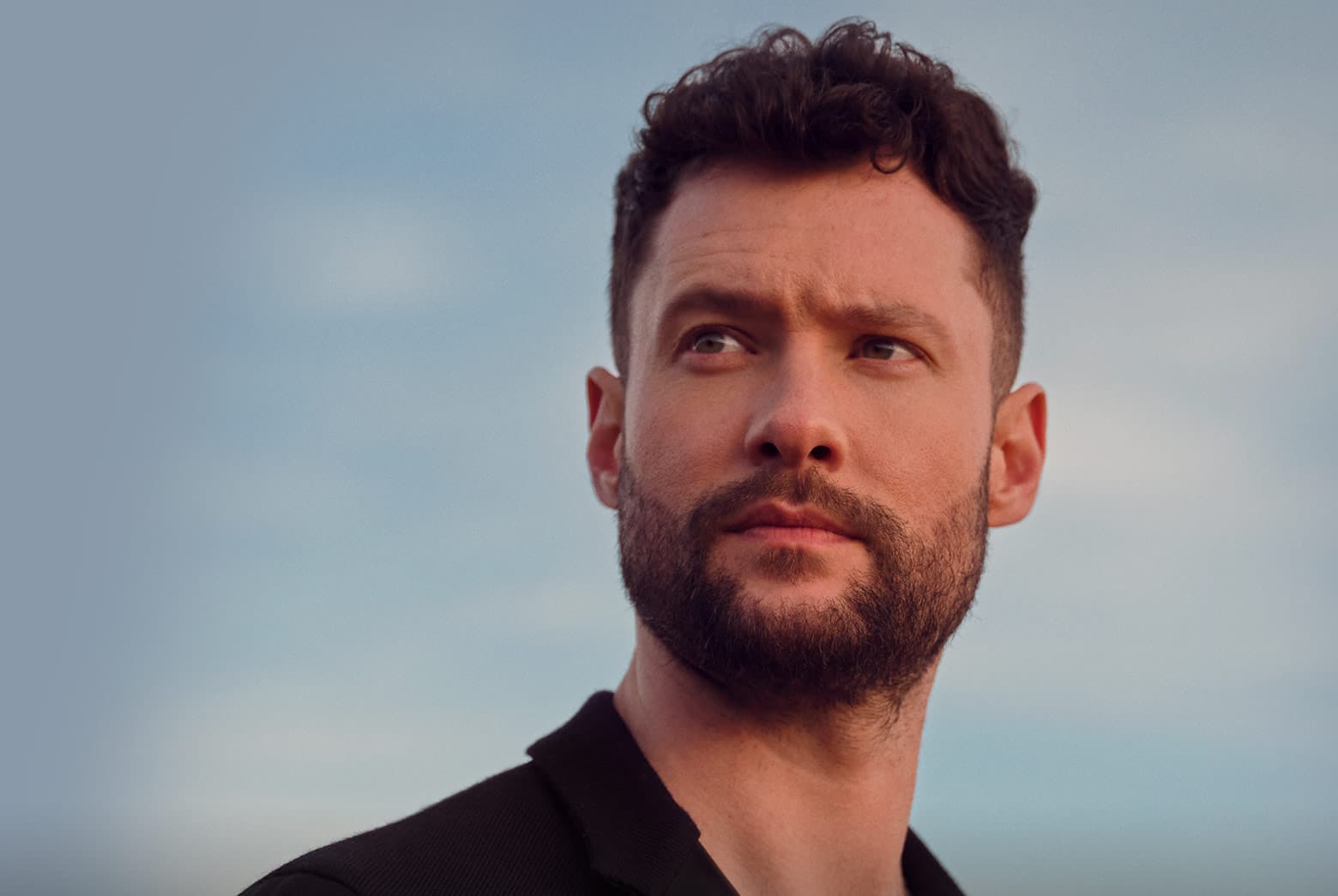 PARTY TO PERFORMANCES FROM GLOBAL ARTISTS

The greatly anticipated PaRus International Music Fest will return to the Burj Al Arab for its sixth edition. Russian singing sensation Lolita Milyavskaya will kick things off with a phenomenal concert on November 1st. This will be followed by pop rock band Leningrad who will be belting out their chart-topping hits on November 2nd.

The much-anticipated arrival of DJ Hardwell will be a non-stop party for EDM fans as he performs his 'Rebels Never Die' concert at Coca-Cola Arena on November 4th.

Be awestruck by the piano extraordinaire, Peter Bence, as Dubai Opera welcomes him on November 11th. The Guinness World Record holder will be performing incredible piano hits, with arrangements from Michael Jackson, Queen and Sia.

Classical music fans will be in awe of the Dresden Opera Ball at Dubai Opera on November 15th. The glittering, multi-cultural experience will showcase a world-class fusion of European and Arabic melodies with a performance from megastars including Plácido Domingo, Marina Rebeka, Riz Khan, Oksana Fedorova and The European Peace Chamber Orchestra Dresden.

Britain's Got Talent star, Calum Scott, will be returning to Dubai on November 19th to play his hip, catchy tunes at the Hard Rock Café. This performance will be part of his Bridges world tour, where he will be singing all of his chart-topping tracks and songs from his latest album.

One of the world's most renowned cello combos, Luka Sulic and HAUSER, who come together as 2Cellos, will be in Dubai to perform their final showcase, The Dedicated Tour. Appearing at Coca-Cola Arena on November 19th, the pair will play their signature, electrifying sounds, bringing together classical with modern covers.

Coca-Cola Arena is set to welcome globally recognised Scottish musical sensation Lewis Capaldi on November 24th. With numerous accolades and several number-one singles behind him, this concert will be one not to miss. 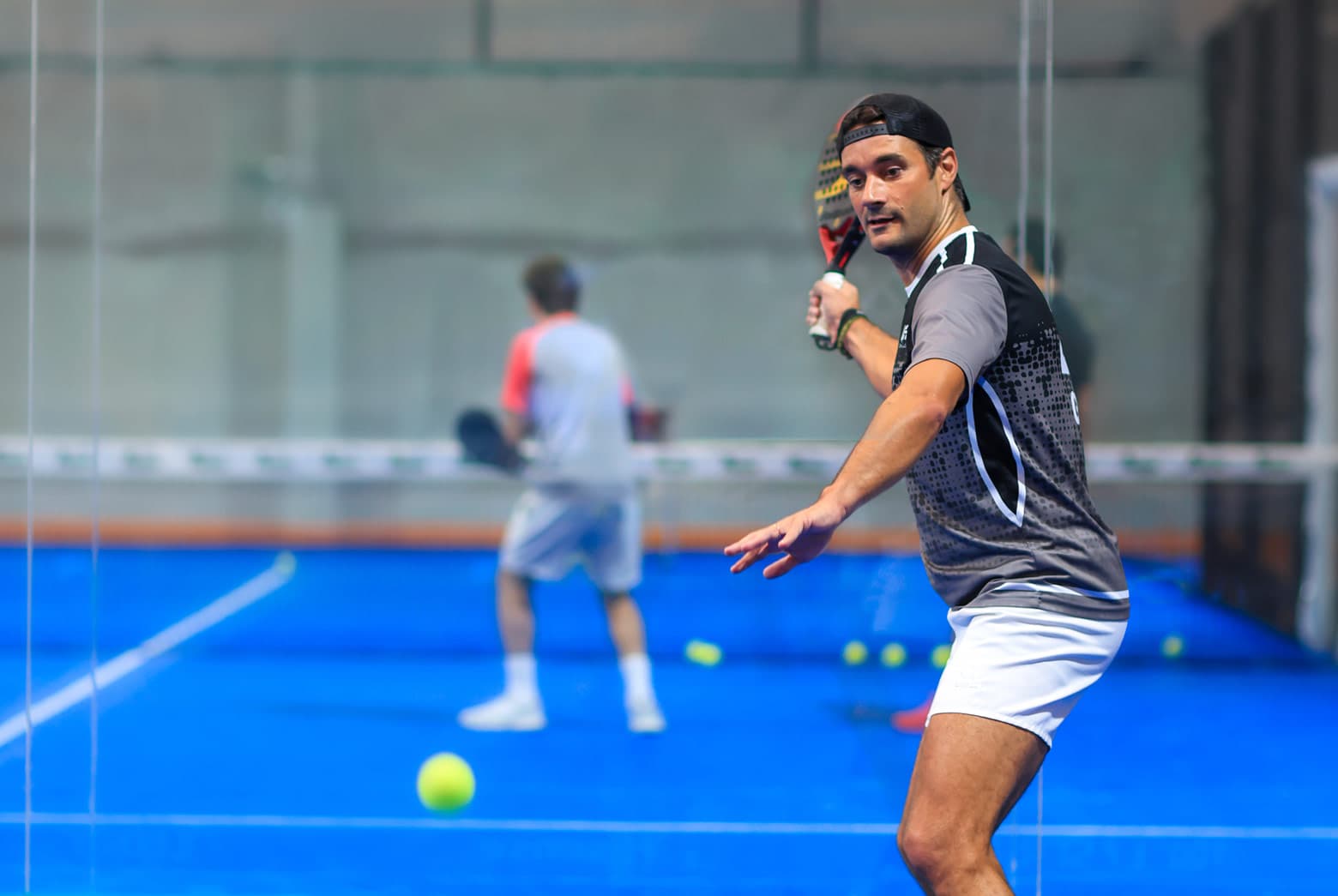 Get ready for the entire city to come together and celebrate fitness at the latest edition of Dubai Fitness Challenge, taking place from October 29th to November 27th. Launched in 2017 by His Highness Sheikh Hamdan bin Mohammed bin Rashid Al Maktoum Dubai Crown Prince and Chairman of The Executive Council of Dubai, encouraging the entire city to get fit for an entire month.

The first edition of The Legends Team Cup – ATP Champions Tour is in its final leg following qualifying stages in Croatia. Superstars including Lleyton Hewitt, David Ferrer and Radek Stepanek are just three of the 10 international tennis champions who will be jetting into the city for the final competition of 2022 at Dubai Harbour from 9th to 12th November.

Gamers are in for a treat with the first-ever edition of the Dubai Esports Festival (DEF) 2022, which takes place from 9th to 20th November at the Dubai Exhibition Centre. From the Initiate Summit for industry professionals to a fun-filled GameExpo and a pop culture convention, there is something for all esports enthusiasts.

Dubai, as a global yachting and water sports hub, is thrilled to welcome the Sail Grand Prix to the city from 12th to 13th November at Mina Rashid. This is the third season of this championship and will host six races, five fleet races and a race finale.

Get ready for an immense fight as Floyd "Money" Mayweather jumps into the ring with YouTuber Deji Olatunji for the Global Titans fight night on November 13th. This globally broadcast boxing match will bring two entertaining superstars into one ring at the Coca-Cola Arena for a highly-anticipated spectacle. 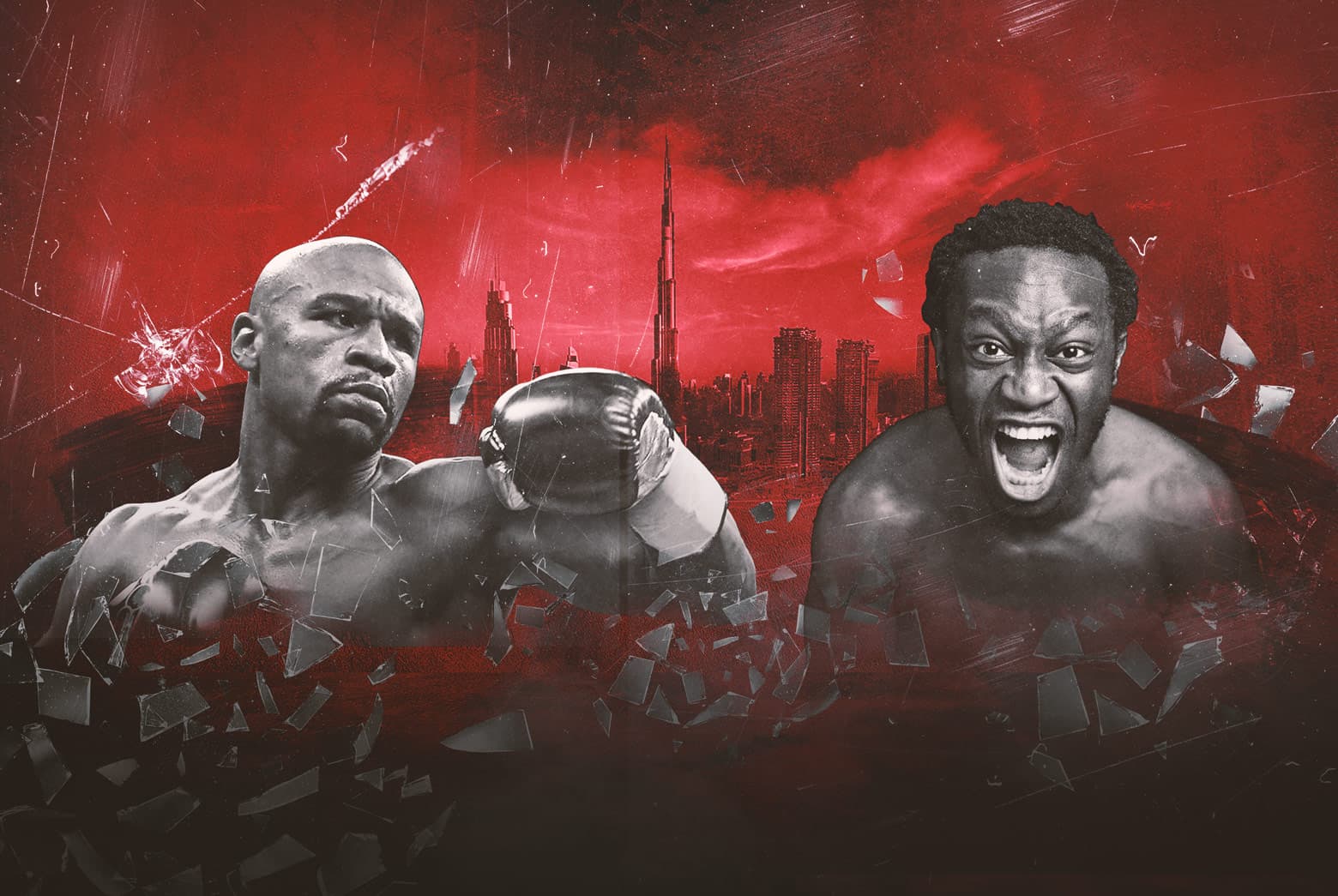 Football fans will be thrilled as England legends Gary Neville and Michael Owen are coming to Dubai for an exciting event, welcoming fans on November 17th at The Agenda. Soccer supporters will have the opportunity to chat with the legendary sportsmen as they answer all game-related questions and share insights and trivia.

The world's most decorated golfers are coming to Dubai for the annual prestigious DP World Tour Championship to complete the season of the Rolex Series, taking place at Jumeirah Golf Estates from 17th to 20th November.

Enjoy a heart-racing job around Dubai Autodrome with Run The Track on November 20th. The course will be free of cars and will be joined by crowds of like-minded runners and athletes.