Home The Bulletin The Environment Agency: Nature and wildlife thrive in Abu Dhabi
The Bulletin

The Environment Agency: Nature and wildlife thrive in Abu Dhabi 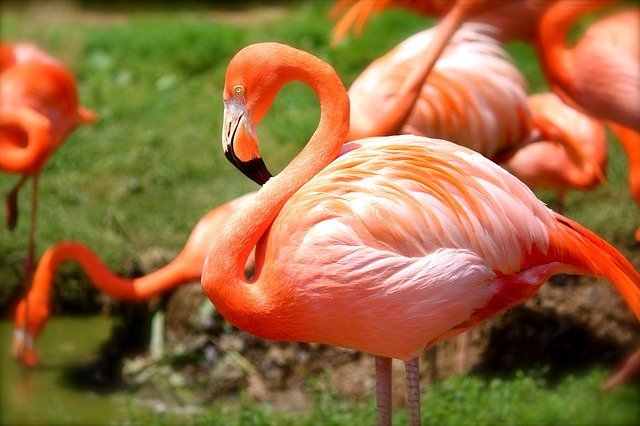 Photo for illustration purposes only

The Environment Agency - Abu Dhabi (EAD) has been observing the impact of 'Stay at Home' measures on wildlife and nature in Abu Dhabi. These extraordinary circumstances of reduced human and vehicle movement, as well as decreased business and industrial activity, have allowed the EAD to gain fresh insight into how these factors affect wildlife as part of the EAD's continuing efforts in conservation and monitoring.

The EAD found that wild animals and plant life have been thriving due to reduced human activity because of the Abu Dhabi government's precautionary measures on movement restrictions.

In urban areas, a large number of mountain gazelles were spotted close to the golf course on Saadiyat Island. Reduced movement and a decrease in noise and light pollution have allowed the animals to roam freely with ease. Birds have also been returning to residential areas as a result of people being at home and feeding them.

H.E. Dr Shaikha Salem Al Dhaheri, Secretary-General of Environment Agency – Abu Dhabi, said: "During this period, we have recorded improved air quality, with a significant decrease in nitrogen oxide levels in Abu Dhabi. The decreased pollution levels across the emirate is further supported by our recent biodiversity survey that reveals a healthy and thriving ecosystem. We have been observing and monitoring key indicator species such as turtles, dugongs and birds - in line with our Biodiversity Adaptation Plan."

In Jebel Hafeet, a female Arabian Tahr has been sighted at the base of the mountain for the first time. This species is typically present only at higher altitudes of the mountainous area. Three nests belonging to the diminutive owl species were also discovered at Jebel Hafeet. Due to lower levels of noise pollution, and high levels of rain recorded this year, more plant growth and diversity have also been documented.

Bird species populations have improved in the emirate, with increased reproduction of small birds such as the Kentish bird and black-winged stilts due to the absence of human activity in the Al Wathba Wetland Reserve. Similarly, The Environment Agency - Abu Dhabi (EAD) reports a rise in the rate of breeding among flamingos of more than 12 percent in comparison to last year, whereby there were 1,050 nests in 2019. Now, this figure has risen to 1,260 nests. In addition, flamingos have also been sighted near passages and areas that they have previously avoided in the past.

Dr Al Dhaheri added: "The several months of 'Stay at Home' measures have showcased the real and apparent impact of human and business activity on the environment. This has allowed us to rethink how we as a community interact with the environment and how we need to play our part to ensure these environmental gains are sustained and continue to grow as restrictions continue to ease."

Immerse in the Natural Beauty of the Lake...

UAE mosques and other places of worship to...

UAE Residents Outside the Country Require a Negative...

DCT Abu Dhabi Gears Up for a New...

Out and About Magazine is designed to highlight and celebrate ‘real people’ and relatable topics.