The Emirates Dubai 7s, part of the HSBC World Rugby Sevens Series, has announced the pools and match schedules for the festival, taking place on 2nd - 3rd December 2022 during the festival, which starts on 1st December.

The 16-team men's competition involves four pools of four teams each, while the 12-team women's event sees the teams divided into three pools of four. 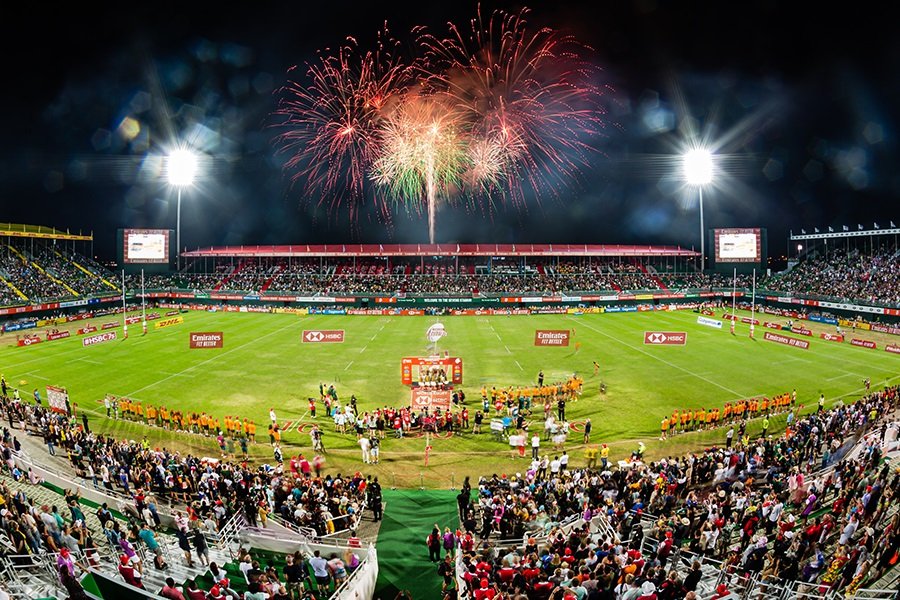 Matches will be played across two pitches and will kick off at 9 am UAE local time on Friday, 2nd December, with Ireland competing against Spain in women's Pool C. Following two full days of action-packed rugby matches, the women's final will take place at The Sevens Stadium at 6:56 pm on Saturday, 3rd December, followed by the men's final at 7:26 pm.

The 2022 edition of the rugby festival will deliver an amplified experience for all in attendance with additional entertainment stands and activations for children and young adults, including a new Hops & Food Market, the invitational team party tent, as well as a new stage called 'The House'.

The HSBC World Rugby Sevens Series will be the centrepiece of the Emirates Dubai 7s, which has hosted the series since its inception in 1999, as some of the world's best rugby 7s players take to the pitch.

With over 100,000 fans expected to attend this year's festival, fans and visitors can look forward to an exciting weekend of music alongside the rugby action on Pitch 1 and 2. Three world-renowned superstar DJs - Cuban Brothers, Gorgon City, and Craig David presents TS5 – will headline Frequency on 8, a visual and audio experience and Beats on Two, a unique bar concept which overlooks all the action on Pitch 2.

Participation in sports is also growing at the festival, with the addition of a new fitness competition, WODON3, an inclusive fitness competition for fitness elites as well as novice athletes looking to push their limits. This will join the Invitational Tournament favourites of Rugby 7s, 10s, and Netball presented by Nakheel Community Management and Cricket presented by Dulsco, featuring male and female participants from 32 countries.

Ticket options for the sporting weekend include the ultimate Hangar Hospitality for an upscale and all-access experience, Weekend General Admission and Weekend Reserved Seating, as well as single-day tickets that are available in limited quantities. Children under 12 years of age gain free entry during the weekend.

ADIDAS’ LINEUP OF FEDERATION KITS FOR THE...