The world is a fascinating place, featuring a variety of cultures from different countries. Culture holds much importance to each and every ethnic group. Let’s see how many of the world’s most diverse cultures showcase their beauty through their traditional and regional dresses: 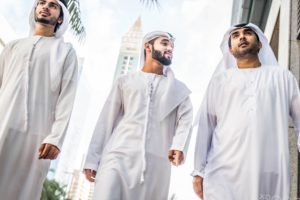 Many locals in the UAE still wear Emirati garments to acknowledge their culture and religious beliefs. They also consider it as a representation of the nation’s identity. Most men wear the kandura, a long white woven cloak, paired with the ghutra and agal, or the headscarf and the black rope. Women, on the other hand, don the abaya. Many women also add in headdresses like the hijab, burqa, niqab or gishwa. 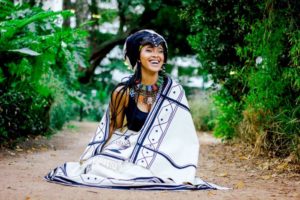 Beaded works are a speciality for the Xhosa people. This talented ethnic group in Southern Africa is known for their beaded regalia which is integrated into their textile skirts called the imibhaco. For more important celebrations, they would add beaded bracelets, necklaces, ankle ornaments and headpieces to their ensemble. But there’s more to the Xhosa beadwork than its intricate designs and enthralling colours; it symbolises the social markers of a person the identity, social class and location. 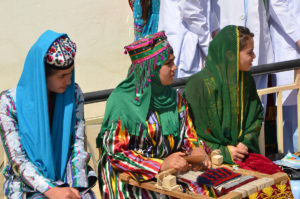 Reflecting various ethnicities, Afghan clothing is also a melange of tradition. And because of the number of ethnicities in the country, the styles vary considerably according to each region. But in the majority, women wear the firaq partug, which is consist of three garments the firaq, partug and chador. There are also some who would incorporate a burqa or a tsādar to their costume. The traditional attire for men is the Khet partug, along with the Perahan wa tunban. Headgears such as kufi, mazari hat, peshawari cap and sindhi topi are also common amongst locals.

Traditional clothes are still a part of Ethiopian day-to-day living. Each ethnic group in Ethiopia has its own version of traditional clothing and this is what makes their culture richer and more fascinating. The most popular amongst all traditional dresses is the habesha kemis. Women and men wear their beautifully adorned habesha kemis on special celebrations. Habesha kemis are loose, white garments with embroidered borders and shiny threads. For women, they would add a shawl and other accessories to complete their look. 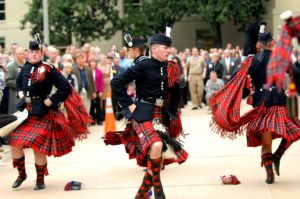 Scot’s traditional dress is quite popular in the global scene. This knee-length plaid skirt, worn by both local men and women, is a part of Scotland’s national outfit. This clothing is similar to the kilt, which was introduced back in the 16th century by the natives of Scottish Highlands. The traditional attire for men comprises of the kilt, a kilt hose, sgian dubh and ghillies, while for women, it’s a tartan skirt, a shawl and a tam o’ shanter. 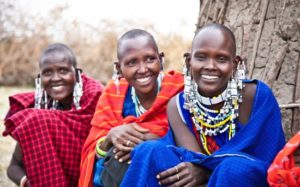 Brimming with bright red and blue colours and with hints of jewellery, the Maasai shukas spell out vibrancy in all ways. The red colour symbolises courage and unity while blue represents the sky, which is very important for their animals. This traditional fabric amongst the Maasai is not just used to depict their animated culture, but also to protect them from rough terrains, temperature and wild animals. Massai dresses complement both men and women. 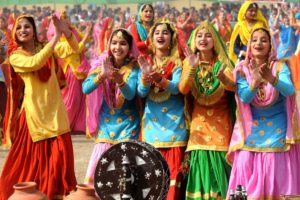 The Indian culture is very rich, so are their traditional costumes. These traditional attires are staples in most celebrations in the country. The saree, salwar kameez and churidar and panche are common traditional dresses amongst Indian women. All these dresses are full of colours and embellishments. And of course, temporary henna tattoos are a part of the traditional women’s getup too. On the other hand, dhoti and bandhgala are traditional men’s garments in different Indian regions.

THE YORUBA PEOPLE OF NIGERIA 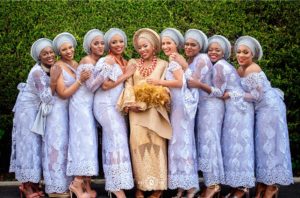 The Yoruba traditional style is always a spectacle to behold. It’s a melange of bright and beautiful colours, vivid patterns and flashy ornaments. The Aso-oke is one of the most recognised of Yoruba traditional fabric used to create formal and casual dresses. This intricately hand-loomed garment is also used to make the traditional agbada for men and the complete set of buba, gele, iro and iborun for women. These gorgeous attires are mostly worn during special occasions like weddings, title ceremonies and holidays. 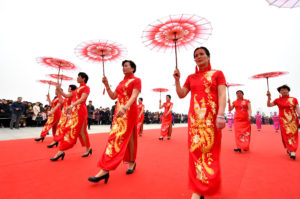 Chinese traditional clothing proudly showcases their historical cultures and even foreign influences. Not only that, China has a lot of ancient costumes because of their many dynasties. Probably the most well-known attire, particularly for women, is the cheongsam or qipao, which is the form-fitting red dress with high cuts on the sides. Hanfu is another traditional female dress that is made up of a tunic, a skirt and a belt. The zhongshan suit and tang suit are the predominant attires for men. 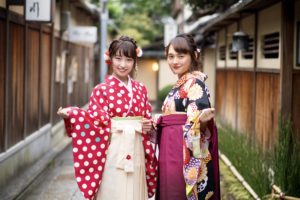 In Japan, traditional dresses speak a lot of the past and culture. Kimonos, in particular, have been part of Japanese daily life. These outer garments tied with an obi were used by the natives for centuries. Though it’s rare to see people wearing kimono on local streets, this traditional attire is significantly valued, and worn by people during special celebrations. Aside from the kimono, other ancient Japanese garments include hakama, yukata, tabi, hiyoku and uchikake. 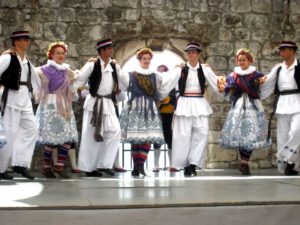 The Croatian traditional dress illustrates the blue and white lacework with a hint of other bright colours. Women often match their dresses with woven sashes and flower headdresses while men pair their white attire with black vests and local hats. 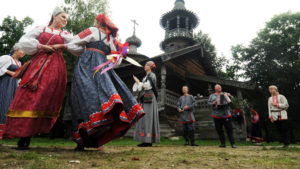 One notable Russian traditional dress is the sarafan a pinafore dress that comes in different styles such as trapezoidal, circular and deaf. Distinctively, Russian traditional dresses were only worn by the peasants because of Peter the Great’s rulings during the 16th century. According to it, classes other than that of the peasants, put on foreign clothes instead of their local garments. Now, these costumes are used during festivals, carnivals and other holidays. 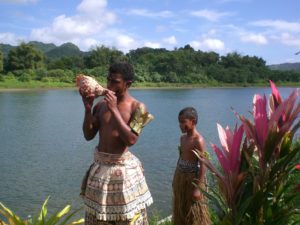 Back in the 19th century, Fiji welcomed their traditional attire, which is the sulu. Sulu is unlike most cultural dresses because it’s very versatile and unique. It can be worn by both men and women, popularly in a wrap-around style as a dress or as a skirt. Often worn during formal celebrations and occasions, Sulus may be either plain or elaborately decorated. This traditional kilt is considered as the country’s national dress. In the Pacific, sulu is also called as sarong or lavalava. 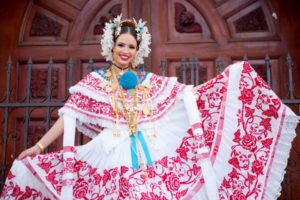 A cheerful mix of colours define Colombia’s traditional dress the la pollera. This vividly-hued attire outlines a coloured skirt, an off-the-shoulder ruffled blouse and a decorative headdress. This traditional clothing is considered the national costume for women. Also holding the center stage during annual festivals is the men’s traditional attire, which is a combination of a white shirt, trouser, red scarf and hat. Another important traditional piece that’s worth the mention is the sombrero vueltiao. 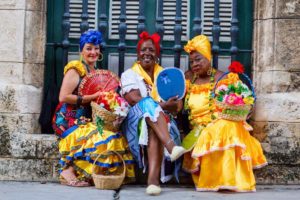 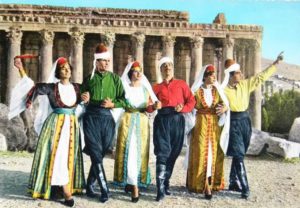 While many Lebanese outfits are influenced by western style, their traditional dresses are still prevalent, especially in the countryside. Rural areas give significance to their ancient attires, which are often products of the country’s history and culture. Lebanese women wear embroidered cloaks, scarves and veils to cover their body while Lebanese men would pick the ethnic baggy trousers also called the sherwal. One unique feature of a Lebanese costume is their love for embellishments. 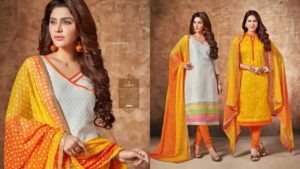 Wrapping its diverse culture into its flamboyant costumes, Pakistan’s traditional dress is a captivating blend of style and sophistication. The shalwar kameez or the traditional suit, is the national dress amongst Pakistani men and women. Men wear the sherwani, which is a long embellished coat draped over the shalwar. Sometimes, women opt for lehengas during special ceremonies and other occasions because of its more feminine element. 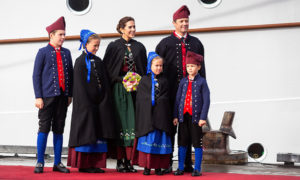 Exuding delicate and erudite vibes, the traditional Faroese dress is proudly donned by the natives during the country’s national holiday St. Olaf’s Wake. The traditional dress for men highlights their wool waistcoat with silver buttons and other intricate patterns. For women, their tight red lace dress is paired with a black open sweater. 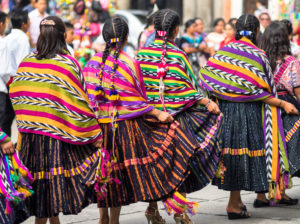 The Mayan descendants in Guatemala hold a notable part of the continuance of the country’s traditional attire. Native women still wear the traje a traditional costume comprising of a square-cut top (hupil), a skirt with yellow stripes (corte) and a belt (faja). For men, there’s a traditional open jacket or chaqueta. The designs, colours and embellishments may vary because of the different Mayan groups. But ultimately, everything boils down to singularly showcasing the rich Mayan history and culture.

Fashion Pieces that Will Not Go Out...

Out and About STYLE Mag. at Professional...