Front and Centre at Gucci Ready to Wear Fall 2022 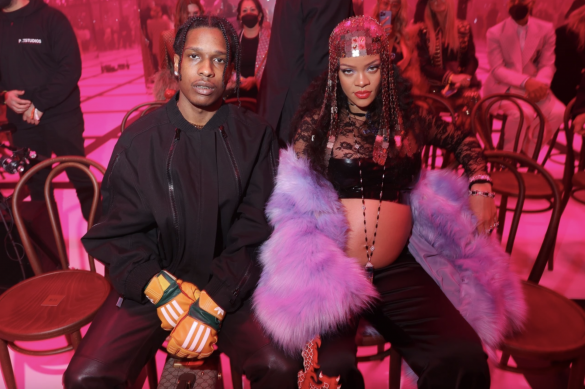 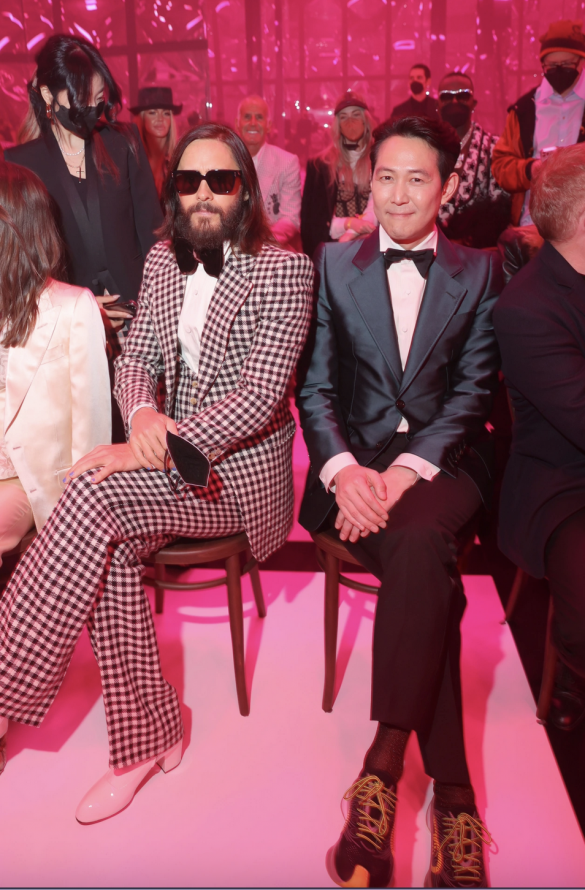 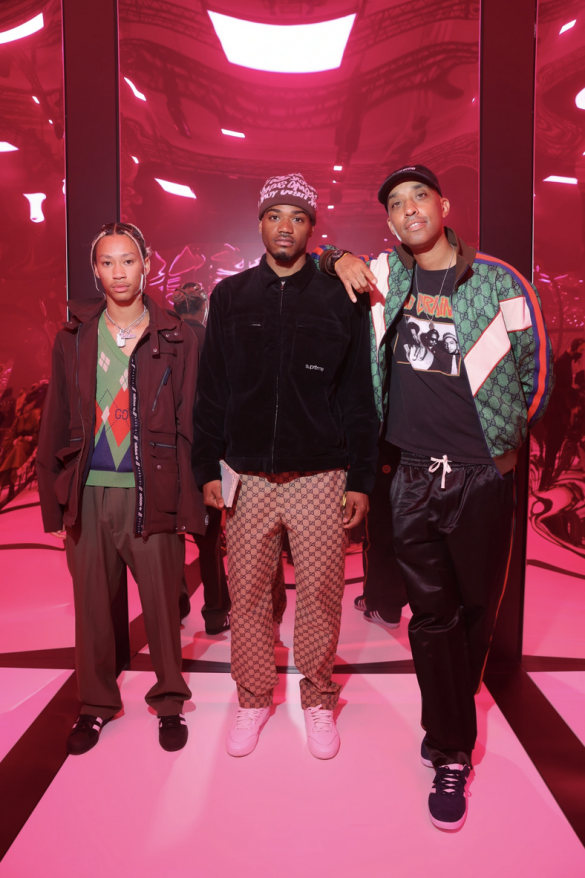 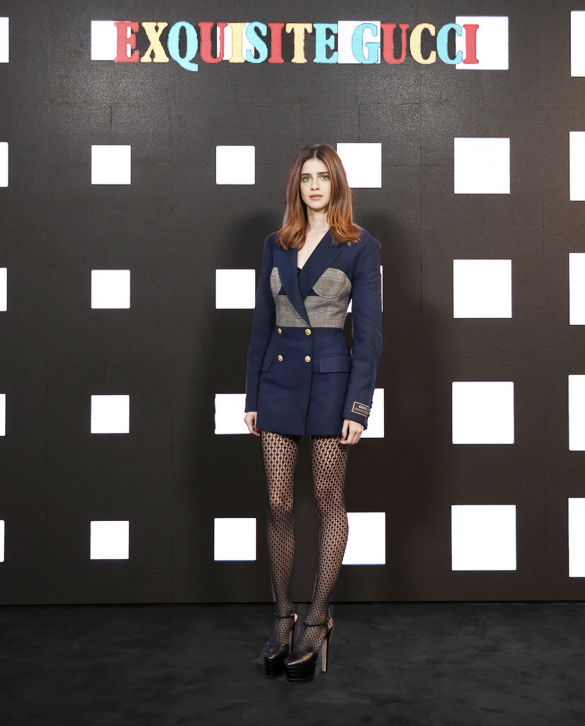 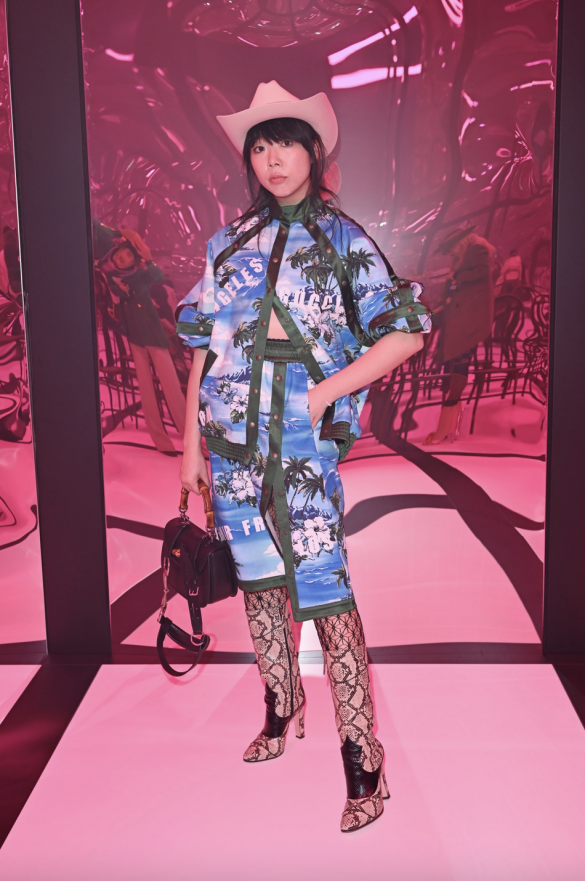 Michele’s took it back for his first Gucci men’s collection in all its bow blousy-ness, which at the time some said looked more like womenswear.

That was then, but this is now. And suppose Michele has proven anything during his seven-year tenure as creative director at Gucci.

The show was opened by a woman, dressed in a men’s navy blue, double-breasted brass button suit, reminiscent of the kind of “Working Girl” power suit-and-pumps looks that were 1980s office attire, except for the green mullet hairstyle.

Now it was Gucci’s turn. Michele introduced a collaboration with Adidas that may be his biggest yet, mixing streetwear with Italian sartorial tradition to create elevated tracksuit suits that should send hype beasts into orbit. Not to mention, nudge them to dress up a bit more. If this is a season about power tailoring, Michele figured out how to serve it up to sneakerheads. 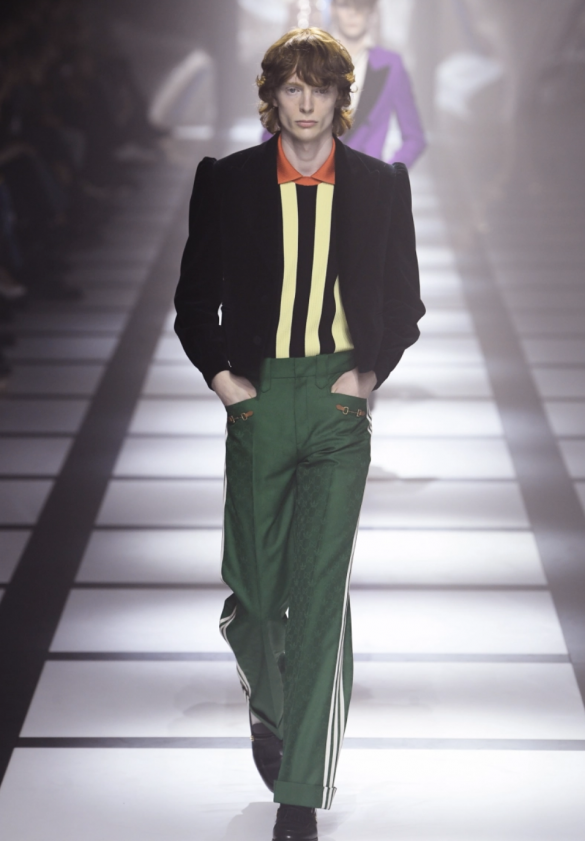 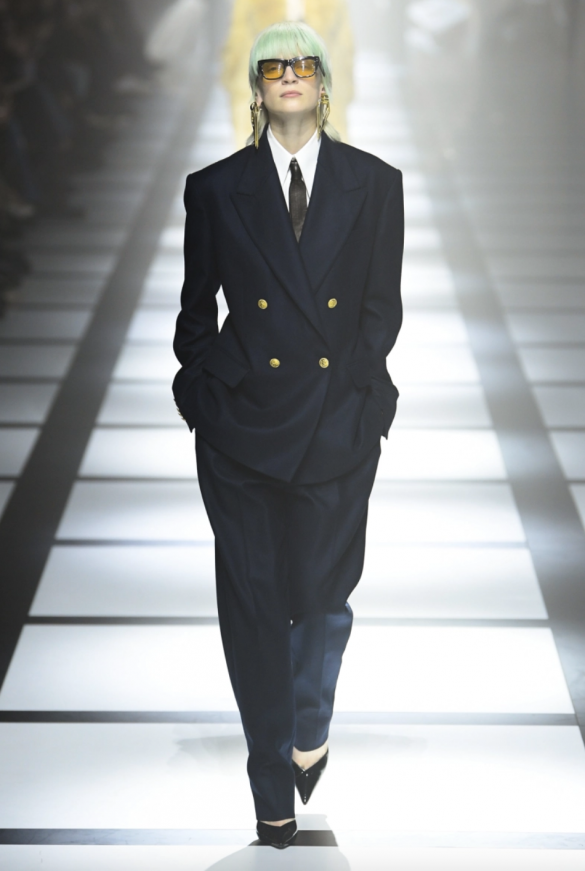 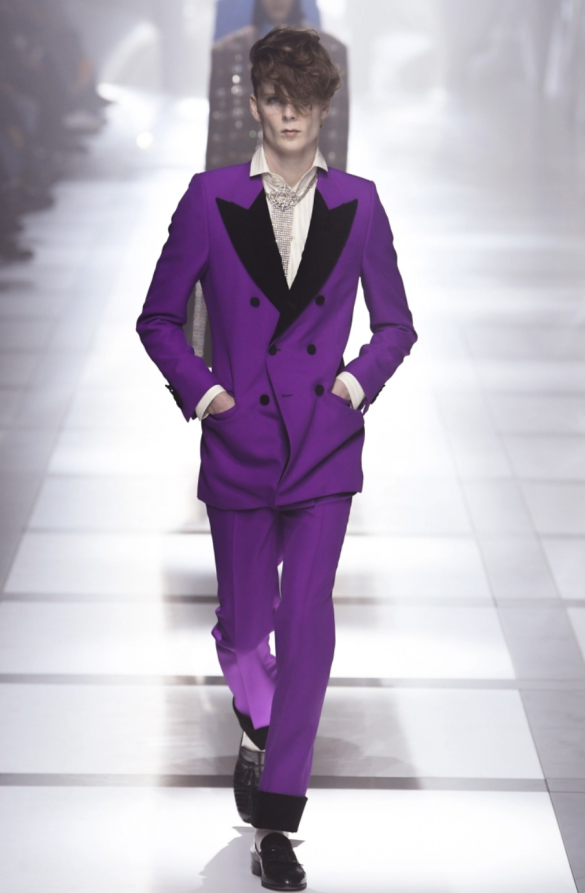 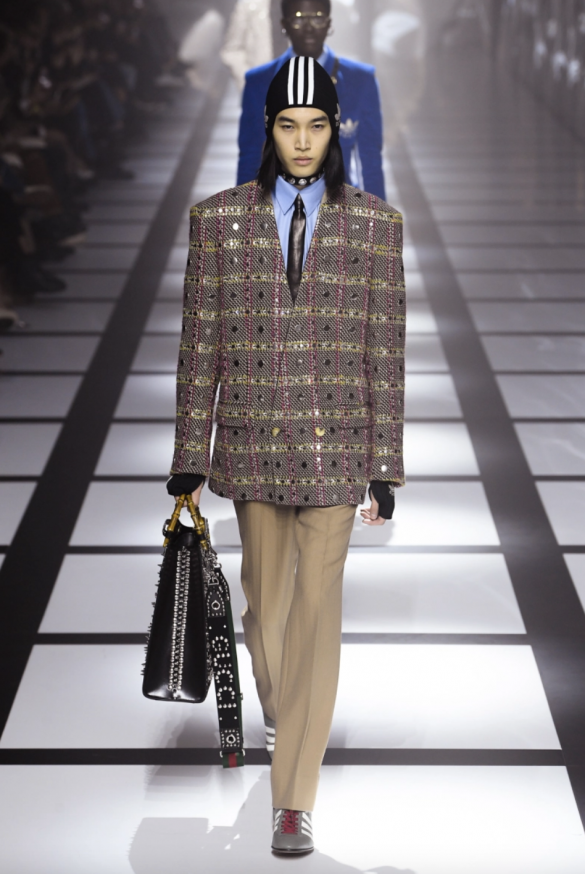 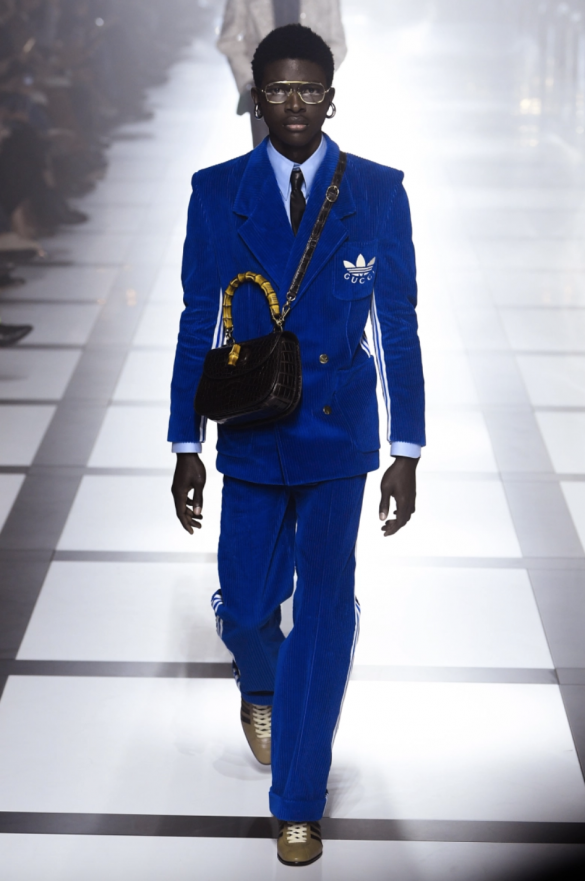 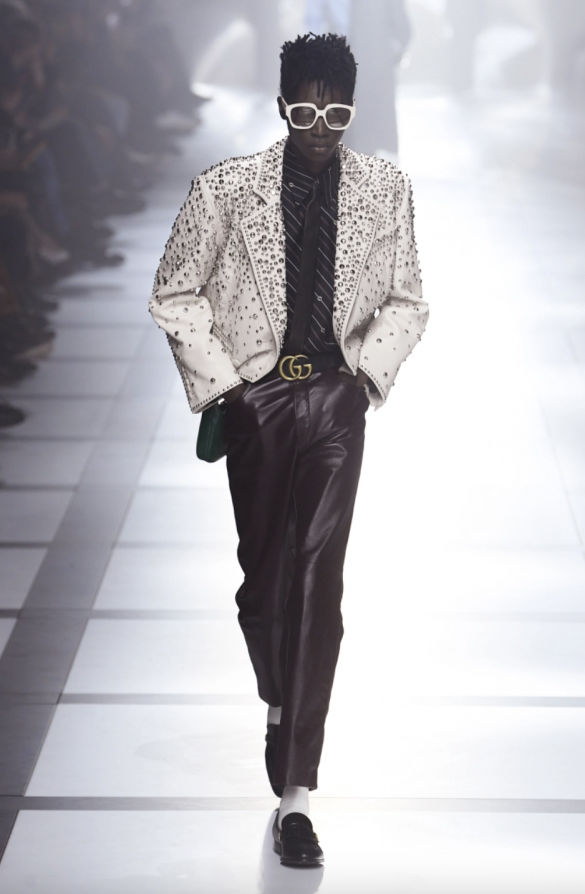 “The idea was to break the codes of sportswear,” he said, sharing that the collection will be sold through pop-ups worldwide, which he helped to design.

More than just slapping an Adidas logo on T-shirts and hoodies, as some others have done, Michele mixed the codes of Adidas with those of Gucci, achieving something elevated and elegant, akin to his Balenciaga Hacking Project.

A cornerstone of the collection was a red track dress, inspired by a do-it-yourself Adidas dress made by Los Angeles designer Laura Whitcomb of the ’90s era brand Label, and worn by Madonna in 1993.

Also luxe casual was a royal blue corduroy suit, beautifully tailored with broad shoulders, a double-breasted blazer emblazoned with the Adidas trefoil leaf logo on the breast pocket, trousers with the athletic giant’s signature side stripes, worn with a leather necktie and bamboo handbag. 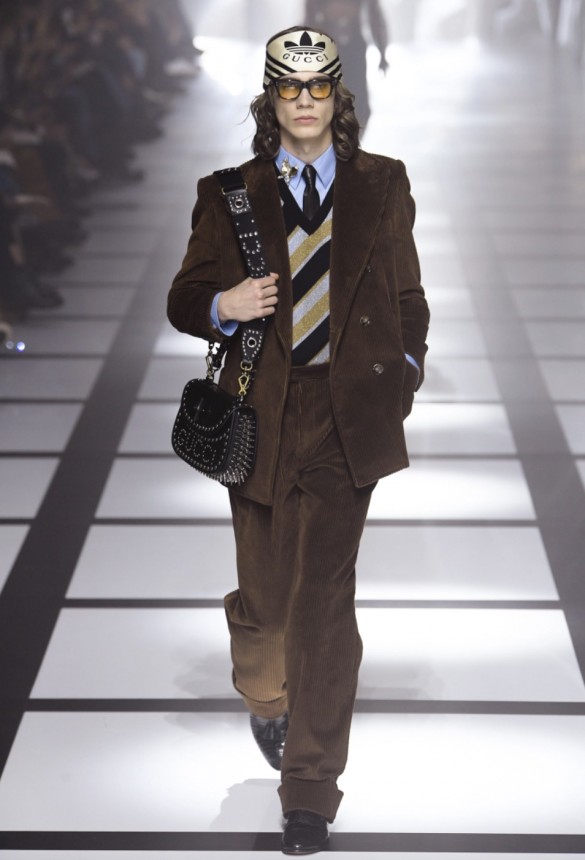 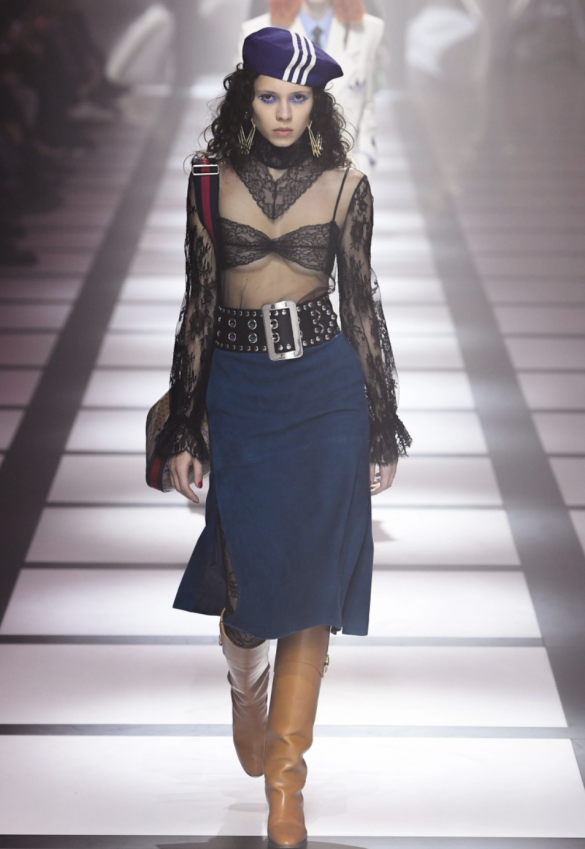 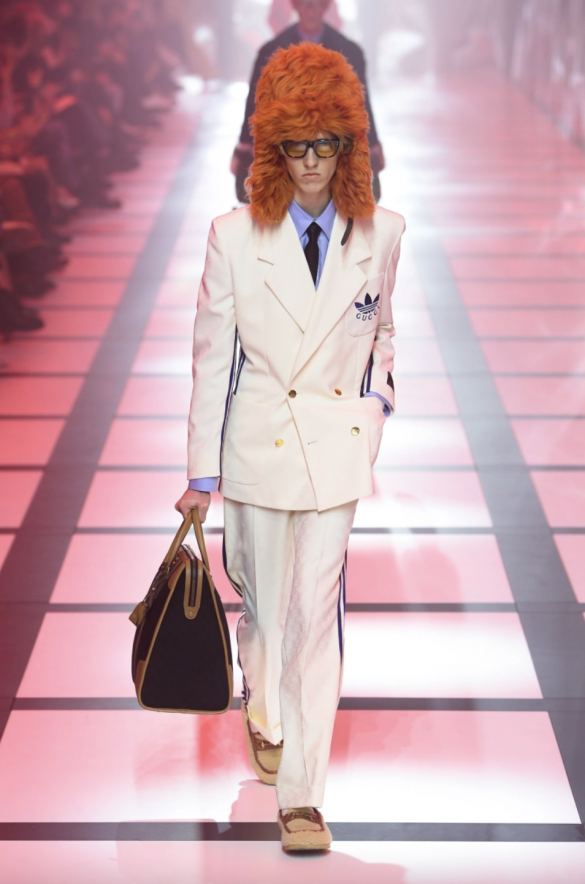 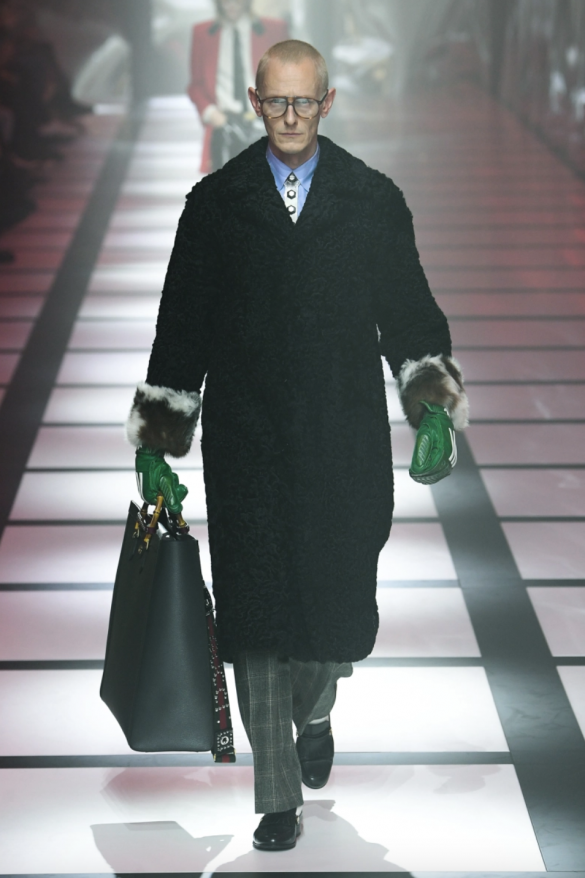 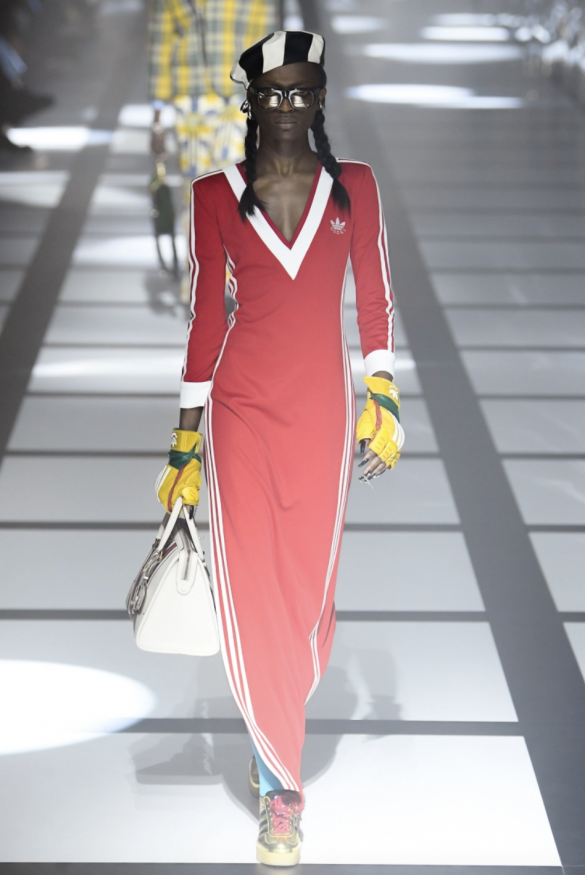 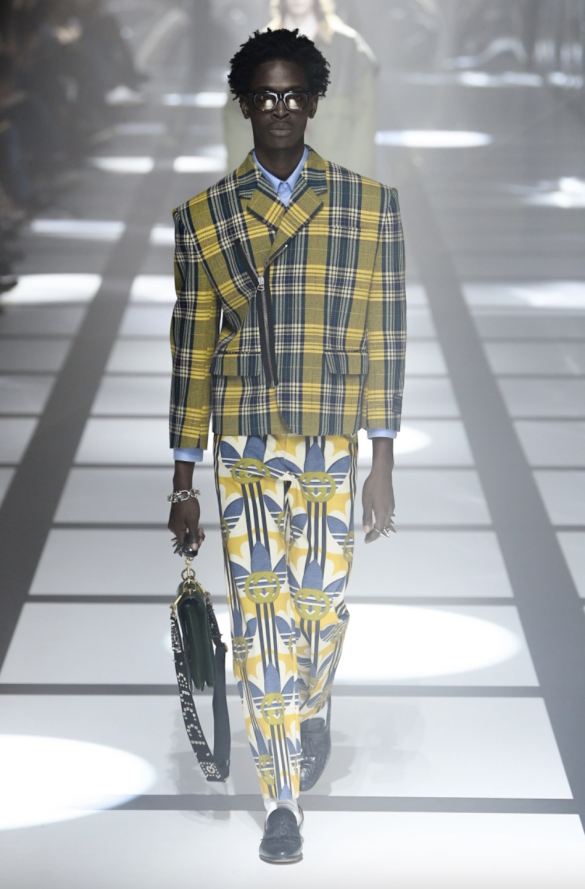 More than sneakers, although there were some of those, too, the trefoil stripes and leaves adorned high-heel brogues and boots, bamboo totes, silk scarves, berets and double-billed baseball hats. They trimmed a green overcoat, a cream mohair ski bunny sweater knit set and mixed them with GGs to make a graphic, op-art print. There was even a tricked out Adidas Victorian white satin gown.

He also brought out some lace catsuits and mega furs, sheer corsets and bras for all, and a black leather suit covered in studs.

Fashion Pieces that Will Not Go Out of Style!

Met Gala: From Gigi Arriving as her Sofa,...