Yas Marina Circuit, Abu Dhabi, UAE, October 23, 2021: Organizers of the FORMULA 1 ETIHAD AIRWAYS ABU DHABI GRAND PRIX 2021 have today announced that this season's final race will see a return to full capacity at Yas Marina Circuit, as fans anticipate the conclusion of this year's championship in a sporting and entertainment extravaganza. 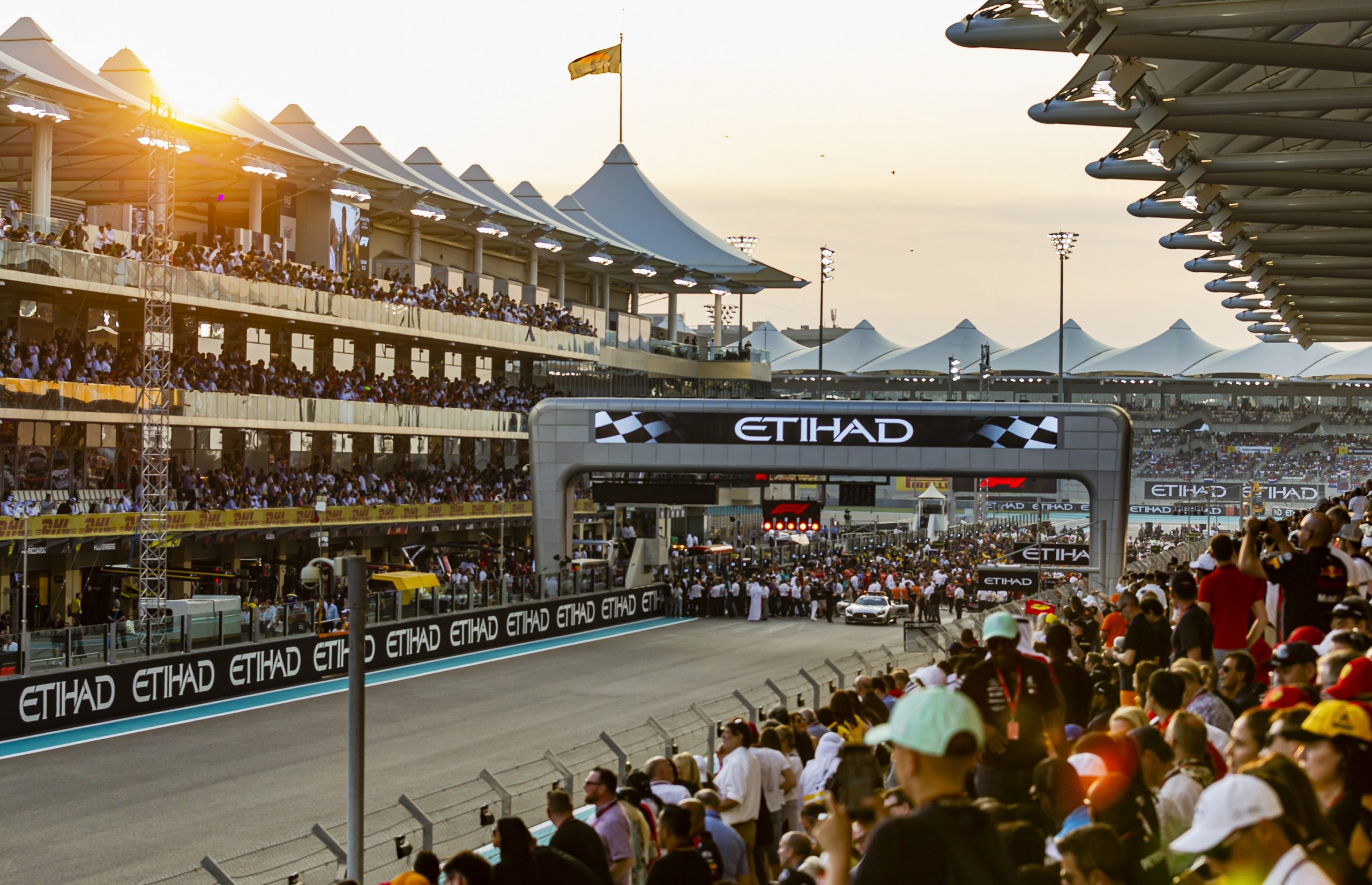 Aligned with the latest government regulations, capacity at Yas Marina Circuit has increased allowing for a full-capacity crowd to get in on the action taking place from December 9th-12th. With the boost in total fan attendance at the circuit, Children under the age of 12 will now also be permitted to attend events during the race week, allowing families to enjoy the high-speed action together. New tickets are available across the categories including one-day tickets and the circuit's world-class hospitality packages to attend the full four-day landmark event. To book your spot at this year's must-attend event, book your tickets now via www.yasmarinacircuit.com.

The race action at this year's event will showcase motorsport's biggest stars, including Lewis Hamilton, Max Verstappen, Valterri Bottas, and Lando Norris, take on the newly reconfigured track for the first time. Modifications have been made to set up more dramatic racing and increased opportunities for overtaking, offering fans an enhanced overall spectacle. With the potential championship decider between Mercedes' Hamilton and Red Bull's Verstappen at this season's final race, racing enthusiasts are sure to see history in the making at this year's milestone event.

Combining top-level motorsport with world-class entertainment, fans attending this year's event can look forward to the return of the traditional Yasalam After-Race Concerts produced by Flash Entertainment. Grammy-nominated artists, Khalid and Lewis Capaldi are the first to be announced in a star-studded line-up of four AAA artists, performing at Etihad Park on Thursday and Saturday respectively. 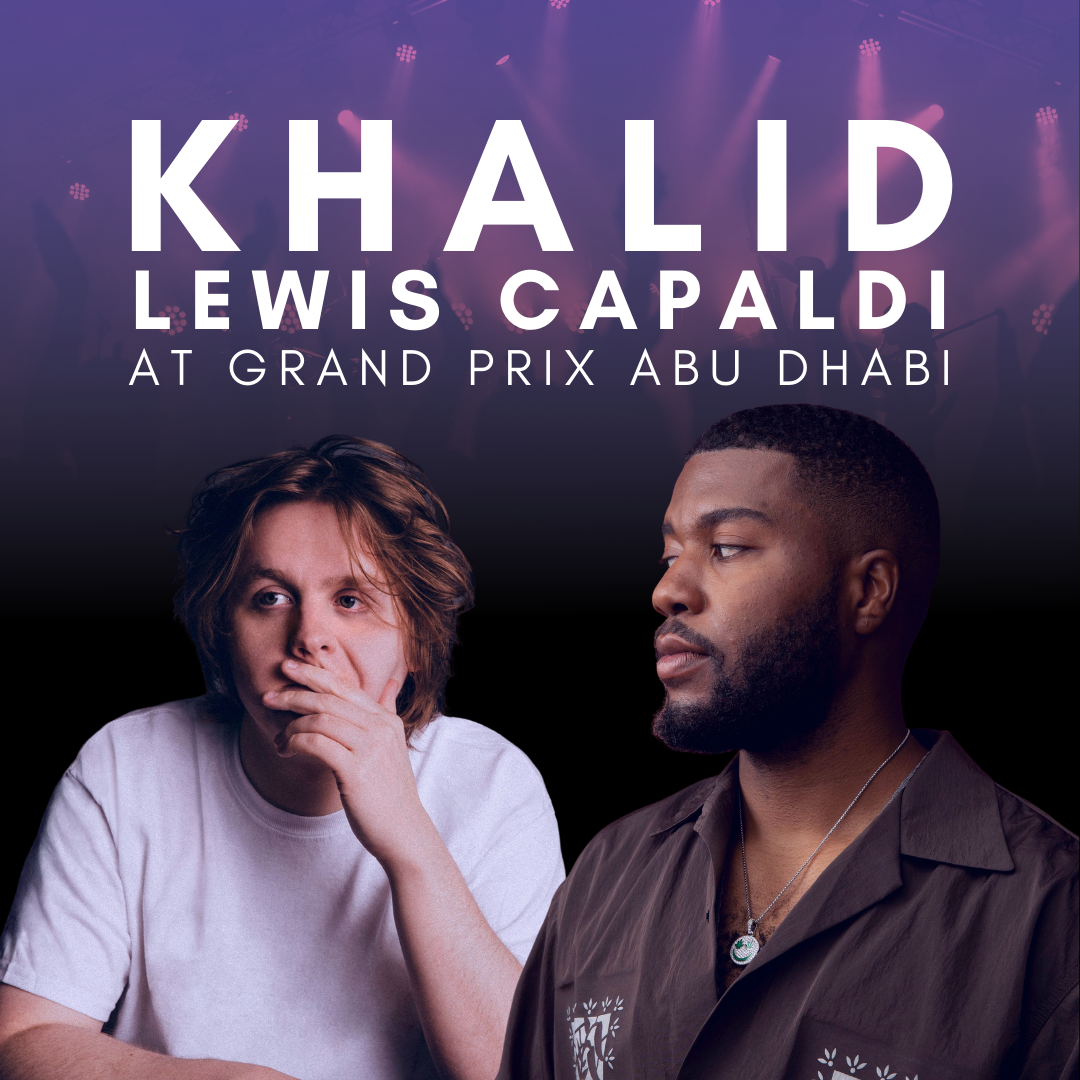 A Yasalam After-Race concert ticket must be first activated by entering Yas Marina Circuit for the Formula 1 Etihad Airways Abu Dhabi Grand Prix on the day you're attending the concert.

The 2021 installment is guaranteed to provide fun and entertainment for fans, with a host of activities to enjoy alongside the motorsport action itself. With the new attendance allowance in place, Children under 12 will also be able to attend the weekend's packed schedule. Across the weekend, a Yas Island Super Parks Pass is now available, allowing holders unlimited access to Ferrari World, Yas Waterworld Abu Dhabi, and Warners Bros. World across the race weekend.

Fans attending can also look forward to an exclusive preview of the 2022 F1 © car, which is guaranteed to excite motorsport fanatics, while the Grand Prix will celebrate the UAE's 50th anniversary through a series of activations in the various entertainment zones, as well as Heritage Village.

With the latest government guidelines allowing for the return of spectators and a full-capacity crowd at this year's Grand Prix at Yas Marina Circuit, ticketholders will be able to experience the full venue across the weekend, including the return of the Pit Lane Walk. Motorsport fanatics can get an up-close look at how teams work behind the scenes with the traditional Pit Lane Walk on Thursday for all ticketholders and an additional option for Paddock Club members to gain exclusive access on Wednesday too.

"We look forward to welcoming back fans for what's set up to be a fantastic weekend of sport and entertainment at Yas Marina Circuit. The boost in spectators to be a full crowd present on race day will play a special role in creating the atmosphere and buzz we have come to associate with the event as a highlight of the UAE's sporting calendar.

"We will continue to work closely with Formula 1 and all key stakeholders to ensure all relevant safety procedures are implemented to guarantee the safety of everybody present, including the requirement for all in attendance to be vaccinated and present a Green Pass on the Al Hosn app."

John Lickrish, CEO Flash Entertainment, said: "The return to full capacity is wonderful news and is testament to Abu Dhabi's rapid, coordinated response to the pandemic and a progressive approach to recovery. We always ensure we deliver unmissable experiences to the highest safety standards and we can't wait to bring an exciting weekend of world-class sport and live entertainment. With Khalid and Lewis Capaldi already confirmed, the final two AAA artists will be announced soon and will add even more excitement to an already hotly anticipated return of the much-loved Yasalam After-Race Concerts, ensuring an amazing atmosphere at the capital's favourite music festival."

A selection of precautionary measures will remain in place, including temperature checking, venue sanitization, and social distancing, while there will be a first aid and Covid-19 testing point on site, which will include a dedicated quarantine room for suspected cases. Per government regulations, Masks are to be worn at all times and all in attendance will be required to present a Green Pass through the Al Hosn app and a negative PCR test within 48-hours to enter the venue.

With more exciting announcements to follow, purchase your ticket now to ensure you don't miss out on one of the year's biggest and best events.

Tickets can be purchased here

AIN DUBAI OPENING WEEKEND: All you need to know

Out and About Magazine Issue 5 Vol. 3

8 Restaurants that Guarantee a Truly Thai...