The creative vision for this newly designed Harry Potter-themed land from Miral and Warner Bros. Global Themed Entertainment will invite fans to step inside iconic locations from the wizarding world, seen in an all-new way. 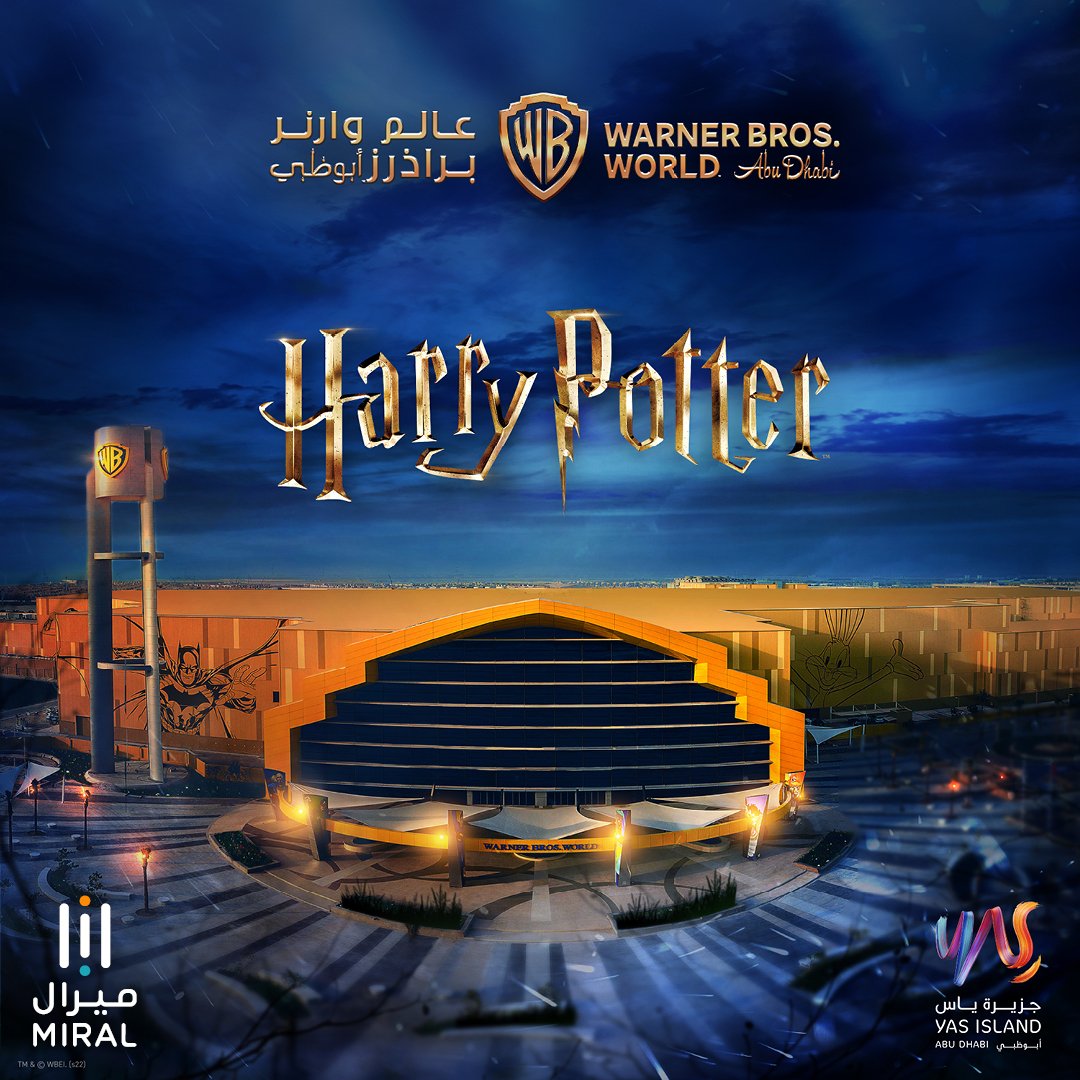 HE Mohamed Khalifa Al Mubarak, Chairman of Miral, expressed his excitement about this project, saying: “We are very proud of our continued partnership with Warner Bros. Discovery and excited to be bringing this spellbinding first to the Middle East and the world in the future. This is yet another testament to our commitment to continue to position Yas Island as a top global destination for entertainment and leisure, and a great addition to Abu Dhabi’s tourism offerings, contributing to the growth and economic diversification of the Emirate.”

Pam Lifford, President of Global Brands and Experiences from Warner Bros. Discovery, said: “The Wizarding World offers something for fans of every age to enjoy. The original Harry Potter stories and the blockbuster film series continue to captivate and inspire hundreds of millions of fans around the world, and our Global Themed Entertainment team, together with our world-class partner Miral, will expand our successful Warner Bros. World Abu Dhabi to bring this magical experience to life. Together with our lands at Universal Parks, this will add a wholly new and spectacular destination for fans to immerse themselves in.”

Harry Potter is truly a global phenomenon, spanning eight films based on the best-selling book series - which has sold over 600 million copies worldwide, been distributed in more than 200 territories and translated into over 80 languages. Today, these iconic stories and the resulting experiences are beloved by a passionate community of millions of fans from all over the globe.

The addition of a Harry Potter-themed land at Warner Bros. World Abu Dhabi (groundbreaking date yet to be revealed) expands upon a successful line-up of themed lands and experiences, including Bedrock, Dynamite Gulch, Cartoon Junction, Gotham City and Metropolis, that have brought fun and unforgettable memories to Warner Bros. fans and further supports Miral’s vision to position the park as a top global destination and a great addition to the island’s unique portfolio of attractions and experiences, while contributing to Abu Dhabi’s tourism ecosystem and growth.

The Harry Potter-themed land will be significant in scale and join the existing six Immersive Lands in the award-winning theme park, bringing Harry Potter to fans like never before.

RELAX AND UNWIND AT JUMEIRAH AT SAADIYAT...