Here are the nominees for the Dubai Globe Soccer Awards 2022

The shortlist of top international football players and professionals has been announced by the Dubai Sports Council and Dubai Globe Soccer Awards, and football fans across the world can now vote for their favourites in the first round of public voting to decide the winners of the 13th edition of the Dubai Globe Soccer Awards. The gala ceremony will take place on Thursday, 17 November, three days before the start of the FIFA World Cup Qatar 2022. 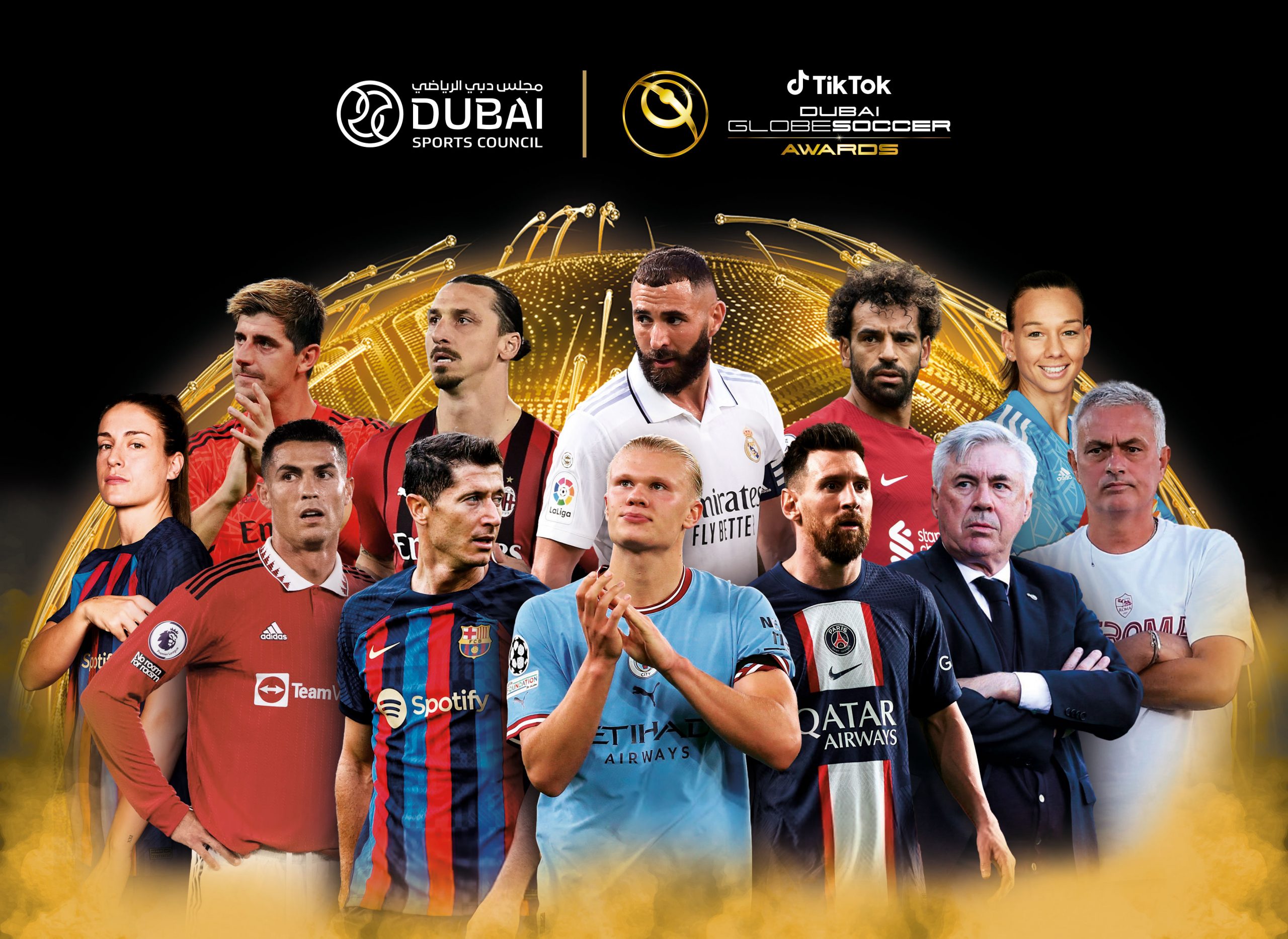 Ahead of the awards, icons of the sport and decision-makers who contribute to the success of international football will gather for the star-studded 17th edition of the Dubai International Sports Conference, hosted once again by the Dubai Sports Council.

Legendary giants such as José Mourinho, Carlo Ancelotti and Pep Guardiola are nominated alongside Stefano Pioli in the Best Coach of the Year category.

Back for another edition is the Best President of the Year category, with nominees including five of the most illustrious leaders in global football today – Pinto da Costa, Herbert Hainer, Khaldoon Al Mubarak, Florentino Pérez and Paolo Scaroni.

Power Horse Emerging Player of the Year will be closely watched, with contenders such as Rafael Leão, Gavi, Victor Osimhen and Federico Valverde in the running, while the finalists for the CNN Off The Pitch Award will be announced in the coming weeks.

As in previous editions, a number of football legends will be presented with Career Awards in recognition of their outstanding contribution to football.

Fan engagement with the Globe Soccer Awards has increased exponentially year after year, with the 2021 awards receiving votes from over 15 million football enthusiasts in over 210 countries and territories around the world.

Globe Soccer has partnered with the platform mySPORT by Emerce for the 2022 awards, where fans can vote on selected categories while taking part in live video talk shows with hosts, influencers, legends and other fans.

The first round of public voting to choose the finalists in the main categories is now open at voting.globesoccer.com and will close on 1 November 2022. The second round of voting to choose this year's award winners will be open from 3 to 10 November 2022. This year's winners will once again be chosen by the fans and an international jury of sports coaches, directors and club presidents. Full information is available here. Voting for the TikTok Fans' Player of the Year award will take place on TikTok.

Supporting the Dubai Globe Soccer Awards for the third year in a row as Title Sponsor is social media giant TikTok. In keeping with the growing success of the event, three new sponsors have been welcomed to the list: Power Horse, El Mathe and CoinW. The organisers are proud to welcome back sponsors, including Emirates, Perrelet, Socios.com, Audi Al Nabooda, Ora Developers, Abu Dhabi Media, Waldorf DIFC and Waldorf Palm Jumeirah.