When you touch down in California, it isn't uncommon to witness the A-List set strolling the streets of LA adorned in Jacquie Aiche jewellery designs - Alessandra Ambrosio, Emily Ratajkowski, Chanel Iman, Gigi Hadid, Kendall Jenner, Shanina Shaik and Rihanna are but a few of the "big names" in the brand's tribe. 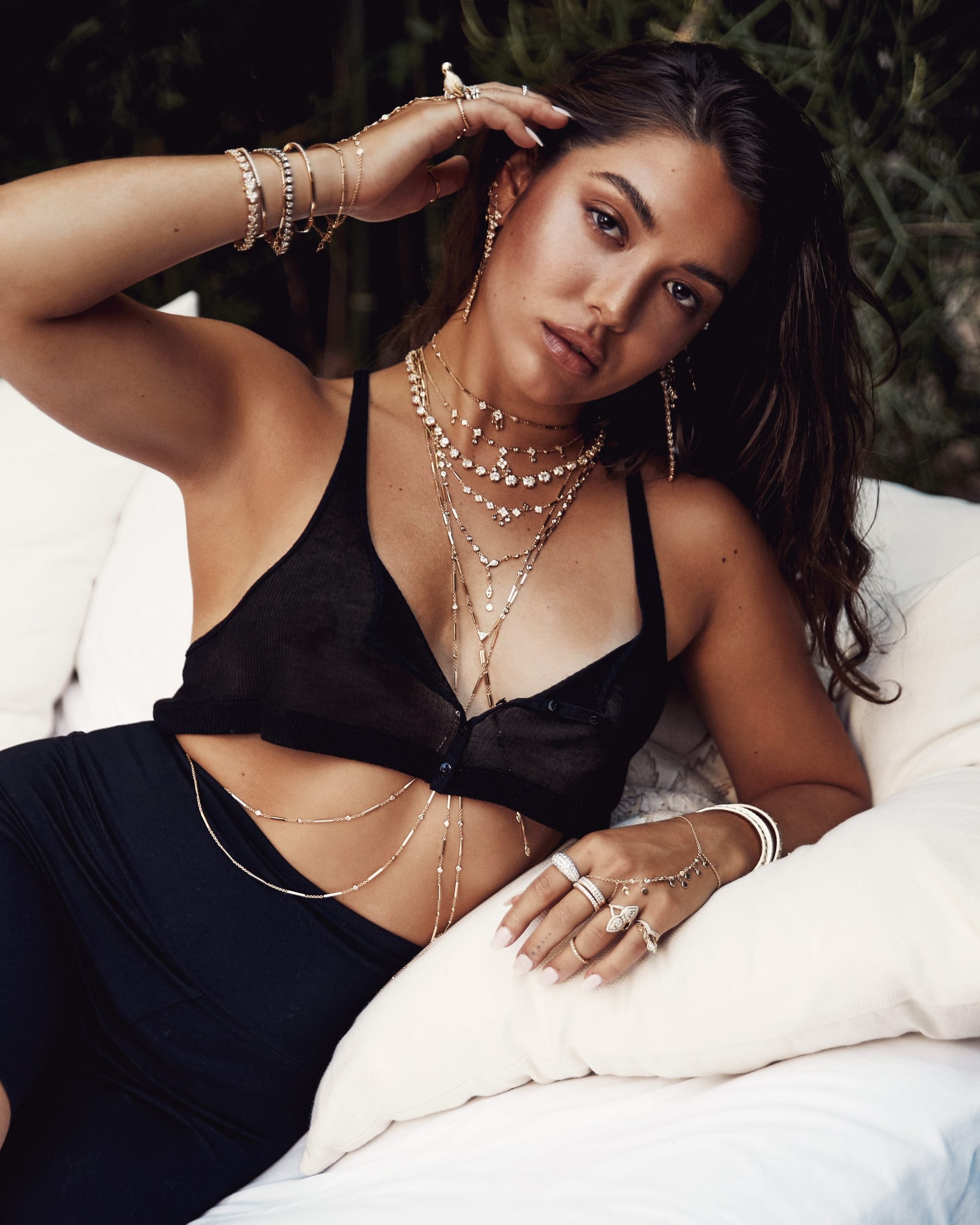 Created from 14k solid gold, genuine diamonds and gemstones, this exquisite jewellery label is inspired by Founder and Designer Jacquie Aiche, who blends her Egyptian Native American heritage into the brand's creations. Designed for the rebellious woman who lives for 'diamond details and sensual layers', each adornment is intended to bring 'beauty and positive energy' to its beholder.

Working directly with miners to hand-select each and every precious stone embellishing her original pieces, the craftsmanship of Aiche's yearly collections often depends on what 'mother nature' has uniquely delivered.

Designed and handcrafted in Aiche's Los Angeles studio, the brand continues to be shaped by its founding philosophy of "spreading positive energy, every day". Crediting the brand's distinct style to the unique tapestry of Aiche's blended cultural background, the designer says she channels her ethnic roots through the sacred aesthetic of her full range of pieces, including necklaces, earrings, bracelets, rings, body jewellery and anklets. 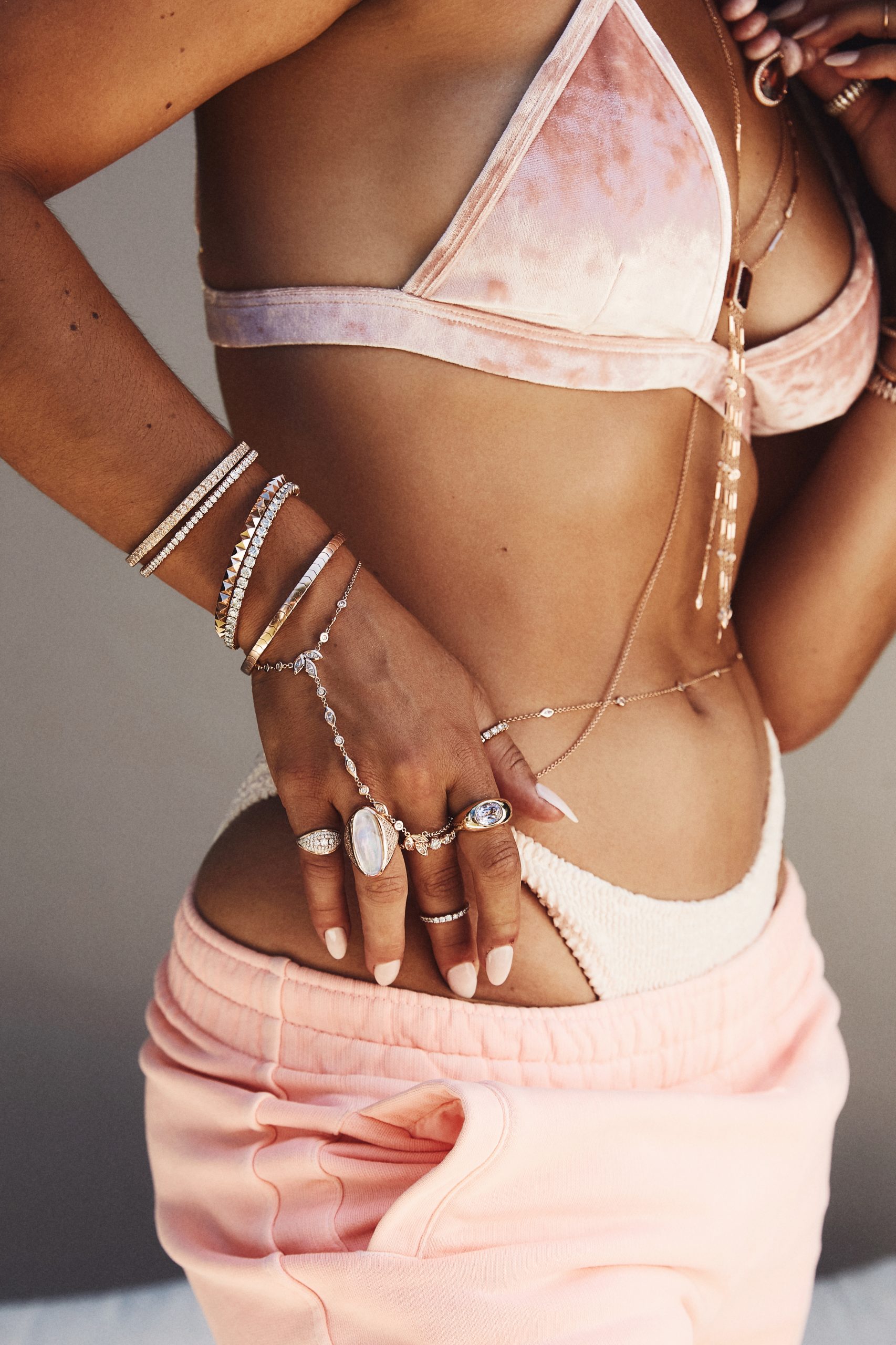 "My Native American heritage pulls me towards turquoise, fossils and precious gemstones, while my Egyptian roots influence the use of Middle Eastern nuances such as hammered gold, goddess imagery and amulet pieces."

'Created for those who adore being adorned, lovers of precious stones, believers in the energy of minerals, and women who live for their diamond details and sensual layers', the brand's growing list of Hollywood converts speaks for itself. In 2011, Aiche designed a one-off bespoke engagement ring for then-fiance of John Legend, Chrissy Teigen. Further, Rihanna was such a huge fan of Aiche's designs that she even collaborated with the brand to launch a line of jewellery inspired body art in 2015.

Aiche first launched the brand over a decade ago after a lifelong fascination with the healing power of stones, also fuelled by personal frustrations toward the limited styles of fine jewellery available on the market at that time. A far cry from her childhood days of painting and gifting stones to friends and family, Aiche has since translated creative expression through stones into an internationally acclaimed fine jewellery label adorned by the celebrities and VIPs alike. 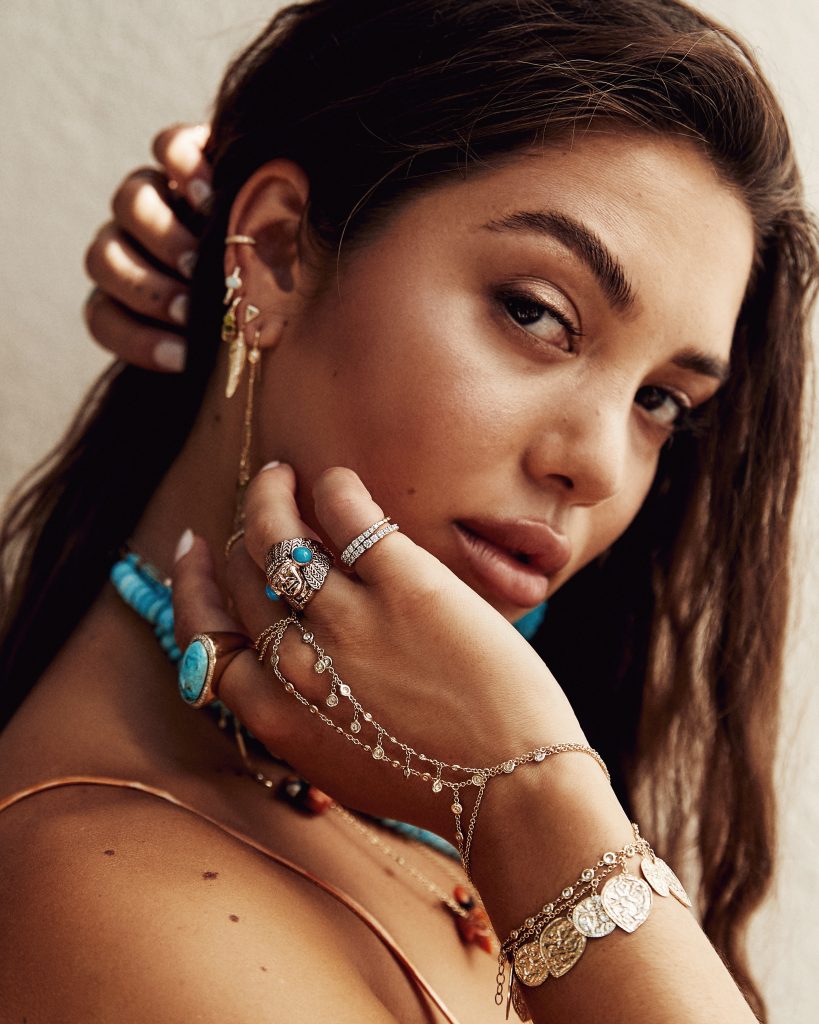 Aiche says she believes a woman's natural beauty can be illuminated with the right piece of jewellery, and that will always be her mission, "I want to create pieces that will make every woman look and feel uniquely beautiful. Traditional, classical jewellery is amazing, but it's just not me. I've always had a very wild and spiritual nature. I think that the rebellious spirit of shaking things up constantly is what differentiates me as a designer. I create pieces for those who adore being adorned."

The jewellery can be bought online at www.jacquieaiche.com and in over 40 prestigious retailers across the world.

For more information and a full list of stockists, visit  www.jacquieaiche.com.