Get ready for an amazing night of modern K-pop as the incredible girl group BLACKPINK, is set to take on the UAE on January 28th. Lighting up the stage at the Etihad Park on the picturesque Yas Island, Abu Dhabi, BLACKPINK fans can look forward to a night of musical brilliance as the 4-piece bring their impeccable vocal range to the UAE capital for the very first time. 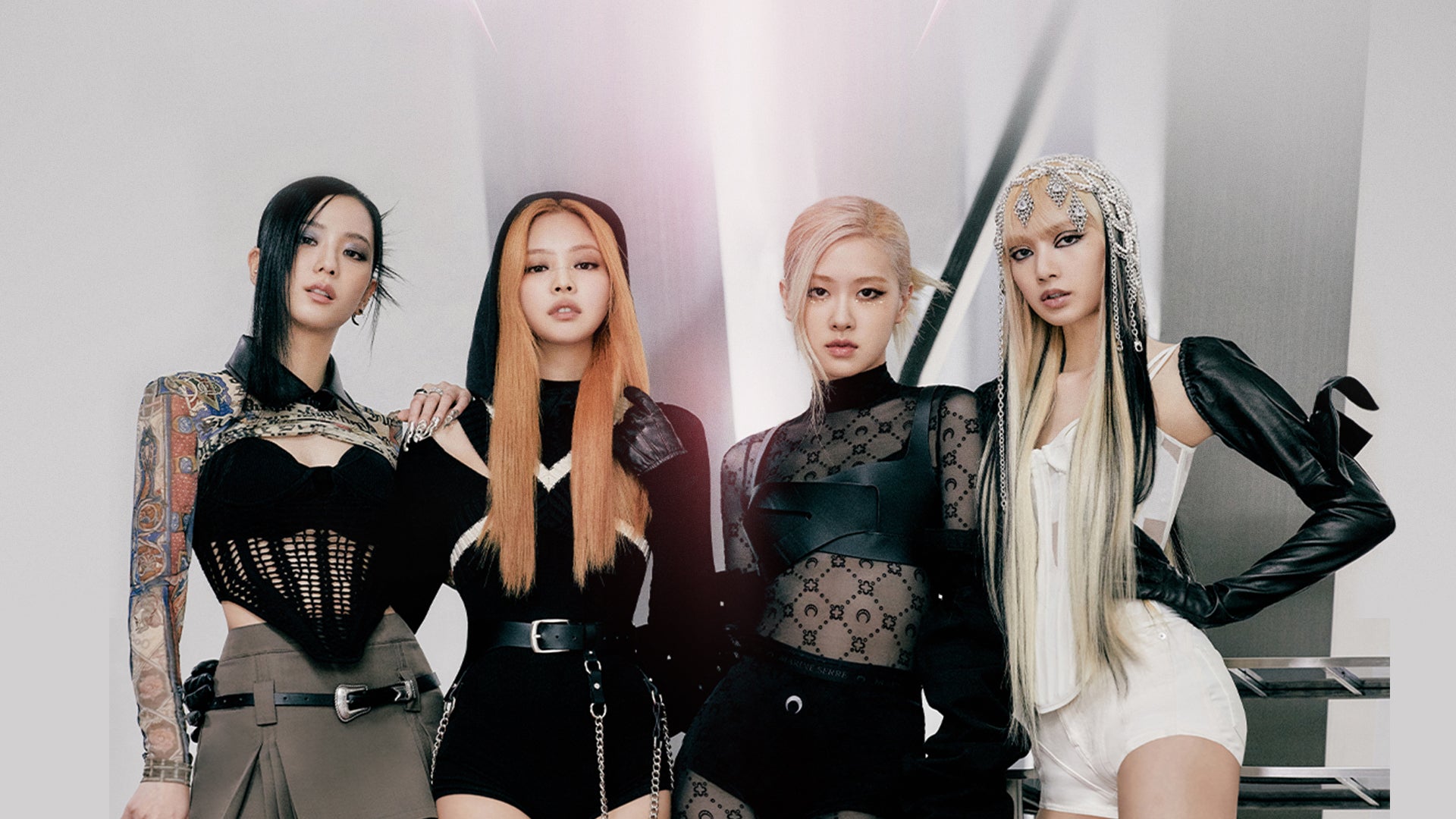 The first music group and Korean female act to have five music videos accumulated one billion views each on YouTube and the most-subscribed music act on the platform with over 80 million subscribers, BLACKPINK are a global K-pop phenomenon helping spread K-pop content worldwide. Comprised of [JISOO, JENNIE, ROSÉ, and LISA], the iconic group's music style is an eclectic mix of pop, hip-hop, and trap.

Proudly brought to you by Live Nation, fans will be treated to a superb combination of bass drops, fierce and bold rapping, and engaging lyrics that perfectly characterize BLACKPINK's edgy style. Since their formation in 2016, the iconic band have performed globally to sold-out arenas and has been dubbed as the "biggest girl group in the world", truly bringing K-pop to the attention of the world.

James Craven, President, Live Nation Middle East, recently commented, "K-pop has seen a huge rise in popularity in recent years, and BLACKPINK has been at the forefront of this movement, being one of the most famous groups globally. Live Nation is delighted to be able to bring this iconic group to the UAE for the very first time, and fans will witness an incredible live show on January 28th. Boasting a huge collection of smash hit songs, it promises to be one of the best nights of the year for the Abu Dhabi live music scene." 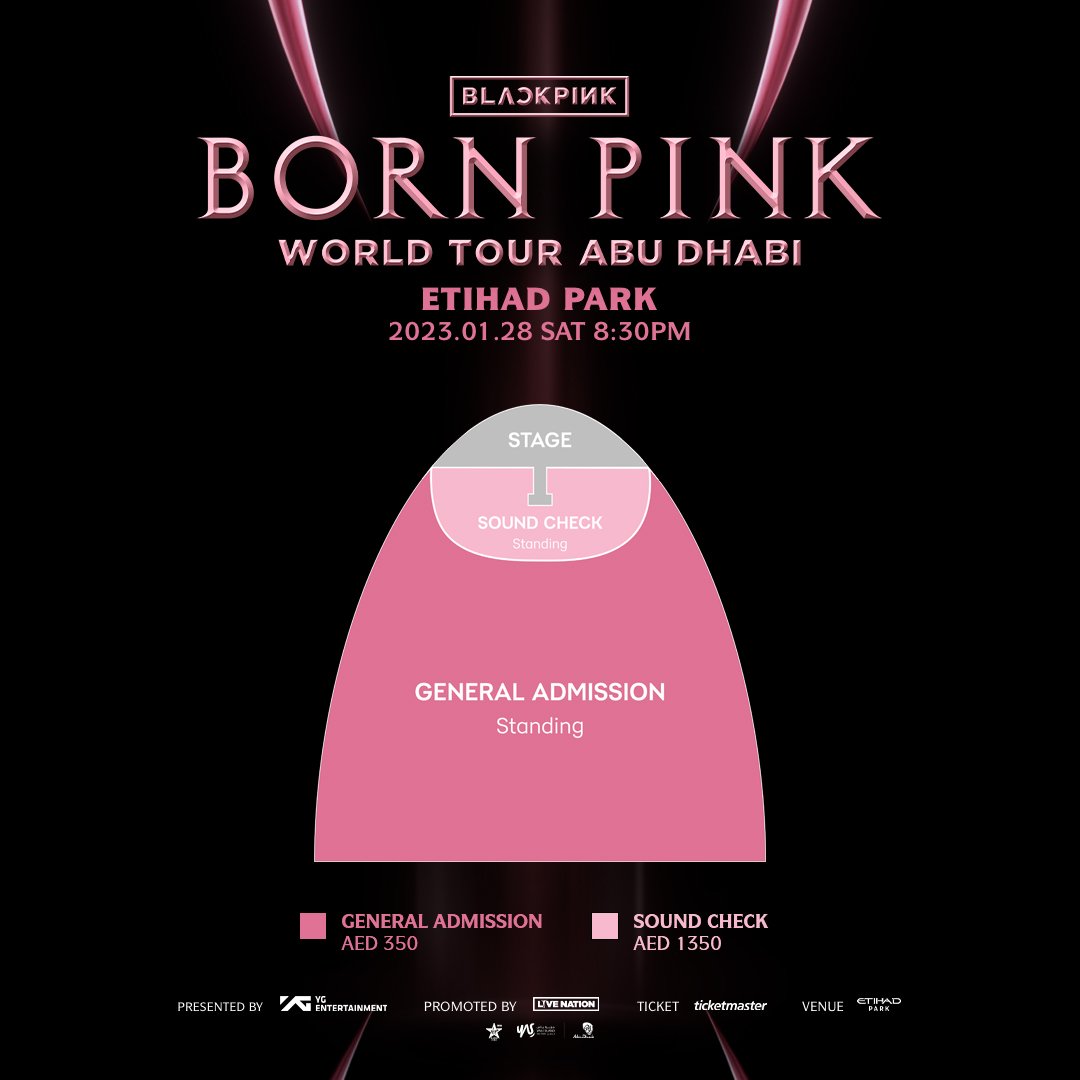 This concert will be part of the BLACKPINK WORLD TOUR [BORN PINK] ABU DHABI in celebration of their most recent album and concertgoers will experience a range of emotions as the album discusses themes of self-confidence, love, self-encouragement, dealing with fame and detractors, and more. BLACKPINK's latest release second full album [BORN PINK], debuted at No.1 on the Billboard Top 200 Album sales. The massive project, [BORN PINK], became the very first K-pop female group in history to make a double million seller. Currently, BLACKPINK's 'Shut Down' surpassed 100 million streams on Spotify. The song has also been in the Hot 100 and Global 200 Billboard charts for 3 consecutive weeks since its release, showing BLACKPINK's unmatched influence. Adding on to their phenomenal album release, the group successfully launched the world tour with their 2-show concert in KSPO DOME, Seoul.

Presented by YG Entertainment and promoted by Live Nation, BLACKPINK will kick off the largest ASIA tour in the history of female K-pop group tour next year on January 7th and 8th in a row at National Stadium in Bangkok, then more upcoming stops, including Hong Kong, Riyadh, Abu Dhabi, Kuala Lumpur, Jakarta, Kaohsiung, Manila, and Singapore.

For tickets to see BLACKPINK are now on sale at the Live Nation website.