Home The Bulletin MANCHESTER CITY UNVEIL STATUE OF SERGIO AGUERO ON THE ANNIVERSARY OF 93:20
The Bulletin

MANCHESTER CITY UNVEIL STATUE OF SERGIO AGUERO ON THE ANNIVERSARY OF 93:20

Manchester City Football Club is delighted to unveil a permanent statue of Club legend Sergio Aguero at Etihad Stadium on the tenth anniversary of the Club's first Premier League title and the iconic '93:20' moment.

Emerging from darkness into first light at daybreak this morning and revealed to fans around the world with a specially commissioned video to mark the occasion, the statue of Sergio Aguero completes a trinity alongside Vincent Kompany and David Silva, commemorating a defining era for the Club. 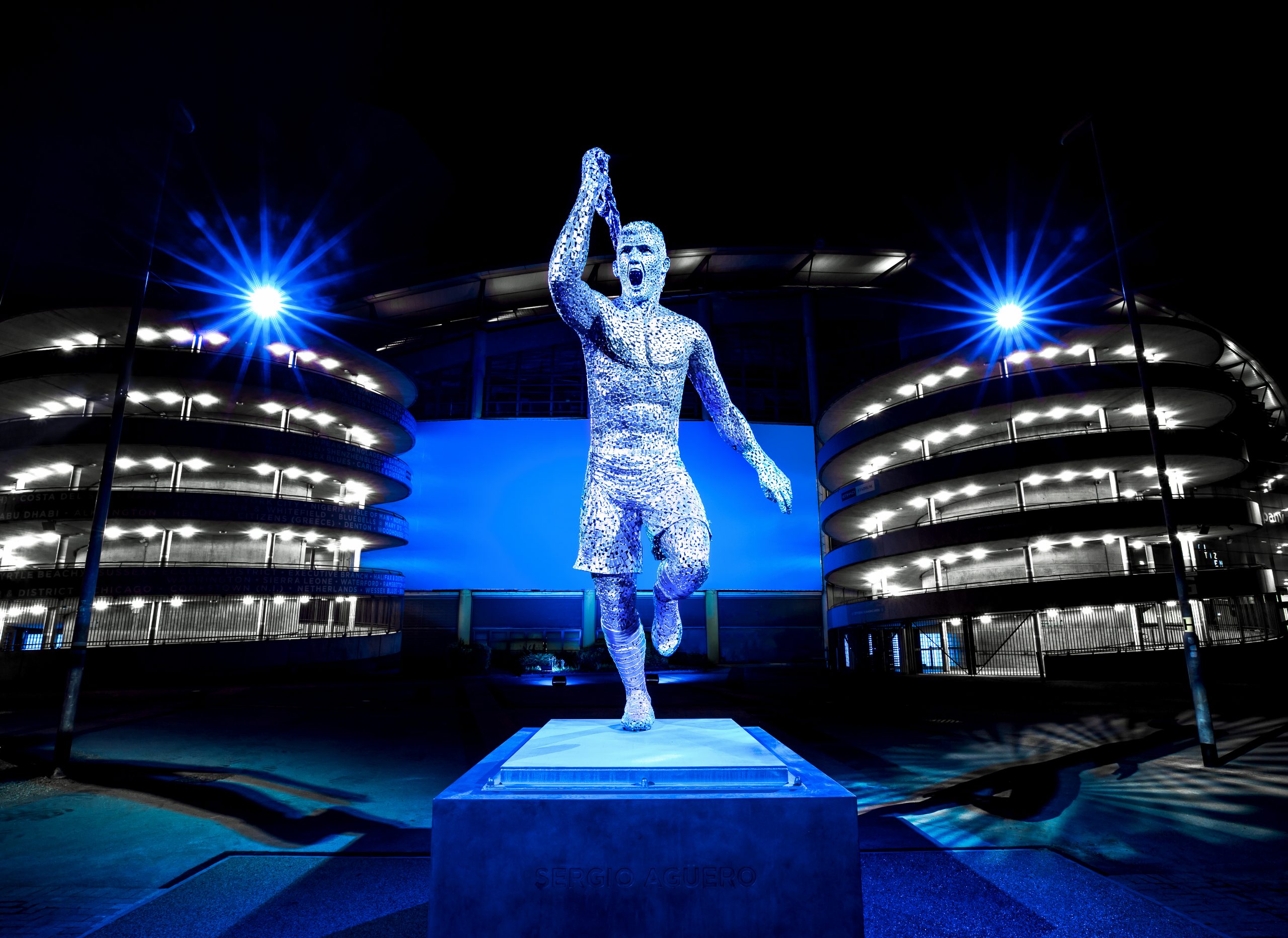 Situated on the east side of the Etihad Stadium, the large-scale statue of Aguero was created by award-winning sculptor Andy Scott and has been constructed using thousands of welded pieces of galvanised steel. At night, Aguero's statue and those of Kompany and Silva, will be specially illuminated with blue-tinted lighting.

Scott, who is one of the most respected sculptors of his generation and is known for his large-scale figurative pieces, created the statue of Aguero entirely from his studio in Philadelphia before it was transported to Manchester earlier this month by Etihad Cargo. 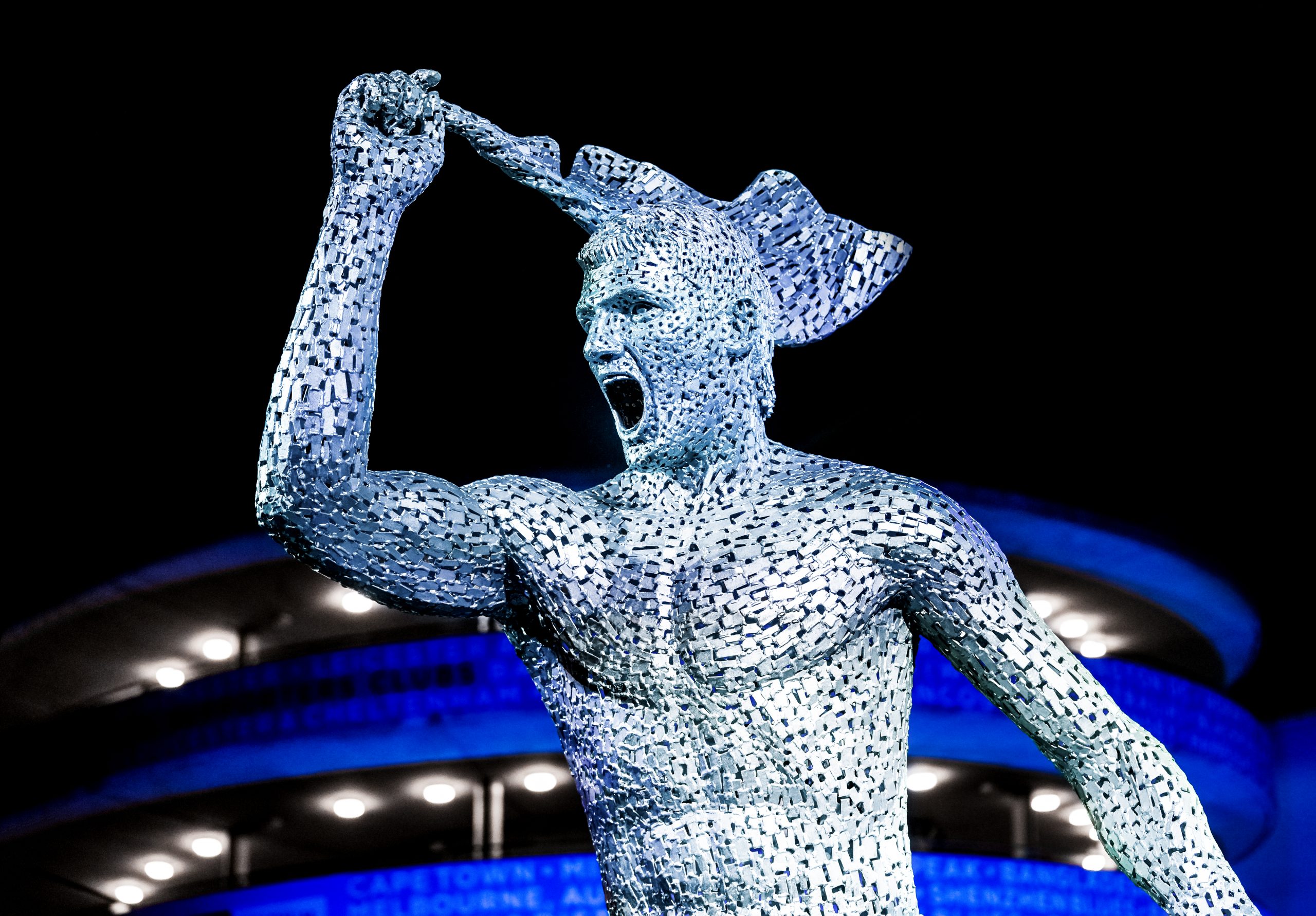 Now installed at the Etihad Stadium, the permanent statue of Aguero celebrates his outstanding contribution to the Club's success, and in particular, his pivotal role in what was arguably one of the greatest moments in sporting history for which he will be eternally remembered by Manchester City fans around the world.

Aguero, who was recently inducted into the Premier League Hall of Fame, won fifteen major trophies during his time at the Club, including five Premier League titles, one FA Cup and a record six League Cups.

Commenting on the statue of Sergio Aguero following its installation at the Etihad Stadium, Manchester City's Chairman, Khaldoon Al Mubarak, said, "Sergio Aguero's contribution to Manchester City in a defining era for the Club cannot be overstated. He is, without a doubt, one of the greatest players that has ever played the game.

When our fans think of Sergio, they are immediately drawn to the iconic moment of 93:20 and the goal that secured the Club's first league title in 44 years, but as his record of 260 goals for the Club demonstrates, his legacy and impact at Manchester City go far beyond that.

It is only fitting that Sergio has been recognised with a statue of his own, in celebration and honour of his accomplishments in one of the most important chapters of Manchester City's rich and long history." 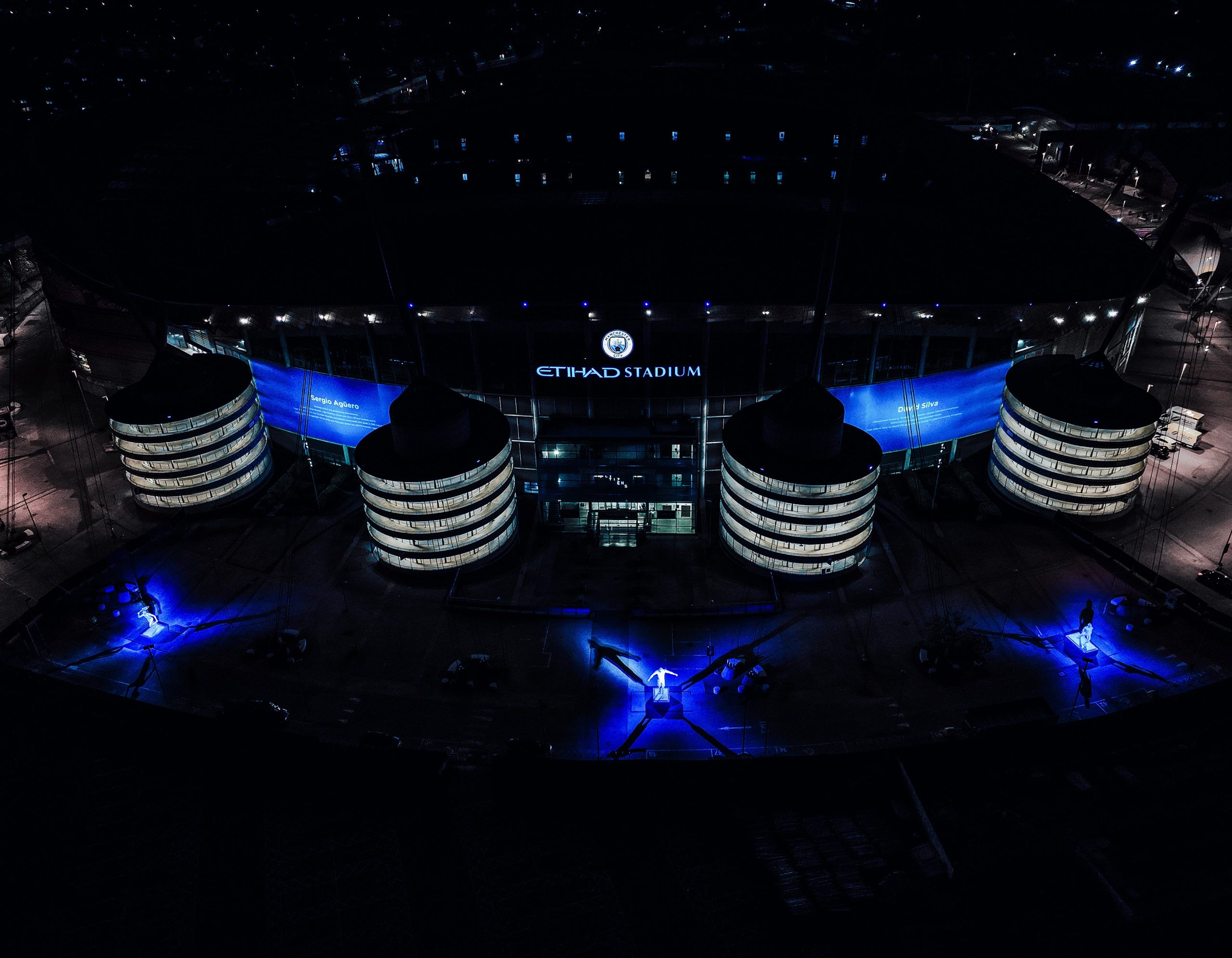 Reflecting on his statue, Sergio Aguero said, "Truthfully, it is a very beautiful thing for me, to see myself 10 years ago is very moving. In those 10 years, I was able to win a lot of trophies and was able to help the Club become one of the most important in the world.

I am very grateful to the Club for making this statue in recognition of my football career in Manchester. It is something very special."

"It has been an honour to work on a project that means so much to Manchester City fans around the world in celebration of such an important player in the life of this football club.

I was under no illusions about how important this was to the Club, to the fans, to Sergio himself, and I hope that this statue brings joy and happiness to all who see it." added Sculptor, Andy Scott.

Behind the Brand with Rhiannon Downie – Founder of Bride Club ME

Time Out Market Dubai is Open at...