Home At the Movies Movie Review: Bullet Train Choo-Choos off the Oscars List
At the Movies

Murder on the Orient Express, mixed with John Wick's action and a comic with slightly funnier jokes than my dad's, is Bullet Train. The film begins its journey of 2 hours and 15 minutes with slow-paced character introductions. It picks up the pace from there, and in parts, I wish we controlled the brakes.

The film revolves around five assassins on a bullet train from Tokyo to Kyoto. Apart from Brad Pitt, Brian Tyree Henry and Aaron Taylor-Johnson playing the hit men Ladybug, Lemon and Tangerine, Joey King playing Prince posing as a school girl, and Andrew Koji playing Yuichi Kimura, who is a Japanese assassin are a couple of other main characters. There are a total of ten characters with a handful of cameos. This is one of the concerns a viewer might have as it becomes hard to track the characters and their stories. However, all character stories are justified later in the film. 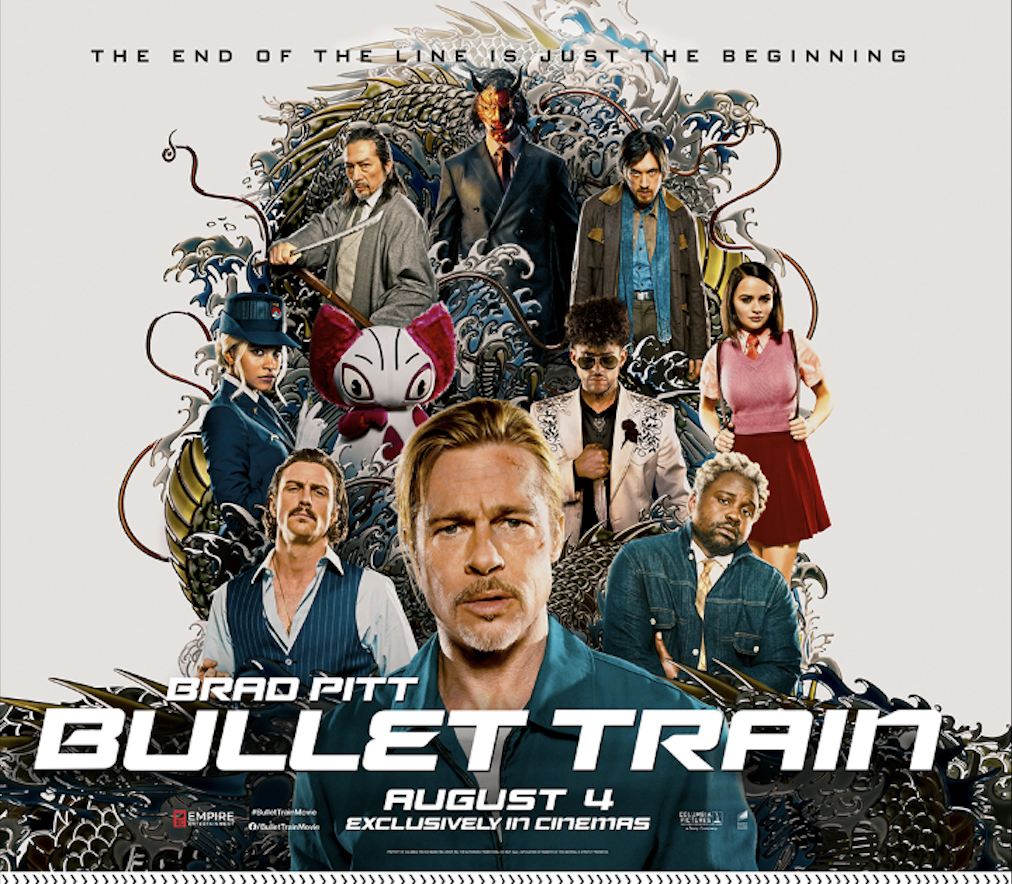 The cinematography was the first thing I instantly fell in love with in the over-the-top action comedy. The shots were well composed, and the sync of shots with the music score and action choreography elevated the movie. Although Brad Pitt was charming, the film could not be saved from its inauthentic feel. The establishment of the train and the reason for it to be based in Japan are holding on to a thin rope of making the audience believe the computer-generated version of the place setting.

The character work was surprisingly well done. The actors and their backstories fit well with the coincidence assassin film's storyline. But, the slick style has the upper hand over the substance. Despite the character work being good, the film explores them only at the surface level. Pitt and Brian are the only actors with good comic timing, especially Brad Pitt and his antics on screen.

Lastly, the film has action, comedy and entertainment but is hit and miss and will be subjective to the viewer. The director, David Leitch, intentionally or unintentionally tries to use or give a feeling similar to trademarks of the directors. Kudos to Leitch, Jonathan Sela and the action crew for pulling off the slick style.

Out and About Magazine believes the film is a decent watch over the weekend.

We rate Bullet Train at 3/5 stars.

Bullet Train is out at Reel Cinemas from August 4th.

A post shared by Reel Cinemas By Emaar (@reelcinemas)