Home The Bulletin Parfums de Marly, rekindling the spirit of fragrances from 18th century
The Bulletin 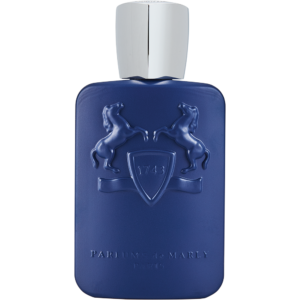 Parfums de Marly, rekindling the spirit of fragrances from the splendour of the 18th century

Parfums de Marly was inspired by King Louis XV, who had two consuming passions: thoroughbreds (racehorses) and perfumes. Originally known as the ‘haras de France’ (stud farms of France) for housing the best stallions in Europe, the sovereign also named the city of Grasse, the perfume capital of the world, thus bestowing noble titles onto the craftsmanship and trade of perfume making.

Reconciling his two passions, King Louis XV, in 1739, commissioned French sculptor Guillaume Coustou to create the famous ‘Chevaux de Marly’ (the Marly horses), ornate equestrian statues decorating the grand fountain, perfumed just like all the other fountains of the French court at the King’s specific request, after which, all other European monarchies referred to it as ‘La Cour Parfumée’ (the perfumed court).

Parfums de Marly revives the splendour of the golden age of perfumes; an age of immense splendour, before the emergence of marketing, globalization and mass production.

Born in 1973 in Saint Germain-en-Laye, Julien Sprecher fell into the world of perfumes at a very young age, where his father, at the time, represented the house of Guerlain in the Middle East.

Sprecher developed his exquisite olfactory culture while working in his family’s distribution company across Asia and the Middle East before setting off and launching his own lavish label, Parfums de Marly.

The vision of this connoisseur, impassioned with refined aesthetics, horses and France ́s great history, was to infuse dreams into the perfumery world, by offering signature scents with strong commitment through dense, percussive, straight forward and legible formulas. They resonate like a quote, where his favourite ingredients can be found: vanilla, orange blossom, heliotrope and guaiac wood.

"Scents make us travel. I have always admired the 18th century when horses and perfumes were the pride and glory of France," says Julien Sprecher.

This brand of premium perfumes is a testimony to French quality praised around the world. With its variety of exceptional fragrances and rare olfactory moments, it touches the heart of authentic luxury enthusiasts as well as lovers of beautiful scents and noble raw materials.

Check-in at home with Etihad Airways

WHO: China’s Sinopharm vaccine approved for emergency use

DUBAI CALENDAR: AN EXCITING ARRAY OF EVENTS AND...

Higher Education Scholarships for Frontline Heroes and their...

UAE: Updates on the suspension of flights...