Qatar pitch invader to be removed without legal action

Mario Ferri, a FIFA World Cup pitch invader, has been released without charge in Qatar but will be removed from the country.

Ferri stormed onto the field during Portugal's group-stage win over Uruguay on Monday (28 November), wearing a Superman T-shirt that read "Save Ukraine" on the front and "Respect for Iranian Women" on the back.

The 35-year-old was quickly chased and detained by security officials.

On Tuesday, Mr Ferri, who describes himself as a footballer and influencer, told his Instagram followers the Qatari authorities had released him. 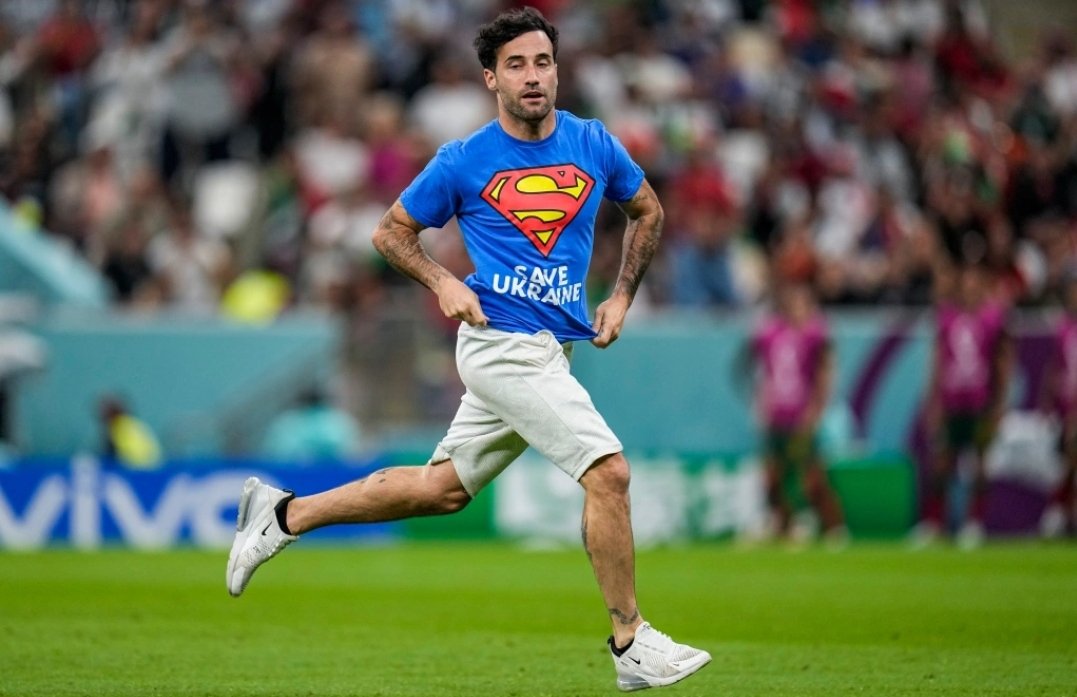 "So many emotions right now. No legal consequence; I am free," he wrote on his Instagram stories.

In a separate post, he described himself as a "Robin Hood 2.0" and detailed the reasons behind his pitch invasion.

In a statement, the Qatar World Cup Supreme Committee confirmed Mr Ferri was "released shortly after being removed from the pitch" and "his embassy informed".

They added: "His Hayya Card has been cancelled, and he has been banned from attending future matches at this tournament."

Hayya cards have to be obtained before gaining entry into Qatar matches.

FIFA has not commented on the pitch invasion.