Rwanda: One of the world’s best upcoming travel destinations 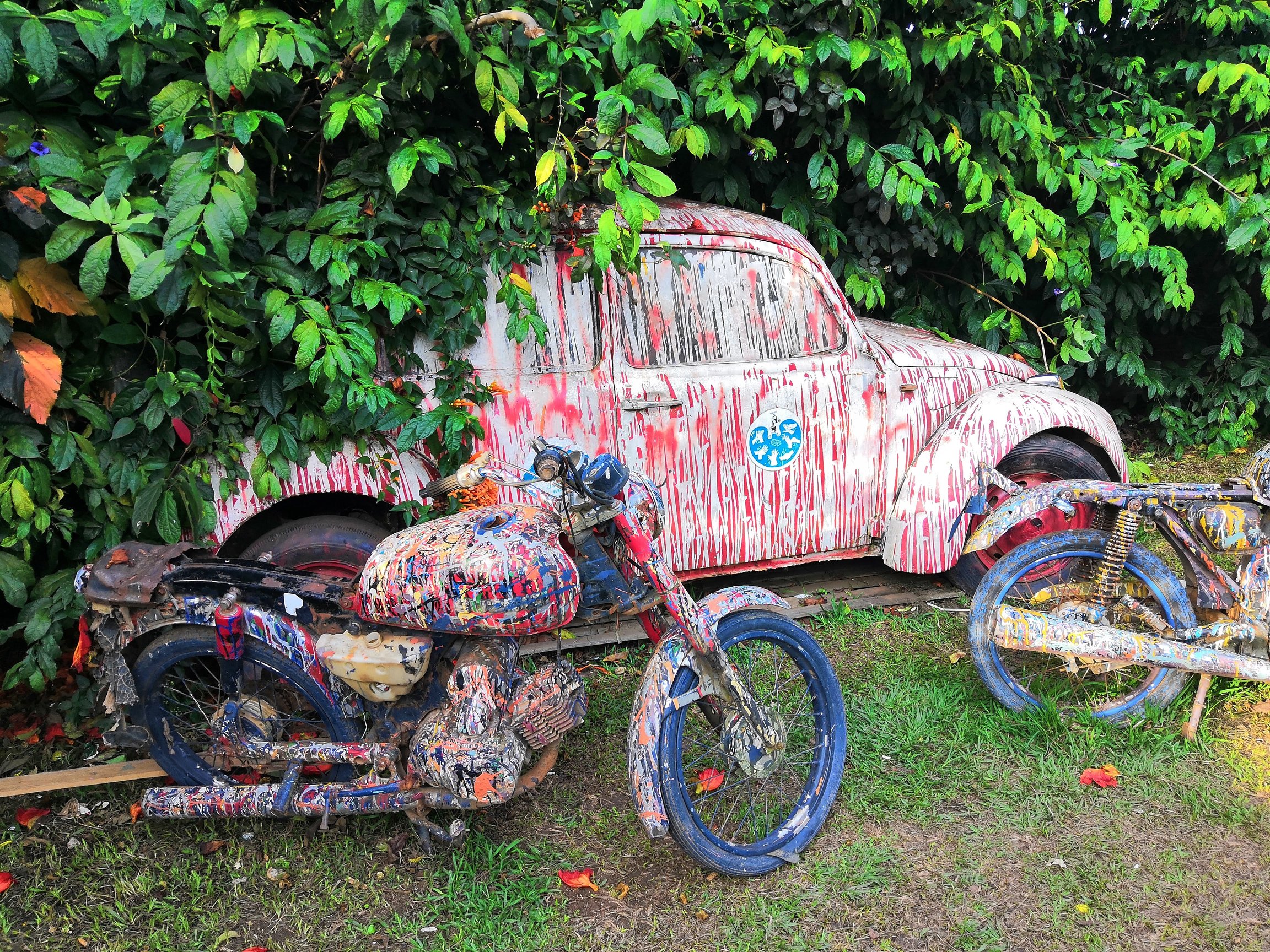 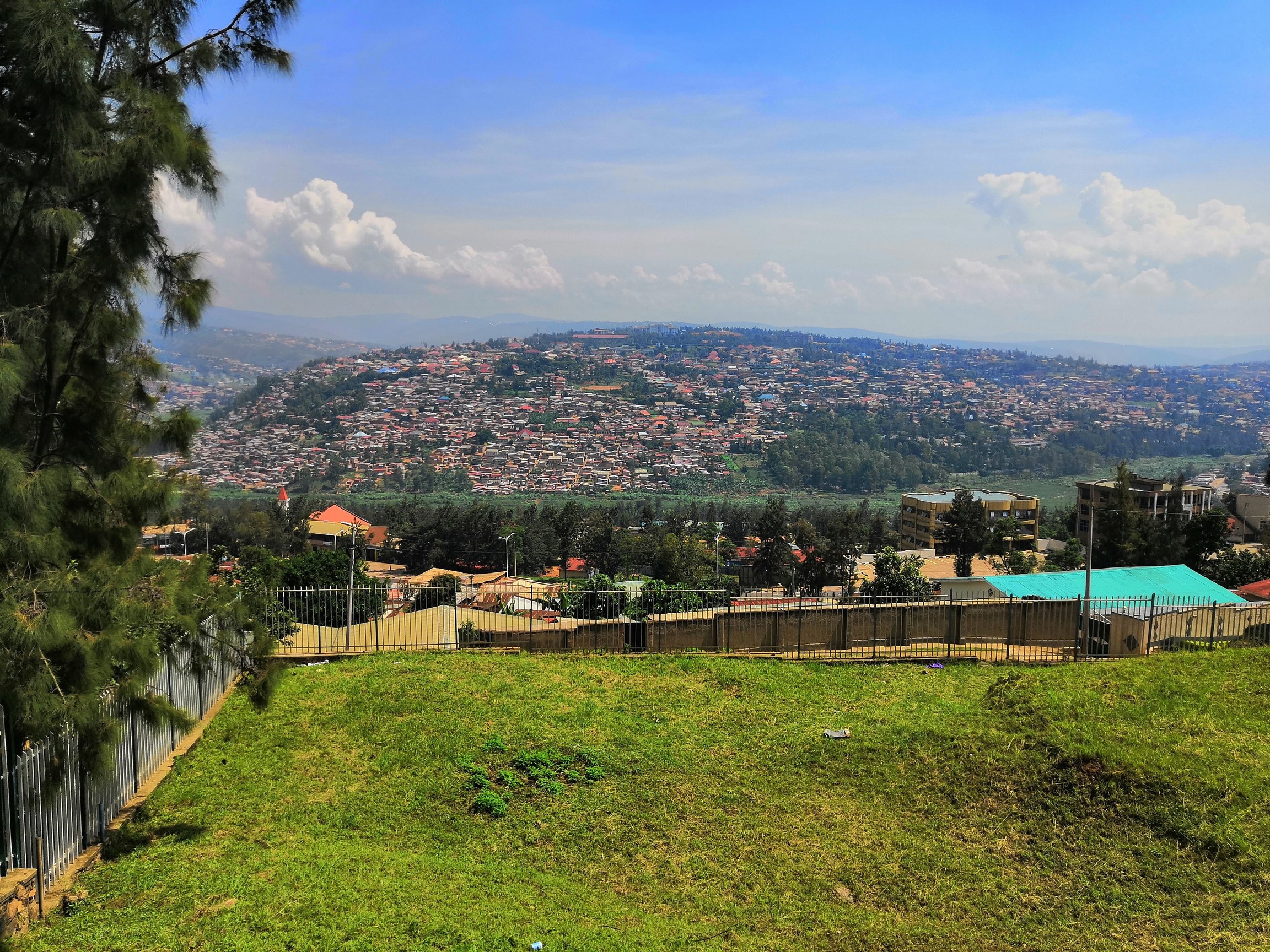 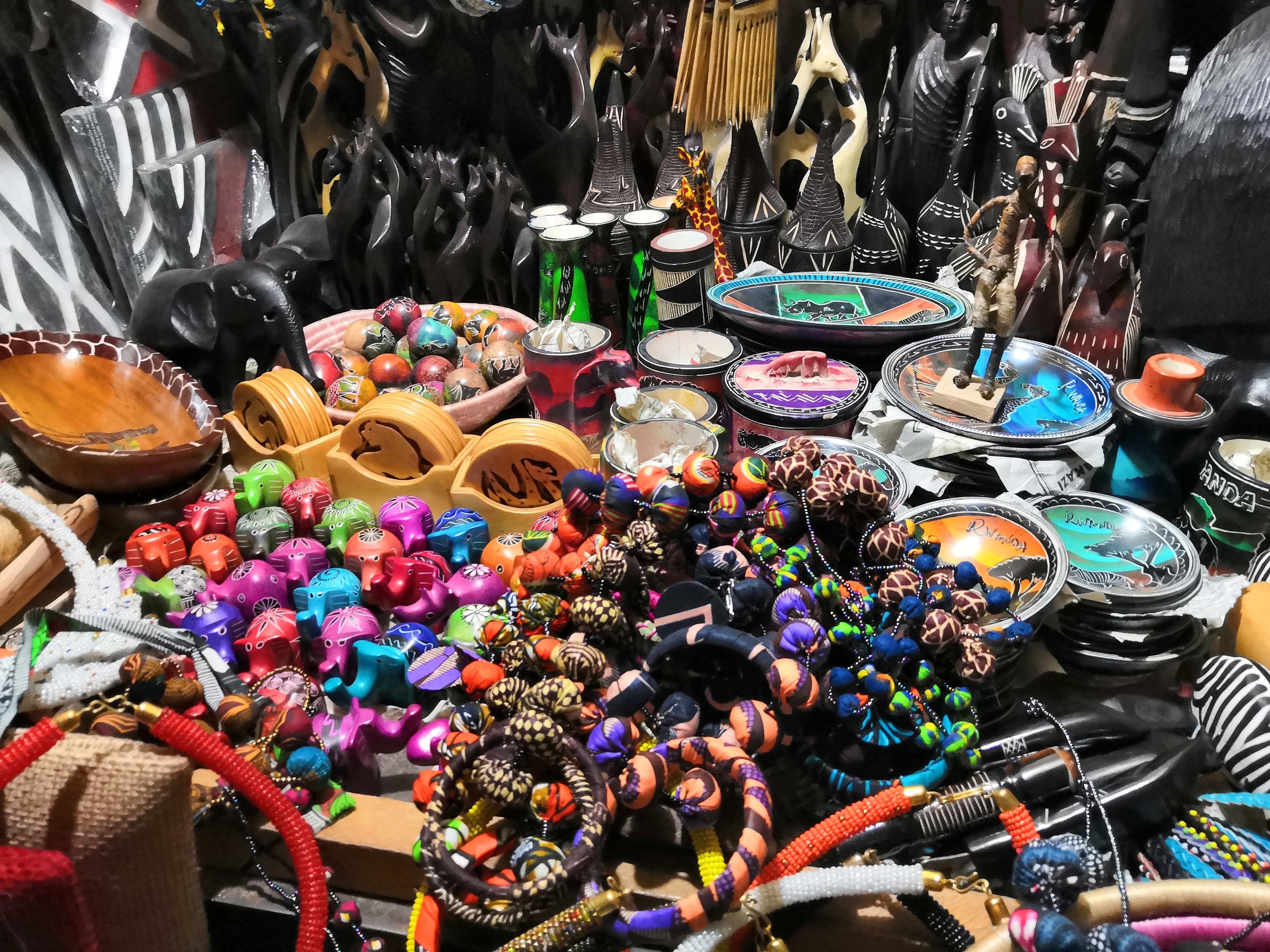 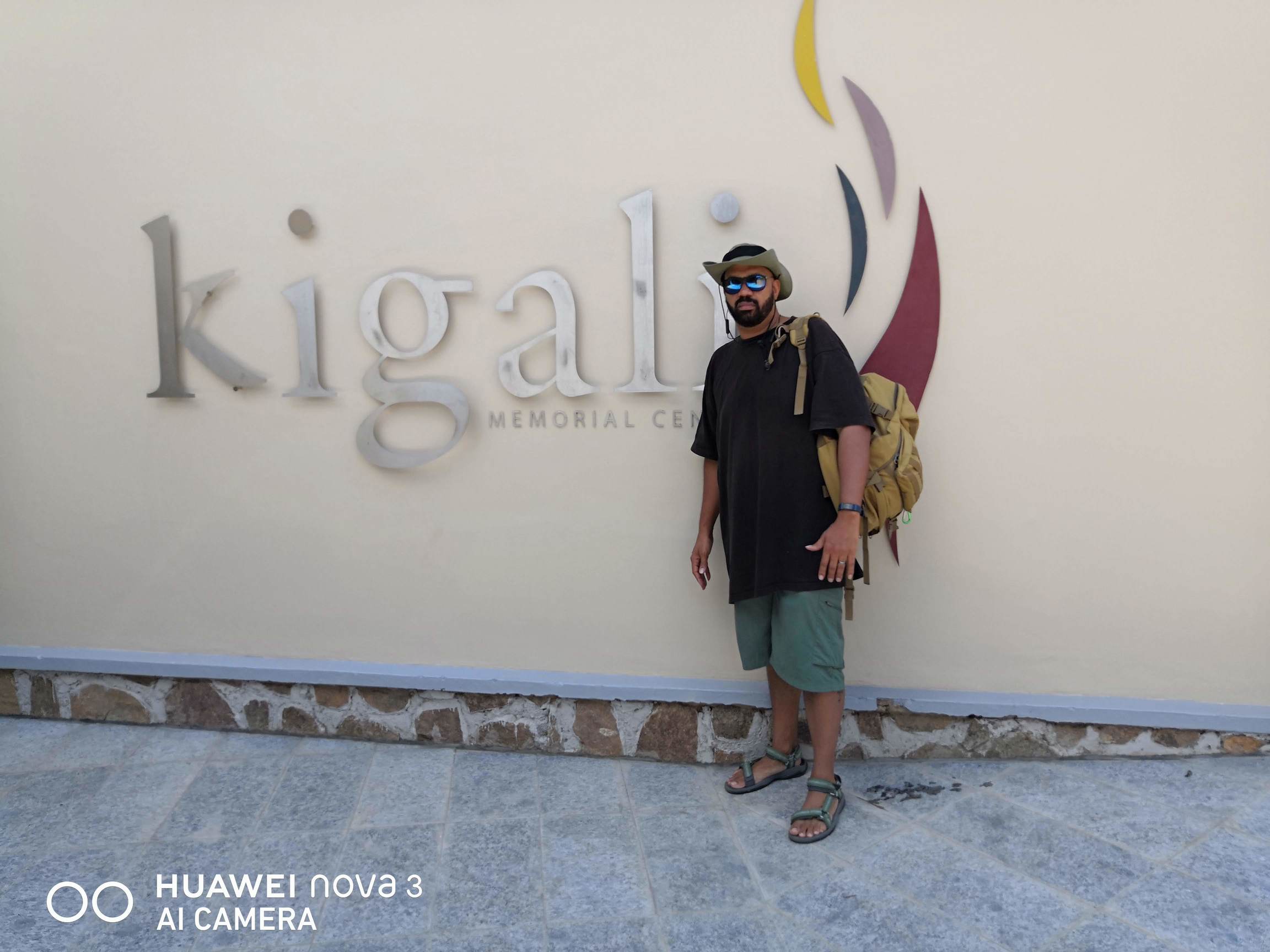 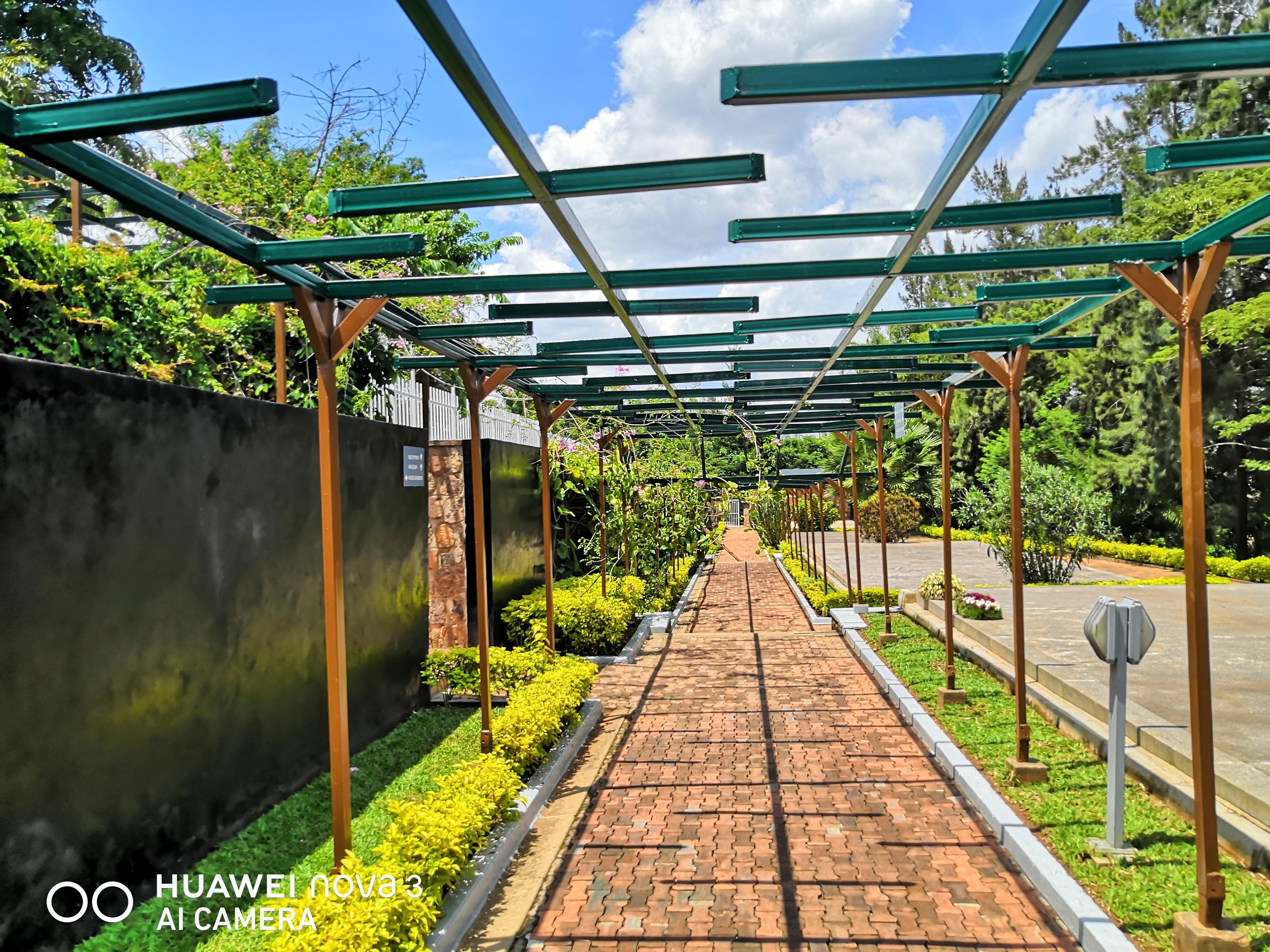 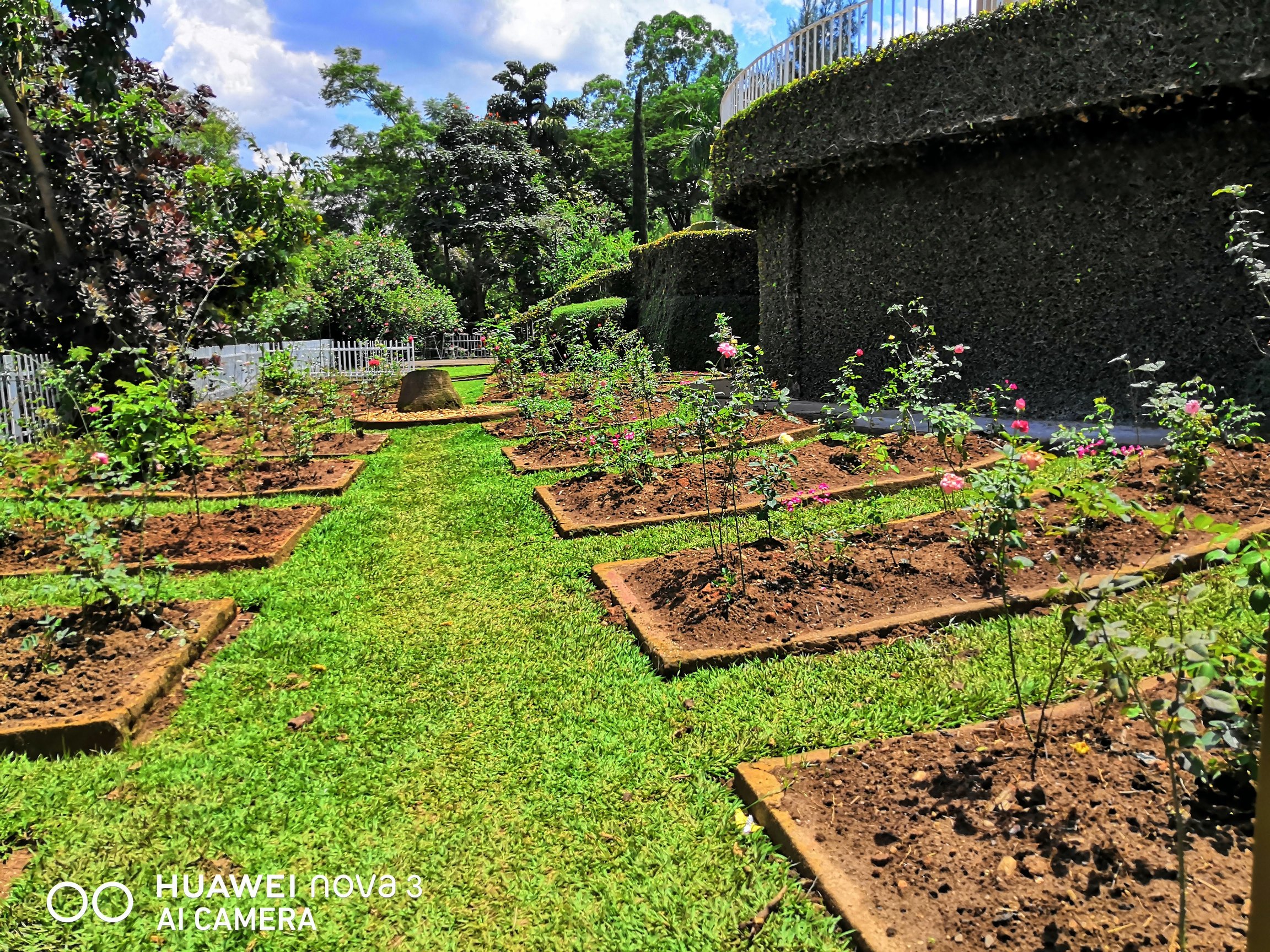 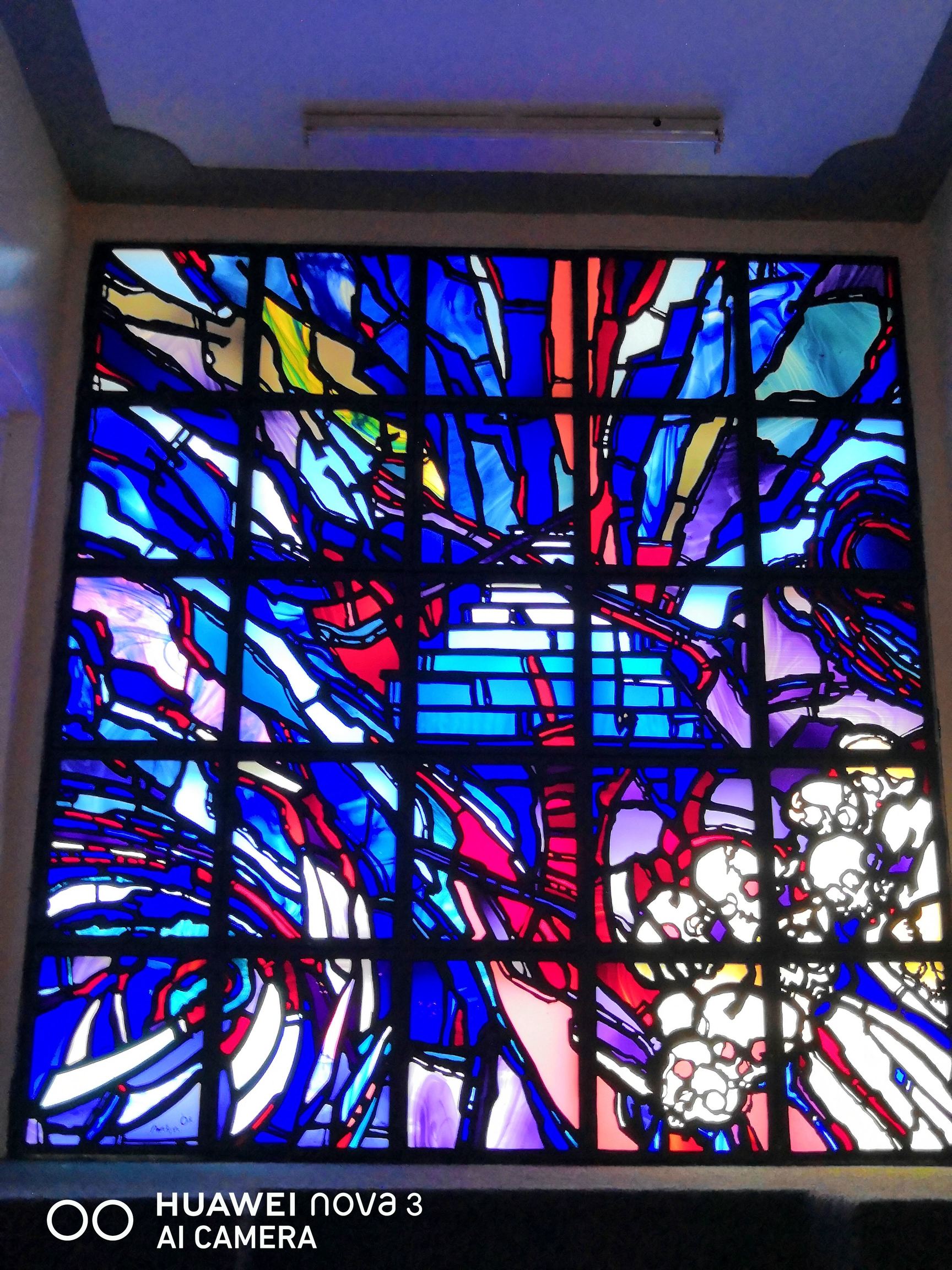 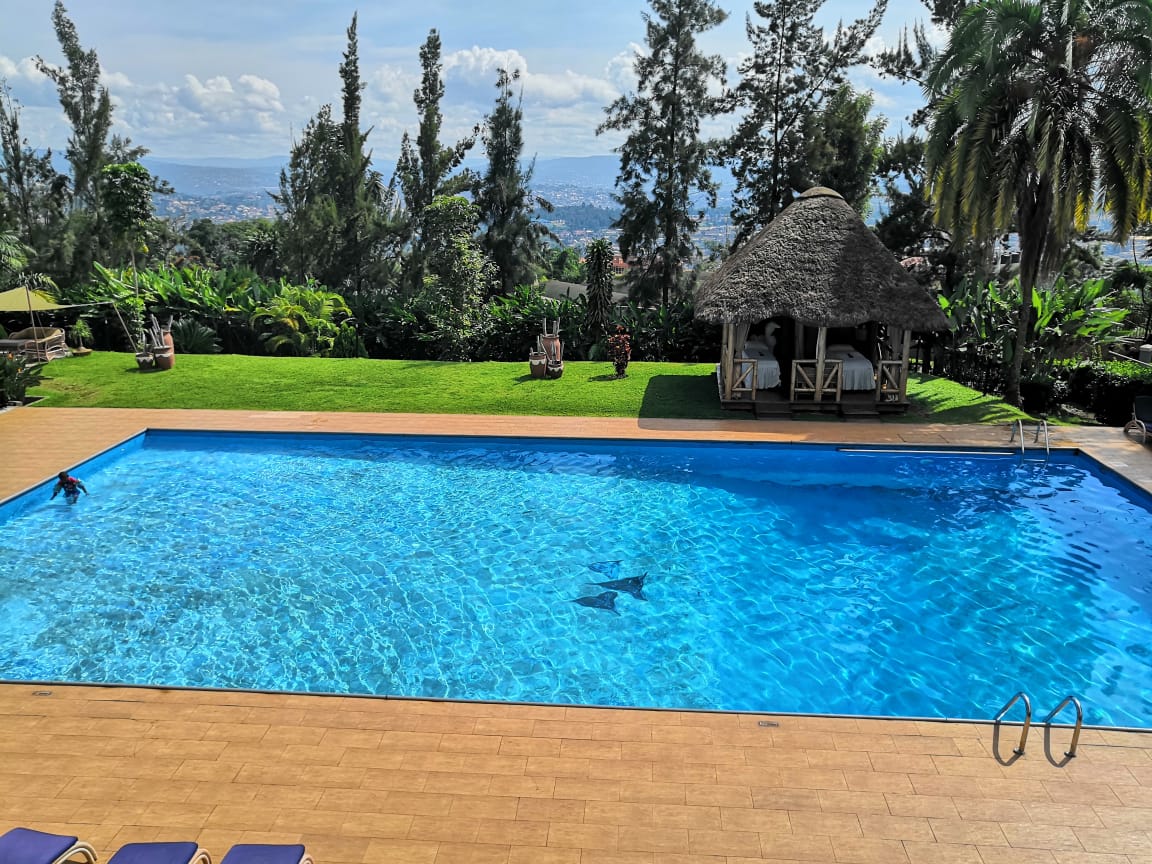 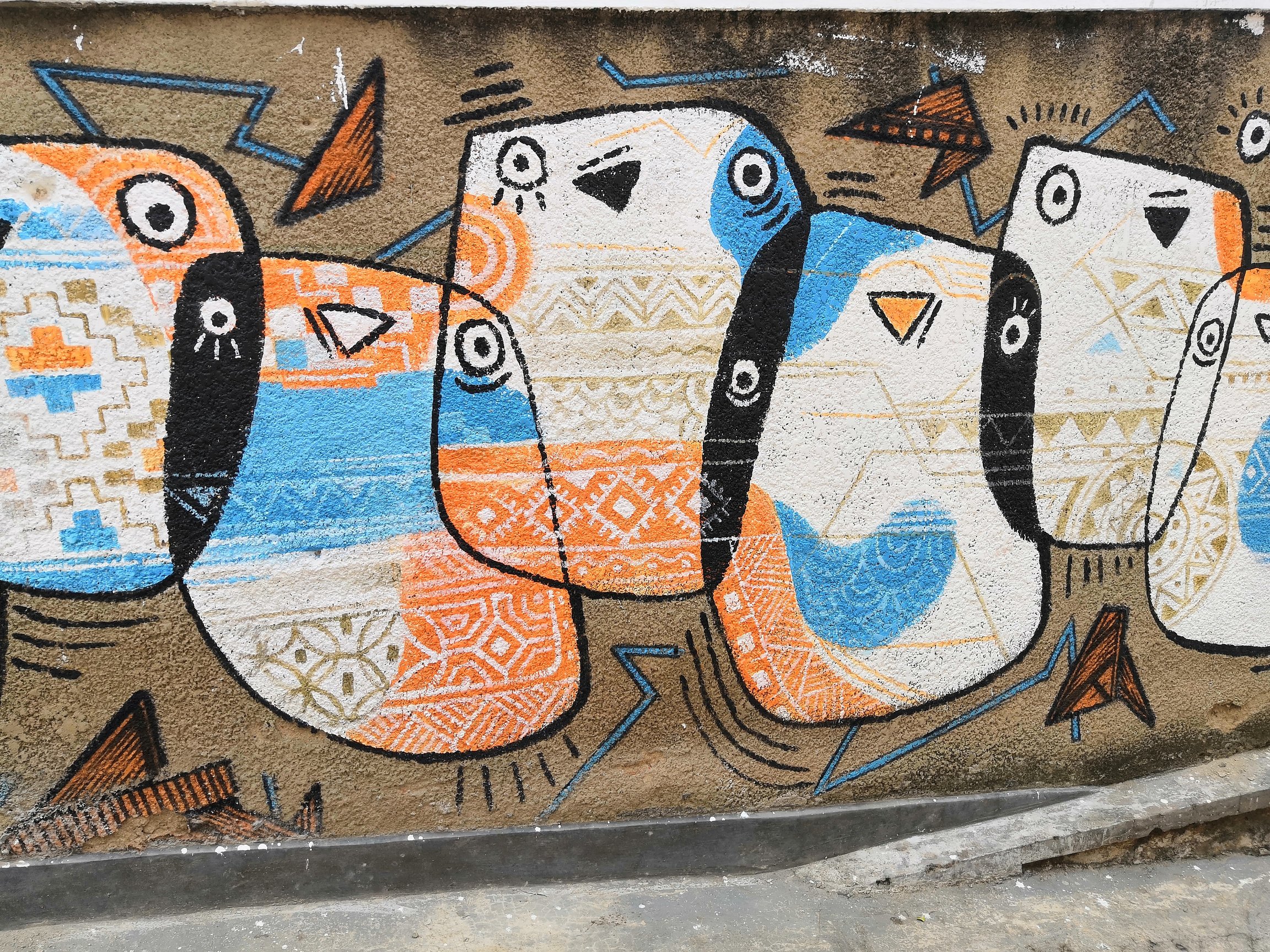 Rwanda (“Ron-dah” as said by the native citizens), the East African country that had become infamous over the last few decades for being ground zero for ethnic genocide in the 1990s, in recent years has seen an increase in the number of tourists. This has led it to climb up the tourism ladder into becoming one of the world’s most travelled-to countries!

A tragic history which turned the country around 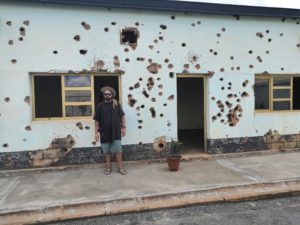 In 1994, the Hutu ethnic majority waged a relentless 100-day war against the Tutsi and other minority groups. In that war, more than 800,000 people died.

In the aftermath of one of the most tragic events in modern world history during that decade, the Rwandan government led by President Paul Kagame did a very good job changing the mindset of Rwandan citizens. Rwandans who once identified themselves as a member of an ethnic group no longer do so. Now, they proudly say they are just ‘Rwandan.’

So why visit this small land-locked East African country? 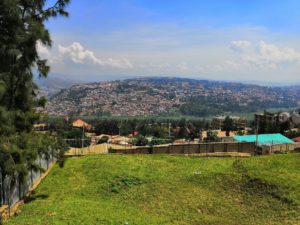 Rwanda has a population of 12 million. It is 10,169 square miles (the fourth-smallest country) and is neighboured by Uganda in the north, Burundi in the south, Tanzania in the east and Democratic Republic of Congo in the west. Lush forests and mountains cover most of the country. The country is home to five major lakes, villages and towns, and Kigali, the nation’s capital, is cleaner than most international cities of comparable size.

The key reason most people travel to Rwanda is to see the glorious mountain gorillas in their natural habitat. The beautiful Volcano Forest located in the north-western region of the country, sitting on the border of the Democratic Republic of Congo and the Mgahinga Gorilla National Park. Uganda borders the Volcano Forrest to the north. The three colossal conjoined areas have become home to one of the largest populations of gorillas. They freely roam the mountains and shift between Rwanda, the Democratic Republic of Congo and Uganda. Once you are there, the guide will work with a variety of spotters to almost always ensure you are able to spot and spend time observing the gorillas in their natural habitat.

Access to view the gorillas is carefully controlled by the Rwandan government. Only 70 passes, each at $1500 USD, are made available daily. People wanting to visit them will need to hire a driver and a guide to transport them approximately three hours from the capital (https://www.volcanoesnationalparkrwanda.com/trip- planner/gorilla-permits.html).

Rwanda’s catastrophic past also attracts tourists who want to learn how such an event could have happened. There are umpteen memorials within a few hours of the capital, some more recognised than others. The Ntarama genocide memorial, a former church and resting place for around 5000 victims, is an hour’s drive from Kigali. The Nyamata genocide memorial centre, another former church just 30 km south of Kigali, is easy access from the airport. The centre memorialises the 25,000 Rwanda genocide victims buried there. Be prepared to see the clothes and skeletons of some of the victims in the former church.

All the sites and locations seen in the chilling movie Hotel Rwanda are located within the capital’s city limits. The hotel seen in the movie is in South Africa. However, the actual hotel where citizens hid during the genocide blitz is in Kigali. The staff at the hotel is very nice and allows people who are not staying there to walk around the grounds and take pictures.

Once I walked through the doors, I had a chilling flashback to the movie. A staff member pointed me to the balcony, and as I exited the building, I could see the famous pool that was used for drinking water. When exiting the hotel, you can see a small memorial dedicated to the people who took refuge, those who helped protect them and those who perished. Not far from the hotel, there is a monument to the UN soldiers who were killed. The building where they were killed is still standing, and one can see the numerous bullet holes from the large calibre guns and shallow indentations made by the grenades that were tossed at them. The Genocide Memorial Centre (kgm.rw) is the final resting place for more than 250,000 victims of the genocide against the Tutsi. The colossal onsite graves hold thousands of remains that have never been identified. While there, set time aside to watch the short movie on the history of genocide in Rwanda in the museum before visiting the other very informative and tear-jerking displays on the children who were brutally murdered. 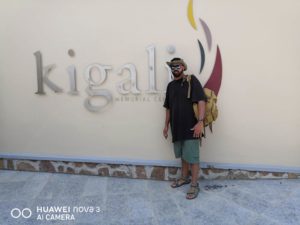 Kigali, a very modern and clean city, has a thriving fashion scene and restaurants. Fashion boutiques for men and women are spread throughout the city. Those wanting custom-made clothes can visit the Kimironko Market. At that market, you can find colourful African fabrics that can be taken home or taken to one of the many skilled seamstresses. The tailors at the front of the market can make anything reasonably priced. Be careful; the low prices may charm fashionistas to order more pieces than expected!

Towards the back of the market, you can buy African artwork and other unique finds. The market has something for everyone; the store owners are pushy; the place is crowded, but at the end of the day, you will be able to find souvenirs, gifts and custom clothes. 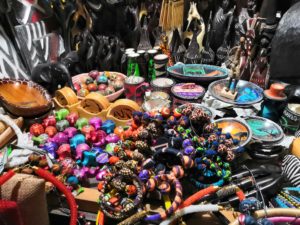 June to mid-September is the long dry season of Rwanda. This is generally the best time to visit because travelling to the national parks and outside the capital is much easier during this time. December to February is another dry season and a good time to visit. However, prices may rise because of the increase of the tourists trying to visit the country during the Christmas holidays. 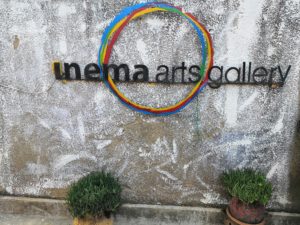 Kigali is a very safe city. It was rated the ninth safest country in the world by the World Economic Forum. You can walk the extremely clean streets of the capital in the early morning and at night, explore the city by yourself without any concerns.

Hotels are reasonably priced, and the average meal will cost less than 10 USD. There are high-end hotels and restaurants for those that want a touch of luxury. The average hotel prices are 76 USD, 60 GBP or 67 EURO. However, budget travellers can find many accommodations below the average rate. And those wanting a luxury trip can seek out five-star accommodations such as Radisson Blu for over 200 USD.

There are many mid-size to large travel companies that can plan your five-star trip. Likewise, there are smaller travel agents who will cater to your needs and provide you with a customised experience. Reasonably priced daily flights from the UK and Dubai are available to this beautiful country via www.rwandaair.com. 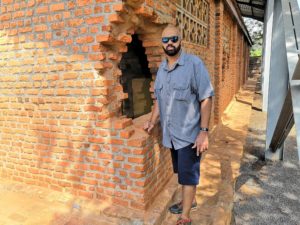 Nathan W Davis III is a school administrator who hails from the United States, and is currently living and working in the UAE.