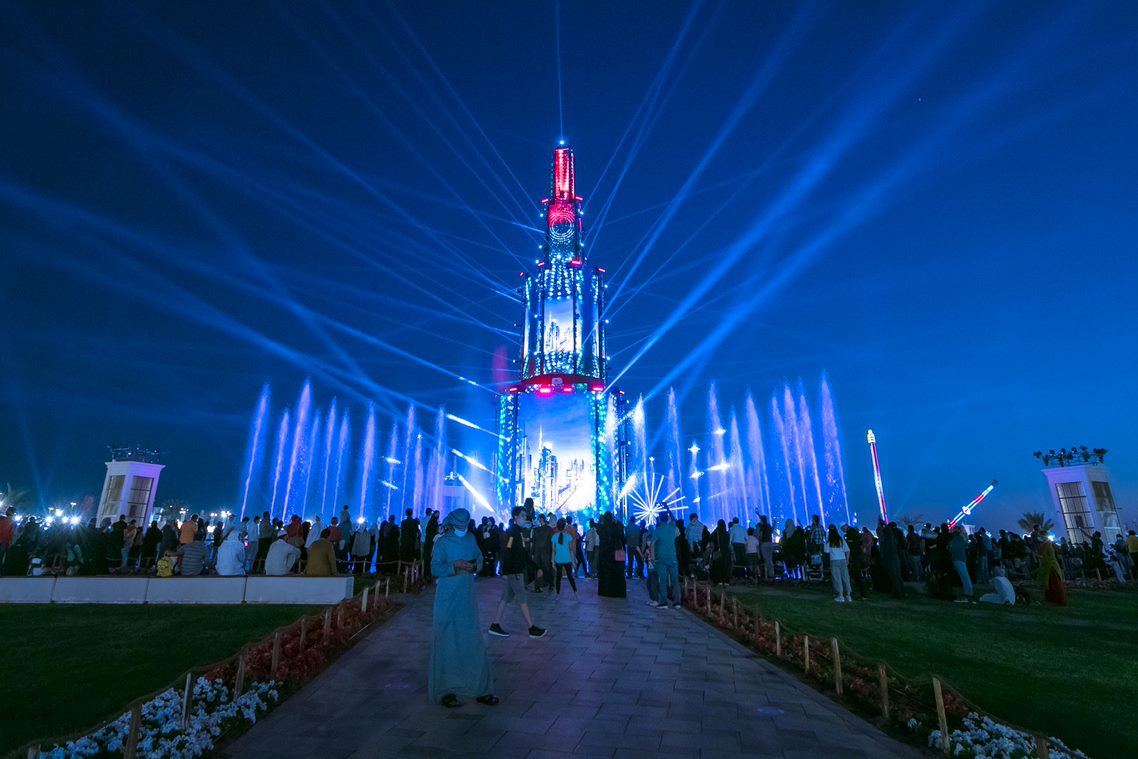 The High Committee organising the Sheikh Zayed Festival has announced the schedule of events and activities taking place during the Festival.

This year's edition of the Sheikh Zayed Festival features thousands of recreational, educational and cultural events, with 21 traditional international neighbourhoods alongside theatres, folklore performances and stages that have attracted more than 22,500 participants, performers and exhibitors from around the world, with over 4,500 international cultural events, more than 650 performances and major celebratory events, as well as more than 130 workshops for children that develop their talents and expand the horizons of their young creative minds, all conducted with great attention paid to precautionary health measures regarding the pandemic as decreed by the relevant authorities.

Visitors will discover the Year of the 50th Zone, which houses a unique art gallery featuring the journey of the UAE over the past 50 years, shedding light on the aspirations of the late Sheikh Zayed bin Sultan Al Nahyan - may God have mercy on his soul - in the development of Emirati society and his clear vision of building a promising future for the United Arab Emirates.

The Festival has allocated pavilions, exhibitions and traditional neighbourhood zones to showcase the UAE's civilisation and various aspects of its culture and heritage. Each zone features events, traditional markets, live examples of traditional Emirati handicrafts that demonstrate the tools used in the past, interactive presentations and multiple workshops on local agricultural products and livestock in the UAE, the role of the late Sheikh Zayed in the development of farming methods and the establishment of a successful integrated system in the livestock sector. 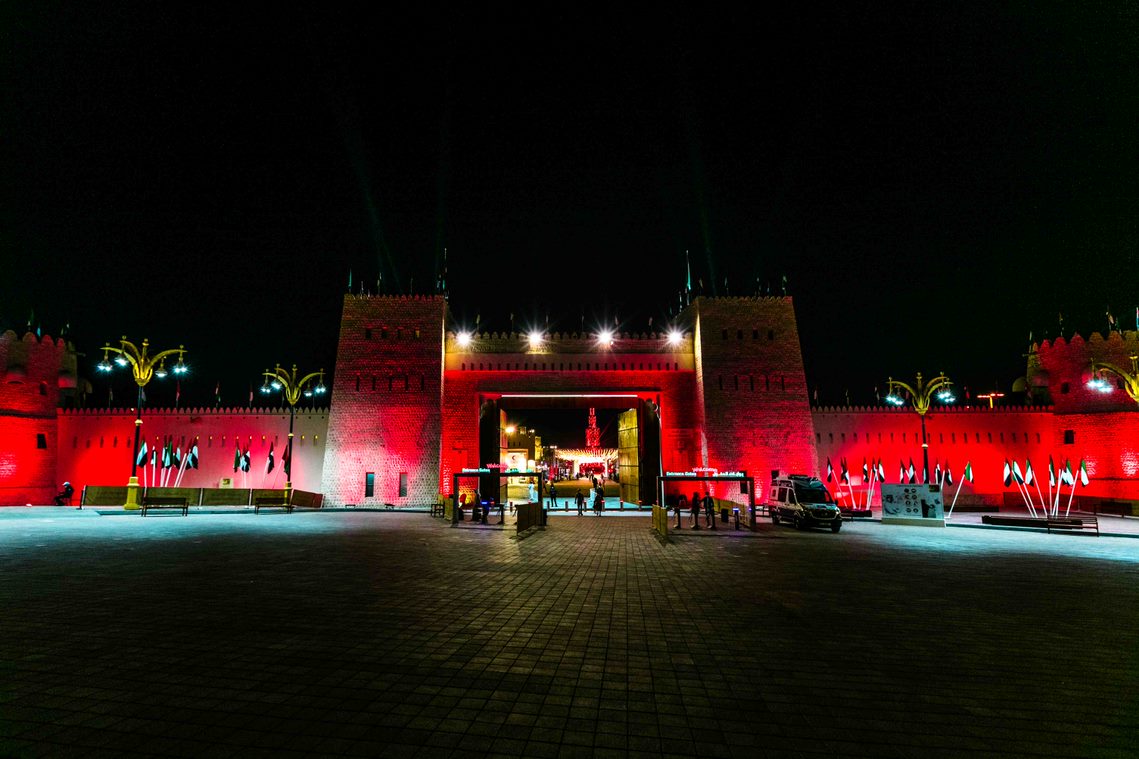 The Emirati Civilisation and Culture Zone also include a parade of H.H. Sheikh Mansour bin Zayed Al Nahyan's World Festival of Purebred Arabian Horses, a gallery of the Best Presidential Camels that have won the most prestigious races, and a special showcase of the Emirati traditions of keeping Saluki dogs and falconry, which includes hunting and how to train and care for them.

The Festival has replicas of traditional neighbourhoods from different nations and civilisations around the world, each reflecting the different aspects of these cultures, such as architectural heritage, markets, products and traditional aesthetics. These traditional international neighbourhoods are all livened up with celebratory folkloric performances that proudly express the finest of each culture's heritage and entertainment.

The Festival is proud to be presenting the wonderful Emirates Fountain to its visitors, the first of its kind in the UAE, destined to be one of the most popular areas of the Festival every day with its internationally themed water shows, daily laser displays and 3D holograms, all set to popular music.

For the first time, the Al Forsan International Sports Resort is joining the Festival with a variety of exciting sports-related activities for the whole family, including karting, shooting, axe throwing, archery, driving and flight simulations, bungee jumping and trampoline, zip lines, radio-controlled cars, horse arena and many, many more.

The Festival has a dedicated educational and entertainment district that welcomes children to enjoy cultural, educational and fun performances and engaging activities from the children's circus, laser and lights shows, storyteller shows, kids magician, karaoke parties, princess and superhero shows, balloon modelling, face painting and other events that guarantee fun for the littles ones. 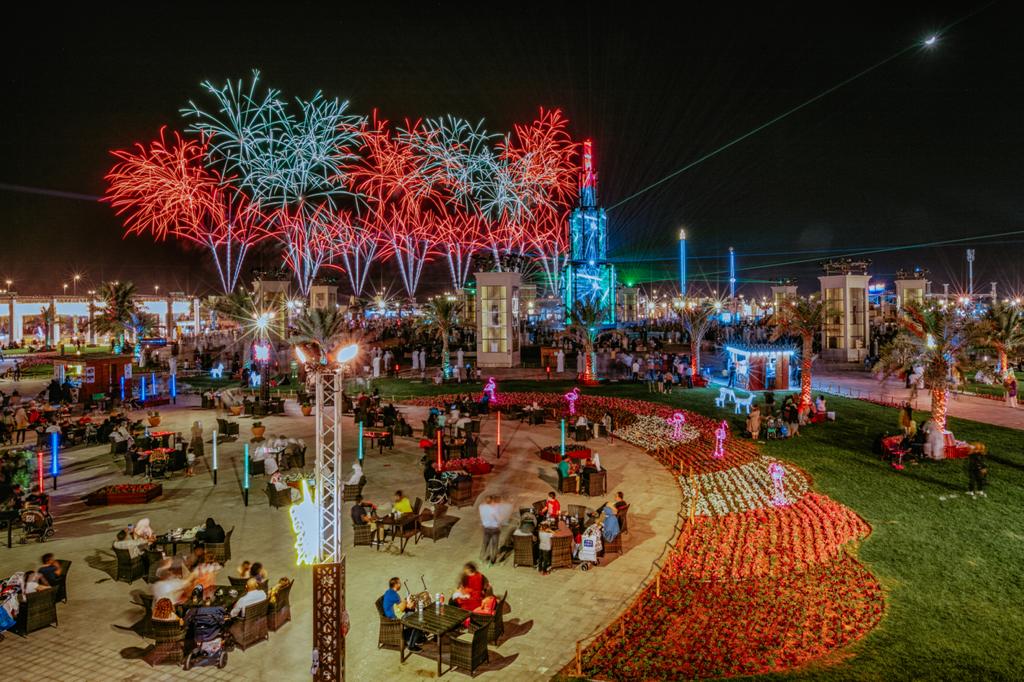 A huge amusement park, Funfair City, is designed to cater for Festival visitors of all ages, featuring a great variety of rides, including a rollercoaster and many more that bring thrills and excitement to all visitors, all assembled according to the highest standards of safety.

The Festival also features a unique opportunity to learn about the best ways to rebuild and renovate classic cars and modify vehicle engines in a safe, controlled environment perfect for all the speed-fiends out there.

For those interested in equestrian and camel sports, there will be special presentations showing the grace and beauty of purebred Arabian horses, which carry deep connotations of traditions in Arab history and are a symbol of authenticity and beauty, along with pony and camel rides.

Visitors will also have an opportunity to watch special performances of military heritage music played by a military band that tours the Festival pavilions daily and uses traditional musical instruments in its performances.

Visitors to the Festival and the population around Al Wathba will be dazzled by spectacular firework displays at 9:00 pm every Friday that will light up the skies throughout the Festival's run, accompanied by lively music, water fountain and laser shows - the show that entered the famous Book of World Records! In addition, there will be more fantastic firework shows on certain special occasions, such as UAE National Day and New Year's Eve celebrations. 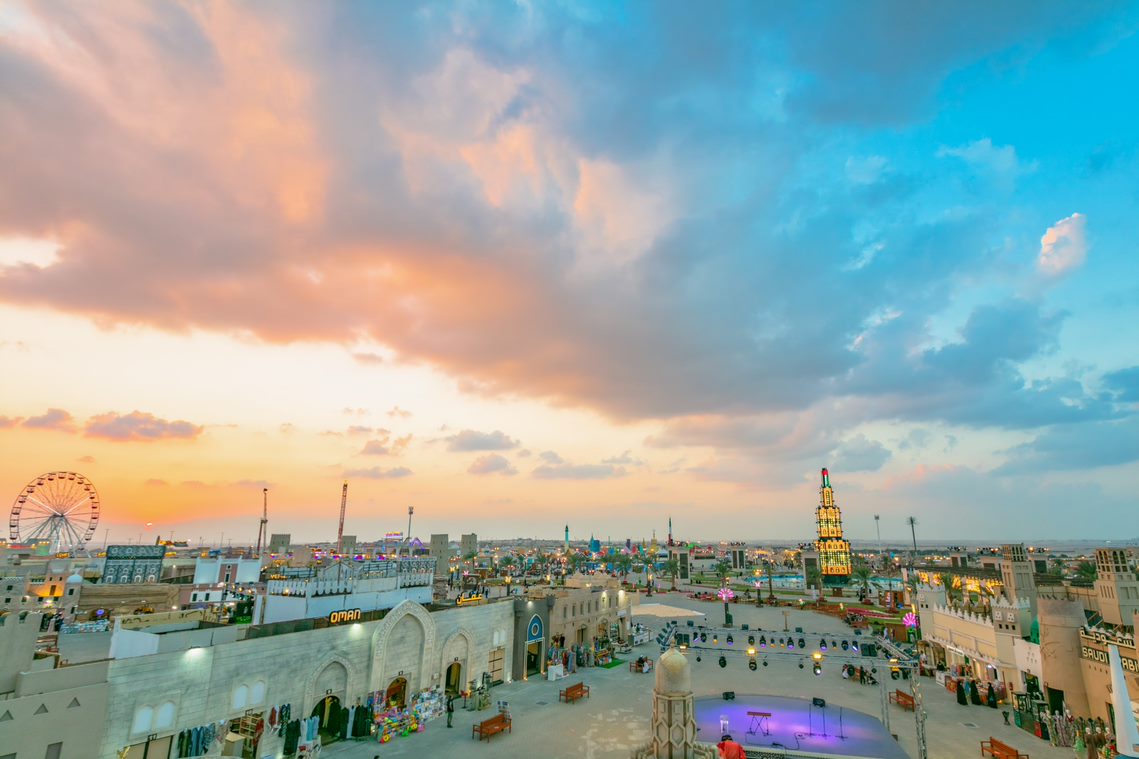 The Festival provides visitors with literally thousands of opportunities to win valuable prizes through its many daily competitions and draws, including the Sheikh Mansour bin Zayed International Festival for Arabian Horses prize draws.

Festival food lovers will be able to experience a wide range of gastronomic delights at over 50 restaurants and food trucks that serve dishes and snacks from diverse cuisines around the world to satisfy all tastes and ages.

Motorbike fans will get the chance to experience thrilling adventures with prominent biking athletes participating in special and exciting sports shows that are bound to take their breath away.

Visitors to the Festival will have the opportunity to be amazed by a unique experience at the Miracle Garden, which gives families and visitors the opportunity to take a walk amongst an impressive collection of famous buildings and illusion structures all covered in thousands of different flowers.

The organising committee has devoted numerous events to children, most notably the Majid TV cartoon entertainment shows in an area dedicated especially for their enjoyment, in addition to the Crazy Car area with its child-safe mini go-carts, to let children indulge themselves in an atmosphere of fun, joy and endless entertainment.

THREE EASY STEPS TO GROW YOUR BUSINESS WITH...

Learn how to gain citizenship in various countries...

SHAQUILLE O’NEAL IS THE NEW FACE OF ABU...