Tell us a bit about yourself.

I'm Arqam Al Abri, an Emirati soul musician. I sing some old school music, I suppose, with a touch of the modern. I like to think of my music as soulful, not necessarily soul music, but soulful in terms of the subject matter; I tackle things that I believe wholeheartedly in—love, life and purpose.

Are you more driven to a specific genre? 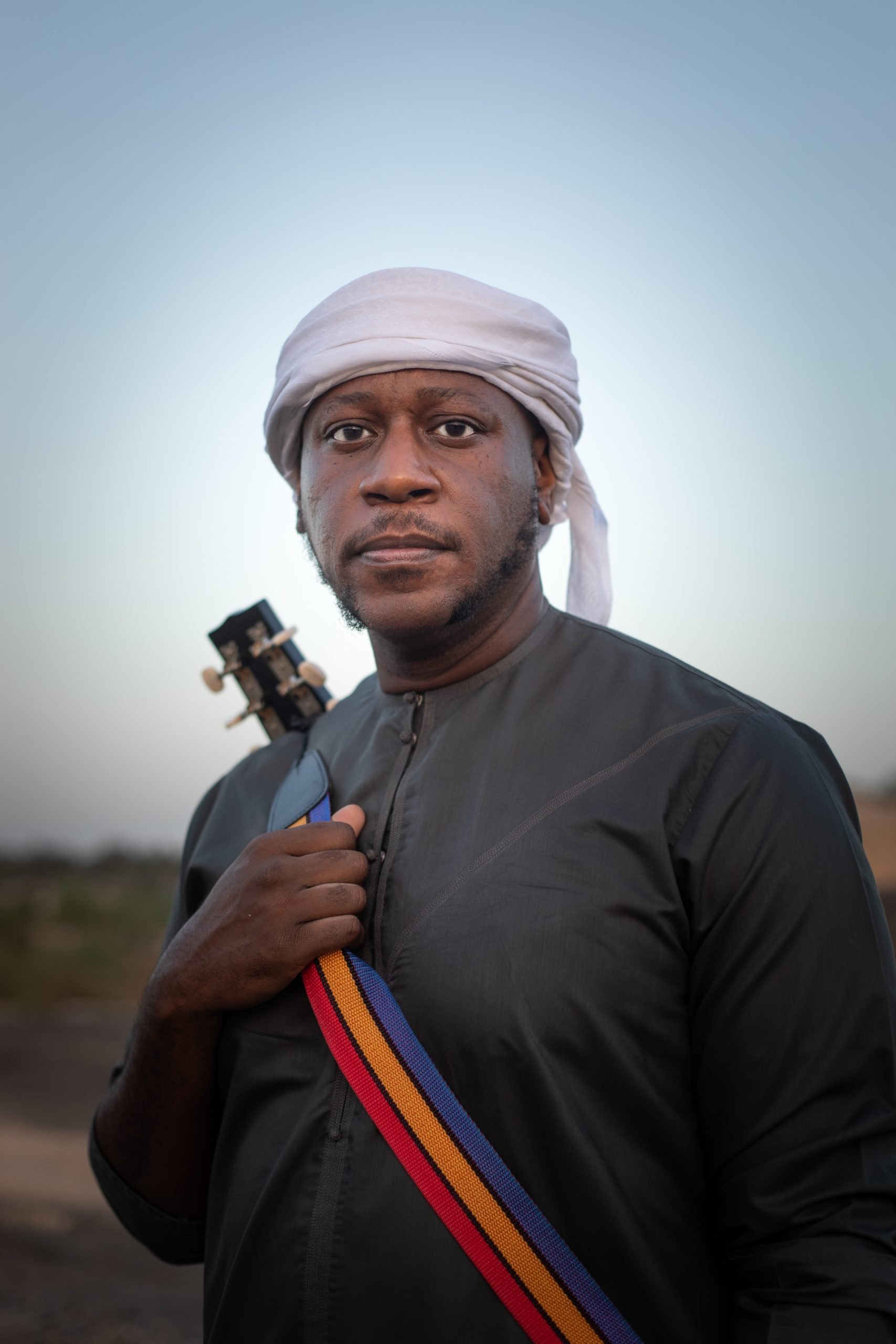 Have you always been making music? And, are you doing anything else outside of music?

I've always been singing; I've just not been singing in public. I've been making music on my own, like I've had concerts in my shower, well, for 15 years, but I've taken it seriously for the last two, three years. I started playing the guitar and the keyboard as well, in the past two years. It's a journey that I love because it allowed me to create.

With the guitar, now, I can play different chords; I can play music with the piano, although I am not good with piano. I also do events, but since COVID-19, things have slowed down. So I haven't been doing too much on the event scene, so it has allowed me to focus on music ... It kind of works.

If not music, what would you be doing?

I probably would be back in the corporate environment. Again, I've been doing events for quite a long time. I worked for different entities, events and sponsorship, and value from events, that kind of thing. So, I guess if I wasn't making music, I would be back in that life. I wouldn't have known that music was a new choice for me.

Purpose. I feel like we all have a purpose.

I was thinking about this the other day, I'm not religious, but I'm spiritual. I believe in the Supreme Being, Allah. Other people might believe in Christianity, in Jesus, in different religions, whatever it is, but for me, it's always been understanding why we are here. I think songs that question what we're here for, is what I’m trying to do.

I feel like purpose drives me to make music. I listen to people like Bob Marley, for example, his songs, they had a message—Redemption Song, No Woman No Cry—they have deep messages. He had a message, and the way he delivered his message is powerful. So for me, purpose is what drives me in trying to do something that I believe in.

What would you say is your purpose?

To take this on another tangent, the way to worship is not necessarily just praying five times a day, but also how you treat other people and treat life—that's all a form of worship to me. My purpose is to live within those guidelines:

I'm a big sustainability freak. Though I'm still trying to get to a point where I'm self-sufficient and sustainable, that's kind of a journey I'd like to get into.

How would you describe your creative process?

I don't have any rituals, per se, but I do like to spend a lot of time at home, with my guitar, my music, and listening to the music. I have a little cat there that inspires me—my little muse.

My process is creating a melody first and then lyrics to go with it. A lot of times, I won't know that I'm writing. I would just be playing different chords, and the song comes. And then I'll write it down. It evolves from there. So it goes hand in hand—the melody, the lyrics and then it evolves into a song.

What advice would you give to your 20-year-old self?

Address your fears. I've never really liked public speaking, and that held me back; there is a lot of performing, and music is about being in front of people, so it held me back because I was scared to do that. It made me very nervous. If I could speak to myself back in the day, I would address most of my fears, allow myself to grow naturally, I think.

So what advice would you give to someone who wants to step out and do something but is fearful?

I feared that I would mess up, and people would laugh at me or judge me. I think, for a lot of people, it's the same thing—they don’t want to be judged by others.

What would you say about me? You don't even need to worry about that because, either way, people will talk. Do something that you love. 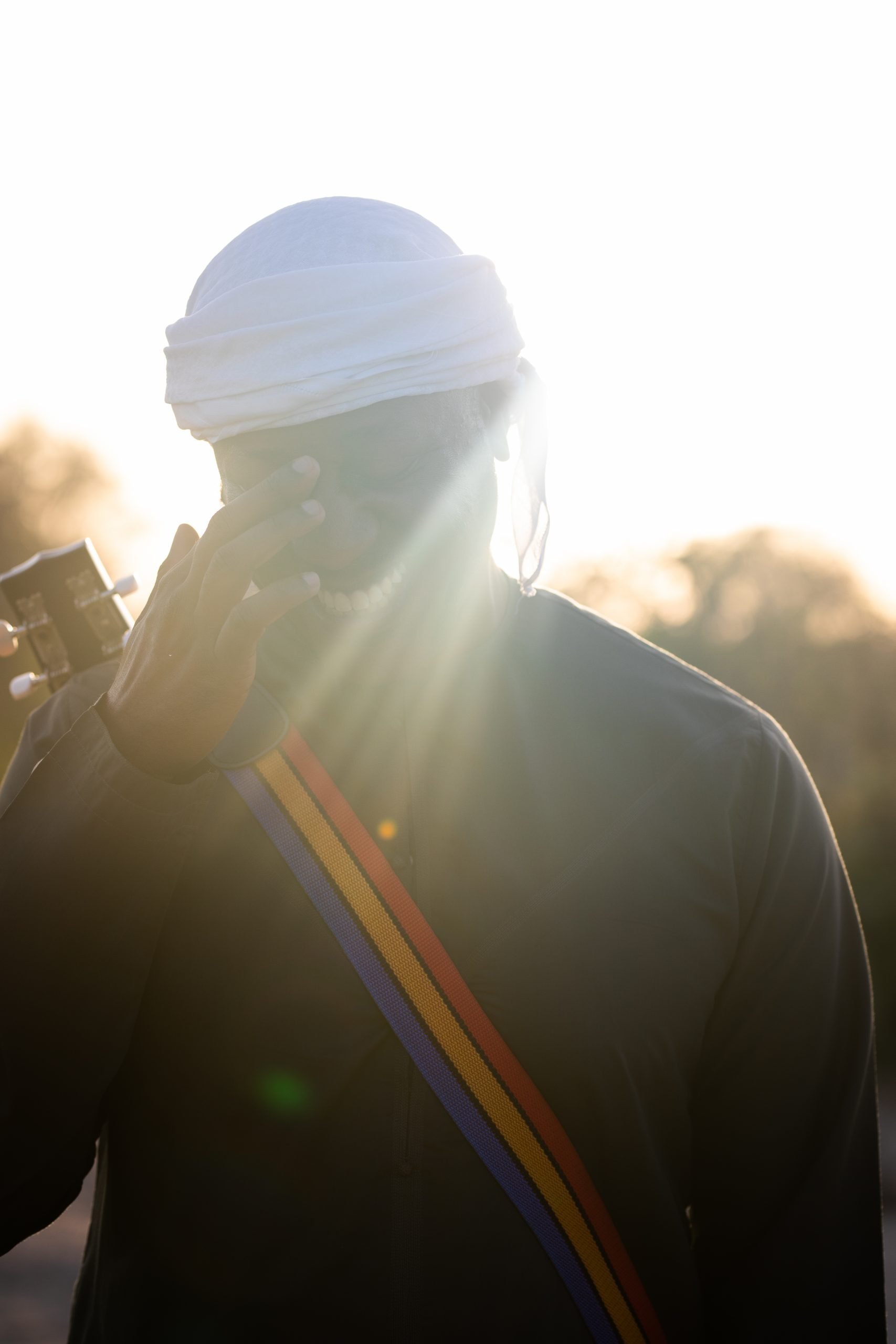 Do you think you are at an advantage or disadvantage being an Emirati singing soul/pop music outside of your mother tongue?

I think there are advantages and disadvantages. An advantage, I suppose, people expect me to sing in Arabic and instead, they hear English. So it's almost like a surprise. I would like to present my culture in Arabic as well, but I feel like my values and principles are also part of my culture. And that comes out in my music. So they kind of balance each other out, the advantage and disadvantage.

It is 2021; it's a small world, we're influenced by so many different cultures from different music, from different worlds. For example, now we have people from across the world playing Afrobeats, listening to Afrobeat. So I feel like the world has changed extremely slowly; we're becoming a global community as opposed to different cultures. So that's the kind of evolution that we're going through.

You sing in English, and you sound amazing. Do you think it would sound as great singing in Arabic?

Singing in Arabic is slightly different. Because I listen to so much English music, I can improvise better in English than when singing in Arabic. Arabic is very specific in how you can improvise, very different. I can sing in Arabic but sound like a foreigner singing an Arabic song because the ad-libs and runs I do are very English, not very Arabic. So I'm working on that. I want to be able to make Arabic music in my own way, as opposed to doing it the way it sounds now.

In terms of your music, what is your favourite song so far? Why?

They are all my babies, but the first song I released was Growth, which was my favourite because it was my first song. I think the lyrics were what I felt at that time. Listening to it now, I know I would have changed a little bit. But I love that I was trying to be as honest as I could at that point. I was trying to write the best I could, trying to sing the best I could, and it came in a way, I think, even now, it's raw, and it's true to me.

Tell us about the Together Let Go project and your involvement.

That's a collaboration with Sisters Grimm; they are a musical company that does theatre pieces and makes their own music. I worked with them and another musician, Gad. They wrote the song, and I just have to sing it. But, for me, it was very important that I was on a song that was positive.

Together Let Go is about the global community we talked about earlier. I love the way it came out, and the message was powerful as well. 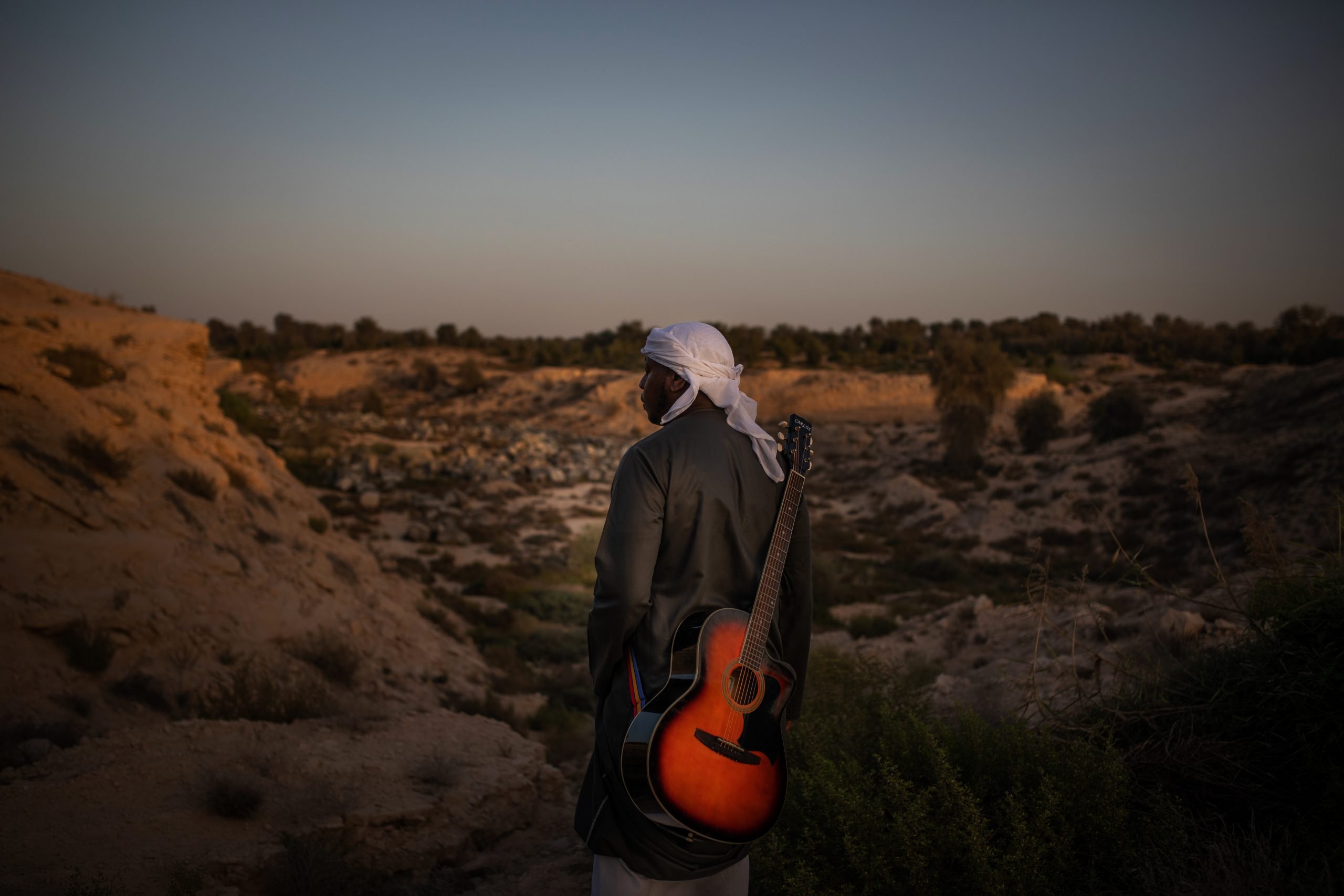 You've been nominated for a Black Excellence Award. What would winning mean to you?

For me, to be nominated for a Black Excellence Award in that category, musician, is already a win. I can't ask for anything more! I'm happy to be nominated. To be in the same category as MKO and other great musicians is surreal.

I'm trying to get as many people as possible to listen to the music. If it resonates with them, fantastic; if it doesn't, that’s also fantastic. But the ideas allow me to resonate with people. When people listen to the music, the more likely people can understand my message, or where I come from.

Who inspires you, and why?

And other musicians like Marvin Gaye, he’s a legend; Bob Marley, most definitely Aretha Franklin, Etta James, Boyz II Men as well, inspire me. Musiq Soulchild, the way he used to write, for me, was incredible. His conversation, but it sounds so musical. Musiq Soulchild is a big influence for me because, for four years, all I sang was Musiq Soulchild. If it wasn’t a song by Musiq Soulchild, I wasn’t interested. He talks about women, but he also talks about relevant things; I like that mix of subject matter.

What’s that one quote you live by?

I can't remember who said it, but here goes: "Be afraid to die unless you won a victory for humanity." That quote hit me differently because I want to leave something positive behind when I go. That's an idea that, again, links with purpose.

Teaching People How to Treat You

AudioSwim: A Music Distribution Platform That Aims To Put The Artist First

Behind the Brand with Natalia Freys –...

Behind the Brand with Preston McIntyre