FROM PRODUCING THE WORLDWIDE TRENDING ARAB FASHION WEEK 2018 TO BRINGING THE THEN REIGNING MISS UNIVERSE CATRIONA GRAY TO THE UAE, THE MOST FOLLOWED VERIFIED FILIPINO PERSONALITY ON INSTAGRAM TALKS EXCLUSIVELY TO OUT AND ABOUT MAGAZINE about the challenges of being a Filipino in a foreign land, building his own businesses from scratch, and showing the world the impact of perseverance and dedication―while shimmering in couture OOTDs and trending in social media.

Entrepreneur and multi-awarded Filipino writer Josh Yugen is more than just an influencer. In 2007, Josh came to Dubai not knowing what lies ahead of his journey as a journalist. Today, his success has earned him numerous accolades. With 211K followers on Instagram, the Filipino influencer is creating waves in the international PR scene through Xpedition Middle East, a Dubai-based luxury travel and lifestyle magazine, and Yugen PR, one of Dubai’s fastest rising PR companies―two companies he founded not just on hard grit, but through relentless dedication. 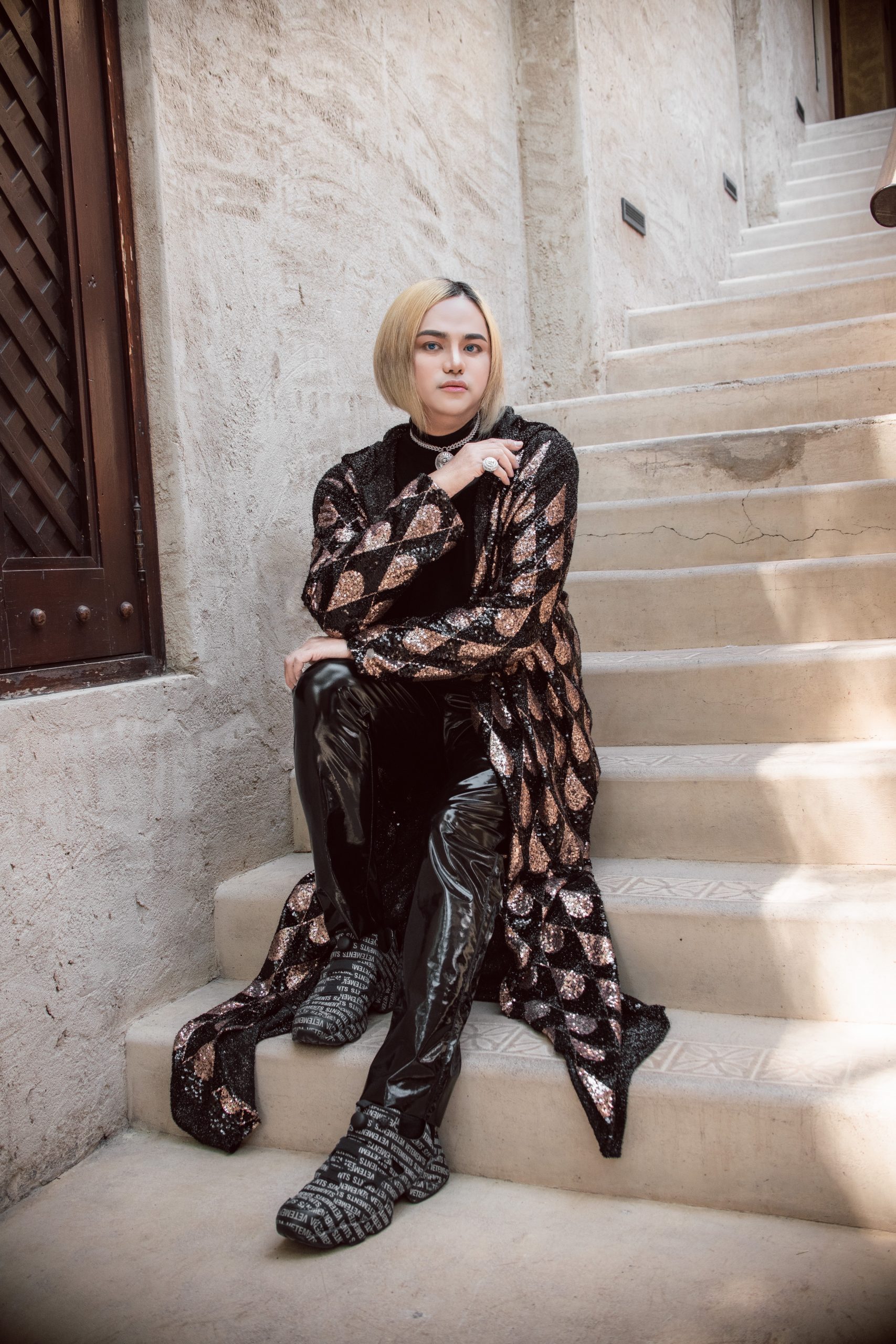 From his humble beginnings in a quaint town in the Philippines, Josh drew inspiration to tirelessly persevere as a passionate writer. At 23, he started writing freelance for different magazines in the UAE. In just a few years, he landed editor roles in prestigious magazines. In 2012, the World Media Academy in Dubai conferred Yugen with the title of ‘Dedicated Journalist of the Year’. Three years later, he co-founded Xpedition Middle East and became its Editor-in-Chief. In 2016, the Miss European Tourism Association dubbed him the ‘Most Influential Travel Journalist’. Josh is also the first Asian to be awarded as the ‘Most Influential Journalist of the Year’ in Malta. Middle East’s leading Filipino community media portal The Filipino Times also named him as the ‘Media Personality of the Year’.

Impactful. I might be guilty or innocent on many things but this is me in one word: this is my past, my present and my future.

I have always strived to do something impactful since I was young. My current goal is to stay impactful for everything that I am doing, and in the future―hopefully―my legacy will always be impactful. I am also an entrepreneur, social media influencer, philanthropist, and a very social person.

One of my dominant personalities is being personable. I love speaking to people as well as listening to their stories. I love writing and reading at the same time. I started my career as a journalist. Later on, I took on a role as a marketing manager before I started my own business, XPEDITION, which is a luxury lifestyle and fashion magazine. After a couple of years, I have opened my own PR, Marketing and Events company,  YUGEN PR. I work closely with many celebrities and VIPs in the region, as well as internationally famous personalities.

As a kid who was diagnosed with verbal apraxia, I never uttered a word until I was six. Growing up, I have always treasured the importance of having my own voice, empowering myself through my writing. My pen has always been my greatest armour.

When I was a teenager, I have always thought that I would like to do something huge, something extraordinary, something inspirational. I do not aspire for fame, but I know that I had to be impactful. Many people call me The Impactful Josh Yugen, and it tickles me pink that I am reaching a place that I can only dream of when I was young. However, I always tell myself that I am still―and always―a work-in-progress.

During my stint in Dubai Festivals and Retail Establishment (DFRE) under Dubai Tourism, it might have been destiny when I met my Emirati partner who helped me set up XPEDITION Magazine in 2014. Now, XPEDITION is one of the most luxurious travel and fashion publications in the Middle East. It is pure hard work and dedication that kept me going―and passion―to keep going even further. I made sure that I can use my voice this time to spread messages of hope, resilience, and empowerment.

In 2017, I founded YUGEN PR, a luxury lifestyle and celebrity agency trusted by the biggest fashion brands, real estate companies, celebrities, and even charities. 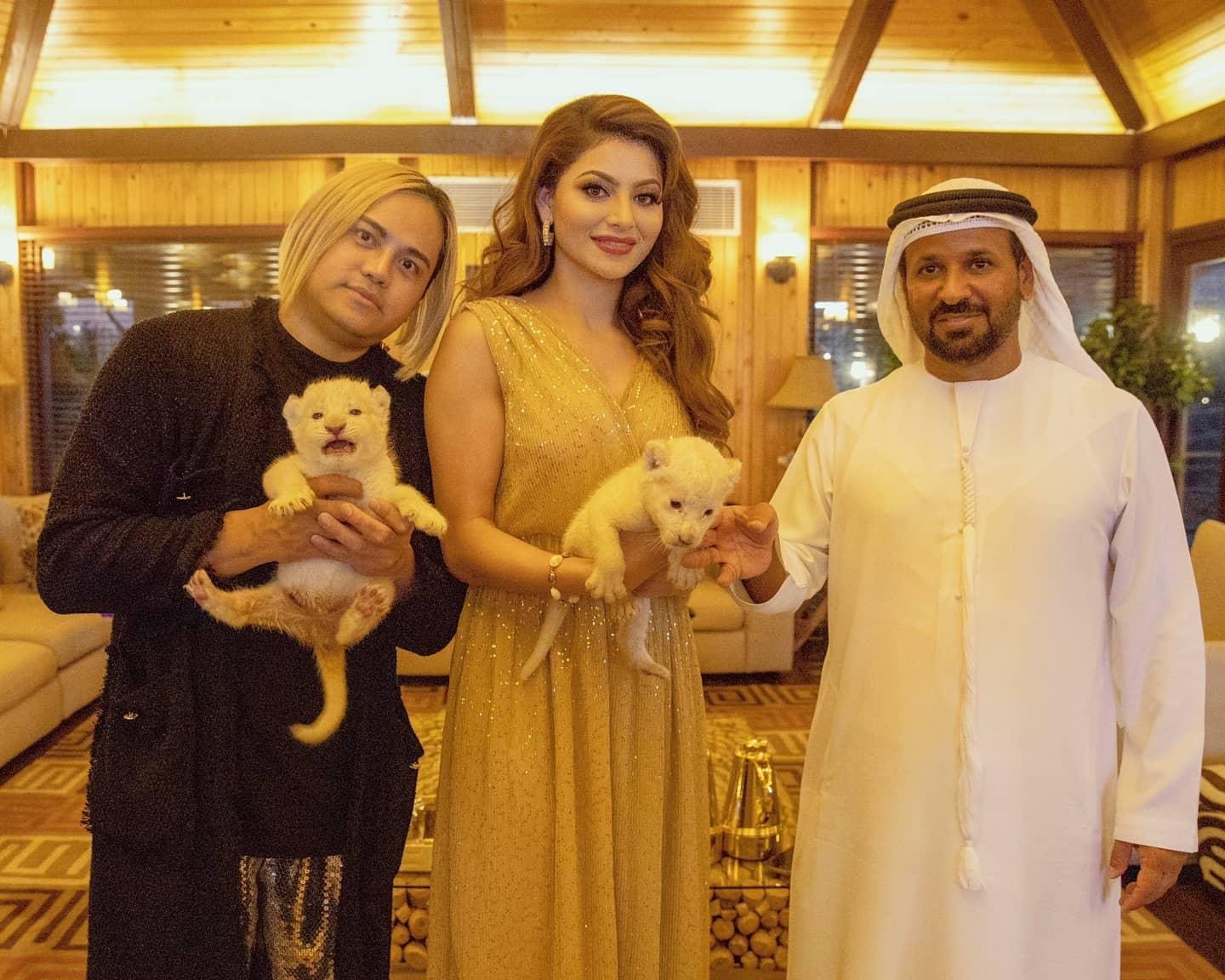 I believe that having a life without a story is worse than death. This is one of the major reasons why I started a publication and a PR agency because we do not just sell couture clothes or luxury properties―we sell stories: beautiful stories that capture the relevance of the moment, empowering stories that inspire people to be better, and riveting stories that touch the human soul.

The allure of comfort zones is like gazing on the sunken beauty of the lakes, and you can never cross the oceans unless you have the courage to lose sight of the shore. Challenges are the most stunning part of the story. I will never ever skip it.

It is absolutely a love and hate relationship! I would love to let it go, but I hate not keeping it to myself. Seriously, money should be controlled, it should never control you.

Do everything that you have to do, but don’t be so hard on yourself. Cry, be angry, be sad, make mistakes and fall down even―because eventually you will stand up, dust it all off, and someday everything will make sense.

I only work for three reasons: to be happy, to make people happy, and to enjoy everything in between.

I focus on things that I can control; the rest is destiny. 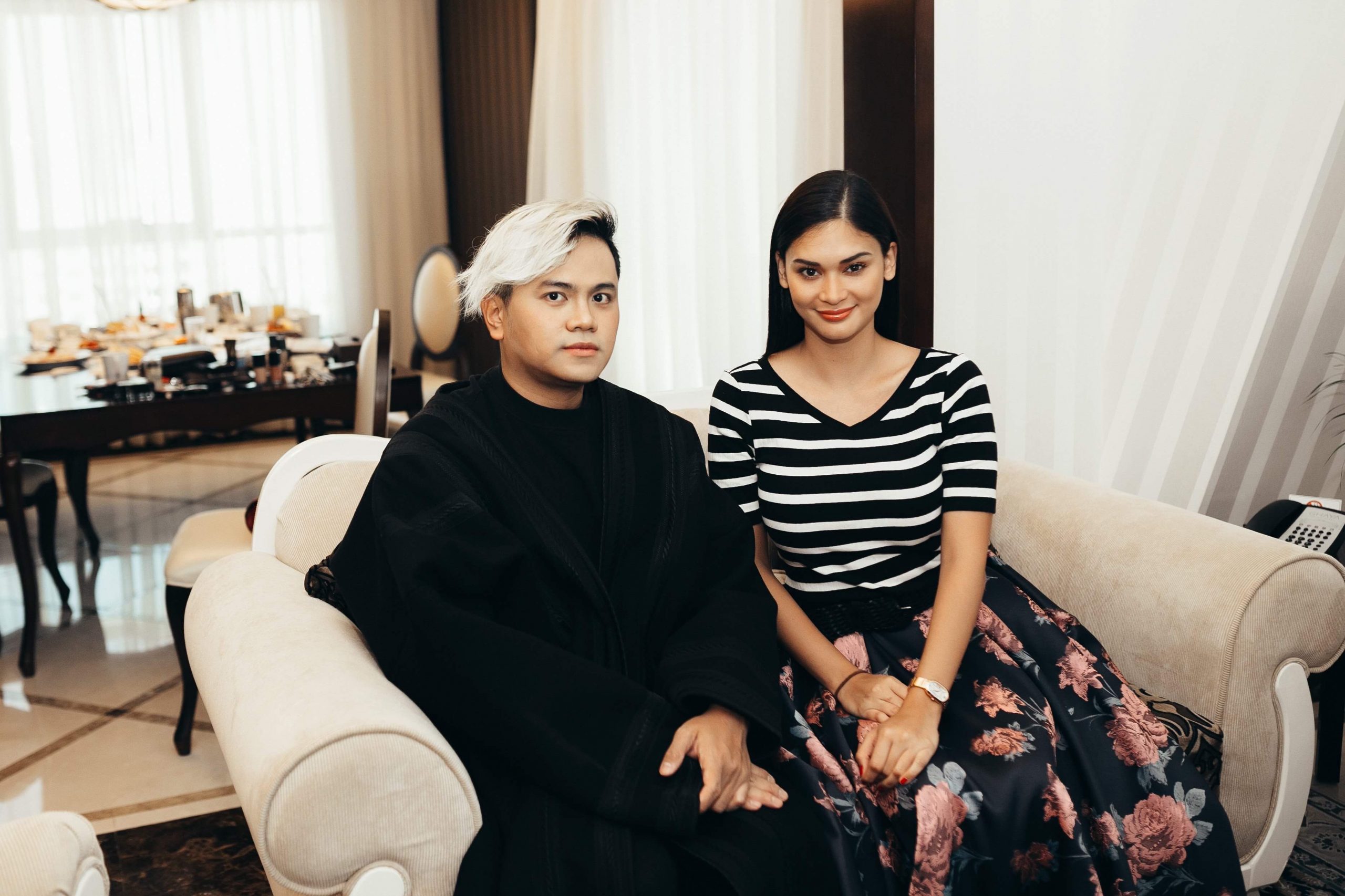 Be thankful: pain is the greatest teacher.

Nature―it is so captivating yet so mysterious; it is so giving yet it can be so dangerous; it can be so breathtaking, but it can also take your breath away; it celebrates your birth, but it also awaits for your death.

“Everything is just an illusion; the best thing you have done is imagination.”

Behind the Brand with Preston McIntyre

Behind The Brand with Ahmed Hawas

Up close with Lara Tabet