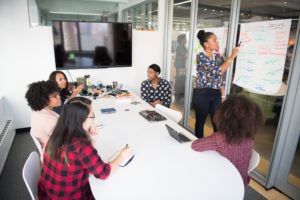 Like sands that are set to fall in the hourglass withstanding the test of time, so is the connotation of women in the modern world. Liberal, intelligent, brilliant, exuberant, regal, authentic, lucid in thought and deed are mere words that can symbolise women in this generation.

The 21st-century liberal women, in an uncomplicated way, have changed the way we see the world in areas that many, including more conservative women themselves, wouldn’t have expected earlier.

Women have energised and engineered careers, fame and fortune in areas like sports, politics, human rights, technology and education amongst other fields. Women have invested their talents, skills and ideas in making this world more diverse and easier to live in.

The dawn of the 21st century has seen a new light shed on women. However, we cannot forget the Margret Thatcher’s, Mary Seacole’s, Isabella Bird’s, Jennifer Pharr Davis’, Mother Theresa’s, Princess Diana’s and Eugenia Charles’ of this world amongst others who have set the high standards of equality.

Additionally, it is important to note that these 21st-century women have their own unique ability to express themselves and are not intimidated by anybody. Nowadays, women are liberalised on a large and small scale. However, there are women who are still entrapped in myopia, shedding their rights to freedom of speech and creativity seeding their potential to those who they feel are more dominant and strong. Hence, not all 21st-century women can be considered to be liberalised.

Still, the question, therefore, must be asked. What epiphanies have women experienced to the point that they are virtual seen as equals to men in the workplace and not merely the backdrop to great men? What made women endeavour to be better in all areas of life compared to men, instead of the preconceived notion that they were not strong enough to be competitive, let alone be given a platform to have a voice on the global stage? What made this new generation of women liberal juggernauts?

Behind every successful man, there is an extraordinary woman. This quote sounds ordinary and straightforward, but this same quote was the catalyst for women to begin their quest of leading from front instead of allowing men to receive all the credit. Seemingly, modern women switched from the role of being the neck that turns or navigates the motion of the head; Instead, they have realised that they could use their own ideas and God-given talents, skills and knowhow to impact the world in meteoric ways.

Women have shown that they deserve to be in the reckoning for significant accomplishments. Women realised that they had a voice too if they chose to speak. They could make deeds morph into incredulous actions if they used their hands. They perceived that they could think of ideas and attempt to ‘practicalise’ thoughts in theory. Women saw that they could be the face of the media instead of that ever-present shadow perusing every document that made their husbands or fathers great. Women saw that they were equals, 50 – 50, not castigated to the 80 – 20 rule.

First, take, for instance, Hillary Clinton, the woman behind Bill Clinton, the 42nd president of the United States. She has to be seen as a pioneering presence for a generation of women to come. She, while not winning the 2016 elections for being president herself, has undoubtedly encouraged women like Kamala Harris and Elizabeth Warren to be the first woman POTUS.

Likewise, we must salute the German chancellor, the enigmatic Angela Merkel. In a country once ruled by the roguery and articulate Adolf Hitler, Merkel has transformed Germany into the leading nation in the Eurozone. She has shown manly command of her position in what can be said to be one of the world’s most ambitious countries. Additionally, she is astute, not only as a leader but as an educated and trained chemist. She excelled in that field before becoming a political juggernaut, rising to the highest seat any individual can sit on in Berlin, Germany.

Similarly, who gave women the right to become billionaires? Furthermore, who gave a black woman the right to become a billionaire? Oprah Winfrey is a world-renowned self-made billionaire, who is not only a money generator but also a tremendously influential contributor to culture and the modern way of life of millions of people who tune into her work as a talk show host and actress. She had a ginormous impact on the emergence and consequently, the realisation of the United States of America’s first black president, Barack Obama. She has been inducted into the Smithsonian National Museum of Culture as a major player in the culture of America.

In sports, many women are known as being equally attractive and skilled as their male counterparts. The sad reality, however, is that they are not as well-remunerated as their male equivalents. Yet Shelly-Ann Fraser Pryce is just as much a global superstar sprinter as the illustrious Dr Usain Bolt. Marta, otherwise known as the female Messi, is just as impactful on the field of play as Lionel Messi is. Katie Ledecky is just as much a beast in the pool as the imposing Michael Phelps. Lisa Leslie, the first female basketball player to dunk a ball, is just as imperious on the courts as Lebron James or Michael Jordan.

Who can claim a better record in tennis than the Williams sisters, who have proven over the years that they can dominate just as much as Raphael Nadal and Roger Federer? Serena and Venus, though planets apart with individual accomplishments, have shown as a duo that they are just as unfathomable and energetic as any to ever play tennis. Of course, there are many more women in other sports that have blazed a trail just as bright as men; we salute you all because you are juggernauts.

More importantly, women are not afraid to speak anymore in this modern generation. Just like subjected men who were prepared to fight whether slavery, apartheid or any other forms of oppression which threatened to hang civilisation by the throat, women have stood up. This fight to the glaring eyes is not physical, yet, wits are being tested, and intelligence is being called upon to change the social fabric. Just like the oppressed men who were exhausted by the fact that they were limited by thoughts, even when their deeds and actions suggested otherwise, so did women realise that they are just as good, and in many cases, sometimes even better than their male counterparts.

It is often said that “A bull does not know its strength until its very existence is threatened.” The natural eyes and the subliminal ones too showed that women came to the party not to serve drinks, but to drink their fill just as the men do.

Consequently, the tides have changed throughout the progression of humankind. There was once a time when men with deeper skin tones fought and won the rights for their freedom. Ever since other minority groups (or so we are made to call them) have fought and won their rights to self-expression and have made valuable contributions to society and the world therein. Women, more so liberal women, have taken on the mantle of shrinking the gap between themselves and their proposed equals — men.

Surely, the world still feels that men are more alluring and attractive in the areas of sports, politics, education, among other fields. But the numbers and quality of women are quickly rising and in some cases, outnumbering the volume of men’s output in the workplace. Women have proven that they are just as capable of enchanting society and impacting lives as the men have so dominated throughout the sojourn of civilisation. Women are now showing us all that they were the actual brainchild and navigators of some of the world’s most noteworthy men. 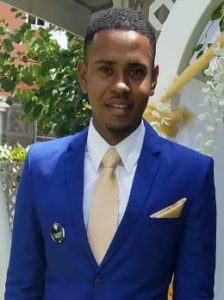 Jerome Douglas is a 27-year old trained teacher, poet and writer from the beautiful island of Jamaica. His personal philosophy is “If it is for me to be, then it is up to me.” He attended the Catholic College of Mandeville in Jamaica. Additionally, he is a community builder and humanitarian who volunteers his time to help with the academic and social wellbeing of people in his central Jamaica community and surrounding areas.

Culture Summit Abu Dhabi: The impact of the...

WHAT IS DIWALI; HOW AND WHEN IS...