Home My Ride The new BMW M2
My Ride

The new BMW M2 delivers signature M performance in a highly concentrated form. With its 338 kW/460 hp six-cylinder in-line engine, the second generation of the compact, high-performance sports car promises unadulterated driving pleasure. The debut of the new BMW M2 marks another highlight event in the model offensive celebrating the 50-year anniversary of BMW M GmbH, while making the first step into the world of its high-performance cars an even more enticing one. 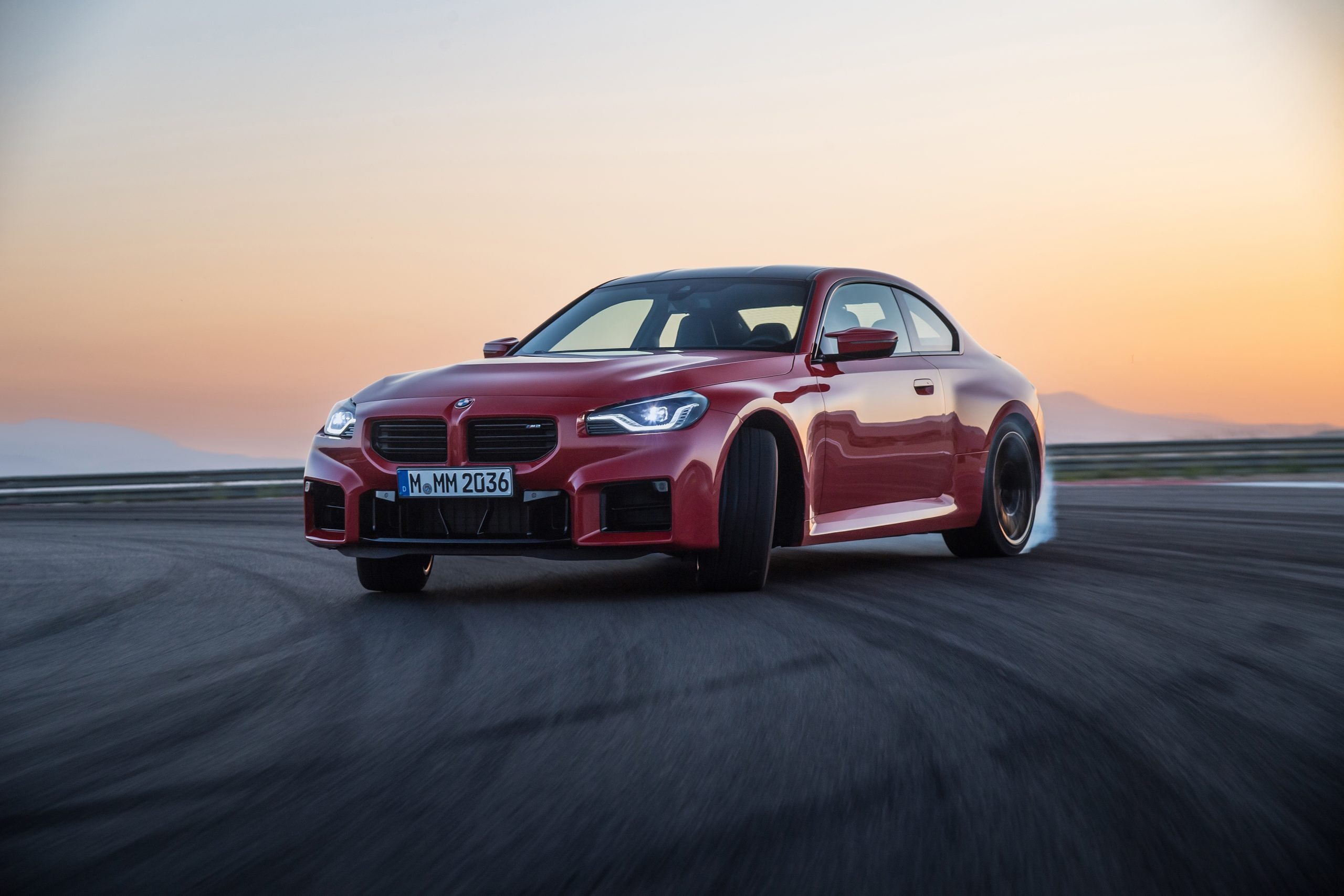 Compact dimensions, together with powertrain and chassis technology adapted from the BMW M3/BMW M4, are at the heart of a vehicle concept that endows the new edition of the two-door model with beguiling agility and handling that remain easily controllable even as the driver explores the car's limits. This distinct character profile also manifests itself in the expressive exterior design with its athletic coupé proportions.

The sophisticated control/operating concept for customising the vehicle setup also helps to produce a performance experience of remarkable intensity. Thanks to these many attributes, the new BMW M2 continues the brand's tradition of ultra-sporty models with compact dimensions that began in 1973 with the arrival of the BMW 2002 turbo.

The launch of the new BMW M2 will get underway in April 2023 in the Middle East and worldwide. It will be built alongside the new BMW 2 Series Coupé at the BMW Group's San Luis Potosí plant in Mexico.

The large, frameless BMW kidney grille with its horizontal bars combines with a three-section lower air intake with almost rectangular contours to give the front end of the car a familiar M look. The design has been crafted around technical requirements in terms of cooling air supply and aerodynamic balance. Clearly designed surfaces, prominently flared side skirts and muscular wheel arches set the tone for the side view.

Six-cylinder in-line engine with instantaneous power delivery and a thrilling appetite for revs.

The version of the straight-six engine developed for the compact high-performance model with M TwinPower Turbo technology and high-revving design stands out with its M-typical performance characteristics. Differing only in a small number of details from the engine employed in the BMW M3 and BMW M4 models, the 3.0-litre unit thrills with its urgent response, healthy appetite for revs and linear power delivery into the highest reaches of the engine speed range. 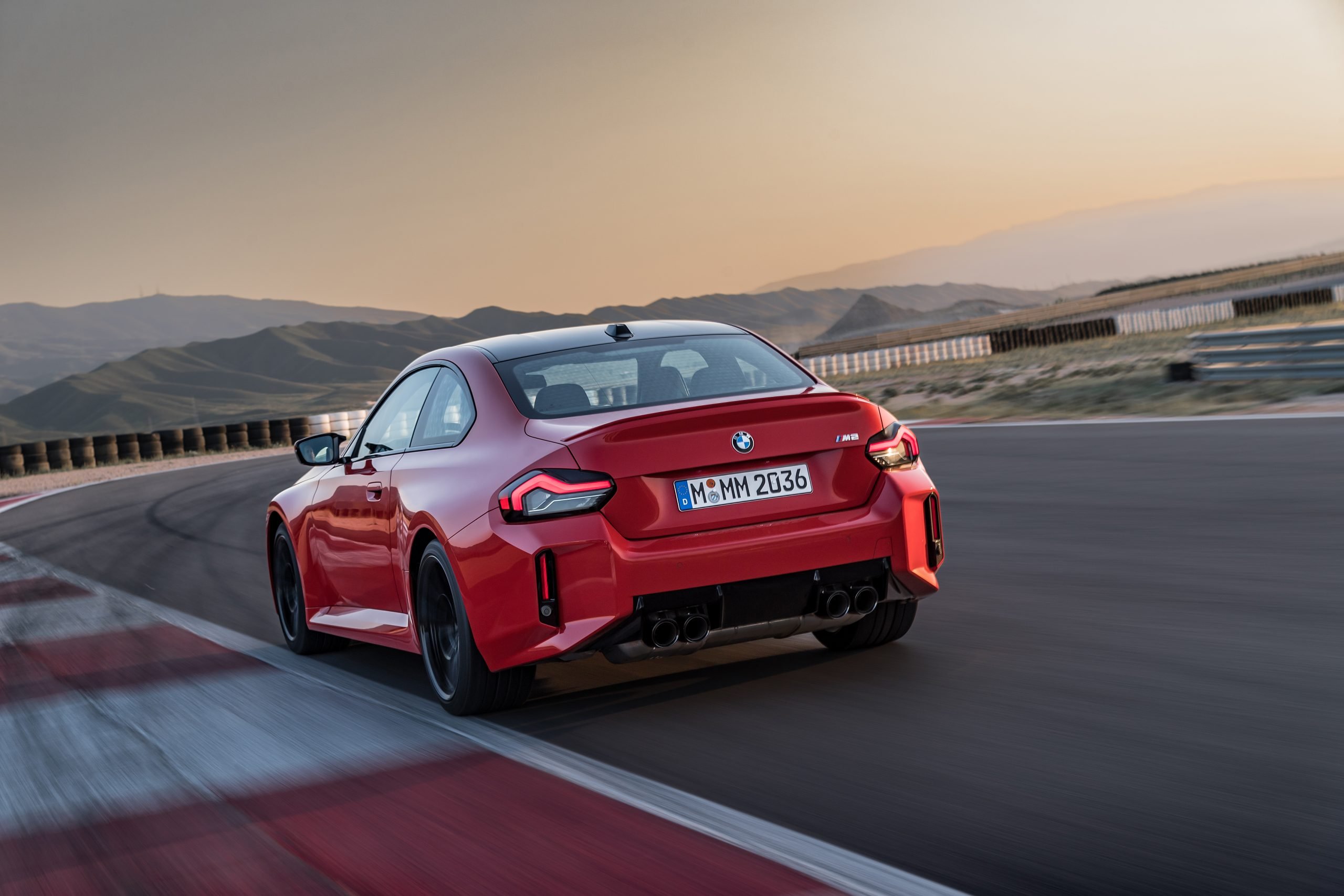 The engine's power is relayed to the rear wheels via an eight-speed M Steptronic transmission with Drivelogic as standard. Its extremely sporty gear shifts, direct connection to the engine and ability to execute multiple downshifts to the lowest available gear form the ideal basis for beguiling, instantaneous acceleration.

Regardless of the choice of transmission, the new BMW M2's traditional form of dynamic performance is also embodied by its rear-wheel drive. 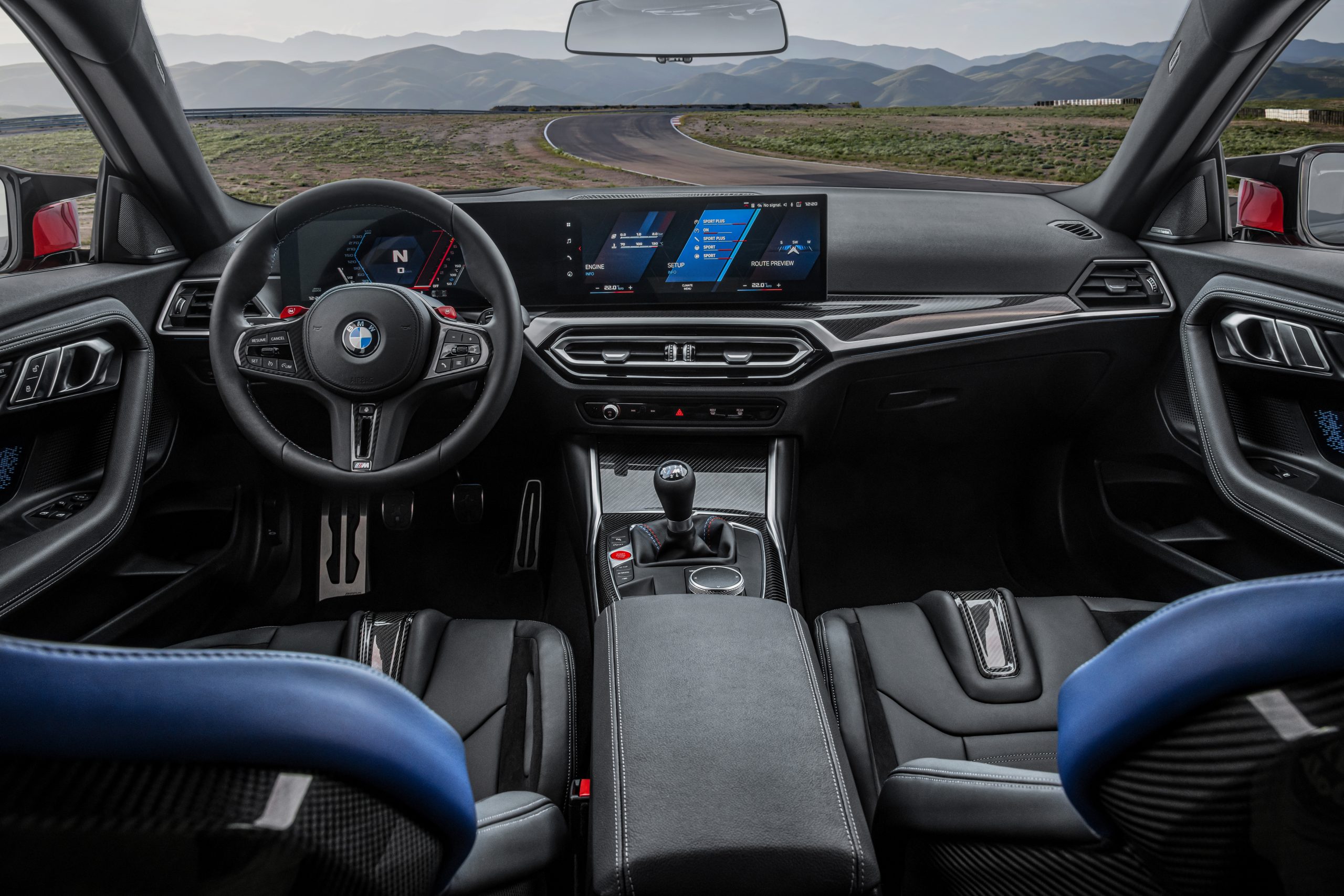 The linear build-up of lateral acceleration forces characteristic of M models helps the driver to guide the car through corners with controlled drifts, for example. The standard M Traction Control function is also designed to allow the driver to carefully probe the vehicle's performance limits by setting individual intervention thresholds for wheel slip limitation, with a choice of ten stages.

Another contributor to the sublime dynamics of the BMW M2 is the Active M Differential at the rear axle. Also included as standard, it is able to seamlessly generate a locking effect of up to 100 per cent whenever required. This optimises traction on road surfaces offering different levels of adhesion for the left- and right-hand rear wheel, for example, as well as improving power transfer when accelerating hard out of corners.

The new BMW M2 boasts a cockpit with a driver-centric design featuring M-specific readouts, controls and setup options, as well as the advanced BMW Curved Display. Driving-related information, including Shift Lights, appears in a new graphical layout on the 12.3-inch information display. M-specific widgets for vehicle setup and tyre condition are just two of the items that can be called up in the 14.9-inch control display.

JOIN THE ‘ONE BILLION STEPS CHALLENGE’

2CELLOS LIVE in Dubai this November