"The Real Housewives of Dubai" has announced its exclusive home in MENA on OSN+, the region's leading local premium streaming service, with the new episodes being dropped weekly on the streaming platform.

The OSN+ Exclusive series is highly anticipated in the region and will air at the same time as the US premiere. The show is the latest entry into the "The Real Housewives" franchise, with Dubai being its 11th city. #RHODubai, highlights a group of glamorous and successful women navigating their relationships, careers and supremely lavish and ultra-wealthy lifestyles. 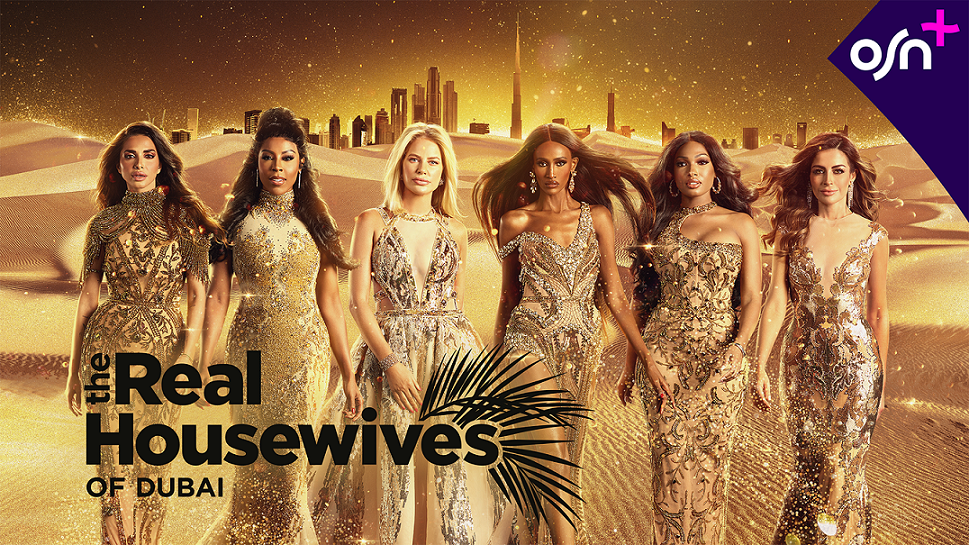 Every "The Real Housewives" cast differs, but they all centre around a group of friends who are a part of the same elite social circle in their city. The Dubai series has a promising cast to take the "City of Gold" by storm this summer.

Fan-favorite Caroline Stanbury of "Ladies of London" is making her big return in "The Real Housewives of Dubai." After settling in Dubai, Caroline is now married to former Real Madrid soccer player Sergio Carallo and hosts her own podcast.

Sarah Al Madani, Emirati born and raised in the UAE, is a celebrated entrepreneur and has paved the way for young women in the region.

Lebanese born Nina Ali is an entrepreneur and founder of a successful cake company. After facing challenges throughout her life, she appreciates authenticity and positions herself as the real deal.

Caroline Brooks, known as Caroline DXB, is self-made and renowned in the Dubai real estate field and is the owner of a luxury inclusive spa and beauty salon.

Originally from Jamaica, Lesa Milan is living out her dreams as a successful fashion designer, devoted wife, and loving mother to three. The former Miss Jamaica winner is proud of her luxury maternity fashion line Mina Roe.

Mark your calendars, as OSN+ promises a drama-fuelled summer in Dubai. Set to blow the lid off the entire "The Real Housewives" franchise, the Dubai rendition is set to air on OSN+ on June 2nd.

OSN+ is an easily accessible online platform and is available for download across all iOS and Android devices. For only USD 9.5 per month, with a complimentary 7-day trial, stream now at https://osnplus.com/ and enjoy endless hours of exciting content.

Over USD 1m Raised at the Abu Dhabi...

A Spectacular Line-up of Events to Mark Louvre...

Nurseries and childcare centres to reopen