Sacha Jafri, one of the world's leading artists, has partnered with Rolls-Royce Motor cars to create the first-ever co-branded artist-series Rolls-Royce collection in history. 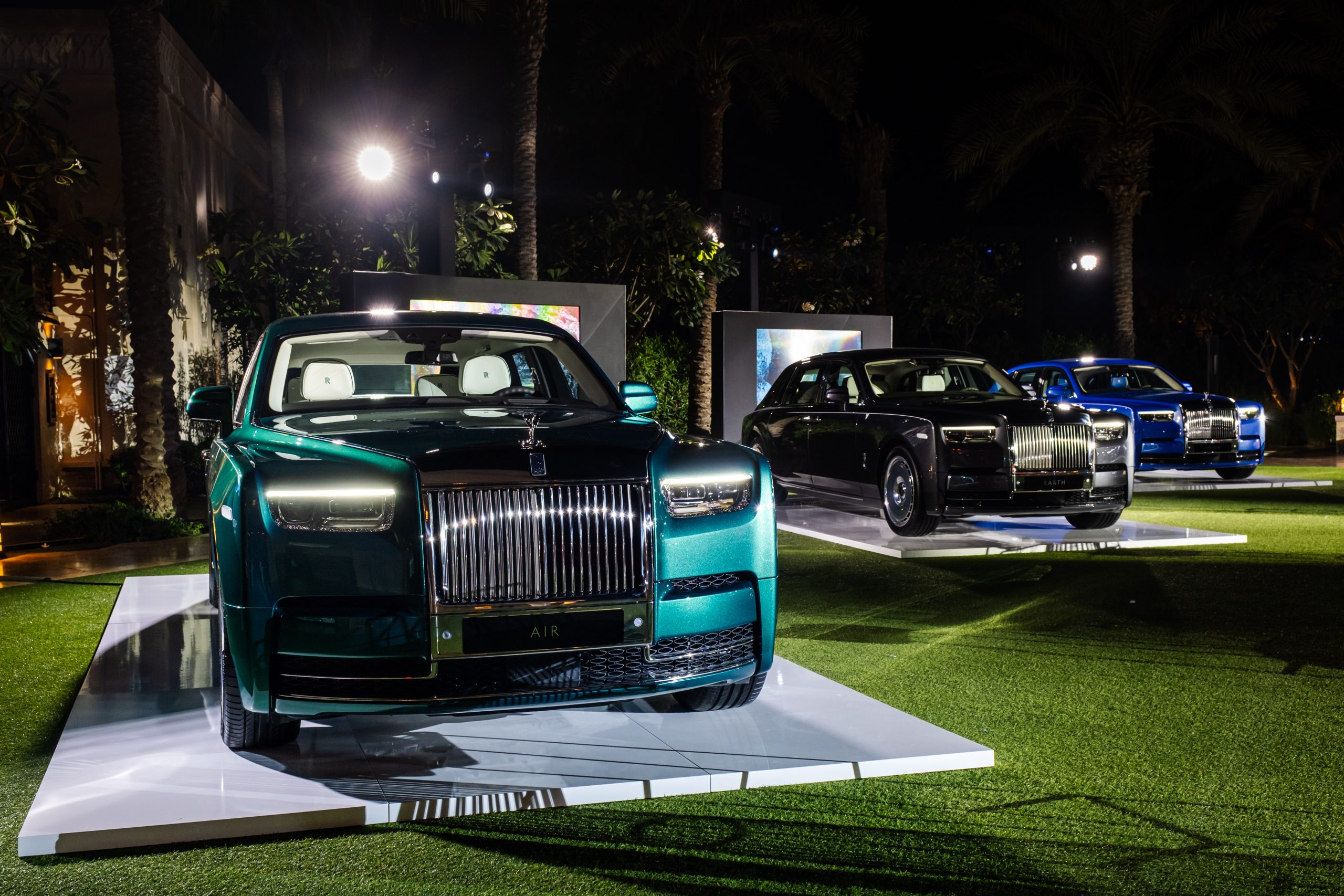 Each of the Six Rolls-Royce Phantom Series II cars in Jafri's 'The Six Elements' collection, a one-of-one motoring masterpiece of Artist & Designer Jafri & Goodwood, features a uniquely hand-painted Sacha Jafri Gallery, inspired by one of the five elements: Earth, Water, Fire, Wind and Air, with Jafri's 'Humanity' as the 'Sixth Element.'

In a list of firsts for both Rolls-Royce and the world, each of Jafri's 'The Six Elements' cars features a one-of-a-kind Artist-NFT embedded within the glove compartment. The first ever Co-Branded Rolls-Royce Car in the history of the company has been finalised from the Rolls-Royce production site at Goodwood England, with 'Sacha Jafri X Rolls-Royce' and Jafri's 'Heart-Logo' along the coach line of each of the 'Six-Elements' cars in this unprecedented series.

With this ground-breaking project at the beginning of its Charitable Journey and hailed as 'The Car that keeps on Giving', these NFTs will uniquely donate 100% of the re-sale Royalties (built within the smart contract on the blockchain) to the chosen charities in perpetuity, aiming to raise 10's of millions of dollars over the next five years and beyond. Within just FIVE DAYS of the official announcement of Rolls-Royce's Phantom, 'The Six Elements' by Sacha Jafri, all six one-of-one Rolls-Royce Phantom Series II motor cars have found exceptional homes. 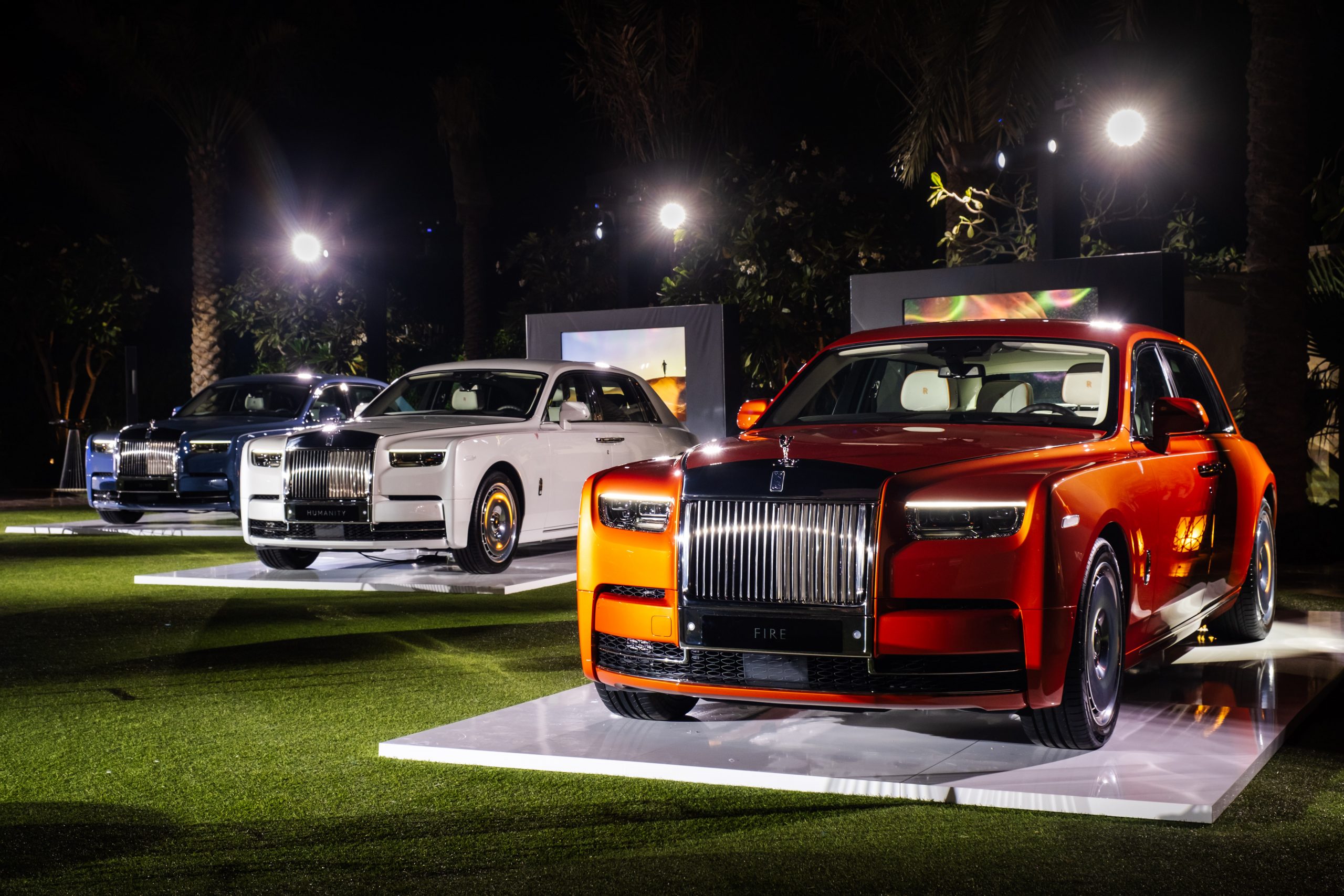 The full allocation of these utterly unique Phantom motor cars donates over $1 million for charity as the beginning of the project's CHARITABLE JOURNEY. The chosen charities focus on the four main concerns of our world: Education, Health, Sustainability, and Equality. (Bait El Baraka, Surgeons For Little Lives, The Beekeepers Foundation, & Harmony House)

The Rolls-Royce Phantom 'The Six Elements' series features a unique digital element embedded within each of the six cars, with the launch of "The Rolls-Royce That Keeps on Giving" NFT initiative. Jafri's six 1of1, one-off Artist-NFTs are linked to each of the six Phantoms. However, the owners can sell their NFT separately if they choose to do so. With every trade of the NFT, a royalty will be paid into a digital wallet dedicated to charity, and with this, "The Rolls-Royce that keeps on giving" comes alive. In addition, a QR code will be uniquely embedded within each Jafri Phantom Series II glove compartment, enabling each of the six owners to view their NFT whilst seated in their car.

The official global unveiling of this unprecedented Rolls-Royce X Sacha Jafri collection was hosted by Torsten Muller-Otvos, the CEO of Rolls-Royce Motor Cars, with the artist Sacha Jafri. Also present were the selected Charities and the six buyers.

SEVEN OF THE GREATEST ELEMENTS OF LIFE

The all-new BMW 3 Series has arrived in...

The all-new BMW 3 Series has arrived...