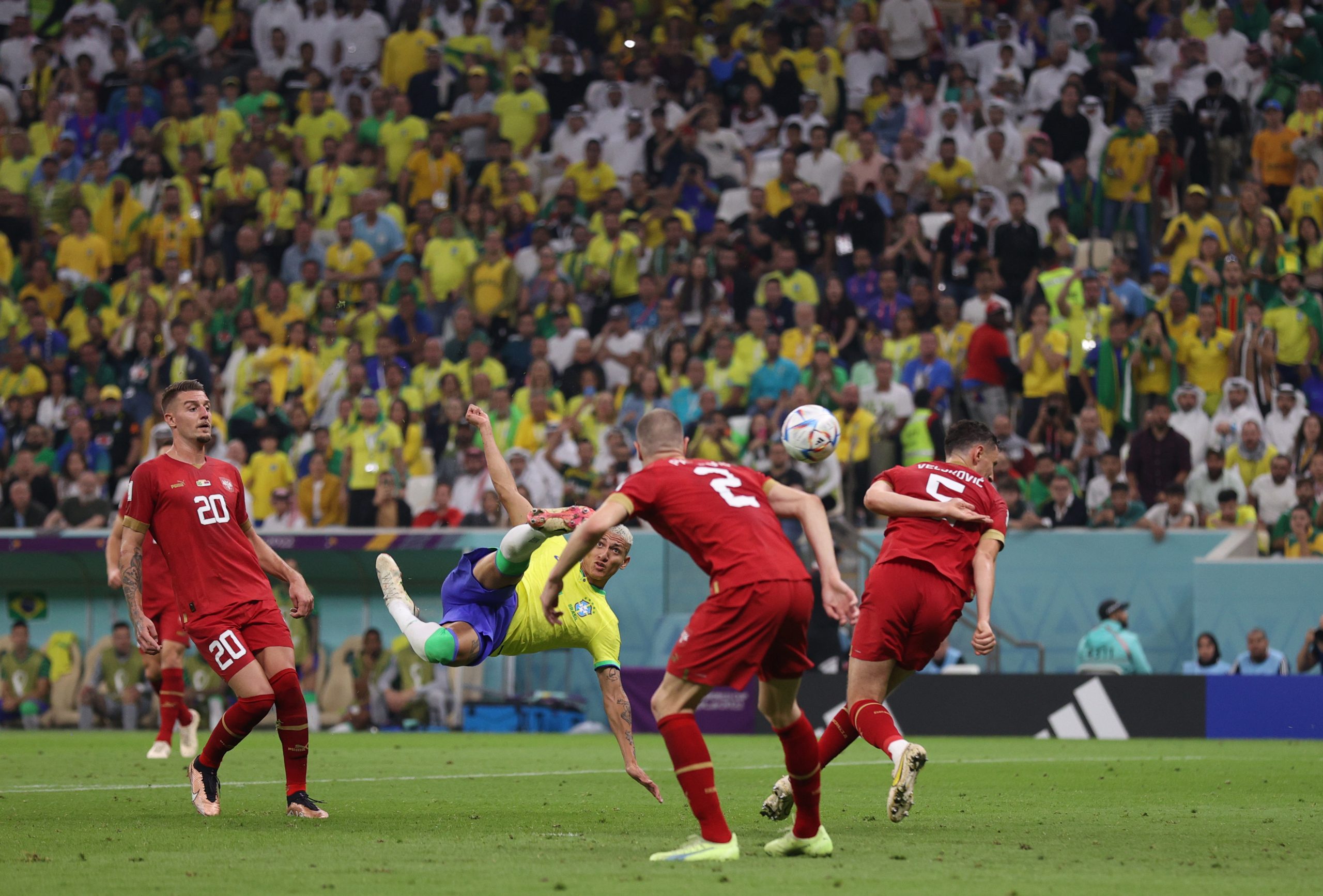 A dazzling 11-minute second-half brace from Richarlison propelled Brazil to the top of Group G in a perfect Copacabana start to FIFA 2022.

The Antonio Conte's forward scored a rigorous first and a spectacular, acrobatic second as the five-time champions claimed a well-deserved victory.

Serbia proved tough opponents during a tight first half, but the Seleção Canarinho accelerated through the gears after the half-time break when Sandro rattled the post from fully 30 yards.

While that goal was shot in with the Spurs star's shin, his second was as pure and flawlessly executed as any at this World Cup. Vinicius Junior provided another assist before Richarlison swivelled and directed an inch-perfect overhead kick into the bottom-left corner.

ANDREY RUBLEV BACK TO DEFEND HIS MUBADALA...