Europe's biggest celebration of urban music and pop culture, the Wireless Festival, is coming to the Middle East for the first time. The 2023 inaugural edition will be held at Etihad Park, Yas Island, Abu Dhabi, on March 11th 2023. It promises to be the event of the year, with multiple stages, over 13 live performances, F&B, and winning activations. 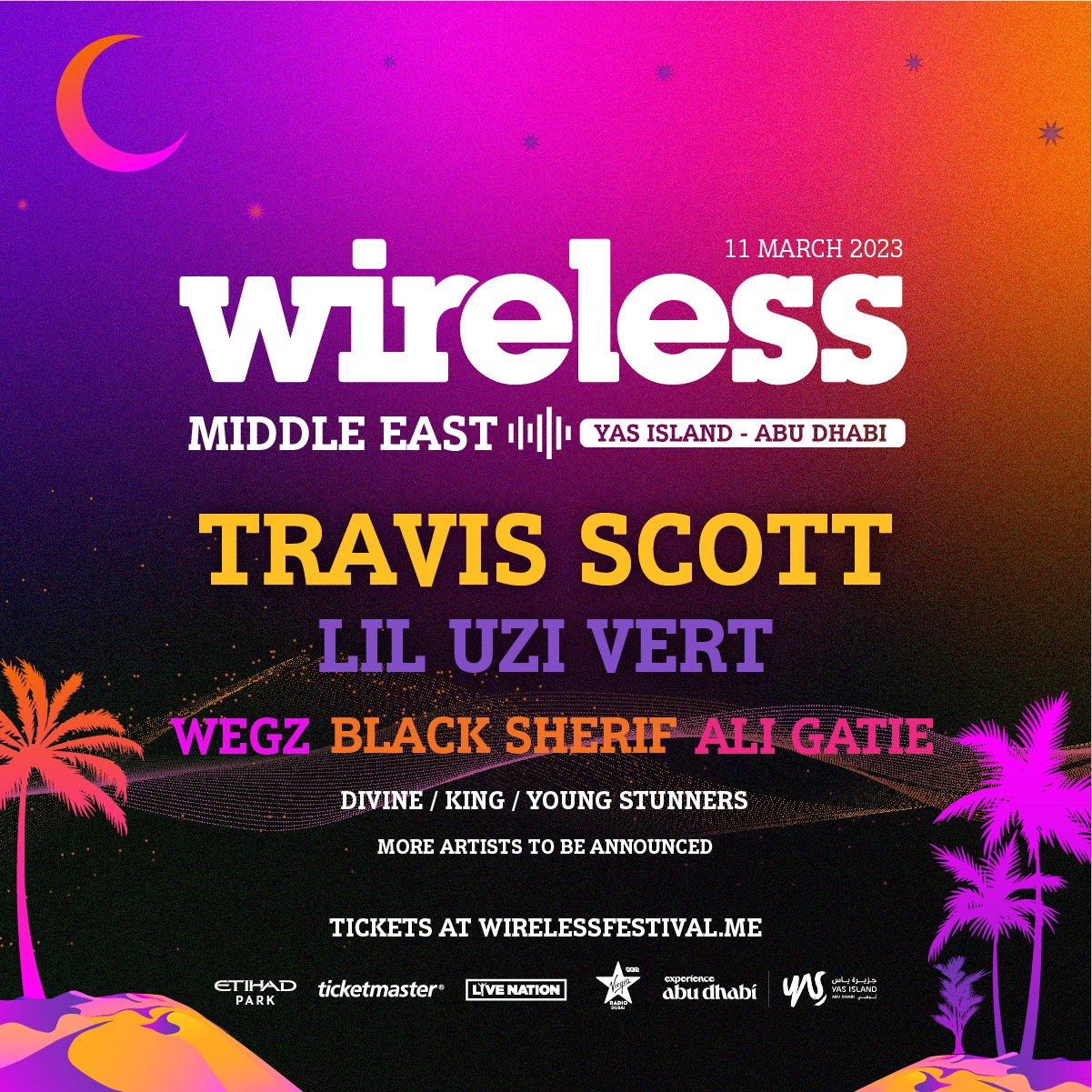 Wireless Festival first took place in London in 2005 and has since become a stand-out event on the international festival circuit. In addition to its jam-packed musical line-up, Wireless is known for its high-energy vibe, immersive experiences and activations that deliver on the dreams of both first-time festival-goers and seasoned spectators. 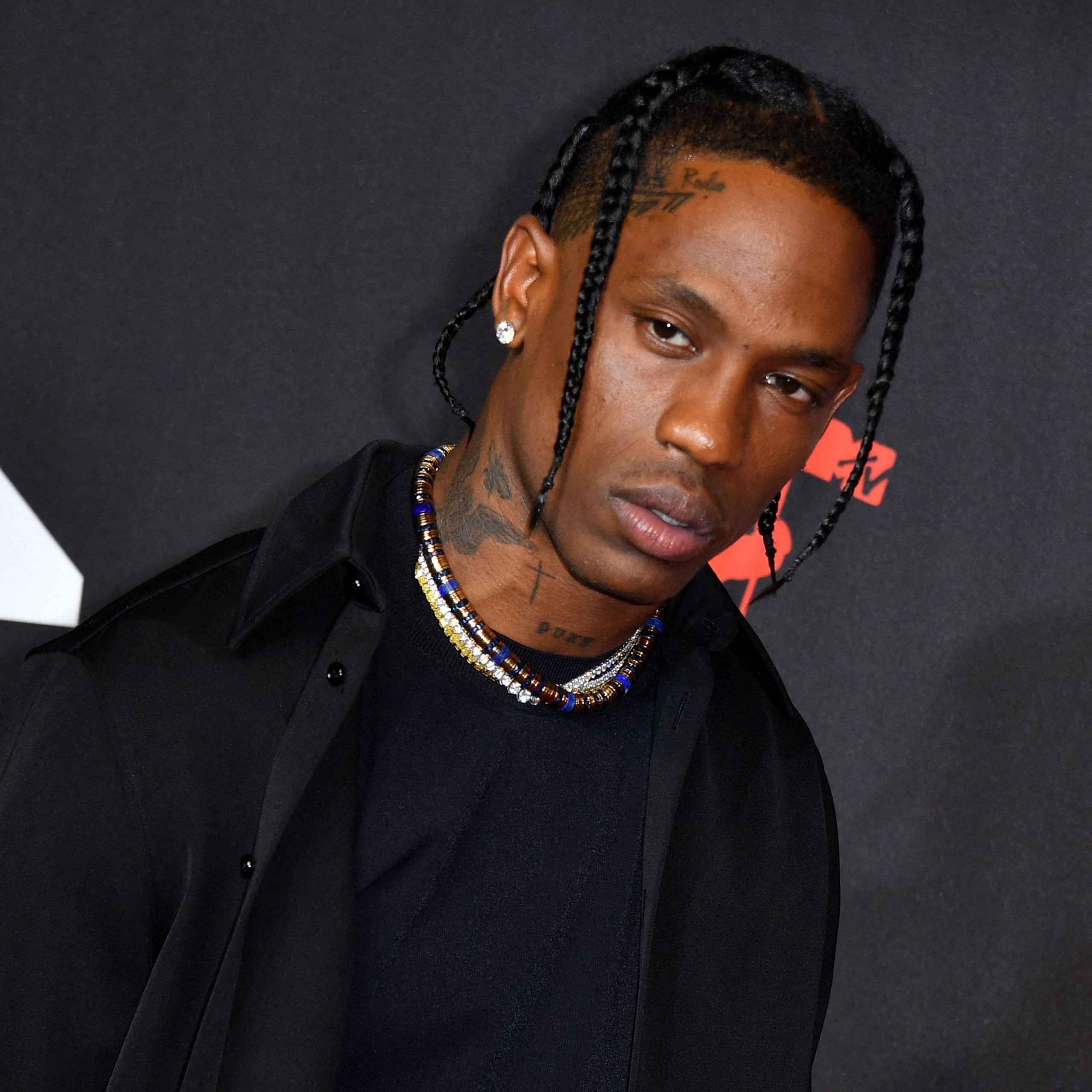 Headlining the event is internationally acclaimed rapper Travis Scott. The diamond-certified eight-time GRAMMY® Award-nominated artist and Cactus Jack record label founder is lauded for changing the course of hip-hop with a procession of groundbreaking albums and conversation-starting moves.

Travis Scott has ignited the Super Bowl, starred in his own NETFLIX documentary, and scored a place on President Barack Obama's Playlist. Travis has over 40 billion streams and counting, in addition to dozens of gold, platinum, and multiplatinum certifications around the globe. He set the precedent for online performances with his Fortnite event ASTRONOMICAL, breaking records, making history, and drawing an audience of tens of millions.

The superb American rapper Lil Uzi Vert will take to the stage right before Travis Scott. Revered in the rap game and instantly recognisable for his eccentric style, Lil Uzi Vert has built a massive following based on his melodic emo approach to trap. He attracted mainstream attention following the release of his debut single, "Money Longer", in 2016. Since then, he has worked with industry powerhouses, including Migos, Fall Out Boy, Wiz Khalifa, Rich the Kid, and 21 Savage. Festival-goers can look forward to his unique take on rap and his large repertoire of songs, including "Money Longer", "Just Wanna Rock", and "20 Min".

A host of the region's biggest rappers from across South Asia and the Middle East have also been confirmed to join Wireless Festival. Egyptian trap artist, Wegz, who performed the official World Cup 2022 song Ezz El Arab (Arab Glory) with a spirited set that closed out the FIFA World Cup in Qatar, will join the Wireless line-up. Ghanaian singer and rapper Black Sherif will also perform some of his hits. Having gained popularity in 2021 with his first song, "First Sermon", Black Sherif has gone from strength to strength with his blend of highlife, reggae, hip-hop, and UK drill.

To add some Iraqi-Canadian flair, Ali Gatie will take to the main stage to bring his unique music style influenced by popular artists, including Ed Sheeran, Frank Ocean and J. Cole. Ali Gatie shot to fame with his 2019 song "It's You". The singer-songwriter will take festival-goers on a lyrical journey with his pop and R&B-influenced chart toppers. Finishing off the selection of confirmed artists are the Indian singer and rapper King, Indian rapper Divine, and the Pakistani Hip-Hop duo Young Stunners. However, fans will want to keep their ears open and their eyes peeled for upcoming announcements.

It’s Not Over Yet! MOTN Festival Extended by...