Where to watch New Year’s Eve fireworks in Abu Dhabi 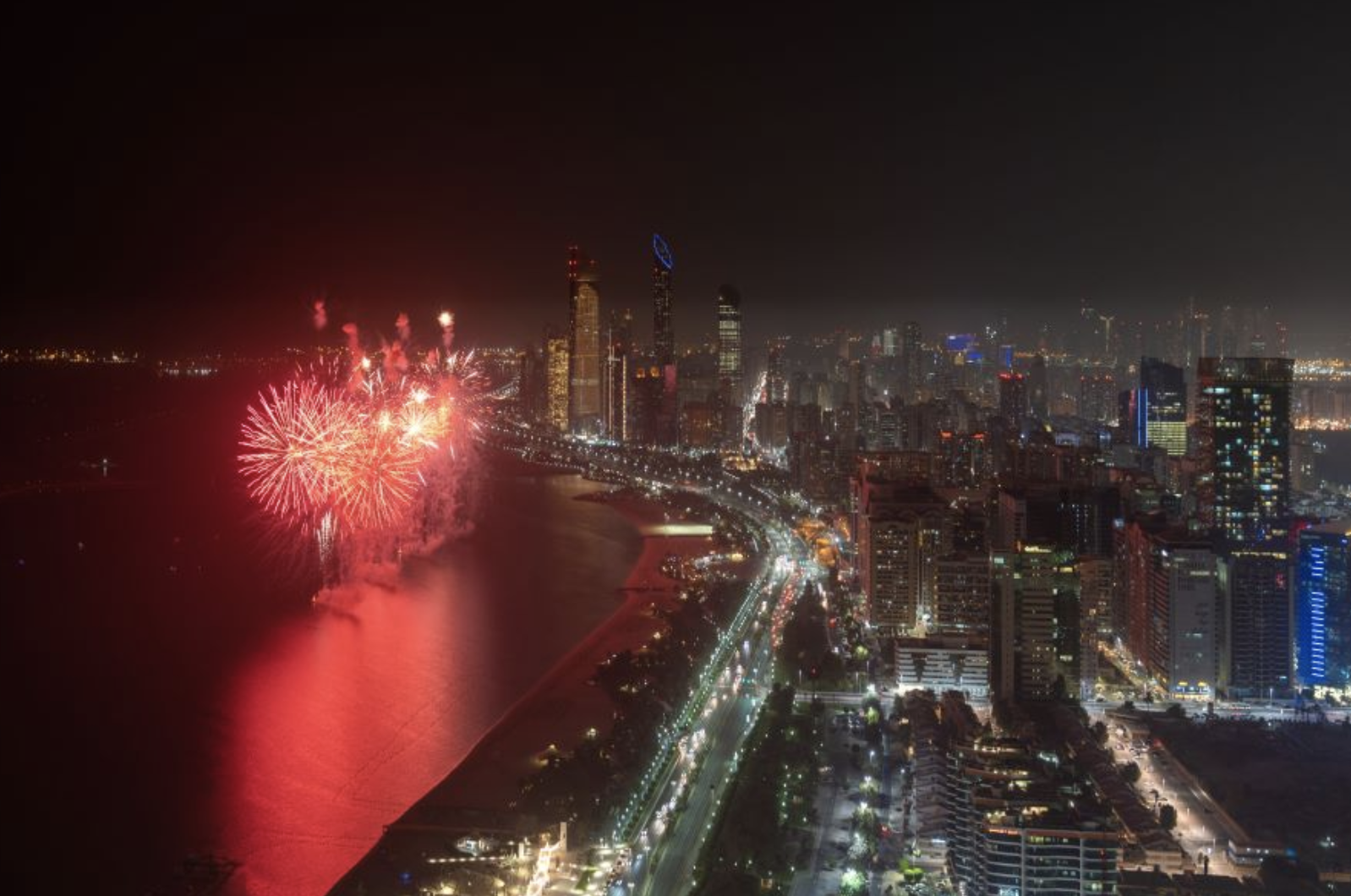 Fireworks will light up the skies of Abu Dhabi on New Year's Eve at the stroke of midnight.

The fireworks show will amaze audiences and will be preceded by an exciting countdown—ring in the New Year by the beautiful shores of Abu Dhabi Corniche. 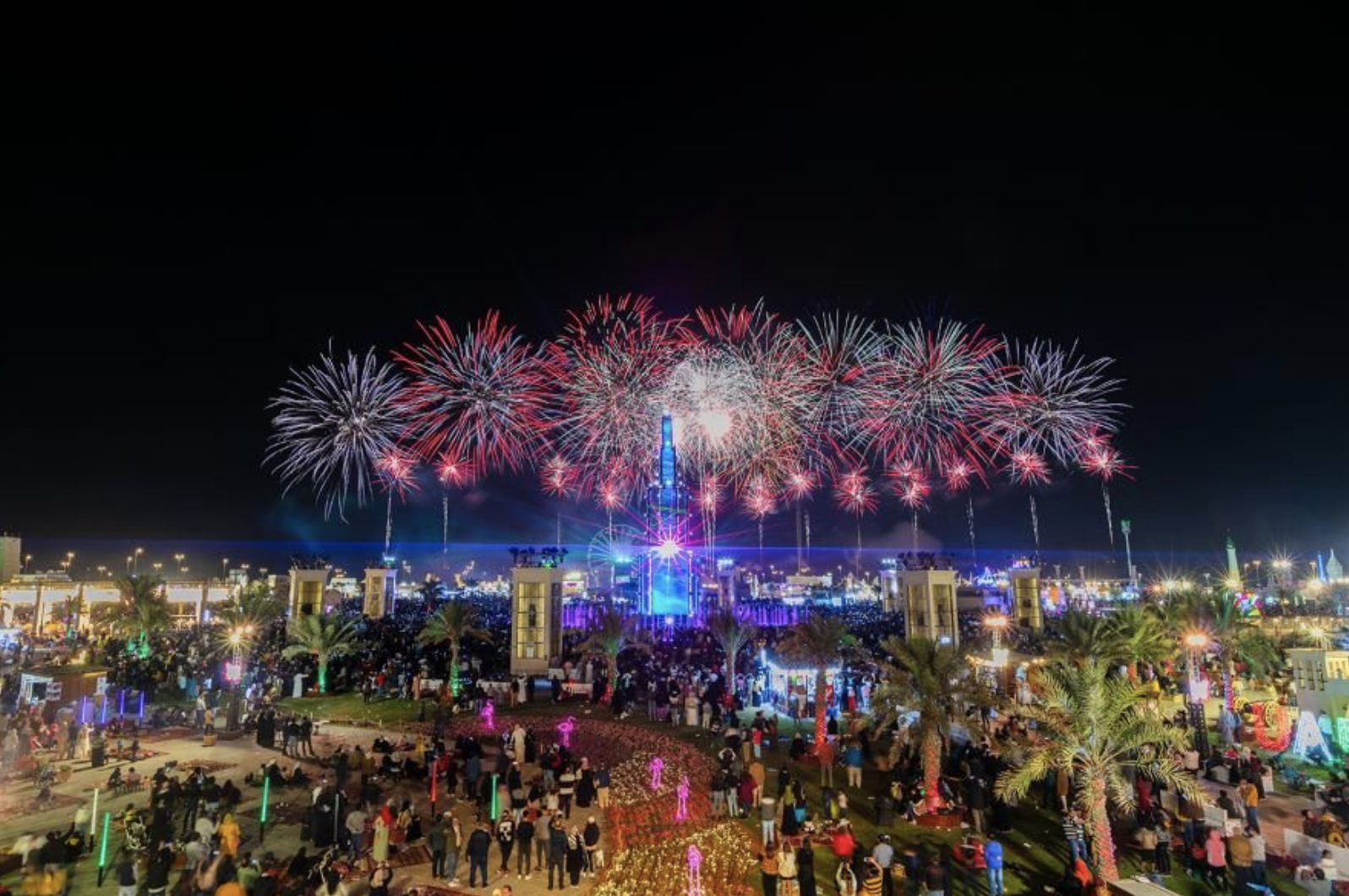 The Sheikh Zayed Festival will welcome the new year in style with a series of celebrations you don't want to miss!

The festivities include an exclusive Drone Show, 'Welcome 2022' with 2022 drones for the first time globally, and the longest fireworks show ever created. The largest fireworks show spanning 40 minutes will break three Guinness World Records in volume, duration and form.

Enjoy the fireworks set to beautiful music and a dancing fountain. Visitors will be dazzled by the spectacular record-breaking festivities, international shows and parades from around the world.

The Sheikh Zayed Festival is a cultural entertainment event which celebrates the authentic values of the local society and pass on their pride and honour to future generations and the whole world as a whole. 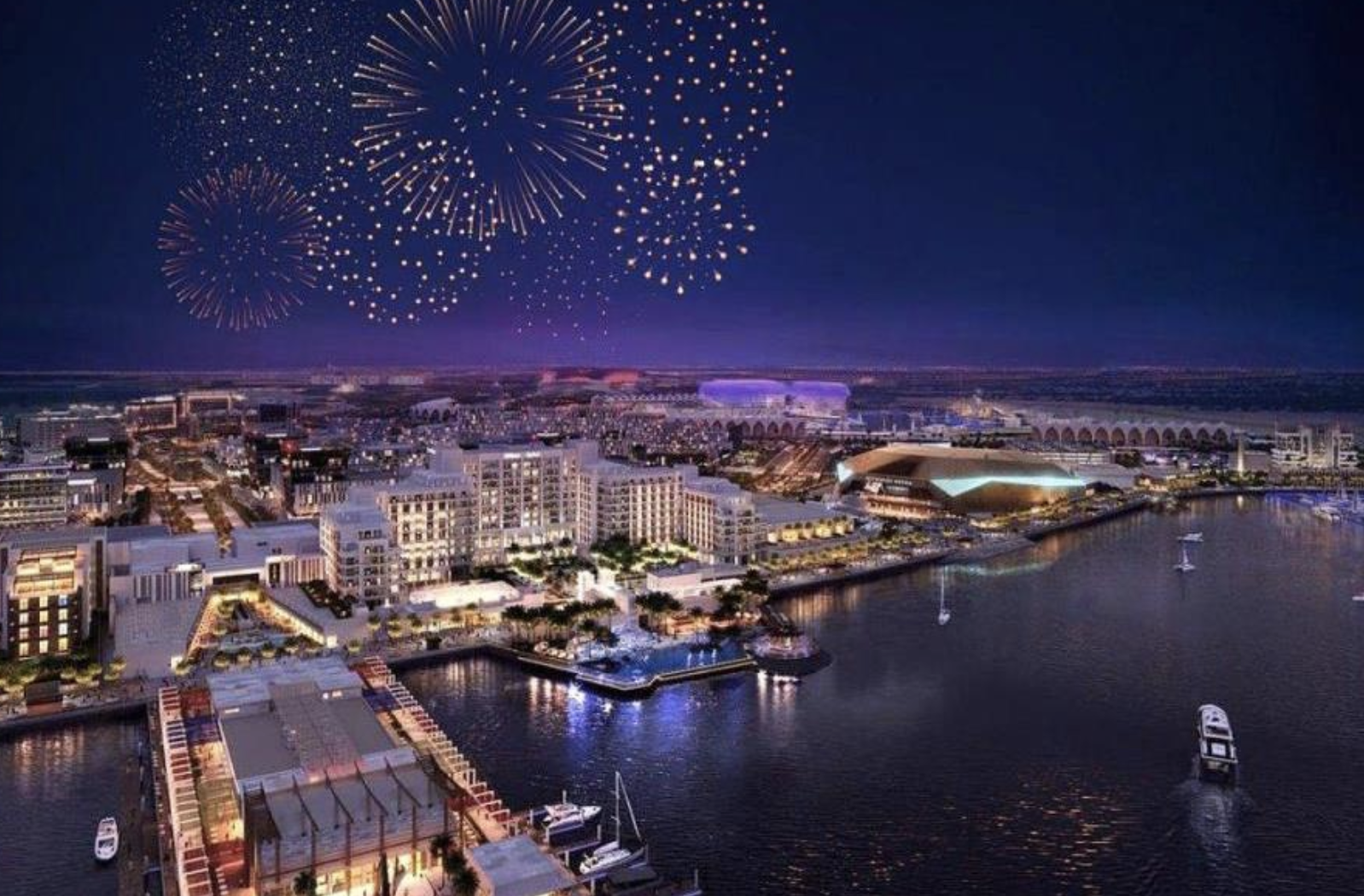 The Waterfront is a new vibrant leisure and entertainment district, which includes hotels, cafés, bars and restaurants, a beach club as well as the award-winning Etihad Arena. Besides the fireworks, plenty of other fantastic entertainment is coming to the Yas Bay Waterfront.

The celebrations will mark another impressive display with precautionary measures to ensure the health and safety of attendees. 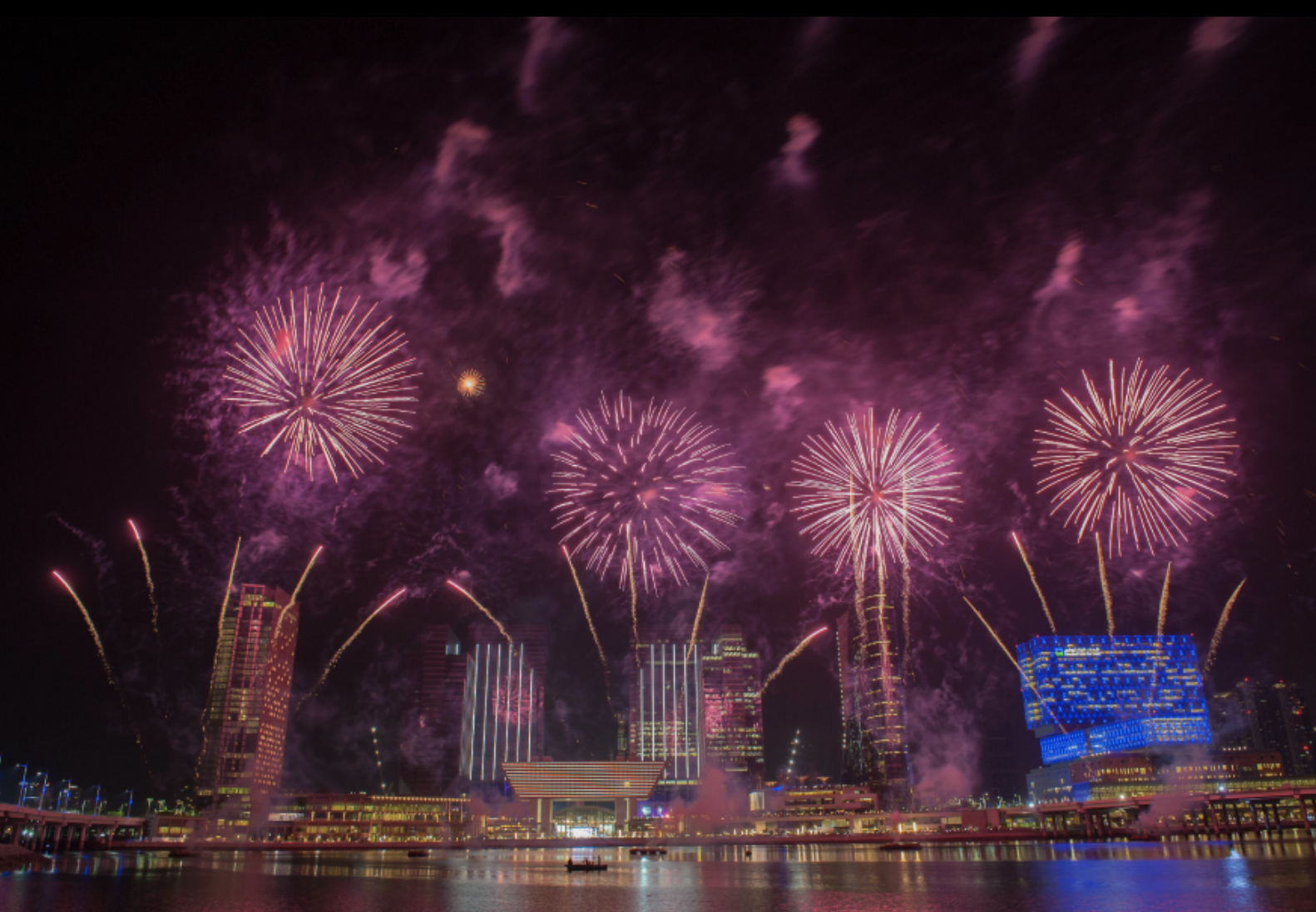 Be mesmerised by a spectacular fireworks show to ring in the New Year than on Al Maryah Island.

The venue will also host a blockbuster New Year's Eve concert featuring some of the region's most popular stars. Hussain Al Jassmi, Elissa, and Balqees will wow the audience with excellent performances. 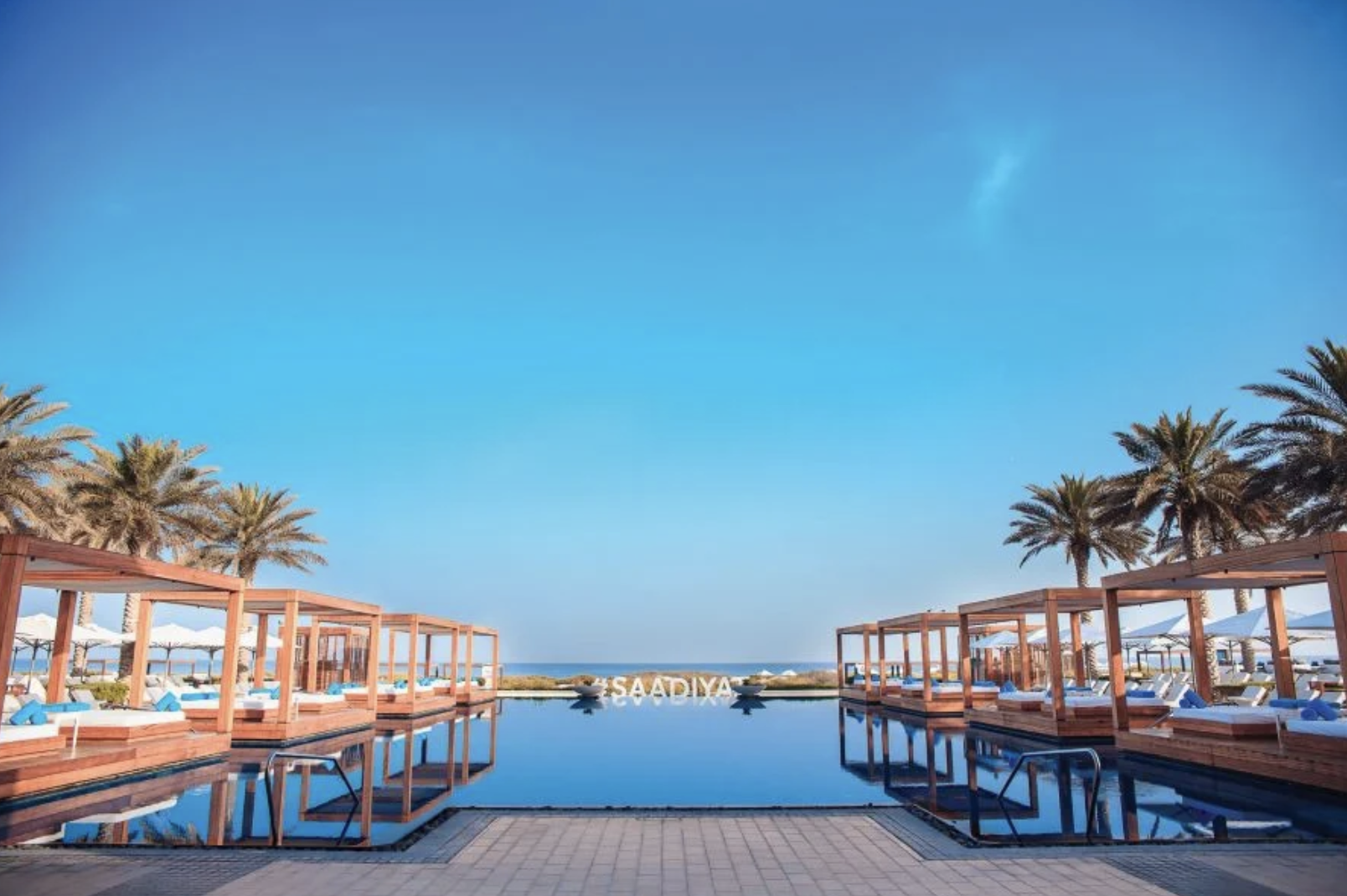 Ring in the New Year by the beautiful shores of Saadiyat Island!

A fireworks dispaly will light up the skies of Saadiyat Beach Club, Abu Dhabi, to ring in 2022 with a spectacular show!

Welcome 2022 with a grand New Year's feast of endless foodie wonders along with a memorable fireworks show.

Guests dining at the beach club will have complimentary access to the event.

For bookings and further information, call +971 2 656 3555 or email at safina@saadiyatbeachclub.ae. 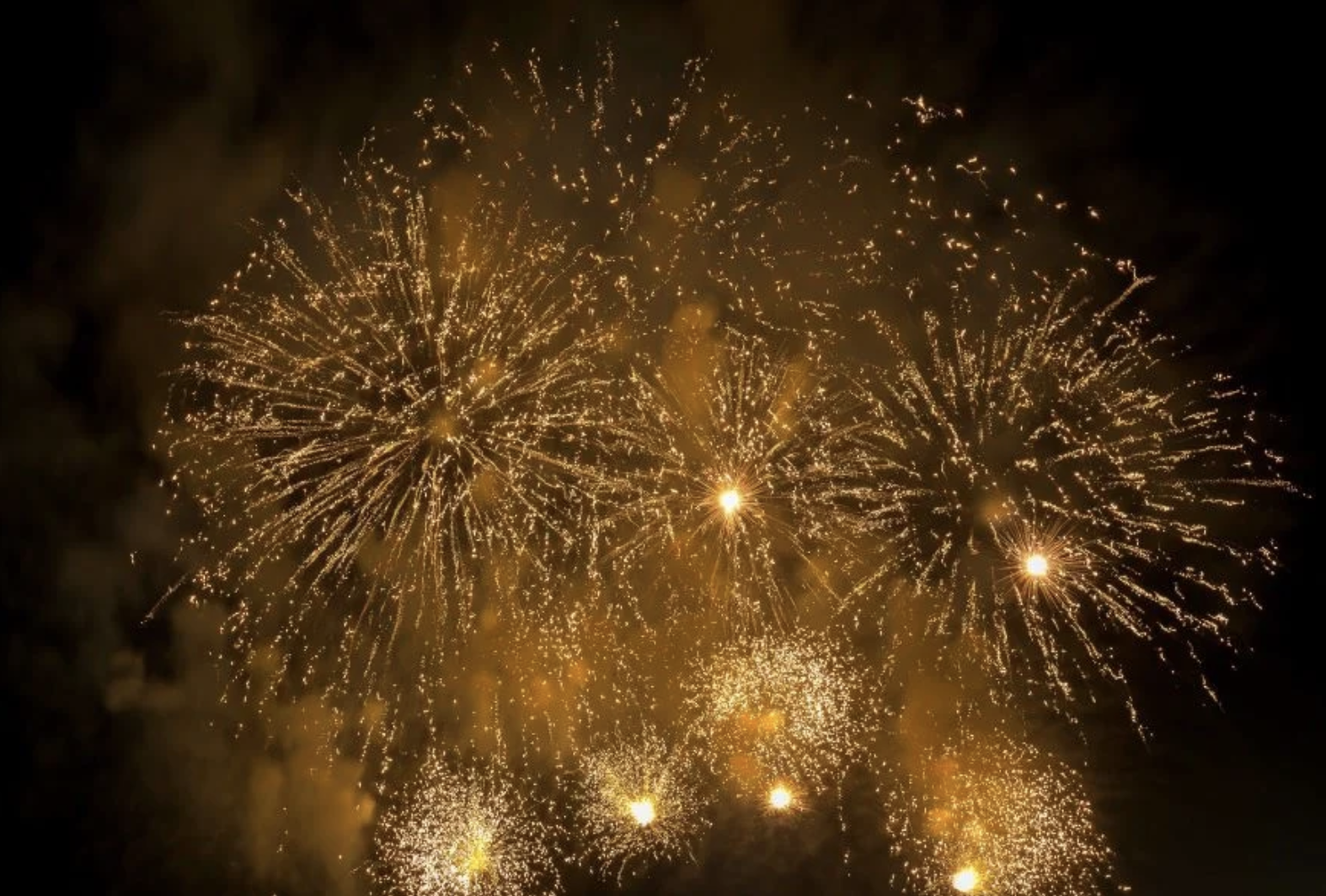 Al Ain's Hazza bin Zayed Stadium will host a firework bash that will keep you mesmerised.

Fireworks displays will light up the skies of Al Ain on New Year's Eve at the stroke of midnight.

If you are in Al Ain, don't miss out on the spectacular sights at Hazza Bin Zayed Stadium!

Scintillating fireworks will be displayed on Al Dhafra's night skies at the stroke of midnight.

Al Dhafra is the UAE's most adventurous off-road driving experience and hosts some of the country's best scenery, including the biggest dunes this side of the Sahara. The area's rich and fascinating history is brought to life through myriad ancient forts set against dramatic landscapes.

Abu Dhabi: Free parking and no toll charges during the NY holiday

Fireworks and Live Entertainment at The Beach,...