Why Bakhoor is Among the UAE’s Favourite Gifts

The sighting of the crescent moon marks the beginning of Ramadan and a time of reflection for Muslims across the world. In the UAE, Ramadan traditions range from family gatherings to gifting, which embodies the giving spirit of this very special time.

Whether it is exchanging gifts between family, friends or colleagues, Ramadan gifting represents a token of appreciation, strengthening bonds and bringing people closer together. A tradition that has been passed down through generations in the UAE, gifting perfumes is the most cherished of all.

Perfumes and fragrances, especially that of bakhoor, which is believed to have been used regularly by Prophet Muhammad (PBUH) and his companions and in even larger quantities on Fridays, have always held pride of place among gifting traditions during the Holy Month. 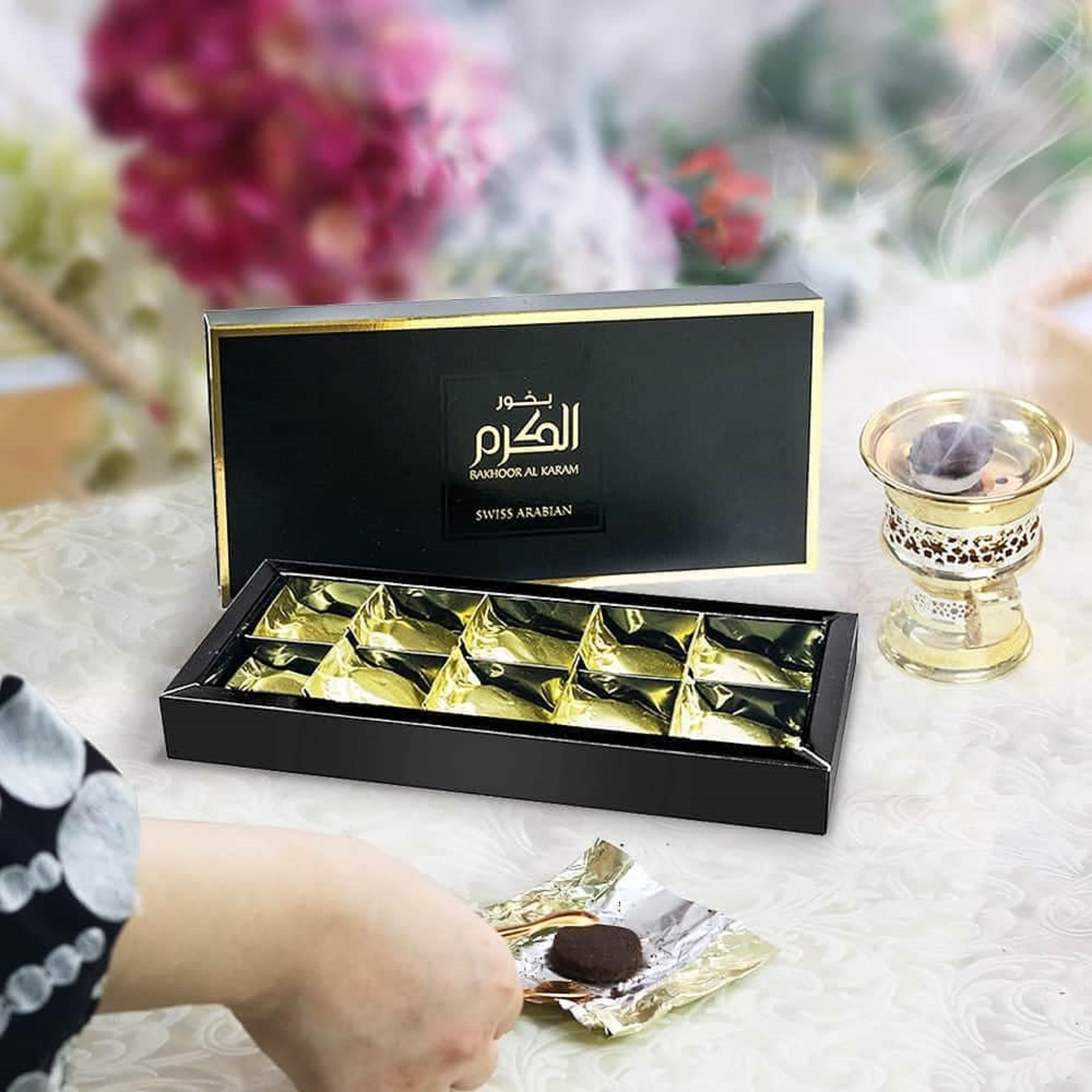 The fragrant tradition of burning bakhoor for various occasions became an essential part of Ramadan. As pieces of wood are placed on top of flaming coal, a relaxing Arabian fragrance fills the air with a warm, rich scent. A beautifully decorated incense burner, with carvings and embellishments, namely the mabkhara, releases smoky hints of nostalgia and tradition.

Inside a mabkhara, the sizzling bakhoor is made of agarwood chips that had been soaked in jasmine or sandalwood for softer and sweeter scents or amber and citrus for crisp, rougher notes. Compressed and shaped before being packaged into flat, square blocks of equal size, the chips are then burned to release plumes of smoke.

In the Middle East, bakhoor is widely used not only for perfumes but also in everything from 5-star hotels to residences. Its history is as rich as its fragrance; used for thousands of years, bakhoor first originated within Arabia's nomadic Levantine tribes who, upon setting up camp, would burn the chips for fragrance and to repel insects.

Greeks and Romans are known to have used bakhoor in religious rituals; it would be transported over thousands of miles up to the Mediterranean before it could be traded in Europe. Bakhoor was also used in vast quantities by the ancient Egyptians.

It is also associated with religious sites; for example, around 60 classic mabkharas are used daily in Saudi Arabia to perfume the Holy Kaaba and its surrounding areas to promote serenity and wellbeing. 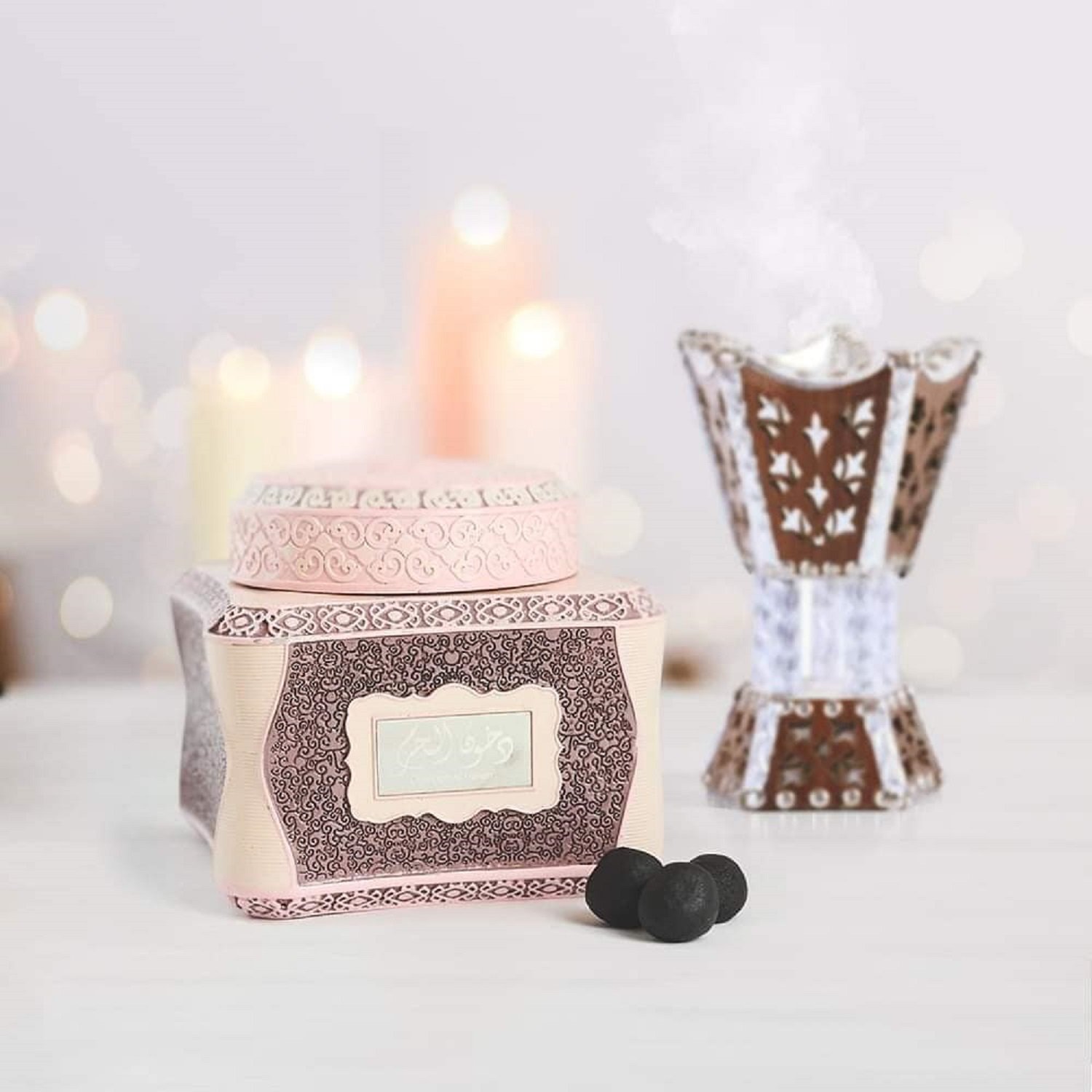 There are many kinds of bakhoor, with applications depending on the occasion and whether it is for a man or woman. Women often like to make their own perfumes by mixing various ingredients and drying them in the form of small disc-like tablets: these are called dukhoon. Bakhoor may also be used on clothes, as the scent permeates fabric, giving it a pleasant smell.

Many homes and spaces prefer burning bakhoor over lighting candles or using sprays. Moreover, house guests in a majlis (group gathering) tend to pass it around as a gesture of hospitality. During Ramadan, bakhoor reigns supreme, with many Gulf homes and commercial spaces opting for the mesmerising fragrances of this magical ingredient at the times of iftar, suhoor and beyond.

Swiss Arabian, the leading fragrance house in the region, has curated a selection of bakhoors for the Holy Month. Boasting perfumes and essential oils of the best quality, the range evokes majestic, elegant vibes to suit every need. Some of these fragrances include Dukhoon Al Jazeera, Dukhoon Al Haram, Dukhoon Al Naseem, Oud Muattar Angham and Dukhoon Al Karam.

How to identify a good perfume

HOT YOGA? CHECK OUT THESE PROS AND CONS

How to identify a good perfume

The Best Routines for Getting Rid of Dark...

What’s in my Beauty Stash?

5 DIY Facial Serums That Can Give...